17-Apr-2017 – Latest News Landscape Architecture April by Brett Lezon | Edition No. 3 out of 4 In this week’s Latest News in Landscape Architecture we highlight Atlanta’s walkable and transit-oriented corridor known as the BeltLine, feature a cool guidebook for city planners, and examine Kathmandu’s hazy situation. Additionally, we showcase a book about the landscape architecture practice, Hoerr Schaudt, and don’t forget our YouTube Tutorial of the Week! This week we share a resource geared towards improving 3D trees in Sketchup renderings.

10 of the Best Stories in This Week’s Latest News Landscape Architecture April:

Throughout, this 7-minute tutorial, the presenter showcases the Laubwerk plugin for Sketchup, which boosts the quality of three-dimensional trees in your renderings. Keep in mind that this plugin works on Sketchup 2015 and higher. Related Article: Top 10 Hints & Tips For SketchUp

When Ryan Gravel submitted his graduate thesis for his master’s degree in architecture and city planning in 1999, he didn’t imagine that his plan to transform a 22-mile (35 km) loop of abandoned railway lines that circled downtown Atlanta into a walkable and transit-oriented corridor would become reality. Several years later, Gravel presented the plan to city council member Cathy Woolard and she highly supported it. Eventually the two partnered and worked to build the concept into today’s result—one of the biggest U.S. urban redevelopment projects in history at nearly $4 billion. “Only about five miles (8 km) of trail are complete at present, but that section of the trail is wildly popular, said Gravel. Construction on transit is beginning soon, and by 2030, the BeltLine is slated to include 22 miles (35 km) of streetcar tracks, a 33-mile (53 km) network of trails, 1,400 acres (566 ha) of new parks carved out of old industrial lands, and up to $20 billion in total estimated economic development. Just a couple of weeks ago, an $80 million mixed-use development was announced along the completed section of the trail.” Related Article: The Flying Parks – From The Highline in New York to The Promenade Plantée in Paris! WATCH >>> How an old loop of railroads is changing the face of a city | Ryan Gravel

For a bustling metropolis such as Shanghai, a generic urban farm wouldn’t work. Recently, Sasaki announced plans for an incredible 100-hectare urban farm that will serve as a farming laboratory, center for innovation, interaction, and education. Titled the Sunqiao Urban Agricultural District, these vertical farms align neatly with Shanghai’s existing cityscape and add a green counterpart. Related Article: 9 Ways to Incorporate Edible Planting into the Urban Landscape

According to the World Health Organization, around three million deaths every year are linked to exposure to outdoor air pollution. As a result, cities like Madrid, Athens, Tokyo, and Mexico City are implementing car-free policies, whether that’s a pricing scheme or a low-emission zone. Additionally, cities such as Oslo, Bogotá, and Hamburg have broader urban planning goals and are using bicycles, public transportation, and open space to develop a greater sense of place in hopes of getting people out of their cars. Though New York City and Los Angeles (as well as many other small, mid, and large US cities) have recognized the movement, no American city has actually taken a stance against cars. Related Article: How to Transform a Road into a Spectacular Park 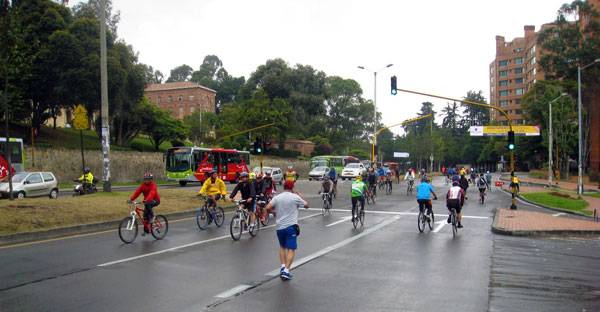