10-Apr-2017 – Latest News Landscape Architecture April by Brett Lezon | Edition No. 2 out of 4 In this week’s Latest News in Landscape Architecture we feature an exciting list of recently opened and soon-to-be completed urban parks and public spaces, highlight a proposed park under an interstate highway in Boston, and examine how Paris is tackling their air pollution and traffic issues. Additionally, we showcase a book about urban forests, and don’t forget our YouTube Tutorial of the Week! This week we share a resource that will bolster your presentation graphics.

10 of the Best Stories in This Week’s Latest News Landscape Architecture April:

Throughout, this 15-minute tutorial, the presenter demonstrates how to create a 3D isometric map in Photoshop. This application could be useful for showing your site’s topography, natural features, or density. Related Article: 7 Top Photoshop Tutorials for Digital Rendering

We’re over one week into World Landscape Architecture Month (WLAM) 2017 and in the past decade or so landscape architecture has quickly become an anchor to urban design and how urban parks and public spaces are envisioned. From the Portland Japanese Garden Expansion to Constitution Gardens in Washington, DC and Chicago’s Riverwalk—these are just a few exemplary urban projects that recently opened or will open later this year. Related Article: 10 of the Best Urban Projects in the World 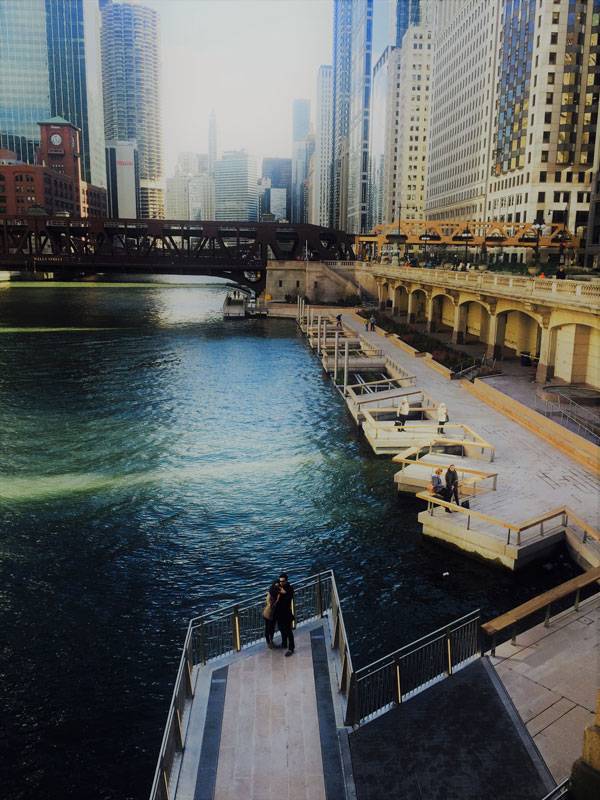 Come June, a bleak underground section of Boston’s Interstate 93 will become a vibrant urban park. Known as Ink Underground, this space will traverse eight acres and serve as a major connector between the South End and South Boston neighborhoods. Designed by Landing Studio, the design team hopes that this proposed infrastructure will be multifunctional, providing visitors new space for recreation, connectivity, while managing storm water. “Visitors can take advantage of everything from public art walls and a dog park to a night market and pop-up food and beverage experiences,” said Marie Adams, designer and co-founding partner of Landing Studio.

“The purpose of this book is to examine urban forests in cities around the world. It will ask questions about the history, composition, structure, and management of trees in urban areas. Data for this book was collected in 33 cities across broad geographical areas known as biomes. Constraints and opportunities imposed on urban forest composition, design, and management by the ecological characteristics of these biomes will be examined. The book will also address the cultural and historical factors that influenced the characteristics of urban forests around the world.” Related Article: Is Detroit Turning into An Urban Forest?

While some mayors continue to talk about their city after cars, Mayor Anne Hidalgo of Paris has been busy implementing improvements. In her three years as mayor, the Georges Pompidou highway next to the right bank of Paris’s Seine River has become car-free, a new electric bus will replace two lanes of traffic on a major road, and by 2025 all diesel cars will be banned. Ultimately, all these examples demonstrate the city’s commitment away from cars, led by a mayor who has called personal car ownership “archaic.” “I doubt we will ever see a car-free city, but we must see cities free from polluting vehicles,” says Hidalgo. “That is why we are working every day to create a green city ready for the future.” Related Article: Pedestrianized Landscapes Embracing The People