Pedreira do Campo by M-Arquitectos, in Vila do Porto, Ilha de Santa Maria. Do you know that one can find thirteen protected areas in Santa Maria, Portugal? Azores, or Açores in Portuguese, is a transcontinental archipelago composed by nine islands that constitute the basic management unit of the Regional Network of Protected Areas of the Azores, as reported by the Government of Azores. Azores is one of the two autonomous regions of Portugal, and it was divided in three geographical groups: the West Group composed by Corvo and Flores (Flowers) Islands, the Central Group that integrates Terceira, Graciosa, São Jorge and Pico and Faial Islands, and the Eastern Group, composed by São Miguel and Santa Maria. An Island With Only 550 People According to Azores Commune, Santa Maria is located in the parish of Vila do Porto and it is the third smallest island of the Azores with a population of only 550 people in approximately 97km² of surface area. Located in Vila do Porto, the Natural Park of Santa Maria was created in 2012, and it was established with no less than thirteen protected areas. One of them is the Natural Monument of Pedreira Campo, where M-Arquitectos implemented a landscape solution as part of an environmental rehabilitation project. 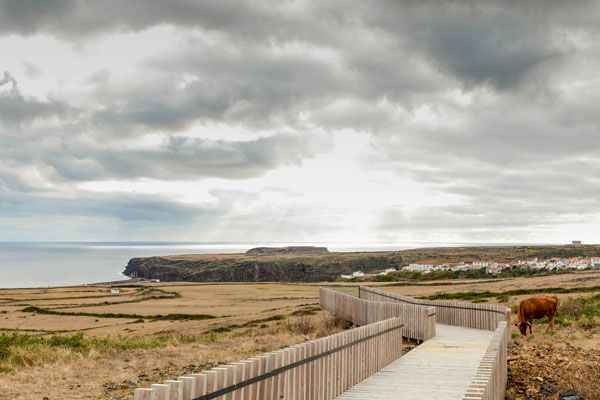 In an unique scenario like the scenario of Açores, in which there is a geological context with extreme scientific importance, there is no doubt that the main challenge that M-Arquitectos encountered was designing a solution that seemed as natural as possible while integrating the intervention project and the island’s nature. Based on this idea, M-Arquitectos suggested a new catwalk, seamlessly integrated with the existing one, allowing visitors a unique view of the island and its natural beauty. 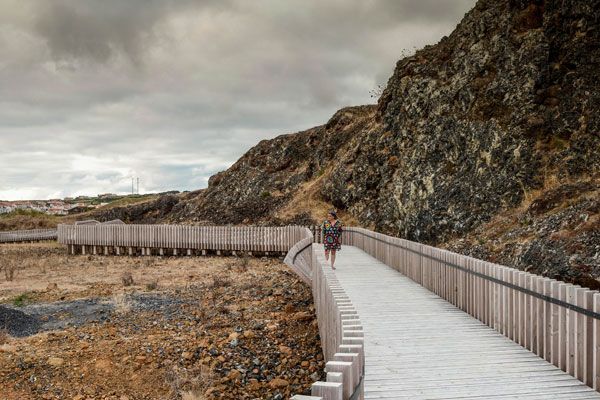 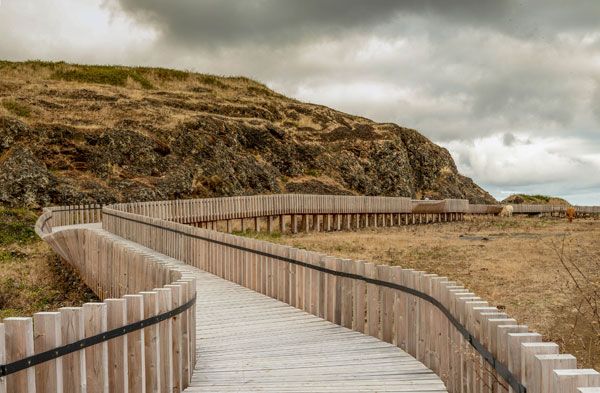 A Closer Look at the Drawings The first aspect that makes this solution special is the Landscape Design Study. As we go through the drawings of the project, it is clear how the M-Arquitectos took advantage of the potential of the surrounding landscape. The architects designed more than a footway that takes you – quickly or not – from one side to the other. They designed a path in which one can explore the history and nature of the place while providing leisure with a sustainable solution and enhancing the geological heritage 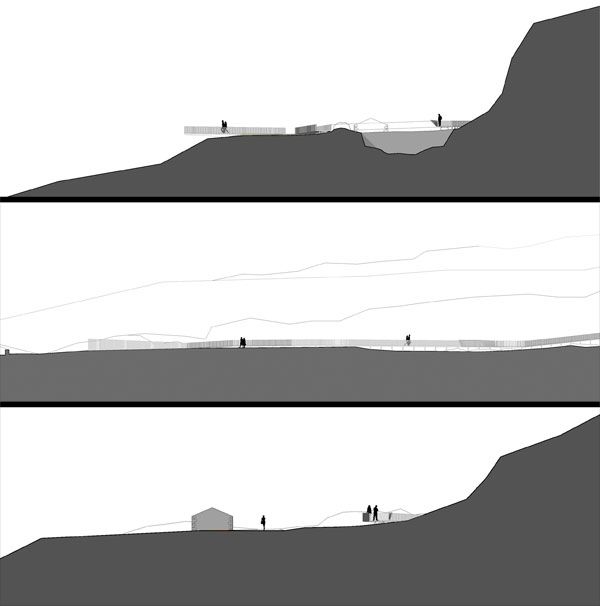 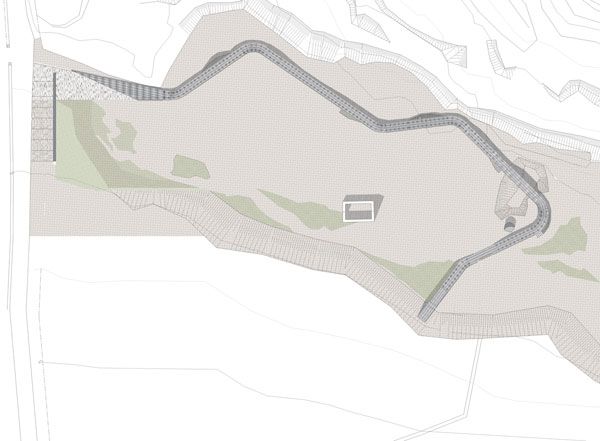 Plan of Pedreira do Campo. Image courtesy of M-Arquitectos

The Inclusion of Information Points Over the catway, there will be a set of information panels fixed in predetermined points explaining the subject in question and complementing the information with specific scientific guidance. In addition, there is a variety of views that can be contemplated by tourists in the course of the catwalk, from the uneven and rocky terrain to a vantage point over the sea. Certainly, all this integrated is a result of a terrific landscape planning. 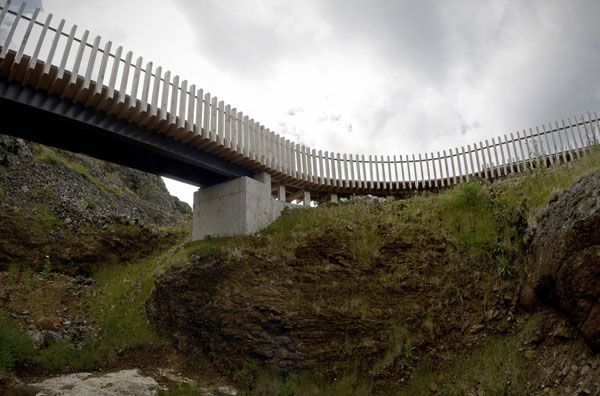 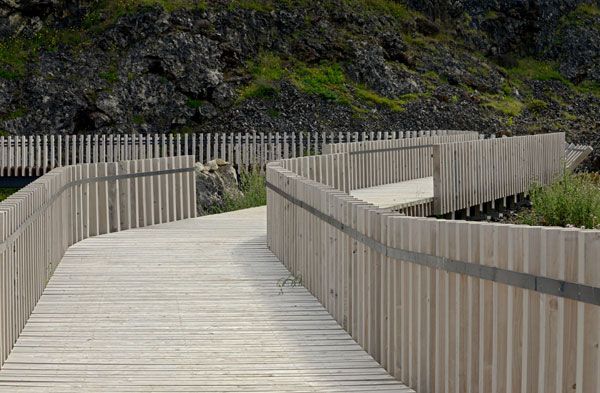 Design with Respect to the Existing Topgraphy The second aspect that makes this solution special is the decision to minimally interfere with the topography. Fortunately, it appears that instead of adapting the soil to the catway, M-Arquitects designed the path respecting the existing topography, which can be inferred from the catway level profile. The catway is raised in relation to the irregular and rocky terrain. Making an elevated path not only preserves the existing topography, but also minimizes the sealing of land. Probably this is the key to the integration of the project to the existing landscape making sure nature is respected at a minimum intervention level. 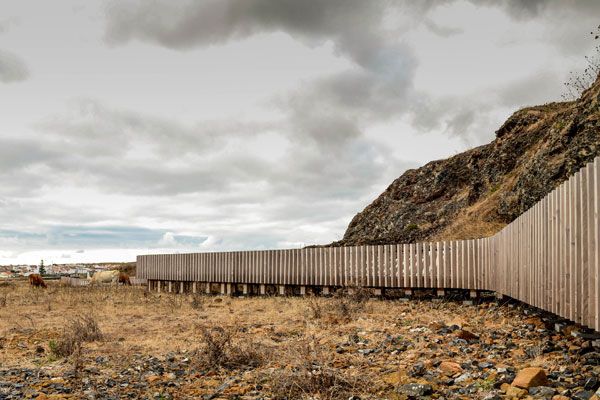 The third aspect that makes this solution special is the shape of the catwalk. Presumably the organic shape was a consequence of the natural topography. However, its elegance and the variety of great views that it provides were absolutely well thought by the designers. Undoubtedly, the walking path is full of surprises and provides wonderful views such as those over the sea. Related Articles:

The last aspect, but not the least, that makes this solution special is the material used. The catwalk is made of solid wood, which is the perfect choice of material for the intervention. The characteristics of the woods such as color, texture, structure and water content guarantee integration with the surroundings, avoiding an imposed intervention in the natural monument. 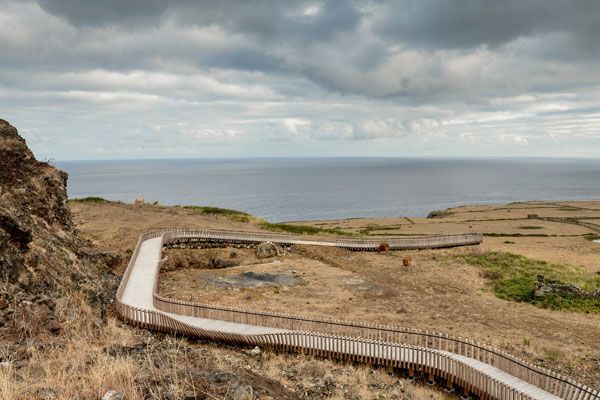 Questions About the Choice of Materials Unfortunately, there is no information about the sourcing of the woods and whether it is from sustainable sources or not. One can imagine that after many well thought aspects, this one would certainly reflect their environmental awareness. Pedreira do Campo’s catwalk is more than an example of respect to the nature. The path appears as natural as it could be and almost seems to be a part of the surroundings. It provides considerable views worth the moderate effort and recreation to the local community and visitors, while preserving the nature and providing information about the history of this magnificent place. 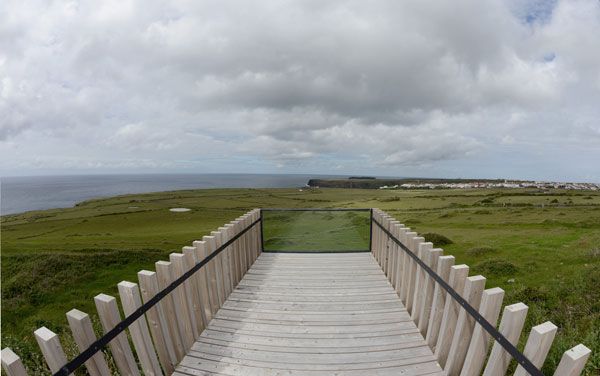 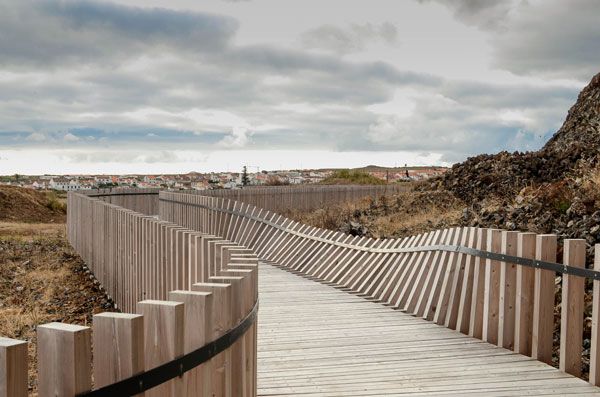