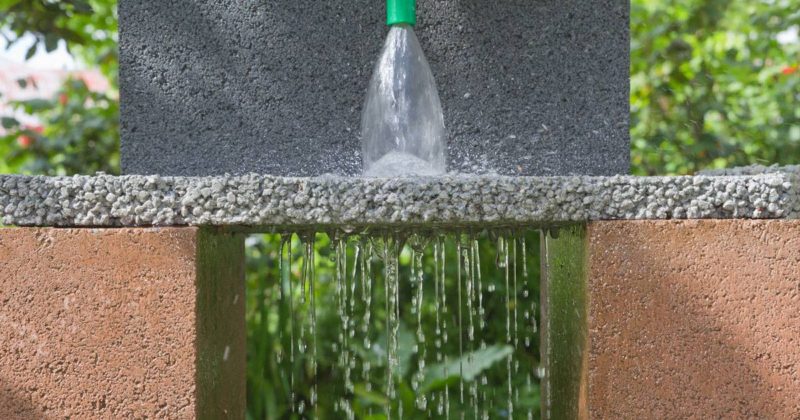 Article by Frank Bourque – We look at the idea of permeable pavement with industry expert Robert Bowers and investigate why we need it more than ever in the world. Could the pavement industry be on its way to a revolution? We interviewed Robert Bowers, P. Eng., LEED Green Associate and Director of Engineering at the Interlocking Concrete Pavement Institute, who holds the opinion that there is little choice but for this to happen if we want to continue to have livable and sustainable communities in the not-so-distant future. Three fundamental reasons necessitate using permeable pavements:

Stormwater Management is a Priority for Environmental Sustainability

Bowers says storm drainage systems currently existing in cities across the world are antiquated. They were built by a generation of designers that didn’t foresee the issue of climate change that would change rainfall patterns in the late 20th and early 21st centuries. In addition, there has been an increase in runoff-generating surfaces, i.e. roofs and impermeable pavements, due to increased urban development. Today, he says, pavements need to be optimized to address this serious environmental risk that communities across the world are facing. Historically, cities have managed stormwater drainage by collecting and redirecting it toward a central location, then ultimately to nearby rivers, streams, and creeks. That worked OK then, Bowers says, but the existing infrastructure cannot handle today’s “100-year storms that arrive back-to-back”. 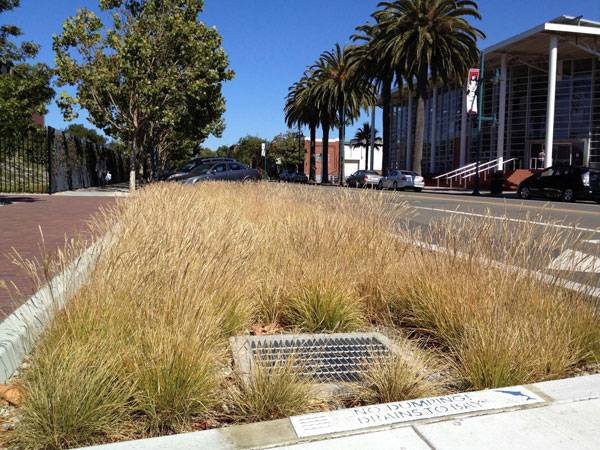 This bioretention area is in Emeryville, California at the intersection of Park and Hollis streets. Image credit: By Psa1966 – Own work, CC BY-SA 4.0

What we need to relieve old storm drainage systems, according to Bowers, is a way to deal with stormwater in the place where it falls. The concept, he says, can be captured in the slogan “disconnect, distribute, decentralize.” The idea is to disconnect runoff from sites entering the central storm drainage system, distribute and infiltrate the drainage at the site’s location, and thereby decentralize the system. That’s exactly what permeable pavement is designed to do.   “Stormwater drainage is the “number one nonpoint source generator of pollution”   What makes this shift in the paving business so vital to the future of community planning? In short, the environmental disasters that come along with that excess of stormwater. Stormwater drainage is the “number one nonpoint source generator of pollution,” Bowers says. That’s because the excess water is bringing chemicals, raw sewage, high-temperature water, and other pollutants into our streams, creeks, and rivers. That, of course, is detrimental to the entire drainage ecosystem. When rivers are too warm and full of toxins, fish, frogs, and other wildlife often perish. Instead of evaporating into the atmosphere or going back into the ground, the water is collecting pollutants, infiltrating into drinking water sources, or collecting as still water bodies.

Costs and Durability Depend on Proper Installation and Maintenance

Bowers says that in terms of cost and durability, comparisons to conventional paving are like comparing apples to oranges. The first cost when using permeable pavements is the extra time spent analyzing sites before starting construction. While all paved sites require an engineer to examine the strength of the soil and its capacity to support traffic, permeable pavement design also requires determining how much stormwater runoff is produced in a given area, how much will infiltrate into the ground, and how much needs to drain from the site. Additional costs come from the extra materials required to install permeable pavement. Because it’s designed to temporarily detain water, in many cases the base supporting it has to be thicker than standard pavement.   “…permeable pavement is not intended to replace all standard pavement”   While Bowers says maintenance costs of the pavement shouldn’t be more than maintenance costs of traditional pavement, he adds a caveat that a city must already have a maintenance system in place for that to be the case. While permeable pavement can require repairs just like standard pavement, such as cleaning leaves, fixing the surface, etc., maintenance is critical to help ensure that it infiltrates rainstorms while safely supporting traffic and pedestrians. Finally, permeable pavement is not intended to replace all standard pavement. It should be used in low-traffic and low-speed areas (posted for 50km per hour or less), due to the vacuum effect created as tires pass and possibly remove the vital jointing material out of the pavement. The pavement essentially acts as a filter, so in order to infiltrate stormwater, debris has to be kept from the surface or cleaned should it accumulate. That can include “changing the filter,” or permeable jointing stone in the pavement surface. Without well-functioning, routine maintenance, this could be costly.   “…permeable pavement is our best solution to addressing one of the biggest causes of water pollution and local flooding.”

Permeable Pavement is the Solution

But the downsides to implementing permeable pavement are small in light of its benefits to the environment and cost savings for cities by managing excess runoff. With environmental sustainability as a vital issue to tackle in the 21st century, permeable pavement is our best solution to addressing one of the biggest causes of water pollution and local flooding. As Bowers stresses, we probably don’t have much of a choice. Do you see yourself using or implementing this type of pavement in your own city or property? Let us know in the comments section below.