Ecocapsule, by Nice Architects, Bratislava, Slovakia. As humans, we have been incredibly lucky to be given the right to live on planet Earth, with its amazingly diverse resources. Unfortunately, a lot of Earth’s inhabitants have taken these resources for granted, wasting them and not thinking about the future. Concerned about future generations and wanting the human spirit to thrive for as long as possible on this planet, the talented team at Nice Architects has created the most amazing micro-home you have ever seen. The Ecocapsule is a more than suitable choice for the modern dwelling needs of Earth’s inhabitants, given the fact that it functions solely on the energy provided by the sun and the wind. Let’s find out more information about it. 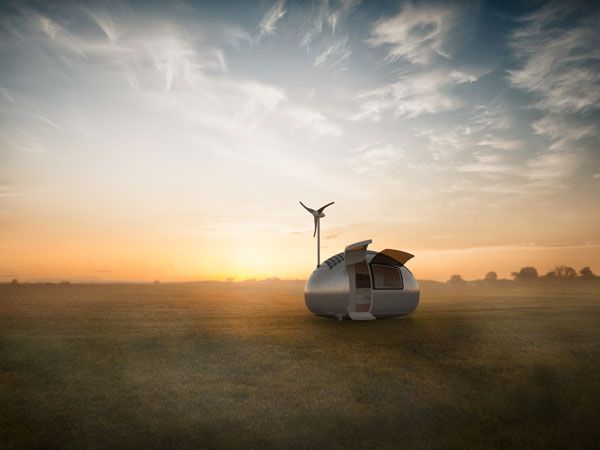 How Did The Ecocapsule All Start?

In 2008, Nice Architects took part in a competition, proposing the Ecocapsule as an idea for small housing units. Even though the design was not successful in the competition, it spawned further development. The first prototype of the Ecocapsule demonstrated that it is possible to intersect passion with the potential for shaping the world and creating an overall positive impact. Its potential has already started to show: Each element has been carefully considered so as to guarantee a reduction in the resources used and offer functionality at the same time. One could easily fall in love with the Ecocapsule and its amazing features, from its round shape that stanches energy loss to its ability to collect rainwater and its instant mobility. 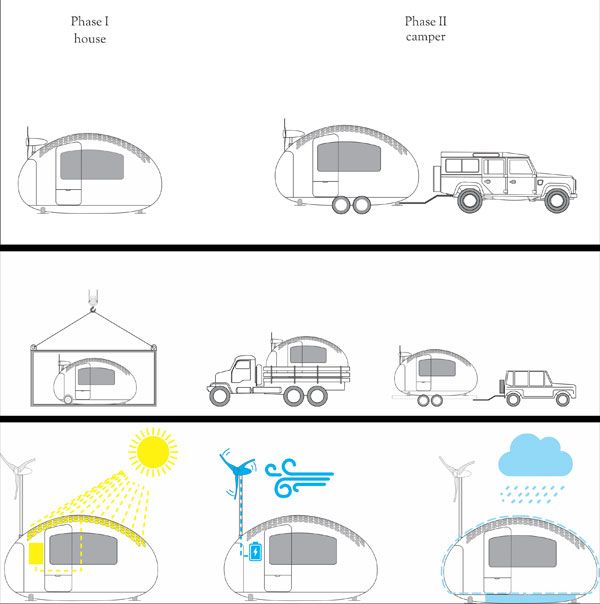 The Swiss Army Knife of Houses It is said that great ideas are refined with the passing of time. The second prototype of the Ecocapsule was presented in 2014, showing that this micro-home is definitely a success. The most interesting feature is its ability to function without any external resources. The creative minds from Nice Architects have even compared it to the famous Swiss army knife, declaring that it “packs everything you need”. 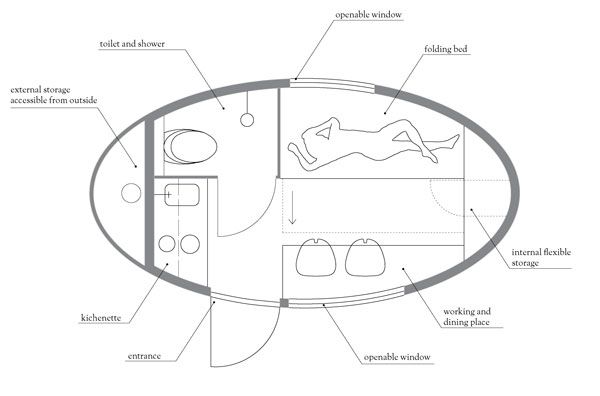 What Makes the Ecocapsule a Friend of our Fragile Environment? The Ecocapsule has been designed with the purpose of reducing the impact of a home on the environment. The architects working on the project have also spent a lot of time trying to determine the best strategies to encompass reusable energies into this small yet amazing micro-home. They have added a dual power system, harnessing the energy of the sun (solar cells of high efficiency) and the wind (silent wind turbine).

Energy Storage Means Longer Staying Power With the storage of this energy, the Ecocapsule can be used for a long period of time, even when the sources of energy (sun and wind) are not available. What is more, the harnessed energy is stored in batteries; the energy can be used for all the systems in the home. Thermal loss has been reduced and prevented by the addition of a thick thermal insulation layer. The dwelling’s round shape has not been chosen arbitrarily – this allows for the efficient collection of rainwater and dew. Designed with the purpose of sustainability, the Ecocapsule also has a series of highly efficient membrane filters. These are extremely useful for the purification of water, allowing for the transformation of natural water into drinkable water. The micro-dwelling also has been equipped with a composting toilet, in which bio waste is collected. 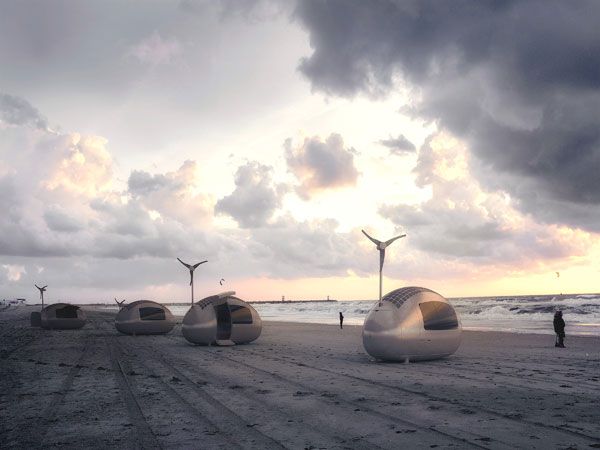 The Advantages of the Self-Sustaining Micro-dwelling One of the biggest advantages of the Ecocapsule is related to the fact that it is self-sustaining for prolonged periods of time. Moreover, it has been designed so that no problems arise during the time it is being used. For example, manual water pumps have been installed, so as to function as a backup system in the unlikely event that the battery is depleted. The capsule is the perfect shelter for those who want to spend their time in nature. Initially, it was designed only for those who needed to spend a part of their time in the open outdoors, such as scientists, professional photographers, or mountain rangers. As the design of the Ecocapsule was refined and more features added, its usage extended to other groups of people. Live and Protect the Environment Given the low energy consumption, the Ecocapsule is the ideal shelter for those who are concerned about the environment. Imagine that there is enough energy coming from the sun and wind to power all the onboard systems of the Ecocapsule, including the low-consumption computer. So you can live in a house that is equipped with everything you need, while protecting the environment at the same time. 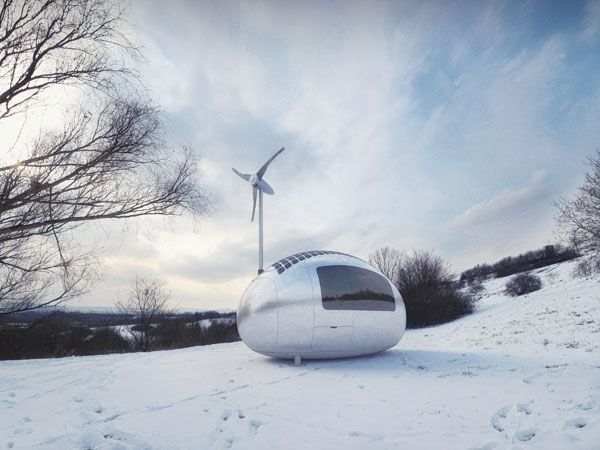 Reduced Size for Easier Transportation The size for the second prototype of the Ecocapsule micro-dwelling was reduced, making it possible to transport it on a truck or tow it on a trailer. The reduction to the size of a shipping container was welcomed as a definite improvement, as everyone is interested in easier transportation. 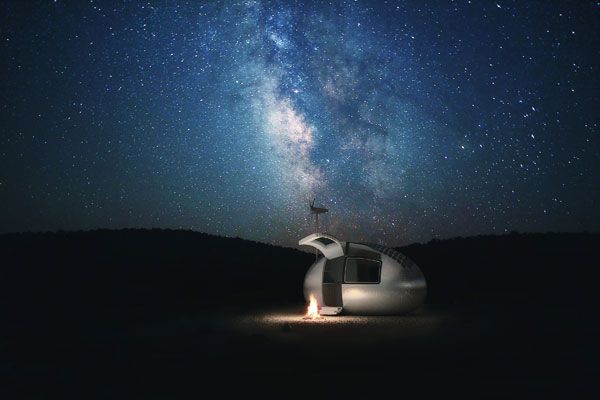 What Will the Future Bring for the Ecocapsule? For the next step of development, the ingenious brains at Nice Architects are looking to add an electrically powered incineration unit. The main purpose of this unit is the production of heat for the Ecocapsule. They are also looking to create a special chassis for the capsule (most likely ready around the end of 2016).

The House of the Future In conclusion, this is definitely the house of the future. It is easy to carry, it is self-sustaining, and the resources for its functioning are borrowed from nature. It could be used in emergency situations, such as in earthquakes and floods, allowing rescue teams to focus on saving people rather than wasting time building a base. It can be used to provide power in remote areas, to filtrate water in areas where there is no drinking water, and to recharge electric cars. After reading all of this information about the amazing Ecocapsule, we are left with one last question: Where would you live in this futuristic home? 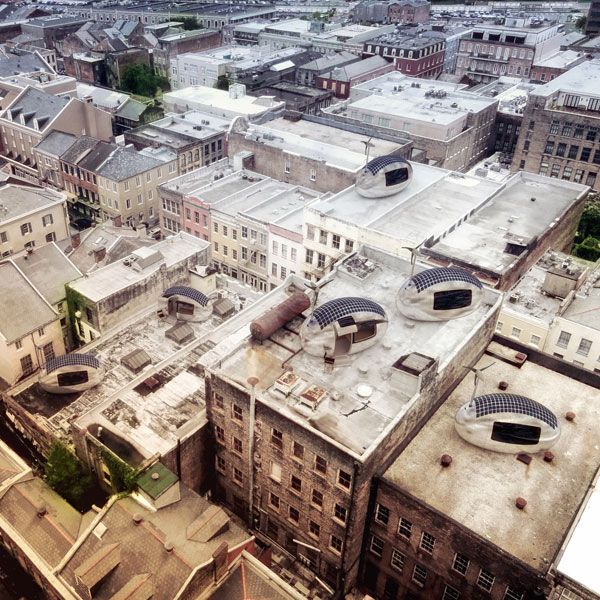