Has the above question ever crossed your mind? Often, we stick to the existing models and it is difficult to imagine things in a different way. That is why we as designers, architects, and planners should discover what stays hidden at the first look. But first, why do we need to consider female users of the city different than males? To answer this, we should ask ourselves about the proportion of women and men using municipal services, such as public transit and recreational activities. One almost rhetorical question is what proportion of women and men feel unsafe when using the cities?

What makes a city better for women? 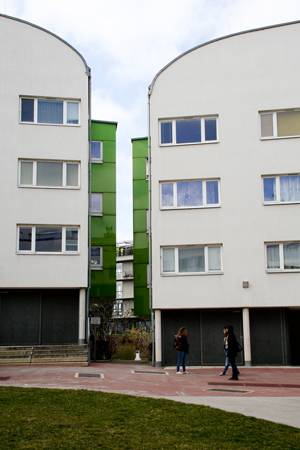 Pedestrian mobility and proximity of services One city in Europe has given this attention to women since the 1990s. The project, Frauen Werk Stadt — or Women Work City — in Vienna, is a prime example of implementing services meeting the everyday experience and requirements of urban women. It is an apartment complex designed for and by women. And since it is so, they kept in mind their own priorities. Women are more often busy with household chores and child care than men. Following this criteria, the complex is composed of a series of buildings and courtyards where children and parents can spend time on grassy areas without going far from their homes. Access to public transport in close proximity defines the easiness of getting to school and work. Other important additions are a kindergarten, pharmacy, and doctor’s office. Moving around the city at night Safety during the night is another important topic to pay attention to in order to improve the security of women in the urban environment. Many women rely on public transit to get around a city, and any decision to change it must consider this fact. Women tend to use public transport less during the night, and fear is one of the main obstacles to women’s free circulation in the city. “Between two stops” is an evening drop-off service between bus stops that brings people closer to their destinations. It was first experimented with in Montreal and, in 1996, the service was announced to be permanent. In landscape design Public parks and their content Another example, from Austrian city officials, is a survey that shows the drop in the number of girls after the age of nine playing outside, compared to the number of boys. If one may divide sports as men and women, we can say that football and basketball are mainly played by men in Austria and volleyball and badminton are the preferred athletics for girls. Consequently, by adapting the parks in the city and adding more volleyball and badminton playgrounds, more girls are playing outside. Without a doubt — but often ignored — is the fact that the provision of green areas in close proximity to housing ensures easy access to leisure activities without the need to travel long distances to visit a park or a city garden. Taking gender into account in public policies is a positive tool for rethinking the shape of the urban texture. In 2008, Vienna’s city planning strategy was included in the United Nations Human Settlements Program for best  practices of improving the living environment. Women as users of the city should be given more attention, and their everyday life should be positively reflected in the design. Safety and ease of movement are the main priorities for shaping the city. The need to know who is using public space and what their aims are help to analyze the patterns of use, which before were invisible and, thus, difficult to influence and change according to the actual needs. Researching this male-female perspective of using the space should not raise questions about reinforcing stereotypes, but aim at adopting another perspective through which to make the difference required. Article written by Slavyana Popcheva Feature image: Anna Jurkovska / shutterstock.com Published in Blog