Our Land8 Urban Agriculture series is finally coming to a close, and for the last article in the six-part series we visit some of the latest and greatest places for urban agriculture in the United States. Click through to see all!

These pioneers of commercial rooftop agriculture are expanding at a phenomenal rate. Their first farm, a 15,000 square foot greenhouse on top of a warehouse in Brooklyn built in 2010, was the first of its kind in the country. Last year, they opened their second facility, a 20,000 square foot greenhouse on top of a Whole Foods Market, which is capable of producing over 200 tons of fresh greens and hydroponic tomatoes each year. Once their most recent project in Queens comes into production later this year, the three sites will be churning out nearly a million tons of produce annually on a mere 2.25 acres in the most densely populated city in the country. The success of Gotham Greens proves the potential for urban agriculture to provide for a large portion of the food needs of city dwellers. 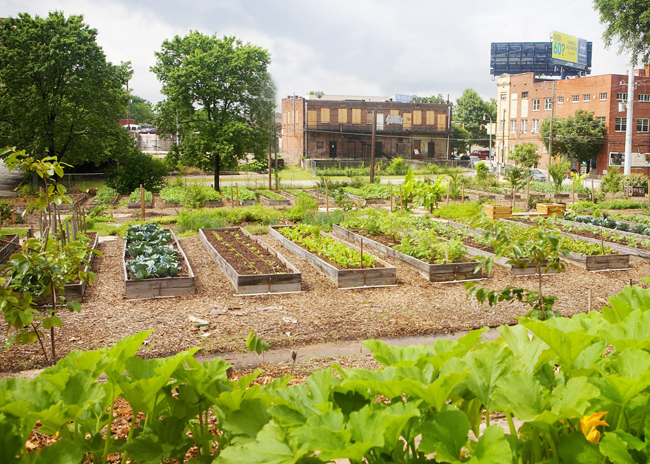 The flagship farm of Truly Living Well Center for Natural Urban Agriculture is an inner city oasis atop the concrete slabs of a demolished housing project in Atlanta’s Old Fourth Ward. The brownfield site is not suitable for growing in the ground, but the concrete foundations make an ideal platform for raised beds, which cover much of the 4-acre site. Other areas are planted with fruit trees and berry bushes, which together with produce from the center’s other farms scattered about the city, supply a weekly farmer’s market on site and a year-round CSA. 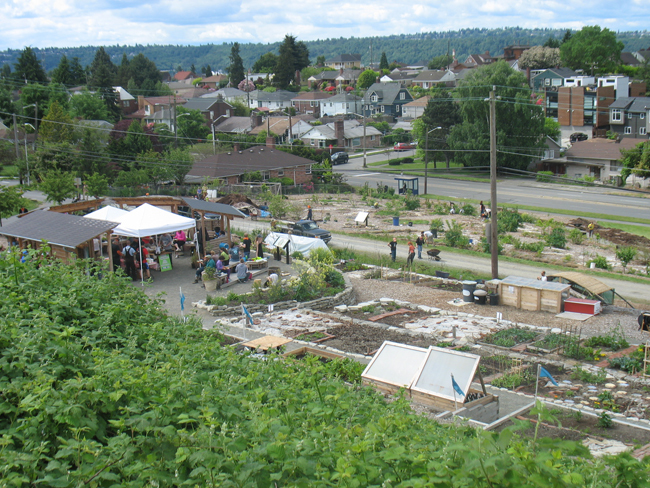 Seattle has always been known as a haven for urban agriculture and boasts the second largest community garden network in the country after New York City. In the last year, however, a new form of community gardening has emerged from an overgrown lot in the Beacon Hill neighborhood. It is America’s first public food forest and it will soon be open for foraging. So far two acres out of a planned seven acre park-like garden have been developed, featuring multiple layers of edible vegetation from herbs and veggies at ground level to the canopy of towering nut trees. 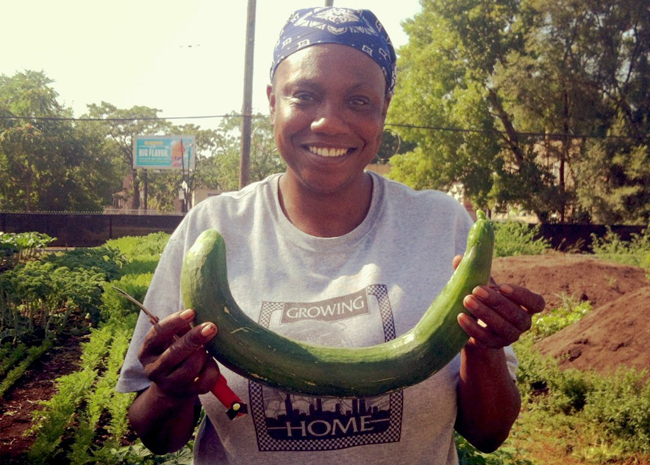 Spread across three sites on Chicago’s south side and a fourth in nearby Marseilles, Illinois, Growing Home is dedicated to providing meaningful work to at-risk groups. Founder Les Brown, who passed away in 2005, left a legacy of service to Chicago’s homeless population, who continues to be the primary recipients of the farm’s educational and job training programs. Growing Home bears the proud distinction of being the first certified organic farm in the city of Chicago.

Part six of a six-part series on urban agriculture