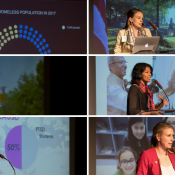 Landscape architecture is often touted as a broad-ranging interdisciplinary field, uniquely poised to problem solve the complex and pressing issues of the 21st century. At the first annual Landscape Architecture Foundation Innovation and Leadership Symposium, the breadth of the profession and idealism toward its future was very much on display.

LAF established the Fellowship for Innovation and Leadership in 2016 to “foster transformational leadership capacity and support innovations to advance the field of landscape architecture”. As the culmination of the yearlong fellowship, the six inaugural Fellows gave presentations on their projects to an audience of about 200 people in Washington, DC. Videos will be released in the near future. 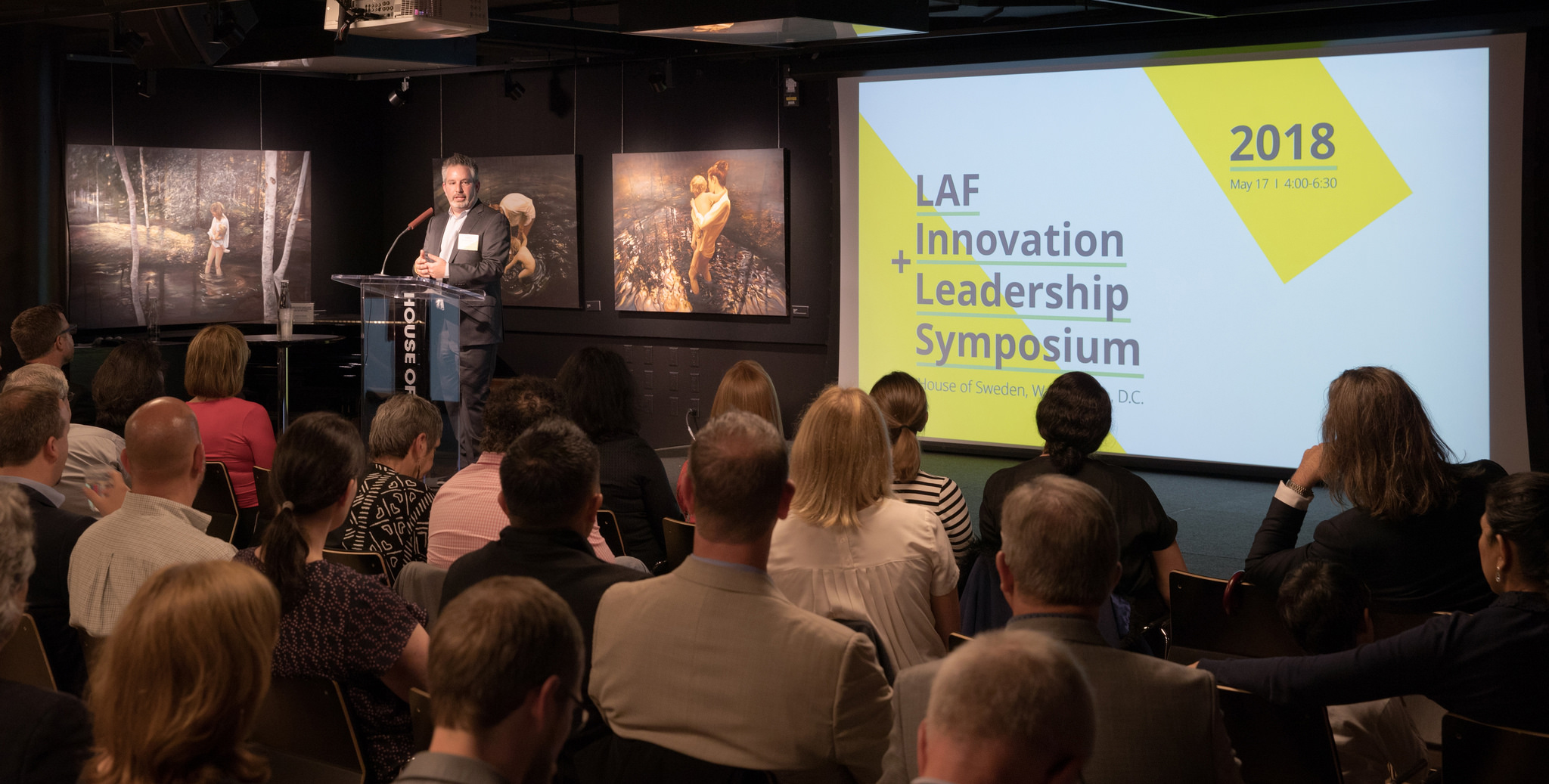 Tackling complex issues and transformational leadership is no easy task however, and one common theme throughout the Fellows’ projects was the difficulty in moving beyond the status quo. The Fellows spoke to the challenge of innovating within the current political and regulatory frameworks. While intractable bureaucracy is certainly partly to blame, several Fellows mentioned the difficulty of breaking beyond current perceptions of society as key obstacles as well.

Scott Douglas discussed how the design of US highway corridors has remained essentially unchanged since their inception in the 1950s as a patchwork of pavement, guardrails, signs, lawn, and tree buffers. Through interviews with DOT officials, one of the reasons as to why innovative uses for productive, ecologically friendly landscapes along highway corridors are not being tested is our public perception of what a highway “is” and what it “should” look like. He is trying to change those perceptions by reviewing pilot projects and sharing the findings with DOT officials to foster greater communication.

Similarly, Claire Latané spoke of the failure of the design of urban public high schools to support the mental health of teenagers, and why we haven’t “done more” to design places to support students’ mental health and well-being. Her take-aways provided a list of what is lacking in current public school design—knowledge, policy, funds, eyes, and involvement among others. Claire concluded with the need to transform our public perceptions of fear and security into perceptions of love and safety through the design of nurturing school environments that foster a sense of empathy and compassion. 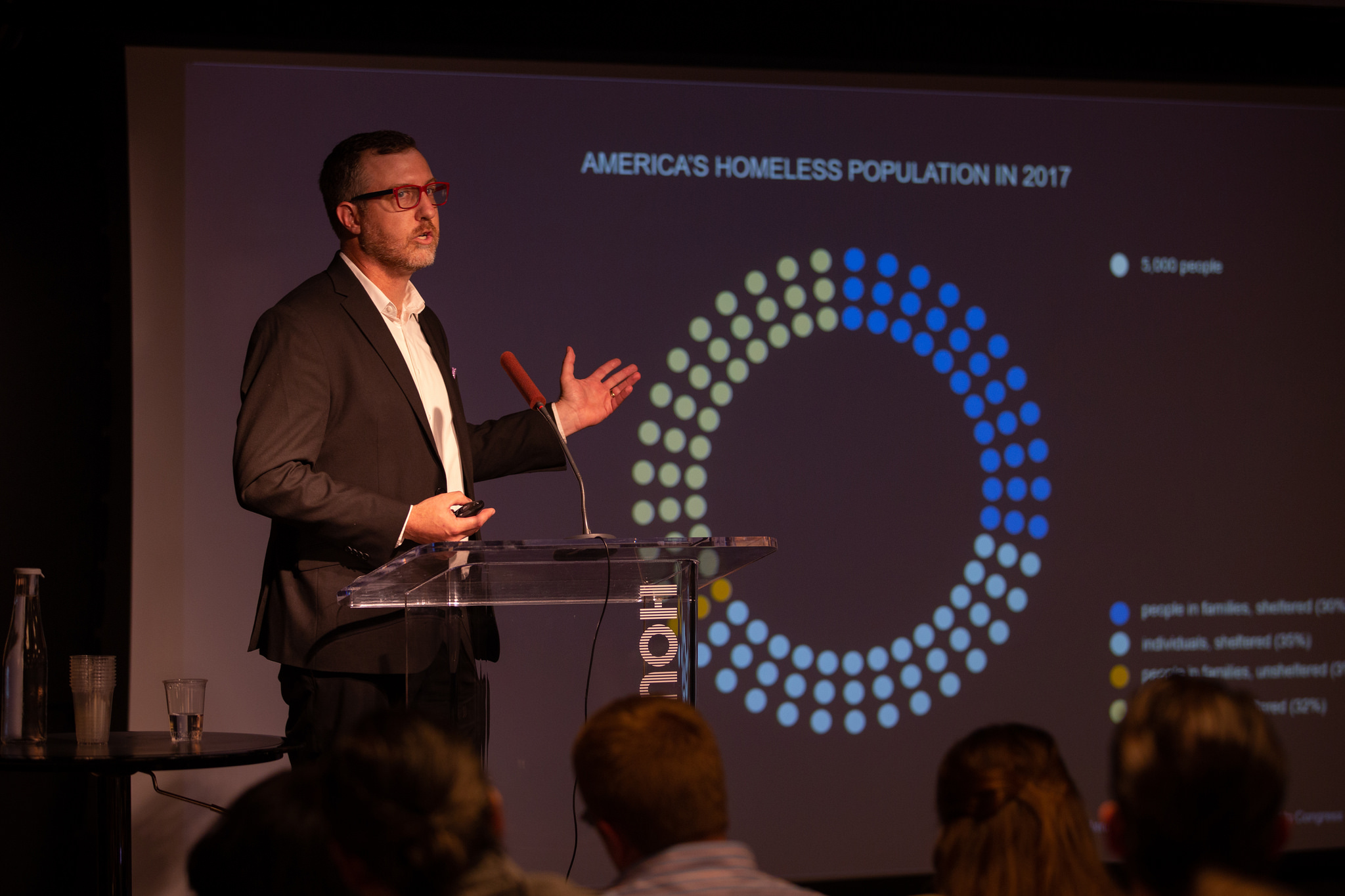 Lastly, Brice Maryman tackled the complex and thorny issue of homelessness and the potential of public space to play a role in improving the lives of people experiencing homelessness. By breaking down the perceptions of what it means to be homeless, Brice suggested several ways in which we can design better policy, systems, and environments for the homeless. Through his podcast HomeLand Lab, Brice shares the stories of Seattle’s homeless population, public officials, and community members, increasing the visibility of their narratives and public discourse on the subject.

Another common theme of the Fellows’ projects is the power of “starting small” and “showing up” as first steps to tackling a larger issue. When Alpa Nawre started her Fellowship project, she aimed to prototype large landscape infrastructure systems to combat sanitation and water scarcity in rural India. Through a case study in the village of Dhamori, India, Alpa and her colleagues embarked on a community-driven design process that ultimately highlighted the need for actionable change rather than lofty visions. This led them to the design and construct a public park in the village – a much smaller scale intervention than originally anticipated. While small, the success of this public space led to identifying a need for community-driven design services and ultimately a non-profit called Critical Places, which is continuing the work Alpa began as a Fellow.

Nicole Plunkett also took those first steps toward action when she started her non-profit Future Landscape Architects of America (FLAA) in 2015. Seeing a need for greater exposure of landscape architecture as a career path to students, Nicole started FLAA as a single chapter in Jupiter, FL. This program that connects landscape architects with K-12 students in their classrooms has expanded to several Florida cities, created partnerships with two universities and has touched over 1,000 students.

Harriet Jameson Brooks wove a highly personal narrative about local action with the broader contemporary dialogue regarding race and racism in the American South. A native Tennessean, Harriet shared the story of her ancestral family’s land and church and the stories of the land they’ve both told and not told through the years. Using the recent violence over Confederate memorials and the Charlottesville protests as backdrops, Harriet spoke to the historical lack of public space in the South and the opportunity to utilize public lands to reshape narratives of place through the creation of physical spaces for reconciliation. She hopes to continue the work she started this year by formalizing an arboretum on her family’s land to share the untold stories of her community’s past, a small step to actualizing a space for reconciliation.

One of the most innovative aspects of the LAF Fellowship program is that it provides funding, structure, and capacity to allow practicing professionals the space and resources to focus on the next big ideas and challenges of our time, while still pursuing their day-to-day careers. By allowing this opportunity for professionals to develop and test ideas, the Fellowship helps close the gap between research and practice in our profession. Hopefully, as the program continues, the body of knowledge and shared experience of these Fellows helps to continue to bridge that gap and foster ideas to problem solve the most pressing issues of our time and beyond.

More information on each of the 2017/2018 LAF Fellows and their projects can be found on LAF’s website, as well as introductions to meet this year’s seven new 2018/2019 Fellows. 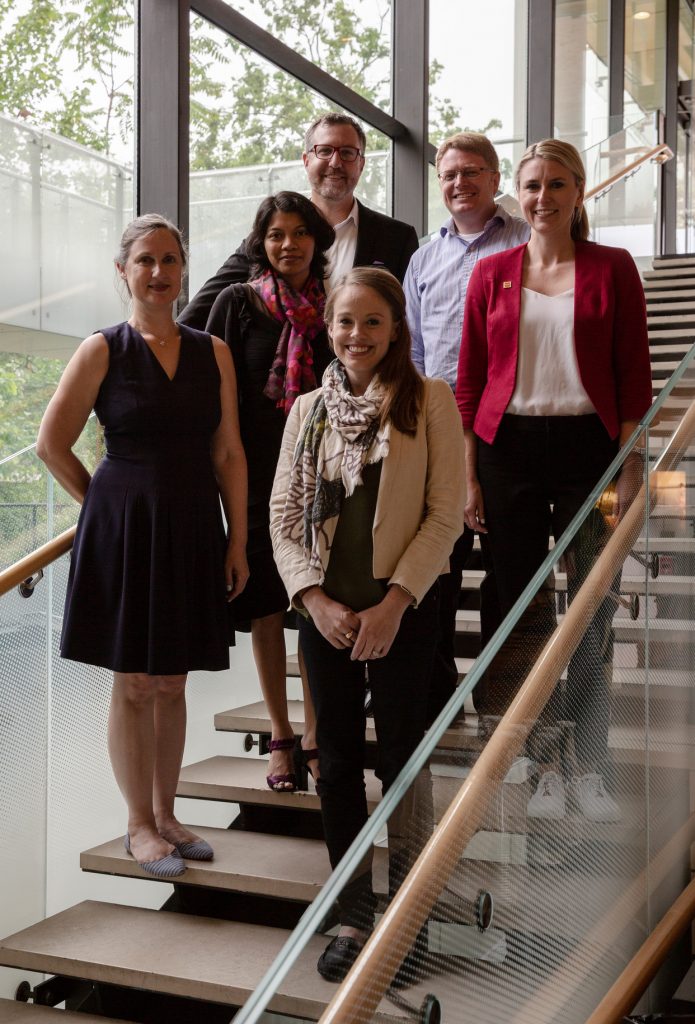 All photos courtesy of the Landscape Architecture Foundation.