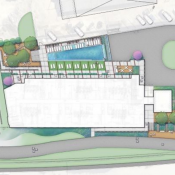 Long before Victory Park was home to the American Airlines Center, a W Hotel, bars and restaurants, it was a gritty, industrial area that included an oil distribution hub — followed by industrial-scale meat processing and paper production — for decades. The Missouri-Kansas-Texas Railway would eventually become the Katy Trail, and the former Magnolia Petroleum Distribution Center site would become residential, known as Magnolia Station, in the early 1990s, but much of the essence of that early 20th century industrial character remains in the recently renovated Magnolia Station, which celebrates its historic roots while incorporating modern design sensibilities.

Comprised of 70 lofts in seven buildings, Magnolia Station enjoys close proximity to many area attractions along with the type of amenities discerning residents desire. As the first distribution center for Magnolia Oil, which later became Mobil Oil, the site is a prominent piece of Dallas history and a historic landmark district — and thus it was important to preserve and celebrate that historic identity to the fullest extent possible. Additional design goals including establishing a distinctive connection to the adjacent Katy Trail and utilizing grade changes to demarcate distinct areas and uses. 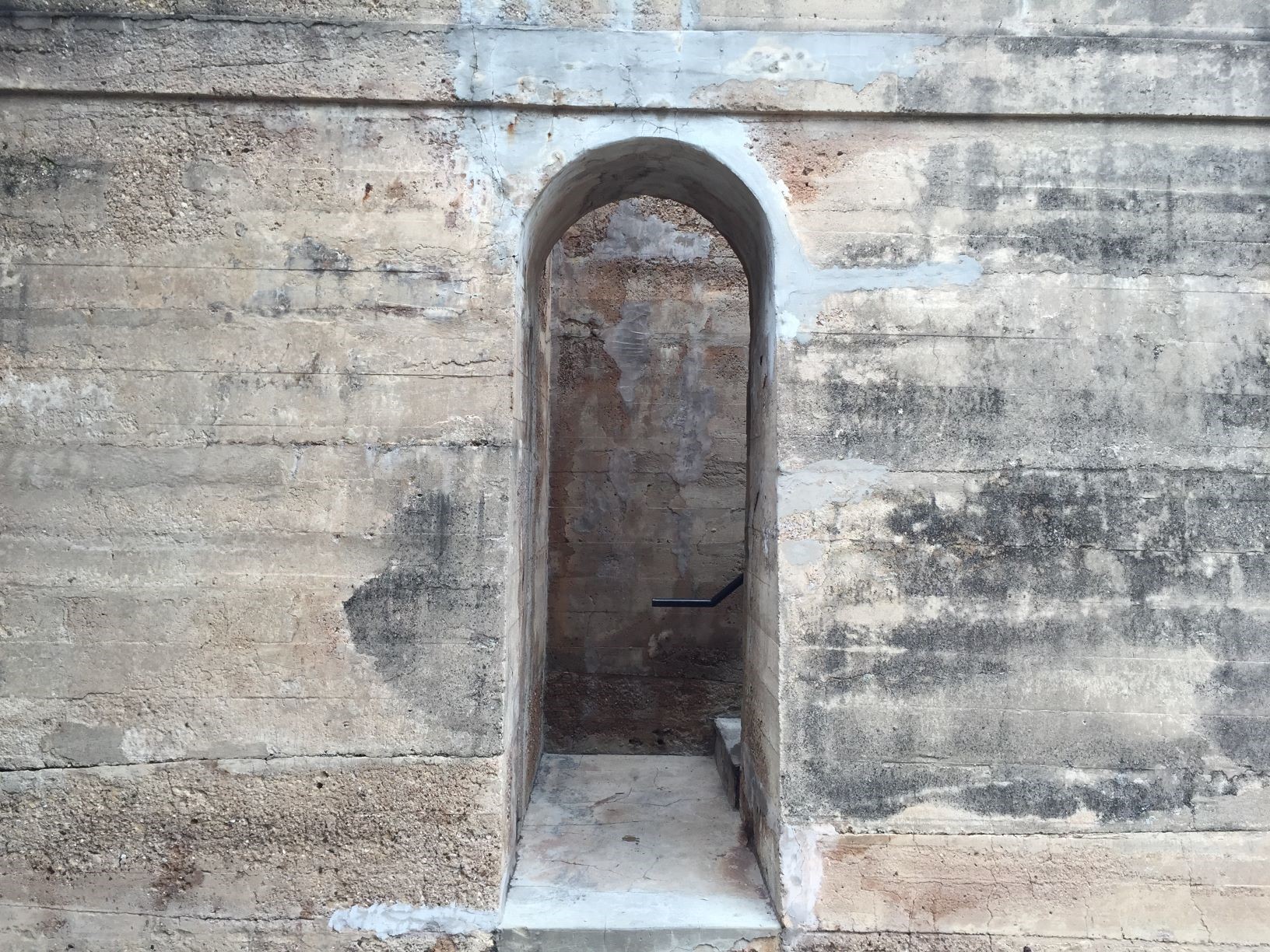 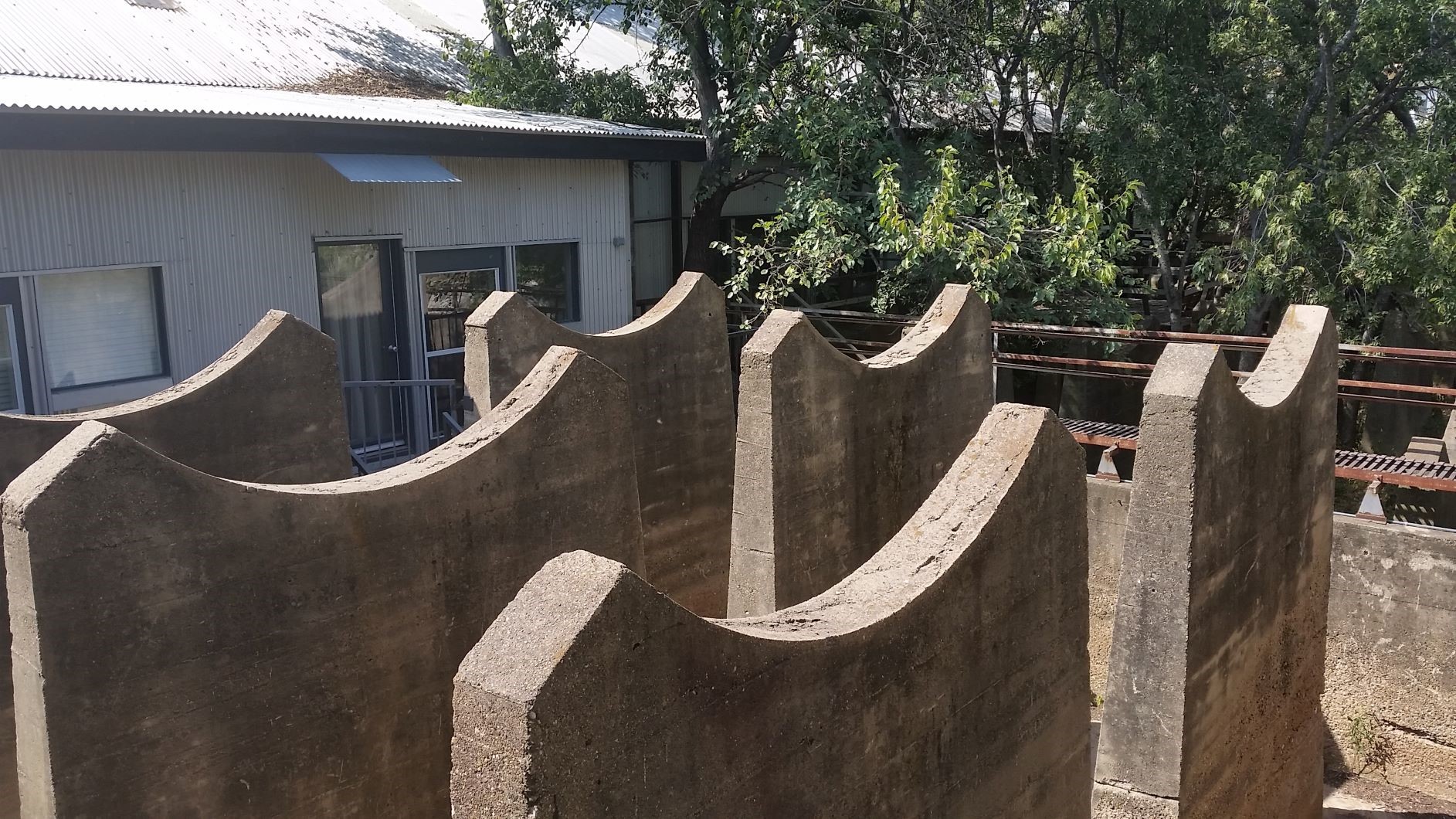 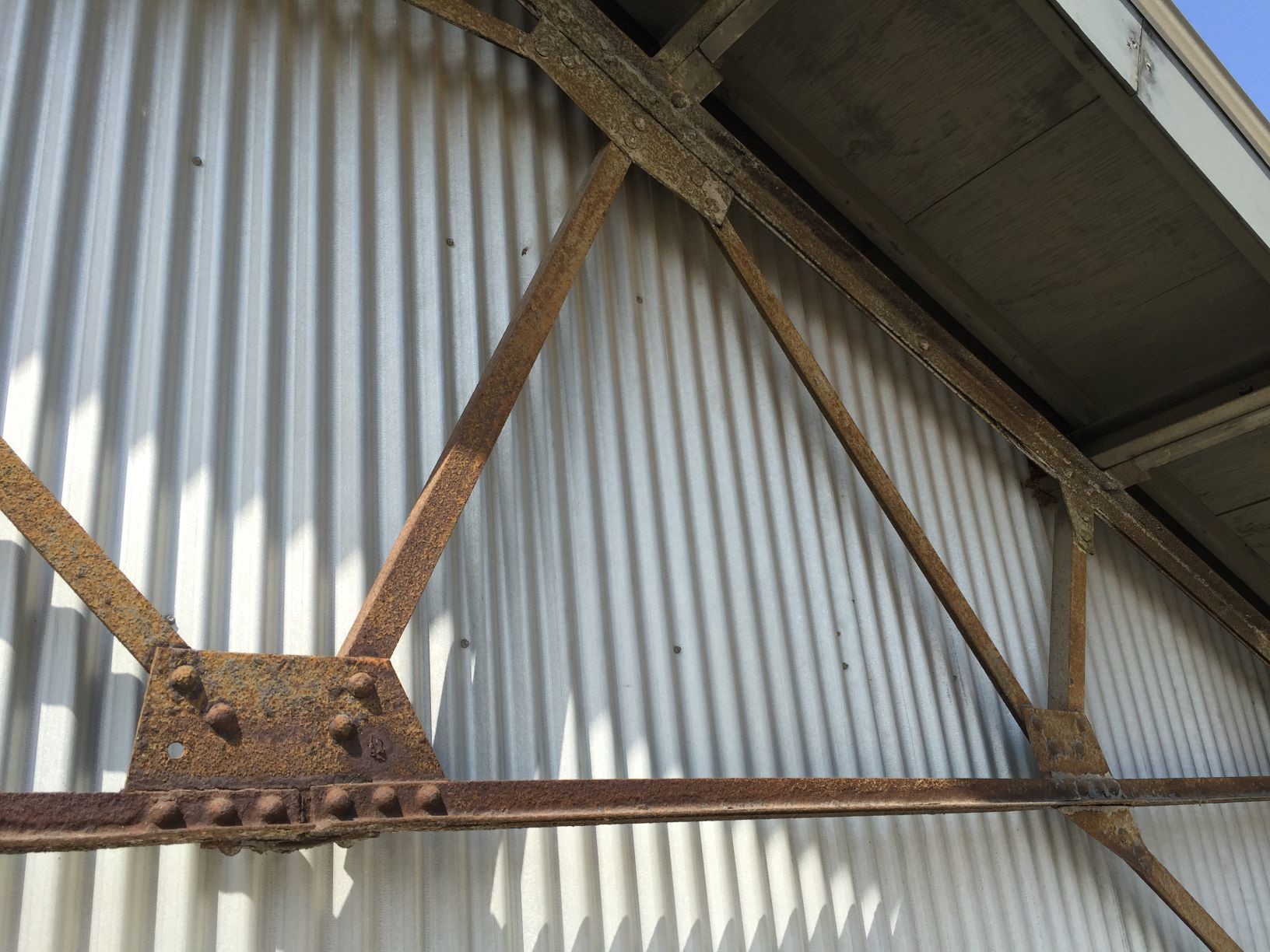 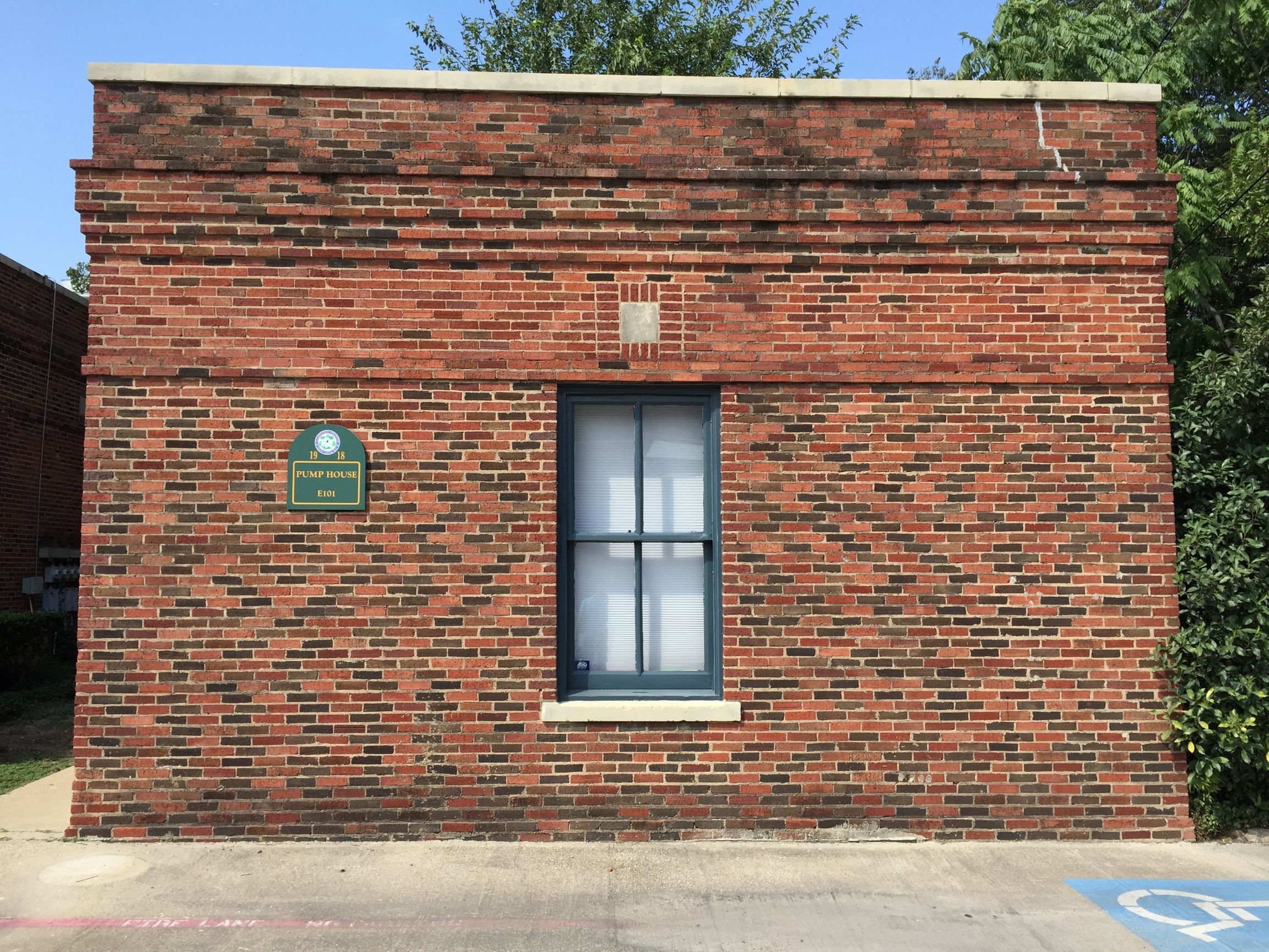 Designed by TBG Partners, the primary focus areas of design included a pool area, adjacent, elevated beer garden, and the ground level with direct connection to the Katy Trail, which runs parallel to Magnolia Station on its western side. The design evokes the site’s former industrial identity through the abundant use of brick, concrete and steel along with repurposing of salvaged artifacts. The site featured a network of immense concrete cradles that would hold 11,000-gallon tanks being loaded and unloaded from train cars on the old MKT Railway line. All tank remnants, both above and below ground, were removed and inspected by the state environmental commission, and three were then positioned directly along the Katy Trail to create an unofficial yet conspicuous trailhead. 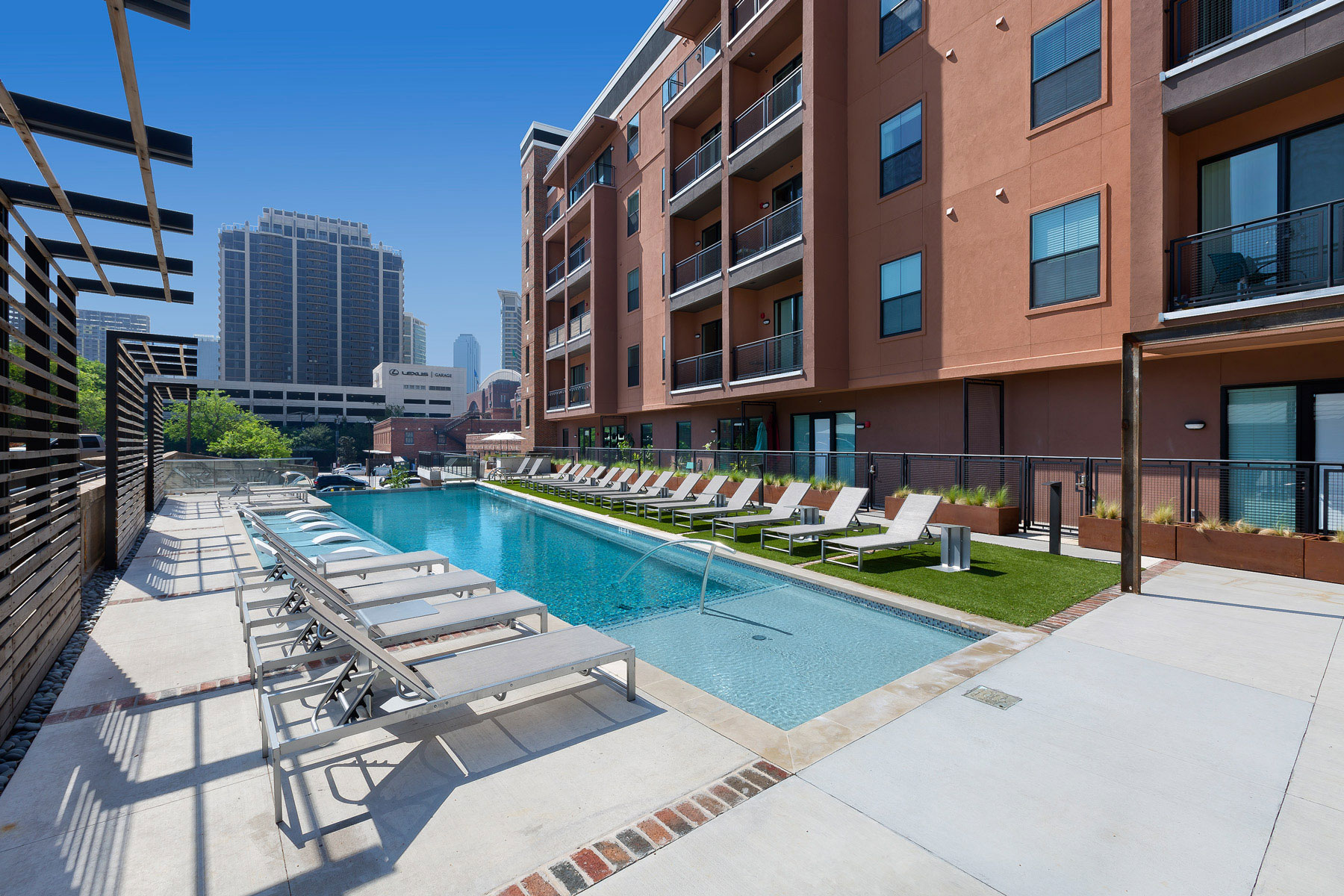 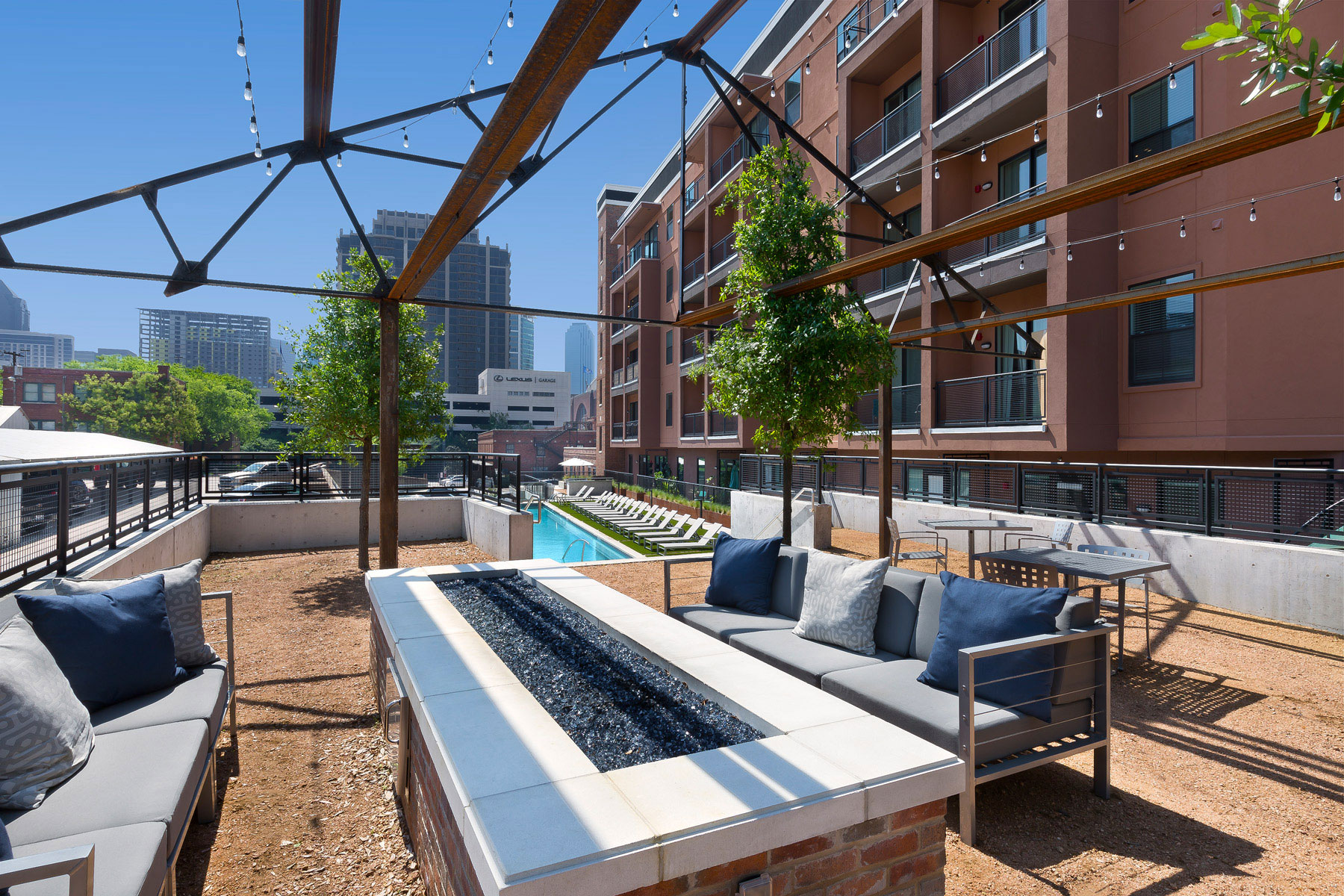 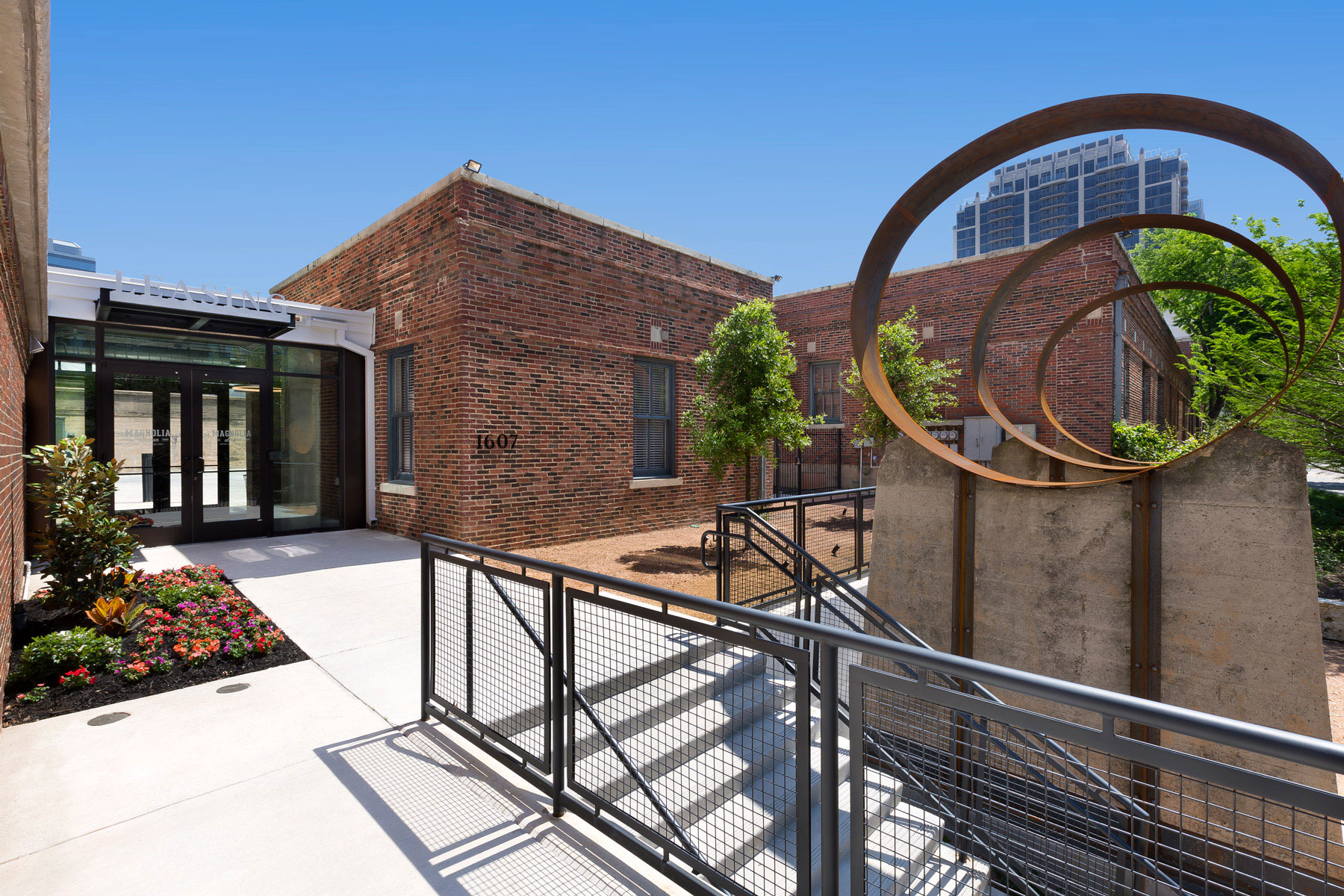 Surrounded by varieties of leisurely seating, the development’s pool area leads up to a courtyard with striking downtown views that functions as a rooftop lounge and beer garden. It features a fire pit and outdoor furniture underneath a composition of steel trusses, adorned with string lights, that were salvaged from historic complex’s blending shed, powder coated and incorporated into the space. The recently updated Magnolia Station articulates a rich story about its former identity and a key industrial element in Dallas history — while also providing residents with a comfortable, connected lifestyle realized through creative adaptive reuse approaches.

All photos courtesy of TBG Partners.