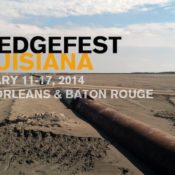 On January 17, roughly twenty people congregated on a levy just south of downtown New Orleans. With many sporting heavy rimmed glasses and dark attire, the group was mostly landscape architects with a smattering of scientists and engineers. They were struggling to launch a kite with a small digital camera attached in an attempt to aerially map the adjacent wetland restoration project. Yet despite their efforts, the group eventually yielded to the almost still air and retired to the smooth concrete slope of Bayou Saint John.

This was the first stop on the Mississippi River field trip of Dredgefest, Louisiana, a weeklong event held in New Orleans and Baton Rouge exploring all things related to sedimentation and erosion. Organized by the Dredge Research Collaborative – a group of landscape architects and self-proclaimed ‘sediment nerds’—Dredgefest was first held in New York in 2012. This year it consisted of a symposium, field expedition and a speculative design workshop as well as a work-in-progress screening of Alex Chohlas-Wood and Ben Mendehlson’s documentary The Fluid and the Solid. 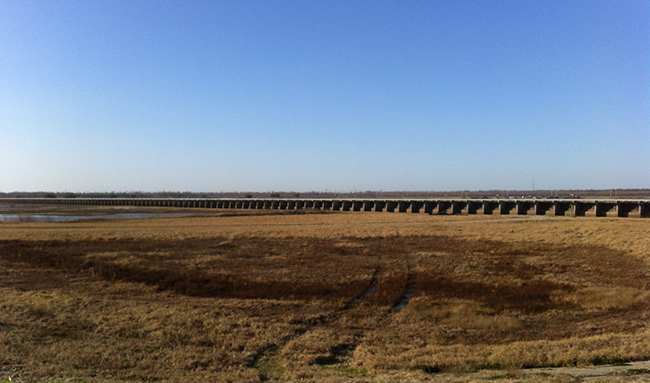 Dredge is sediment. Completely devoid of any sort of intrinsic glamour, it is a substance that is easy to overlook – it is mud, muck and dirt usually suspended in water. Dredging is the process of its redistribution and is carried out using pumps and pipelines or simply by re-suspending sediment within waterways. This year, the Dredge Research Collaborative used dredging as a launching pad to explore the suite of issues relating to human interactions with sedimentation in Louisiana.

Louisiana was the ideal location for the event because of its relationship with the mighty Mississippi River. Described by Geographer Richard Campanella as “the land-making machine,” North America’s largest river transported 400 million tons of sediment a year to build Louisiana’s southern coastline. But modernization has artificially confined the river. The combination of flood controls, sea-level rise, and erosion is damaging ecosystems and starving Louisiana’s coastlines of sediment. The result? Southern Louisiana is shrinking. Fast. 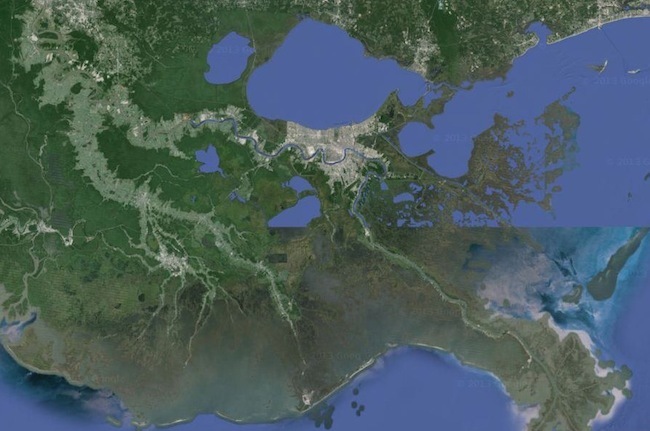 The delta is said to be losing land at the terrifyingly rate of one football field per hour. Symptoms of climate change like rising sea levels and increasingly ferocious hurricanes, will continue to create precarious conditions for the state. As the Dredge Research Collaborative observes, “Louisiana is living in the future: experiencing the aggregate consequences of human activities for coastal regions sooner and faster than perhaps any other part of the nation.”

As a former stormwater engineer, water management practices have a special place in my heart. Yet I now predominately explore these engineering and environmental issues as an artist and as such, found the interdisciplinarity of the Dredgefest symposium to give a refreshingly wide perspective. It provided a space for useful dialogue between artists, engineers and landscape architects about the design and management of water infrastructure in a place where human activity and geological forces are at odds. 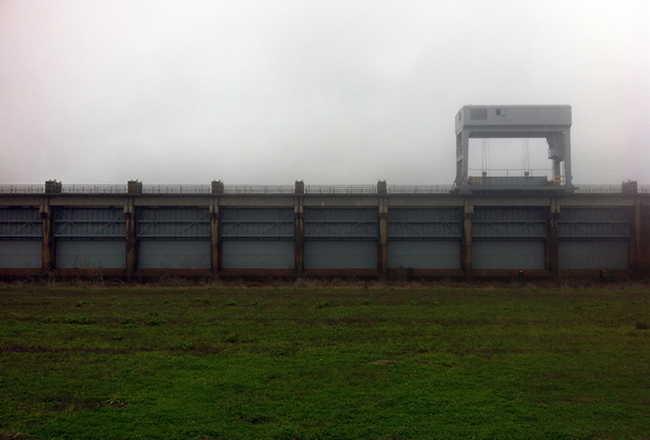 “Landscape architects are vying to contribute to a field traditionally claimed by engineering.”

The Dredgefest symposium featured a diversity of speakers, including the director of the Port of South Louisiana, a member of the Army Corps of Engineers and numerous landscape architects and researchers, all giving different perspectives on river conditions. Speakers sketched out present approaches to river management, future predictions for the area as well as what would be required for the river to continue to serve industry transport demands.

There was also consideration of possibilities for design interventions within this riparian environment with a particular highlight hearing from Public Lab, a public laboratory and research network whose DIY aerial imaging technologies (using a kite and cheap cameras) have been deployed regularly for mapping wetland health and events like the 2010 BP oil spill.

Through Dredgefest, I realized that the field of landscape architecture is increasingly engaged with the cause and effect of anthropogenic forces shaping the landscape. Landscape architects are vying to contribute to a field traditionally claimed by engineering. 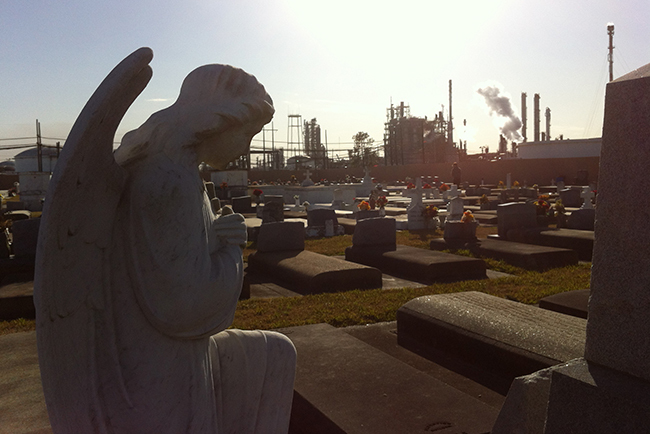 A site visited on the Dredgefest Field Trip, Taft Holy Rosary Cemetery lies adjacent to the Dow Chemical Corporation and the Mississippi River.

Louisiana provides a cautionary tale of dredge. The trail of devastation left by Hurricane Katrina and the ongoing erosion of coastal land, show the urgent need for innovative and new strategic approaches to the management of the delta. Already underway is the adaptation of existing infrastructure and the implementation of additional river control structures as seen in the recent construction of controversial sediment diversion structures. These are designed to redistribute sediment and freshwater back to wetland areas but are controversial due to the changes they potentially affect in local ecologies. 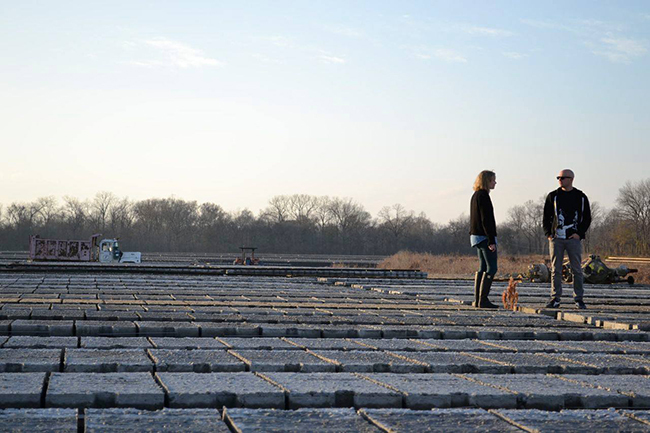 Twentieth century river and flood control technologies were designed upon assumptions of relative environmental stasis however rainfall patterns, river dynamics and sea levels are set to continue to change. The eroding delta is a constant reminder of this tension – immobile industries and infrastructures are now at odds with a dynamic coastal geology. The communities and ecosystems of the delta that have adapted to the temporary stability created by these river technologies, are those whose lives are most immediately under threat. They now live with risk born from assumptions made in the past. Yet the entire USA is connected in multiple ways to the mighty Mississippi and whether it be via wider ecosystem health or economics, these connections make the situation in Louisiana relevant to us all.

Lead image via Dredgefest; all other images copyright to author, final image via Prentiss Darden.