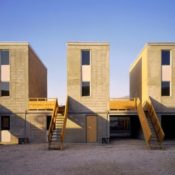 A Design Alternative for Affordable Housing

As cities are growing and a lot of people being displaced, one of the strategies that can be used to prevent displacement and unwillingness to relocate, especially those who are economically struggling, is to look at affordability of and accessibility to basic life necessities–housing is one of them.

In order to make housing affordable, one of the ultimate goals is to reduce associated development costs as much as possible while maintaining the good quality. Costs can be eliminated in a number of ways, for instance, by streamlining regulatory and financing processes, and by the architectural approach itself. This post provides an example of the “architectural approach” component (including design concepts and construction techniques) and how it can reduce costs.

Design flexibility is considered a part of the architectural approach and consideration. Architects can propose designs for housing that allow for flexibility to create user-friendliness. Flexibility can potentially benefit both the developers and the home seekers; the developers would reduce their construction costs when leaving some room for user customization (which is likely to happen in the future) while the renters/buyers would not have to pay extra for what they may not really need in the house. Since the standardized design is lower in cost and is not meant to be redundantly equipped in the first place, the customers could either go with the default design or modify the space later if they wish. 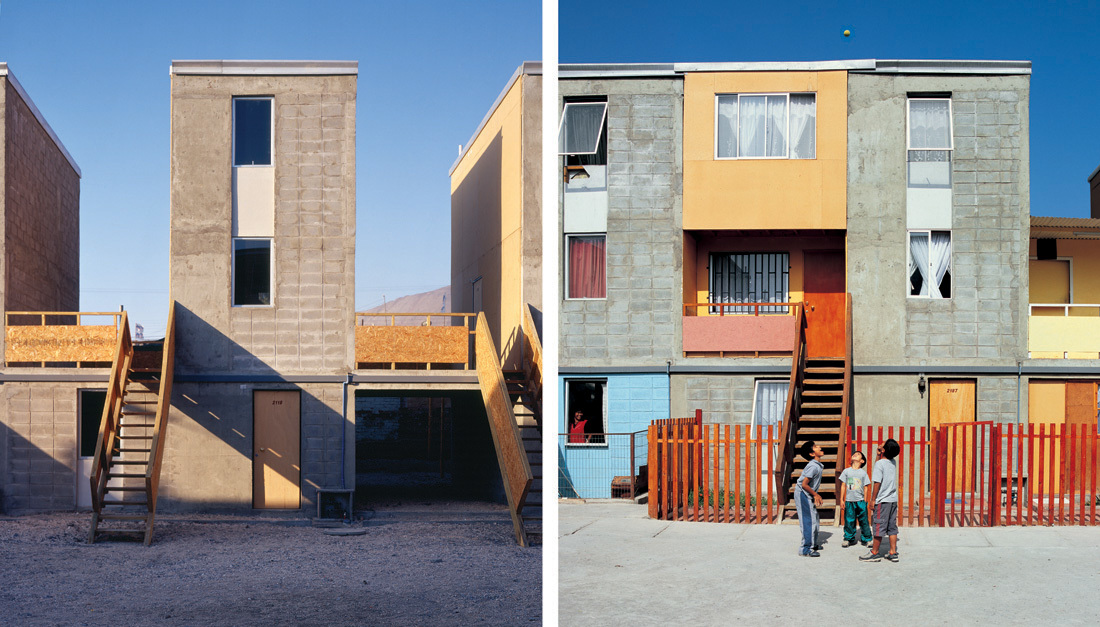 Flexibility in housing design can be found in these two Chilean social housing projects—Quinta Monroy Housing in Iquique and Villa Verde Housing in Maule, by the Elemental design firm. Without relocating the residents, and mainly due to the limited subsidized budgets, the projects are based on the “half-finished” principle (that do not look unfinished!) and on the belief that the houses could accumulate market value over time. The architects turn the limited subsidies into an opportunity by proposing designs that allow the house owners to continue on building and configuring their own spaces in the pre-constructed structure whenever they are financially ready, bit by bit. The initial constructed area of the houses at Quinta Monroy is around 30 square meters (sq m) and can be configurable up to 72 sq m, and from 56 to 85 sq m at Villa Verde. 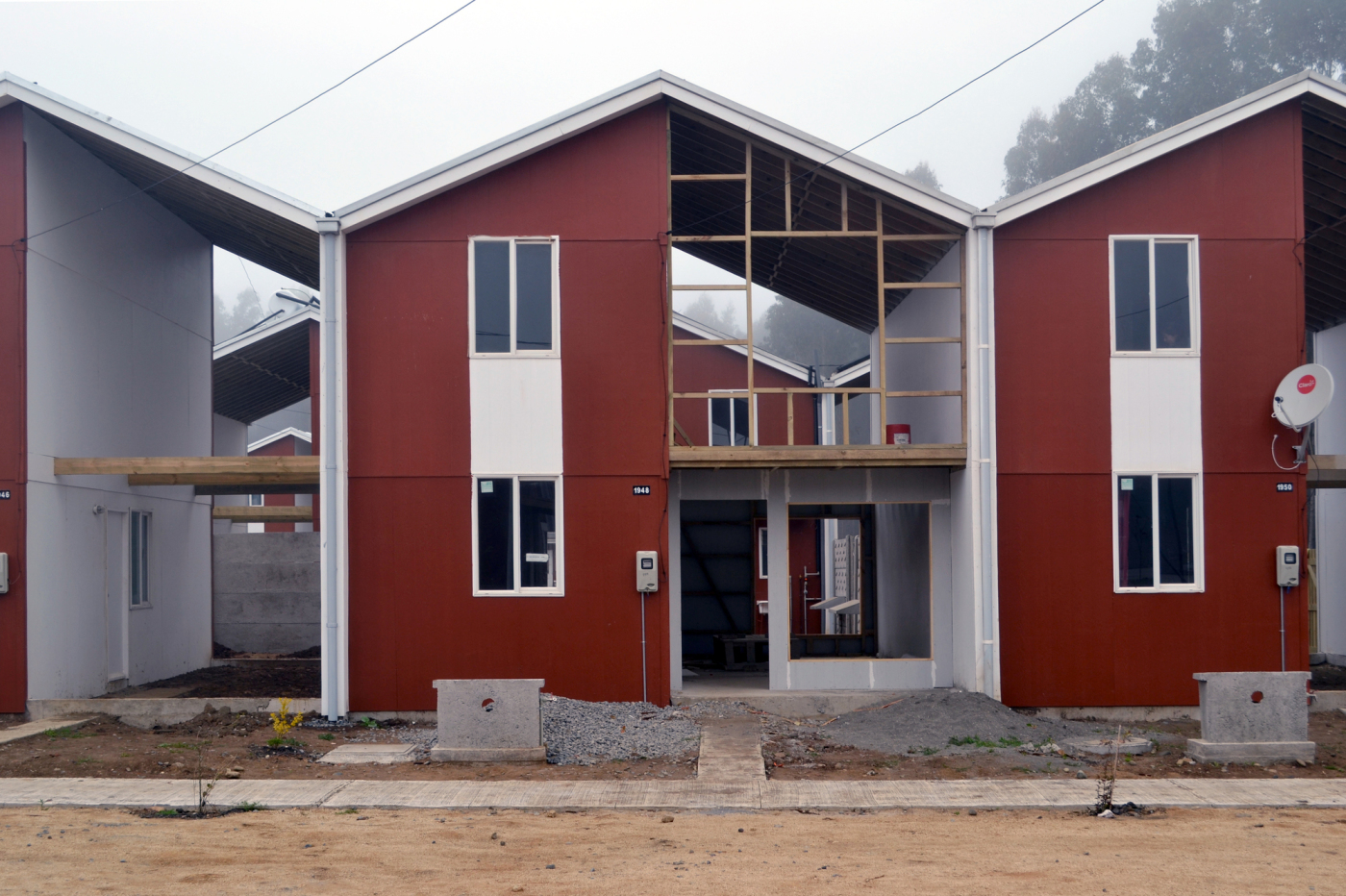 Additionally, the communal space at each project is another important feature because it represents the community as a collective group of people, symbolizes stability, maintains and strengthens the existence of the community as part of the larger social context.

Both projects underscore the idea of flexibility by starting off with compact spaces to meet with budgetary restrictions and providing the capability to expand within the given structure. At the same time, gradually and creatively adding new spaces can fight against depreciation of the house value. At a desired location, building small with basic house amenities at first tactically reduces construction costs, thus housing can be more affordable. The idea can certainly be further explored as a design alternative to provide affordable housing suitable in different environmental, social and economic contexts.