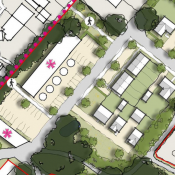 Collaboration is important in any design discipline, and it’s especially true in landscape architecture, which often requires the input of architects, civil engineers, structural engineers, arboriculturists, ecologists, and more.

It’s not often that this collaboration is handled in-house. Most of the time you’ll see the landscape architecture firm working with external consultants for these design elements.

FPCR, a multidisciplinary UK-based firm, is an exception to this norm. By employing in-house arboriculturists, ecologists, architects, and survey teams, the firm can deliver projects more efficiently than if they were back-and-forth with external stakeholders.

The historically AutoCAD-based office has recently seen a surge in use of Vectorworks Landmark. The software transition is spearheaded in part by the landscape architecture team of 35.

Why Use Vectorworks Landmark for Landscape Architecture?

The FPCR landscape architecture team finds Vectorworks Landmark to be the best software for their workflow, which deals heavily with planting plans. 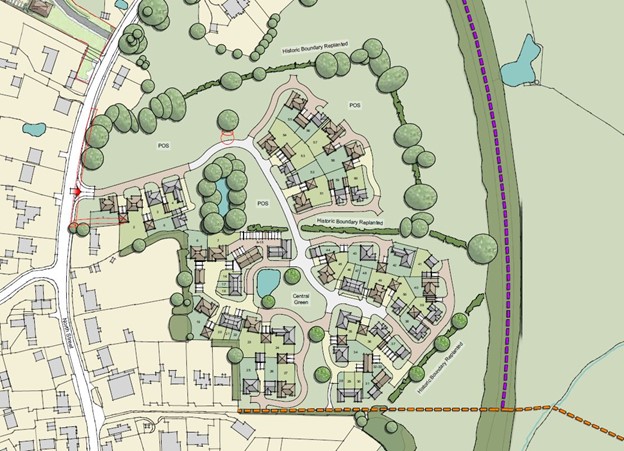 As opposed to other general CAD applications that are best at solving engineering problems, Vectorworks Landmark is purpose-built for the landscape architect — with tools like the Landscape Area tool and the Plant tool, landscape professionals can create detailed, accurate plans much faster than with other software.

For their planting workflows, FPCR considered software options such as Keyscape and CS Artisan. These applications had large plant databases, but Vectorworks offered the team much more than just planting.

That’s the main draw to Vectorworks for FPCR — the all-in-one nature that allows them to take a project from concept to completion without the need to incorporate several additional software programs, which ends up being a huge boost to efficiency.

A direct connection between drawings and reports saves a lot of time in revising multiple documents. An update in one place reflects across all documentation, which is a valuable time-saver when developing a design.

How Do You Collaborate with Vectorworks?

It’s no stretch to say designers must work with a variety of different file formats to accomplish a project. For landscape architects, this will often mean importing and exporting files via AutoCAD, Revit, Civil3D, SketchUp, and more. 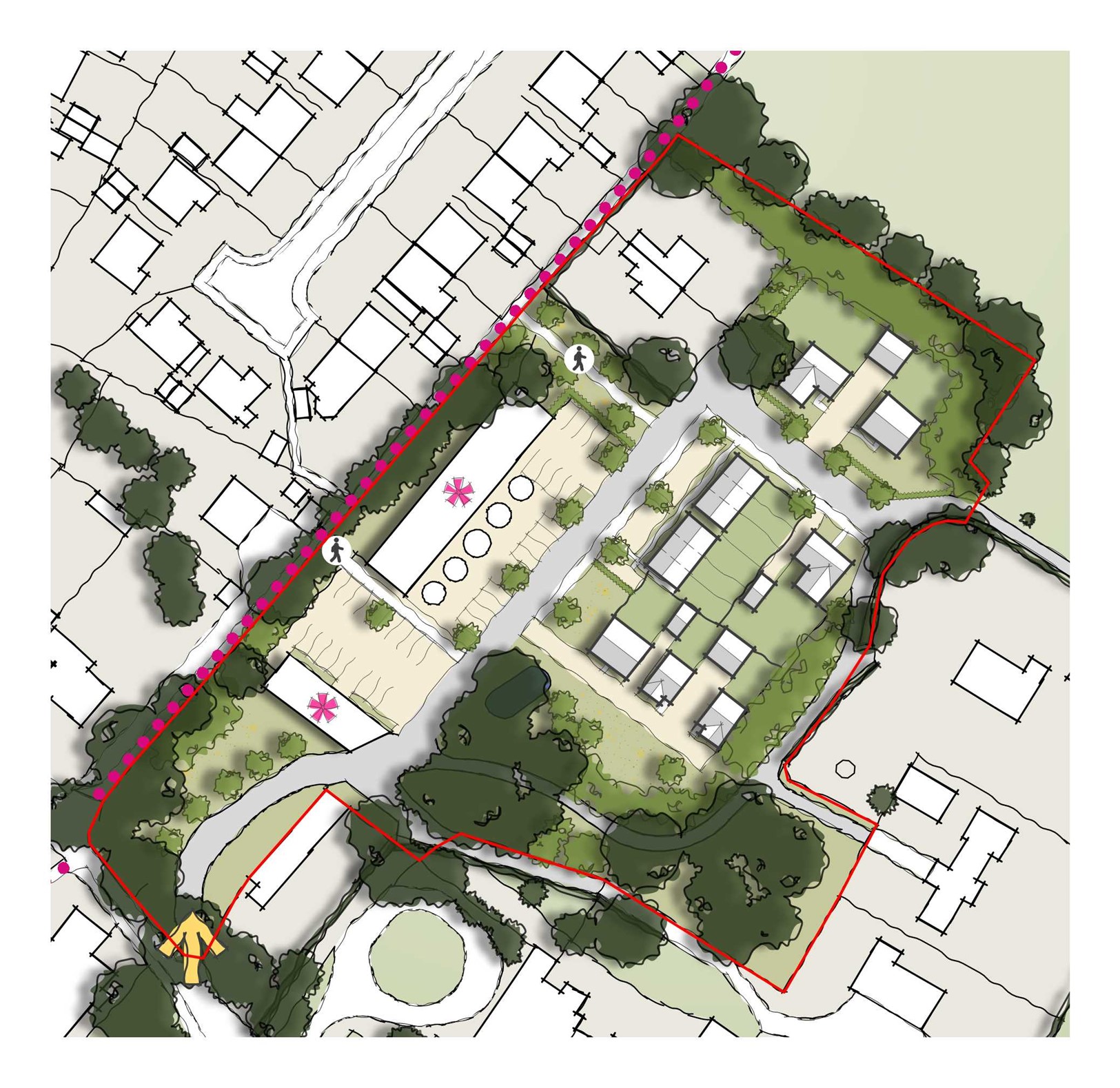 Vectorworks Landmark can import a large range of file types (.dwg, Revit, IFC, and Shapefiles, to name a few), so FPCR’s workflow is fully supported in the software. It’s as easy as importing a .dwg file and designing over the top of it. Vectorworks also supports Shapefiles (.shp), enabling seamless importing of geospatial data to give the site an added aspect of real-world context.

Are Custom Workflows Possible in Vectorworks?

The short answer is “yes,” though FPCR have taken it one step further.

The flexibility of Vectorworks Landmark enables designers to work in the way that’s best for them. Intuitive 2D drawing, robust 3D modeling, and multifunctional dedicated landscape tools mean designers can customize their workflow to what works best for them and the project. 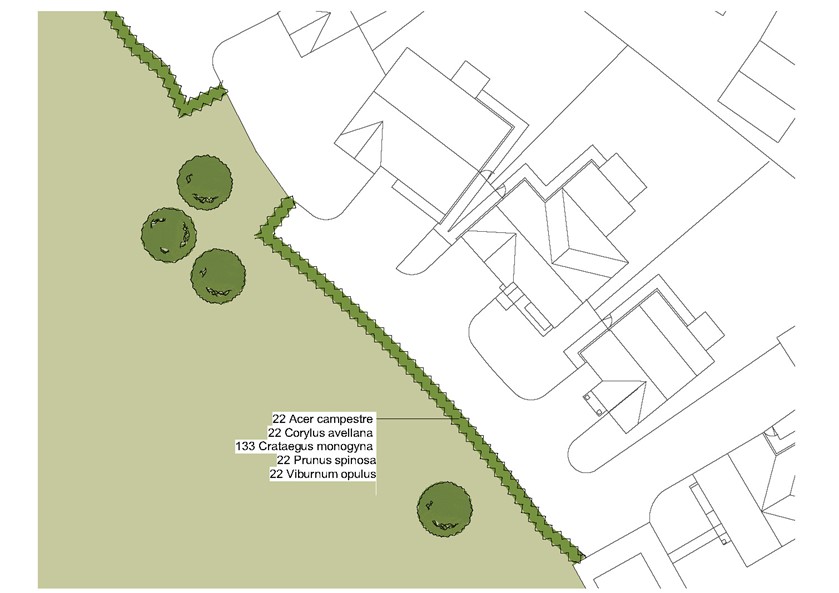 Working in-house, FPCR coded their own Hedge tool. Their custom tool can specify and measure mixed hedge rows by linear meter instead of by area, which is a much more accurate way to specify mixed planting rows. The tool is such an asset to professionals in the landscape trades that Vectorworks, Inc. is set to release the tool into Vectorworks Landmark in a service pack update to version 2022. 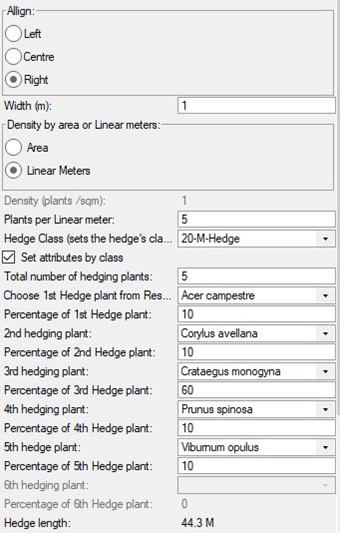 The interface for FPCR’s Hedge tool, which can specify mixed hedgerows by linear meter.

The firm has also worked with Vectorworks, Inc. to incorporate additional functionality to the Existing Tree tool, which they wanted to be able to import large groups of trees instead of individual ones, a crucial workflow for the survey and arboriculture teams which would allow them to switch from AutoCAD.

The adage certainly rings true in landscape architecture. Intuitively, the speed with which a firm can deliver a project correlates positively to the number of projects they can take on.

It’s why efficiency is such a popular topic, with designers searching for the fastest way to do their work while still maintaining quality standards. FPCR’s case demonstrates how a software built specifically for landscape architecture and design yields big efficiency gains.

—
Vectorworks is a sponsor of Land8.