In Pali, the term ‘Vijjacarana’ means the balance and use of knowledge and practice. Buddhists use this term to acknowledge the fact that the individual is responsible for his journey and that simply being well versed in the Dharma is only part of it. Without practice, knowledge can only become stagnant. Another term from the East that also insinuates this is “dragons head, snakes tail”. This evokes the image of one full of knowledge (the dragon’s head) without the body to balance the head (the snake’s tail).

A Warning to Landscape Architecture Students

Although survivors of the architectural industry collapse in the early 1990s insist that it was worse than proclaimed, there is little 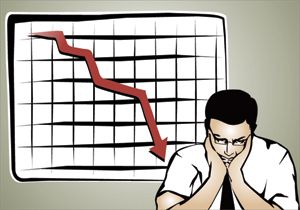 The downward turn, not easy for everyone to take; credit: shutterstock.com

doubt that those graduating from design professions do so with a little trepidation. Since the Global Financial Crisis, the industry has taken a downturn in revenue, which has resulted in the disappearance of graduate positions. The graduate is in the position of being economically unsustainable to a practice until he has the knowledge to return a profit for his space in the office. Experienced staff members who train and watch over a graduate also lose profitability for the practice by spending time with the graduate instead of creating income. Still, some practices do take on graduates as a gesture of development for the individual and the industry. Graduates can provide fresh blood and new skills to a company, which does sweeten the deal; however, it would be up to an individual practice to ascertain the value of this deal. 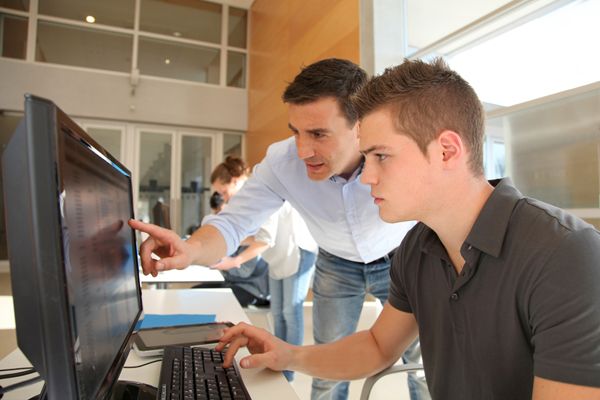 This also creates a situation where student jobs and internships are also harder to find. Sure, the intern might volunteer her time for free, but experienced staff members are still needed to manage the intern and resources, like space and computers. As financial purses tighten, so do the resources to accommodate interns. Traditionally, academia taught the dragon’s head; the dragon’s body began developing through student jobs and internships. These days, it can be frustrating to sit in a professional practice class and hear a professional — who may have only graduated a couple of years back — talk about the student job that led to the graduate job that led to his present career, when emails from current students are never returned. The idea used to be that academia could be free of practice to allow students to develop their minds free of the constraints of the body. When they graduate, the body may be developed enough to allow the graduate to be less of a burden on a practice. The trades know this; however, a trade rarely has such a high conceptual component allowing the apprentice to spend more time developing the body so that they are economically sustainable as they graduate. Academia is also in a difficult position. To sustain quality of education, academics should be paid properly and class numbers should be kept to a minimum. Computers and technology are expensive, and universities are run as businesses. Your fees go beyond your education. I would personally argue that academia is not practical enough, and that by not providing students with the skills they need for the work force by concise education on various construction methods and industry standards, they are crippling our chances to enter the industry. However, the number of opportunities would potentially be the same as they are now — and so will the competition for those places. The reality is that the future of this profession is in the hands of the students ,who have a say in their own destiny from the time they begin studying. In these tight times, it is often who you know that matters more than what you know, and the ability to network has never been more important. There are some students — and you will know if you are one of them — who will be looked after by the academics. They have the correct framing, work hard, and basically fit in. They will be the first to receive the email about a new position or be accepted into a teaching position. To survive, students must honestly look at the skills they have and how to use them within the network they 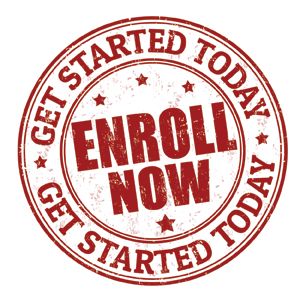 Start a club at your university and take initiative; credit: shutterstock.com

have. It is important to practice actualizing ideas as much as developing theories. Start a club; universities have the cash for this. Don’t target that club to your own department; target it to those who may be involved in development or planning so you are the only landscape architect tapped into the source of potential work later. The best thing I did in my last two years was to organize two large art shows. The shows lost me many points and favors at school, but allowed me to meet some people who are now great mentors and have helped me get my foot on the first rung of the industry. It is up to you to do this. In this world, credibility is everything and, in my biased opinion, more important than your ability for conceptual thought (unless you are hoping to work in academia). Plan your education inside and outside university and set goals, because once you graduate with a big head and a small body, it will be much harder to begin practicing, especially if the industry remains the way it is today. Good luck. Article written by Stuart Beekmeyer Published in Blog