Awareness on ecological matters, climate changes and the resource crisis that humankind is experiencing in our time is gradually growing through national projects as well as individual concern and action. This is not to say that all creative human requirements like an ideal living space and innovative designs are left aside. Moreover, it is striven to ideally combine these two important points for an ideal home project.  One such endeavour is the Solar Decathlon Europe project held every two years in Madrid, in an organized space named Villa Solar. Building designs put forward by universities around the world and compete in 10 contests which are based on energy efficiency, home design, recyclable materials used and alternative energy sources. The aim is to find efficient solutions combating modern day lifestyle issues for the home of the future. LAN managed to get in touch with one of the teams to get a real insight on the SDE, the projects and what it means to have a design for the future with a personal twist. The PRISPA house team is from Romania and they were one of the 18 teams to go through the competition. I chatted with Adrian Pop, PRISPA team member, fundraiser responsible and public relations contact. Read on to find out what he had to say and learn more on this interesting architectural experience.

Solar Decathlon (Europe) is indeed a very important competition. It is considered the most important student competition for sustainable architecture and applied technologies. It was an important step for Romania in design built projects, with the multi-disciplinary student team experimenting sustainability in a process, from drawing to building the project. We prepared for the competition for 2 years. It was a great feeling to build the house in Madrid and meet other 18 teams that had a similar experience. We felt like one big team celebrating the finish of a very intense journey. 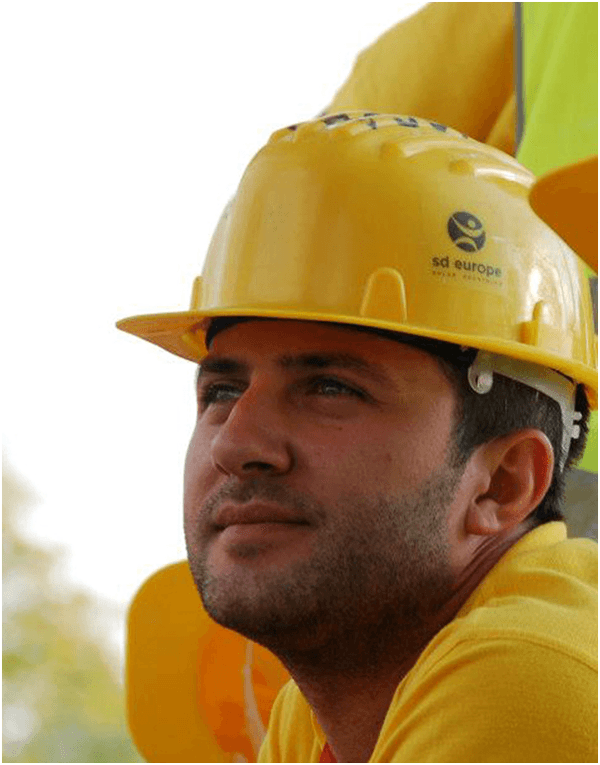 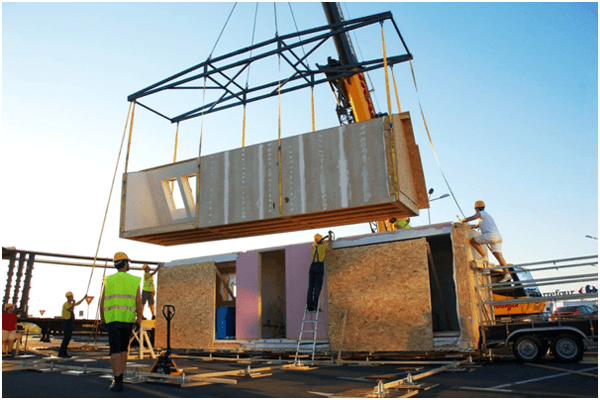 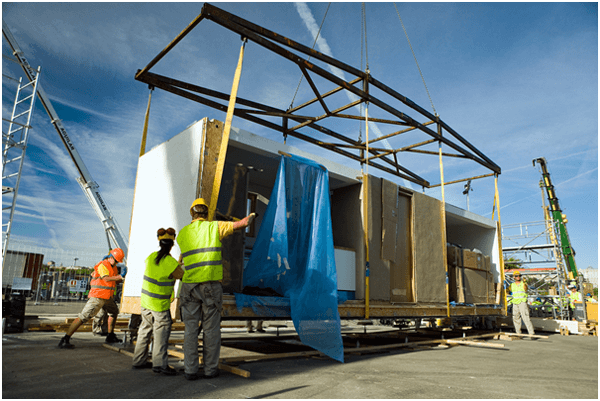 The project was named PRISPA because the porch (prispa is the Romanian word for porch) is an element seen in the Romanian traditional architecture. It is a special space between the exterior and the interior, a social place from where you can see and be seen. In summer, when the sun is up in the sky, it shades the interior, whereas in winter, when the sun is lower on the sky, the porch allows the rays to enter through the window and heat the stone paving. The porch is also a thermal and wind buffer. The PRISPA house also has other traditional elements, like the north roof that works like a wind shield, protecting the house, or the organization of spaces. The house uses Romanian traditional architecture elements because they were proven smart and useful, but it’s a house adapted to modern living and it integrates high performance technologies that assures a high level of comfort. 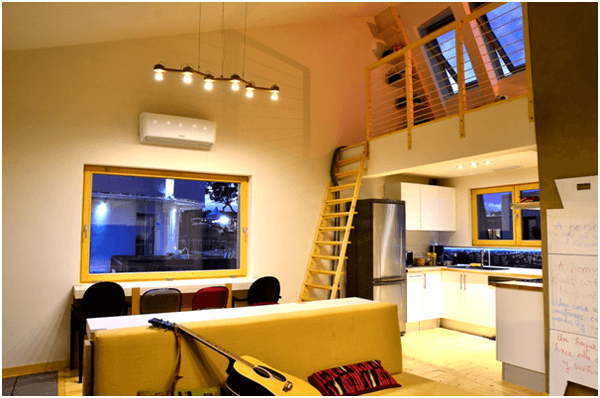 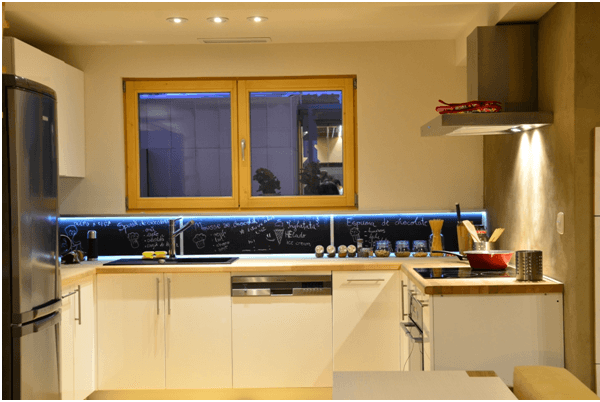 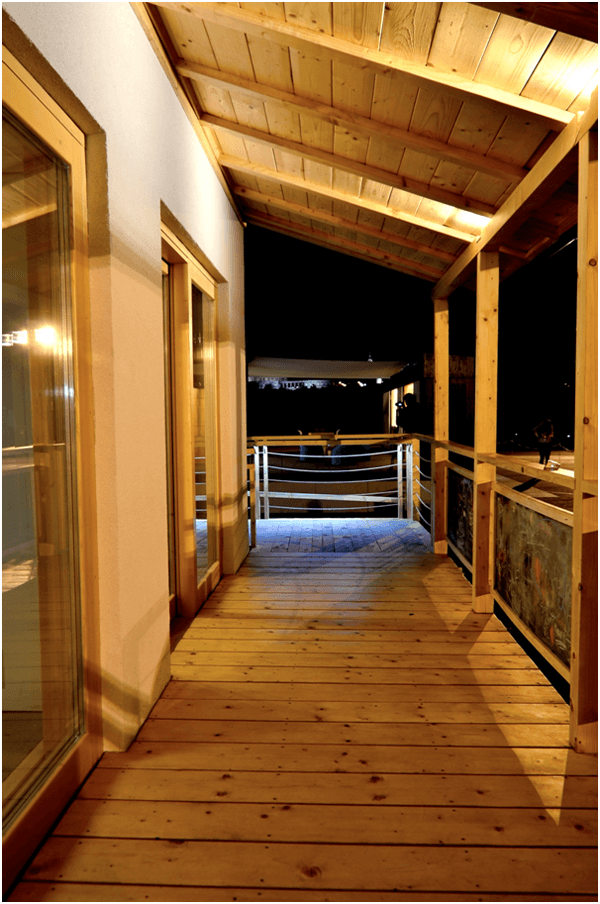 The competition is driven by the universities to push the limits and present very advanced solutions. This is why the budgets are very high. Our project started with a budget limit and with the will to obtain a house fitted for the Romanian market. We use the Dacia car to describe this: we didn’t design a Formula 1, but a Dacia; a good car which is affordable for most people. In addition, if PRISPA was a car, it would run without fuel, being powered by solar energy.

First, we tried to limit the energy required. We always tried to avoid heat bridges, to limit energy consumption, to rely also on a passive strategy (thermal mass materials, buffer spaces), and then we covered the energy needed with a solar system that produces the energy needed. We don’t produce much surplus energy. The heat is combated by a ventilation system and if the outside temperature drops lower than -5 degrees, we use the radiant power that heats the thermal mass surfaces. 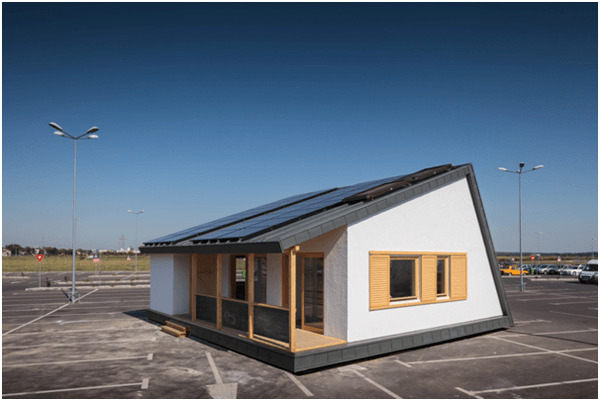 PRISPA finished on the 9th place in the competition. To paraphrase the German team, 9 is fine! We were second in Energy Efficiency, forth on Electrical Energy Balance and second at Public Choice. We considered that a very good result for our project is the impact it has in Romania and since sustainable constructions are very rare in Romania, we wanted a house that uses very simple solutions, easy to find in the market, not expensive and easy to maintain. This is how we could actually communicate with the large public and had the opportunity of promoting sustainability in Romania. The judges looked for innovation and new solutions and they also encouraged an urban direction. 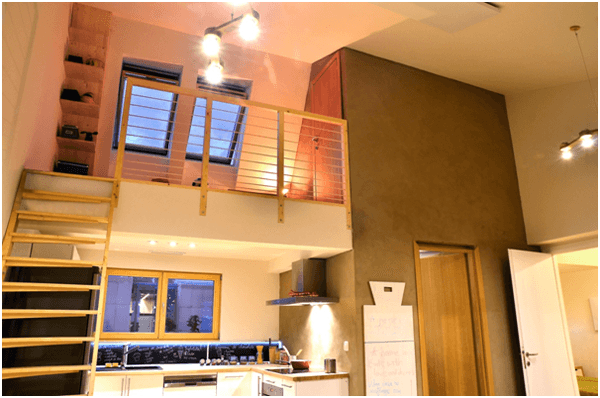 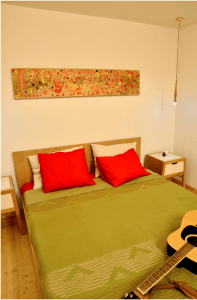 Canopea was my favorite project from the beginning. It was perfectly fit for this new direction for SDE, going towards urban solutions. The team has the experience of other Solar Decathlon participations and you could see how they thought of every detail. They were also very well organized as a team. Being our neighbours in Villa Solar, we learned a lot of things from them. They are our friends and we are happy that they won the Solar Decathlon Europe 2012.

The industrialization of the project was just theoretical for us until we first exposed the project in July in Romania. Then, all the visitors asked about the price, surface, the possibility to do small adjustments, if the house can be extended and around 40 persons showed interested in buying an industrialized version of the house. Here we also found a buyer for the prototype. Right now, the PRISPA house is being built in Bacau county, Romania. Also, some of our partners (more exactly the BioHaus company, specialized in building wood houses, Habitat Energy and MSC Coninstal, specialized in finishes and installations) showed interest in partnering with us to produce more PRISPA houses. They also strongly supported the development of the PRISPA project. In Madrid, this interest for the industrialized version was also proven. We found companies interested in selling PRISPA houses in France, Spain and Africa. Taking into consideration all the feedback received during the exposure in Romania, we gathered a small team and designed the industrialized version of the house, with small adjustments. It offers an additional room and a small bathroom in the attic. We also made structural and engineering adjustments to optimize the costs. The PRISPA industrialized version could be bought at 70.000 euros. We are now working on gathering the team that will manage the industrialization of the project. This is a new and separate project that we really want to start as soon as possible. 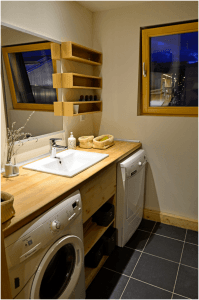 The Solar Decathlon competition itself is a very good standard. It has very detailed rules and this helps the teams to organize and to arrive to high standards. It takes into account the organization plan, how you raise plans, how you design the house, how you plan to construct the house, health and safety, performance standards and so on. Concerning the other projects, as I already said, I liked the winning project because of the idea behind the project and because of the way they organized everything. I also liked the Ecolar project. They really did research and came with a lot of innovative solutions using solar tubes, face changing materials combined with traditional materials and so on. Odoo project had a very clean design. They were also at their first participation and did a really good job. (E)co, the team from Barcelona, had a sort of glass house with flexible modules inside that accommodated the house’s functions. The atmosphere inside was very good. All the projects were interesting, but I should also mention Casa Pi and Astonyshine, that came into the competition just a few months before and had to do all the work in a much shorter period. It’s amazing that they did it.

The Request for Applications was just launched and we are analysing it. I moved to Cluj, and we already formed a team here in the Technical University of Cluj-Napoca. We’ll partner with the Babes-Bolyai University and the Arts and Design University. We have some ideas and we’re very enthusiastic about the project. In Bucharest, there is a group of students from the actual team that want to apply again for the next edition, so it seems that we’ll have 2 proposals from Romania for Solar Decathlon Europe 2014. Wish us good luck! So there you go! Architecture is pushing forward not only in creative and unique design innovation but also in new ways of living harmoniously with our environment for the better good of everyone. The PRISPA house is proof of this, more so as it connects with the cultural elements of its creators whilst being a project that can fit anyone’s lifestyle and budget. All the designs involved show an step forward towards awareness and the qualities of the next generation of building a better world, and perhaps repairing the mistakes make so far in our way of living. 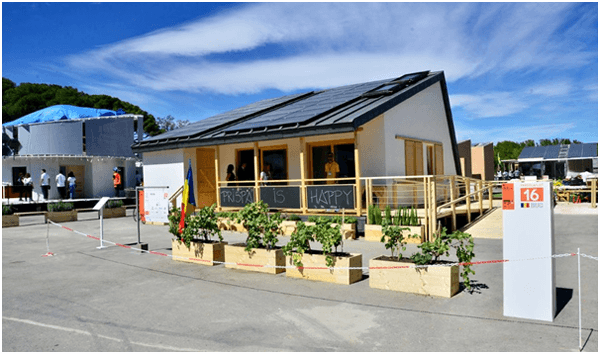 For more information on the Solar Decathlon Europe go here. LAN is looking forward for the 2014 edition and new ingenious innovation from students! Article written by Oana Anghelache Enjoy what you’ve read! Support us and pick up one of our awesome T-shirts today, Click the link