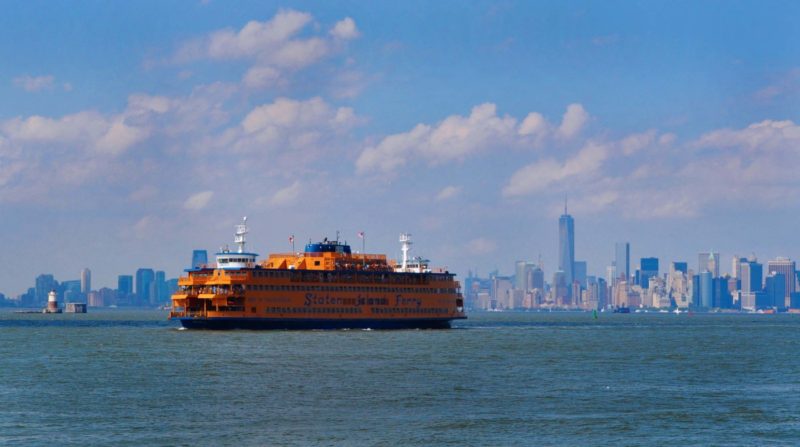 Staten Island is probably the most under-appreciated of New York City’s 5 boroughs.  Besides riding the Staten Island ferry for a free waterborne tour of the harbor, I have had little reason to visit in the past.  But a New York City Parks & Recreation Department private hike of the Freshkills Park reminded me that there are some hidden treasures on that forgotten Island. 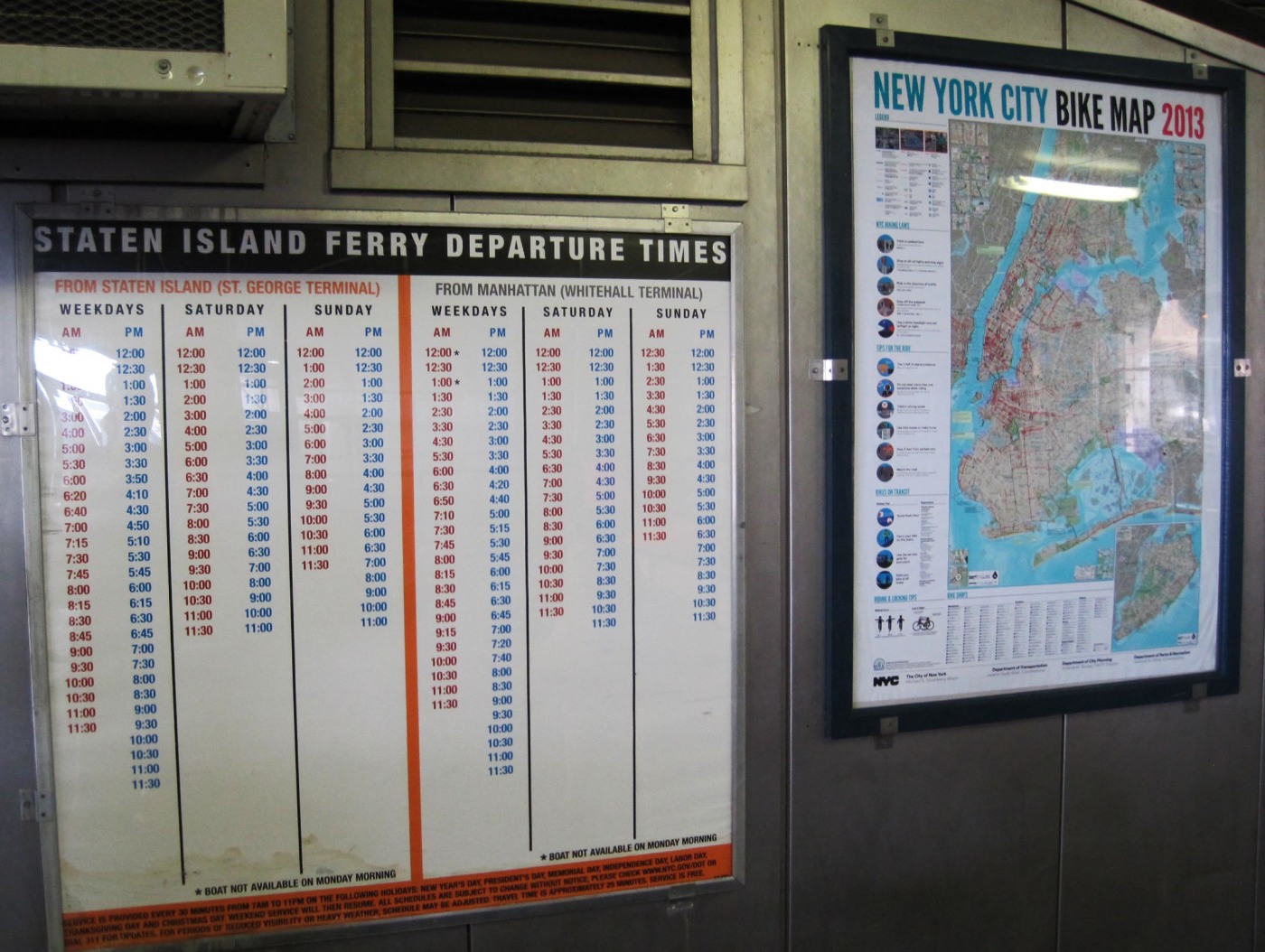 Having never explored Staten Island, I decided to add some adventure to my site visit at Freshkills by riding my bike to meet the group.  The most direct route from the ferry landing to Schmul Park, the group meeting point, was Victory Boulevard, a distance of about 8.5 miles.

The ferry was bike friendly, providing a designated space equipped with bike racks, bike maps and information, but the ride itself was a much greater challenge.  There is no dedicated bike lane on Victory Boulevard and the directness of the route means that the roadway traverses all the hills of Staten Island, making it more adventure than I had prepared for.  The true victory was that I made it there in one piece. 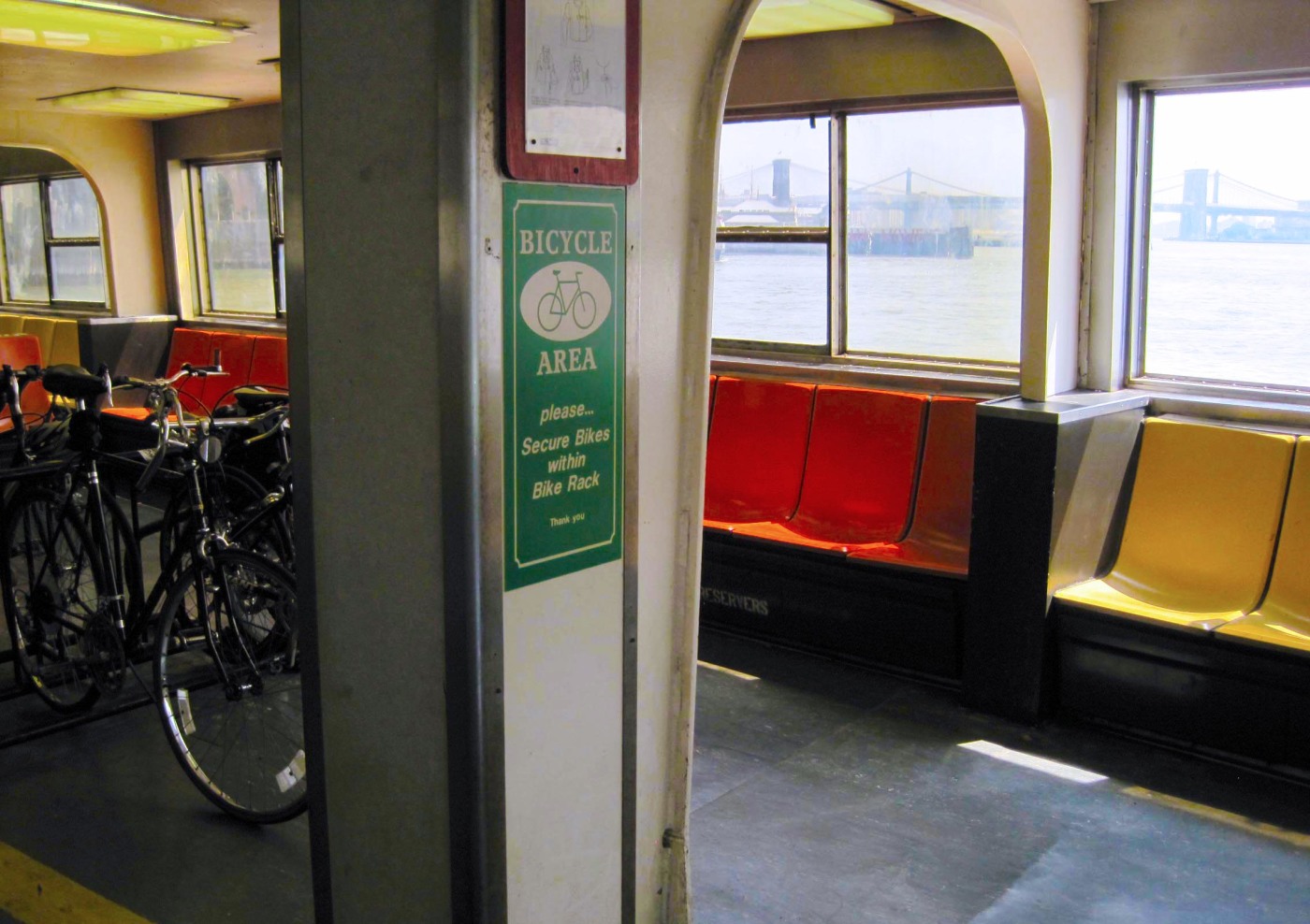 But the trek was totally worth it!  Freshkills Park is approximately two and a half times the size of Central Park and our group of 12 had the whole place to ourselves.  The rolling hills and generous breezes transported my psyche out of the hustle and bustle of the city as we eased into the bucolic afternoon stroll, first up the Little South mound, which is 100’ high, then up Big South mound, which is 135’ high.  If I didn’t already know the history of Fresh Kills it would be difficult to distinguish that the mounds are actually huge piles of trash. 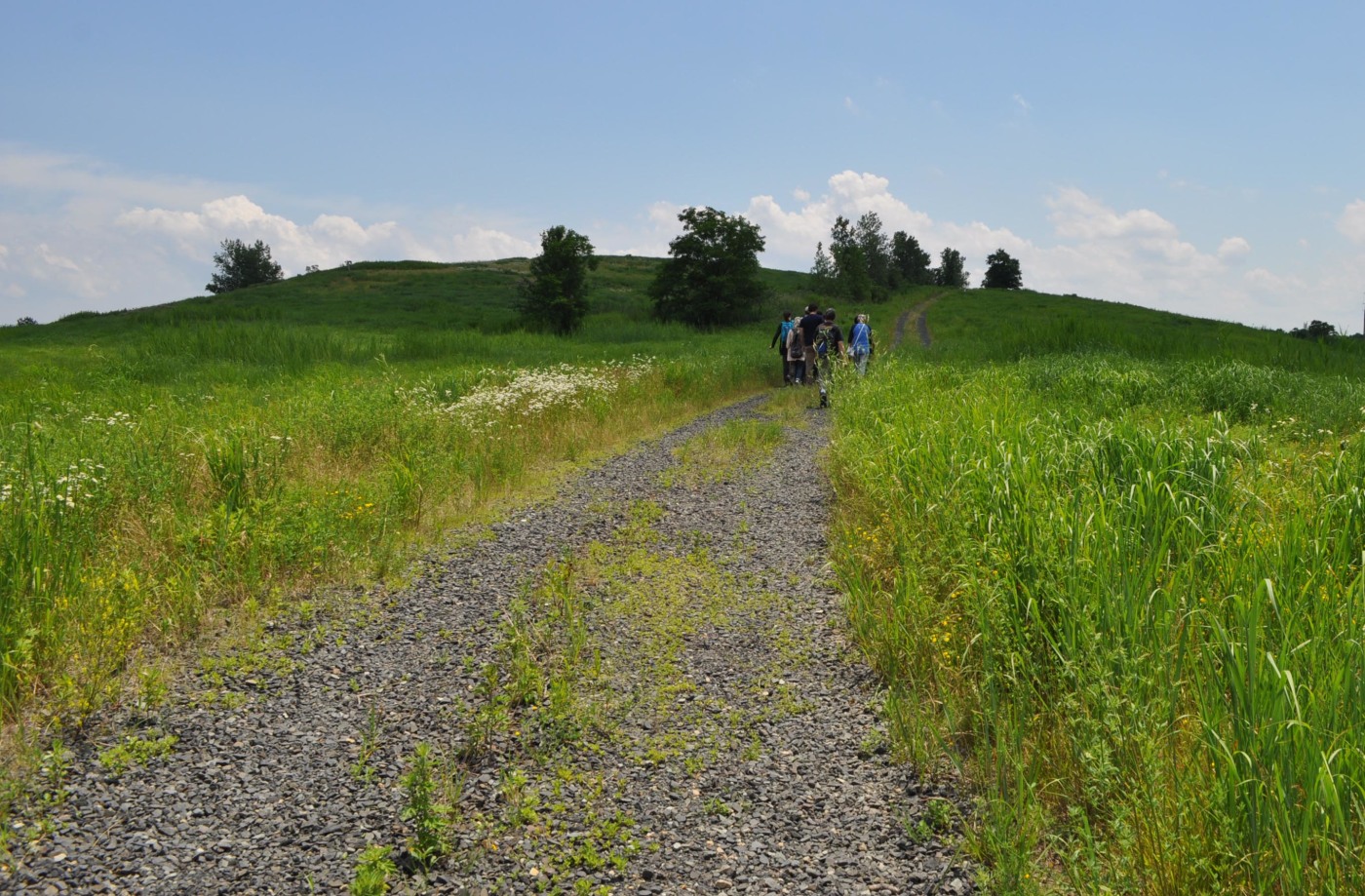 Walking over hill and dale we encountered strange pipes popping up out of the ground, pieces of equipment that betray the present-day identity of the place.  The pipes are well-heads, which are a necessary part of a landfill because they release the methane gas that is produced by the decaying trash below the surface.  The well-heads are the only visible remnants of Freshkills’ former life as a dumping grounds.  They have an intriguing industrial aesthetic that reminds visitors to consider the culture that has produced this remarkable terrain, and the admirable work that has gone into its’ reincarnation. 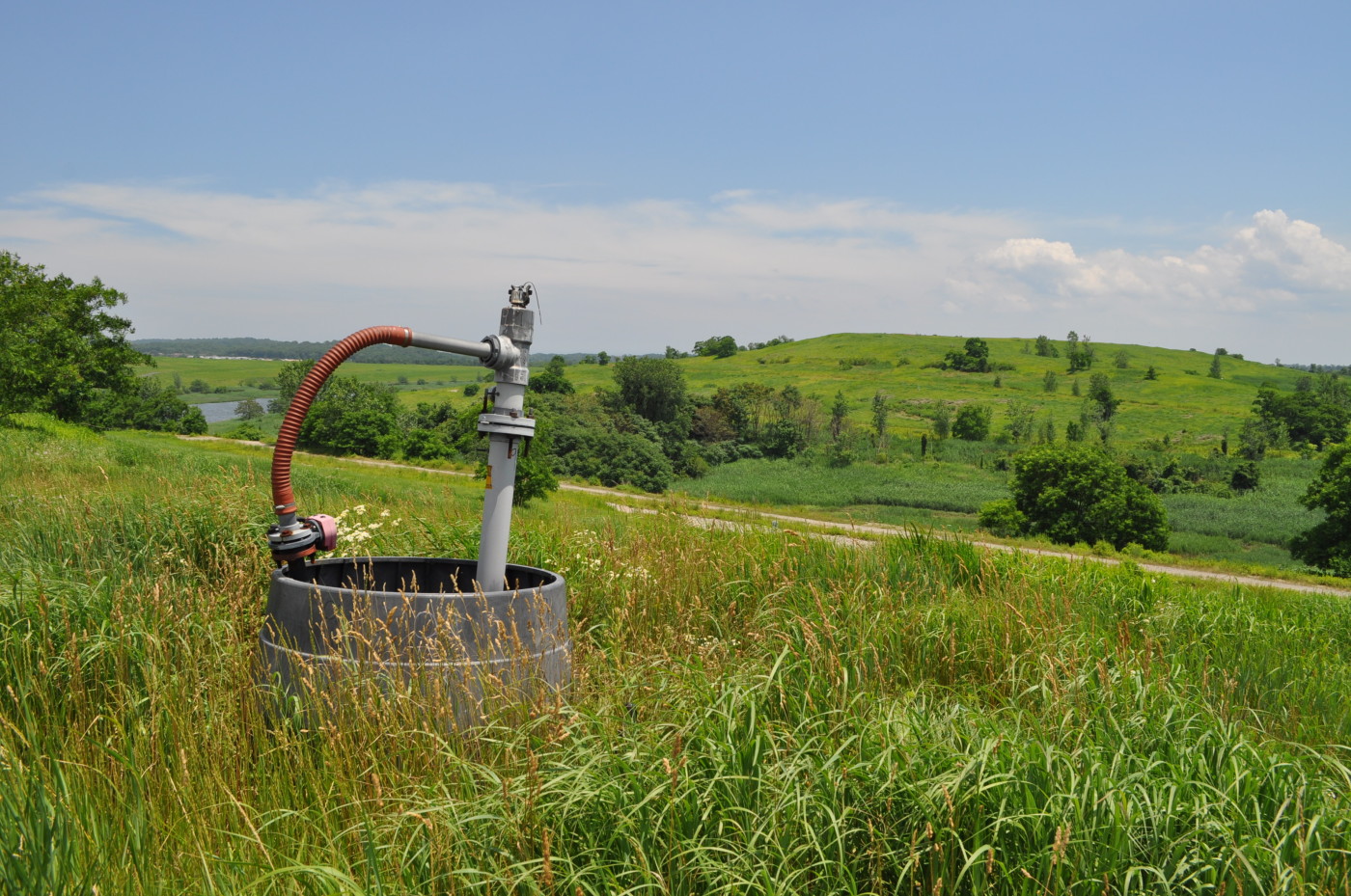 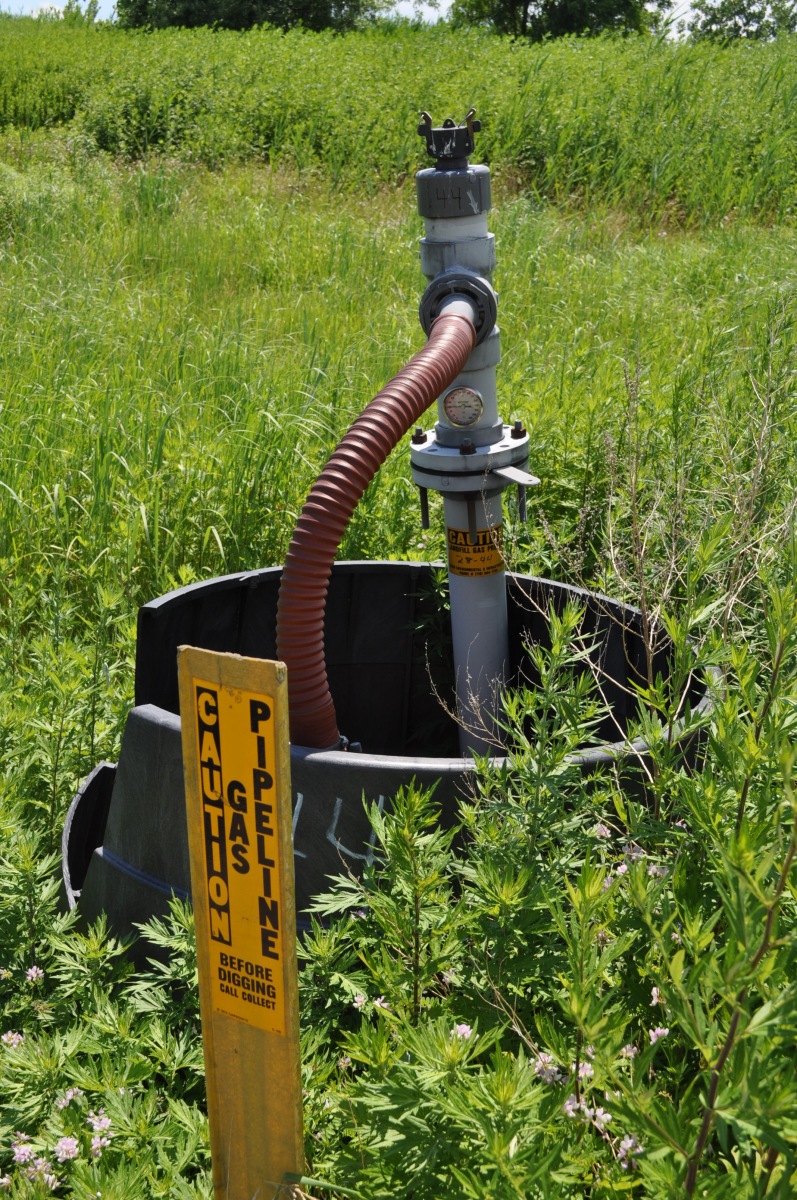 Robert Moses dedicated the site as Fresh Kills Landfill in 1948.  There was no concern for the ecological systems that were there and the soggy, muddy land was considered of little use except as a place for putting unwanted things out of sight.  By 1955, Fresh Kills was the largest landfill in the world.  Finally, on March 22, 2001, Fresh Kills received its last barge of garbage.  The landfill was opened again temporarily to manage the debris from the World Trade Center 9/11 attacks.

In 2001, an international design competition brought new hope for the site.  The James Corner Field Operations proposal entitled, lifescape, won the competition and set a vision for the new Freshkills park to come. 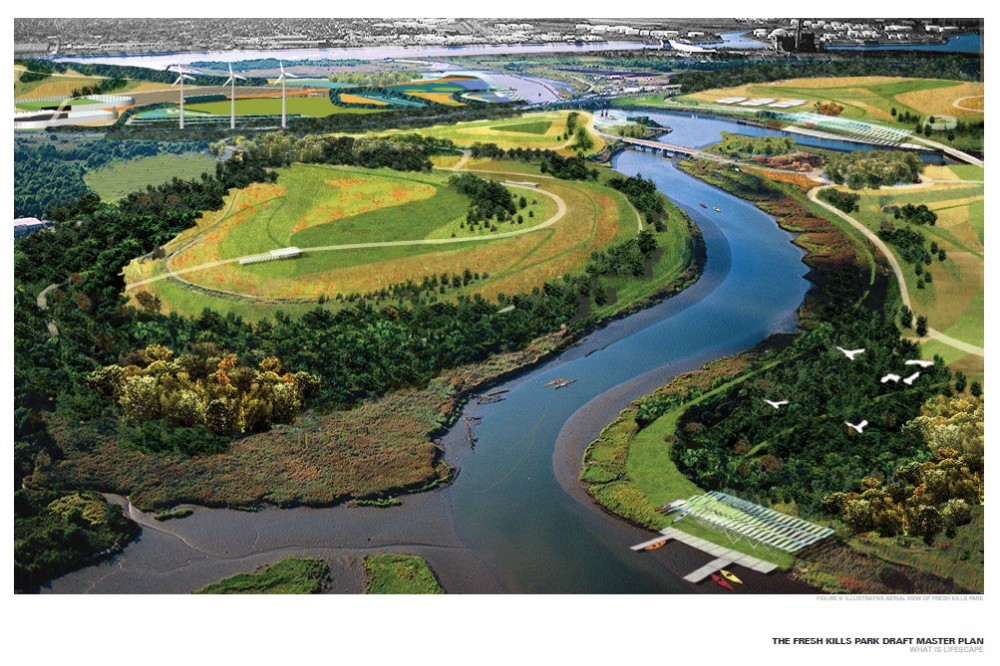 Courtesy of Department of Parks and Recreation – Draft Master Plan

In its former life, the most common wildlife to be seen at Fresh Kills were seagulls, rats, and cockroaches.  These days there is a remarkably biodiverse landscape.

Part of the requisite remediation process for capping a closed landfill is to plant a mixture of native short grasses, but there are also plenty of invasive species present on the site, such as fragmites and mugwort.  All of the trees on the site, which includes cottonwoods and black locusts, are volunteer plants that probably came from the unintentional, pro bono work of the numerous birds inhabiting the area. 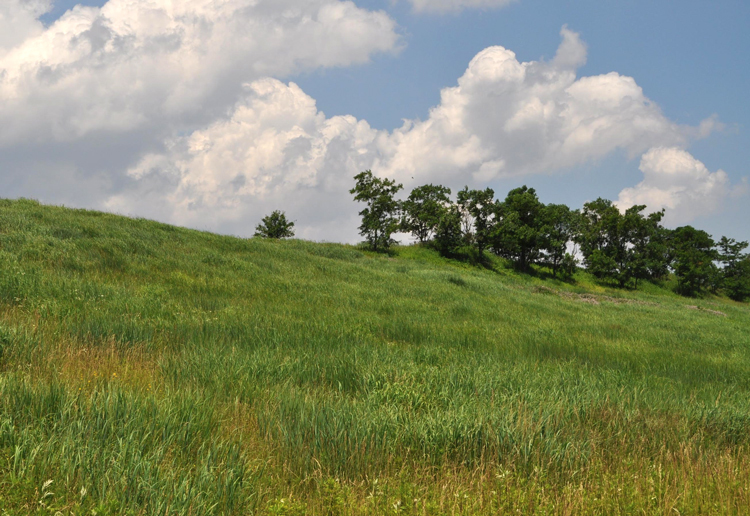 An inspiring collection of birds and animals has been identified at the site.  Parks & Recreation has noted the presence of swallows, killdeer, American goldfinch, redwing blackbirds, red tailed hawks, house wrens and even the occasional bald eagle.   We did note see any bald eagles, but we were pretty lucky to see fledgling osprey in a nest that was perched atop a light pole, while the watchful and protective mother circled above, wary of our presence. Some of the animals that have been noted are white tailed deer, muskrat, coyote, and red foxes. 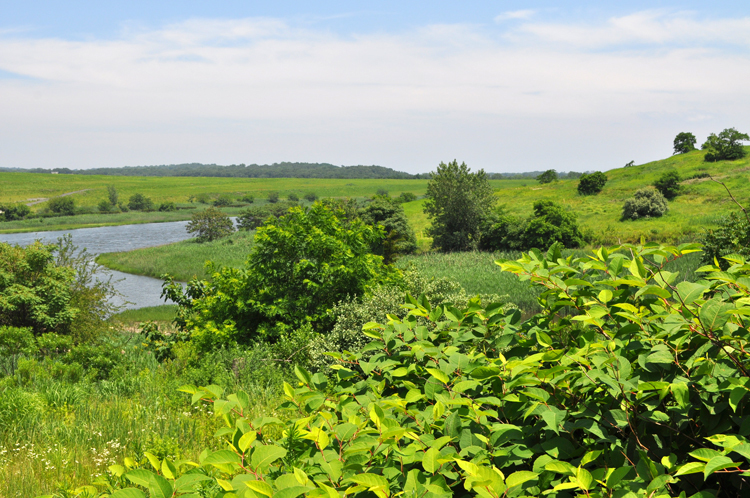 For many years Fresh Kills Landfill produced an offensive odor that wafted over parts of Staten Island.  Besides the landfill history there are plenty other preconceived notions and rumors that the site has to overcome.  For starters, the name ’fresh kills’ conjures strange images for people who don’t know that the word ’kill’ is Dutch for ‘creek’.  In fact, Fresh Kills was named for the idyllic network of streams and wetlands that were originally at the site, which helped to clean the water and buffer storm surges.  Also, I can’t say for certain if it’s true, but rumor has it that the area was once used as a mafia ‘dumping’ grounds. 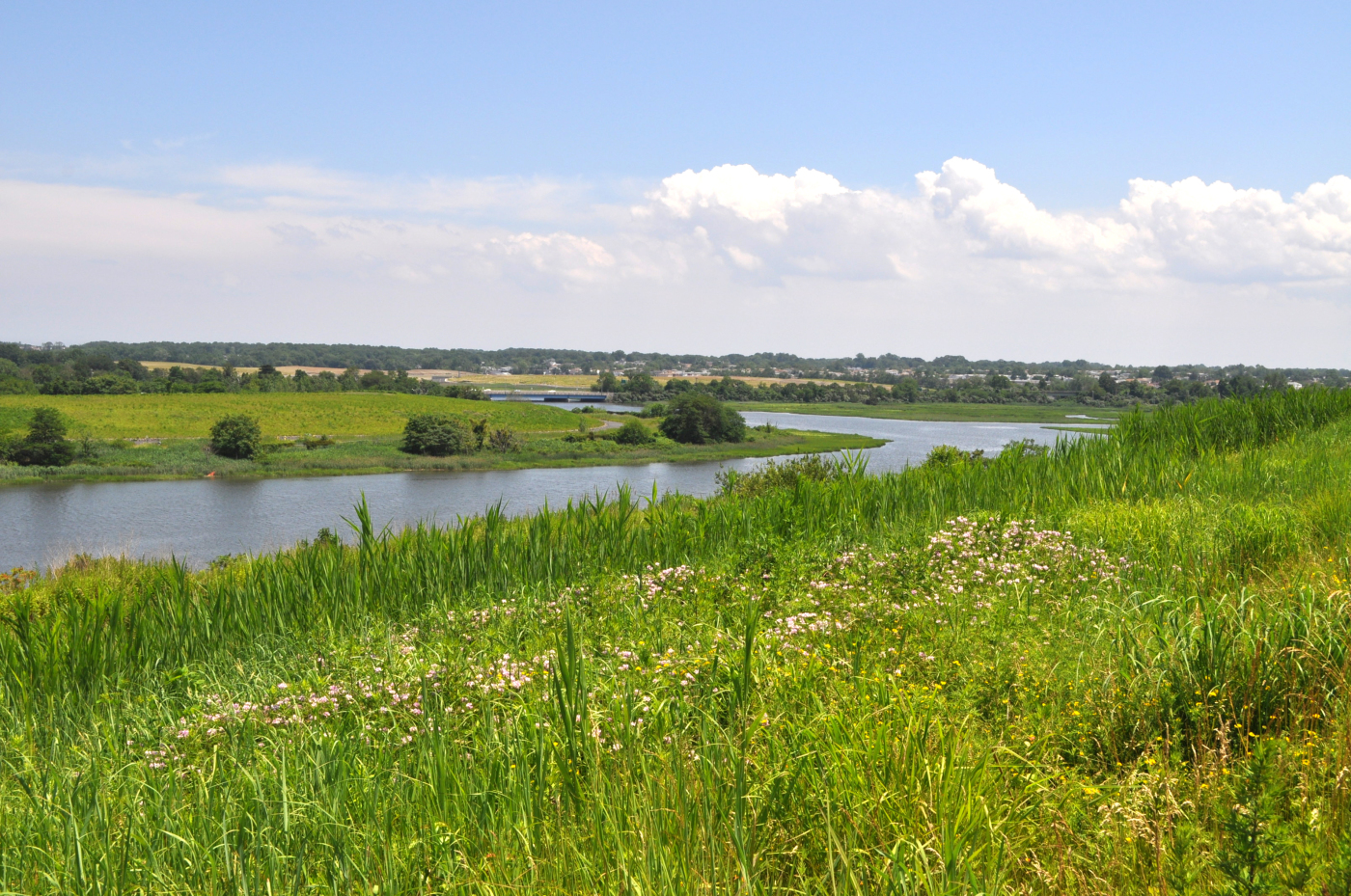 Someone on the hike asked our Parks department leader when the park will be finished and everyone was shocked to learn that the master plan vision would not be realized until 2036.  But most people don’t realize that the answer is more complicated than just a projected future date.  This park is a work in progress.  It is the evolution of a new ecosystem.  There will be new plant growth, which will transform the experience of place.  It is also interesting to consider that the mounds are expected to settle and shrink up to 10% every 10 years.  Despite the Field Operations design of the site, there will continue to be intended and unintended progression of the site, as new life slowly becomes established the park. 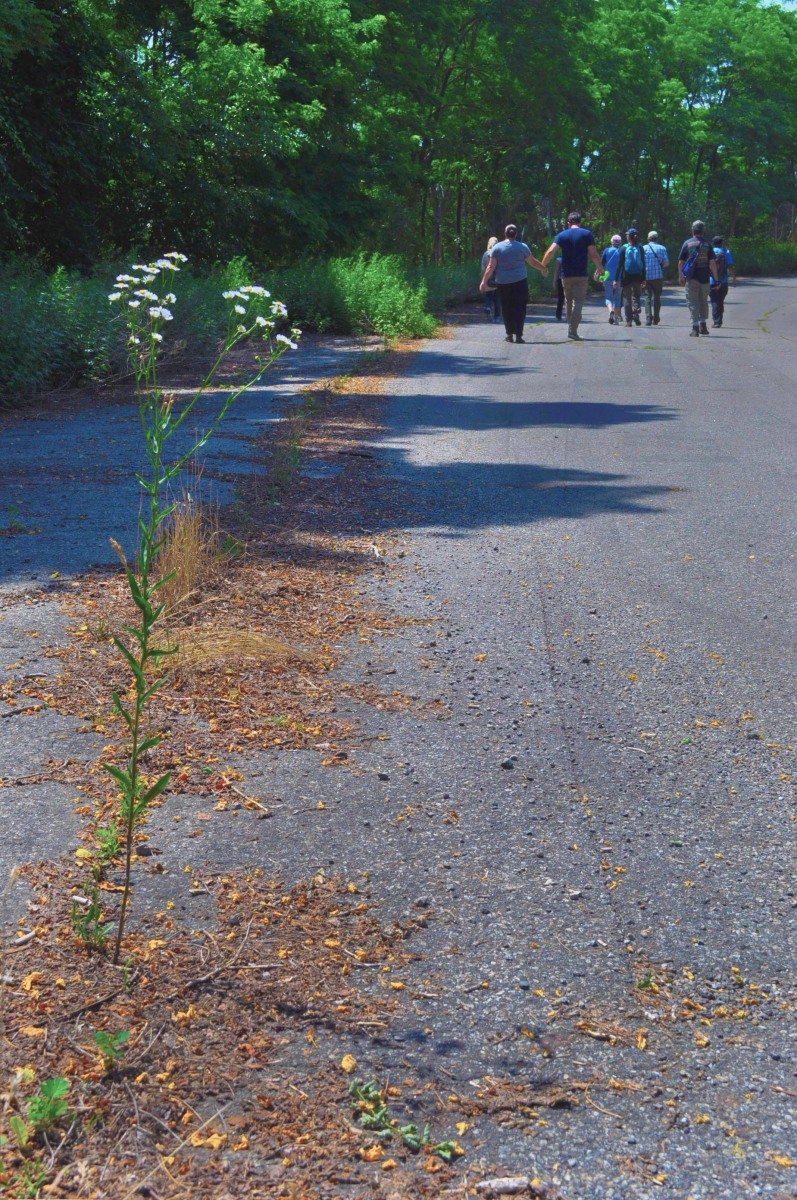 Fortunately, my travels home after the hike were facilitated by the generosity of a nice couple who were also on the hike and who happened to have a bike rack on their car.  To top it off, they took me to get some of Ralph’s famous ices, which can only be found on Staten Island.  I have a whole new appreciation for that 5th borough now.

If you happen to be in the New York City area on Sunday, September 29 there will be a free open house event at Freshkills when the park will be open for everyone to explore the park.  There will be activities such as kayaking, walking tours, biking, kite making, food trucks, among other great entertaining things.  I highly recommend participating in this great event if you can.  But I would also recommend finding an alternative to biking down Victory Boulevard to get there.