Architecture seems to have got its own list down; Blade Runner, The Fountainhead, Metropolis…but what about Landscape Architecture? With the discipline being so wonderfully varied, the possibilities to be included in such a list are endless! Here I merely outline ten films that I think should be considered for such a list. This list comprises of films that have inspired and some of which have given a haunting glimpse into our future and us. Topics covered include; environmental impacts, conservation, climate change and even edible landscapes, from the mines of Moria to the depths of outer space. So when you’re struggling for inspiration for your next project or you want your perception of landscape questioned, here are ten films you should watch! Get the popcorn! 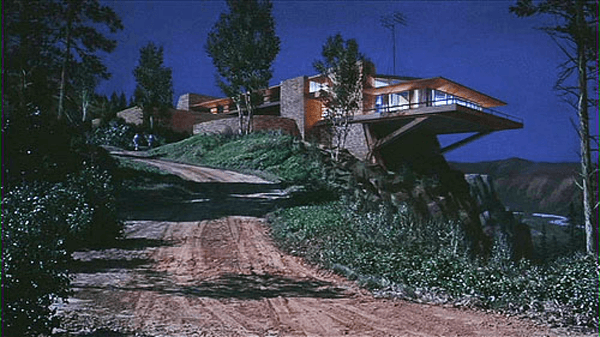 10. North by Northwest (1959) This film is often included in the architecture list due to the stage designs being profoundly influenced by Frank Lloyd Wright. Yet the film also speaks of landscape too. For instance the almost Noguchiesque square as Cary Grant flees the Plaza Hotel and the evil lair/house of Vandamm that is built into the hill; prescribing to Wright’s belief that “if you build on top of the hill, you lose the hill.” 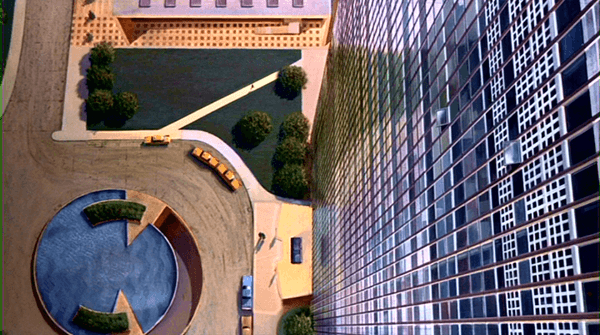 9. Silent Running (1972) Whilst not the most exciting film on the list, there are some great messages about peace, love and photosynthesis. Lowell is a botanist-come-astronaut charged with the mission of keeping the last bit of known vegetation alive in greenhouse-spaceships. His rant  “I picked it and I fixed it. And it has a taste, and it has some color and it has a smell” hits home. 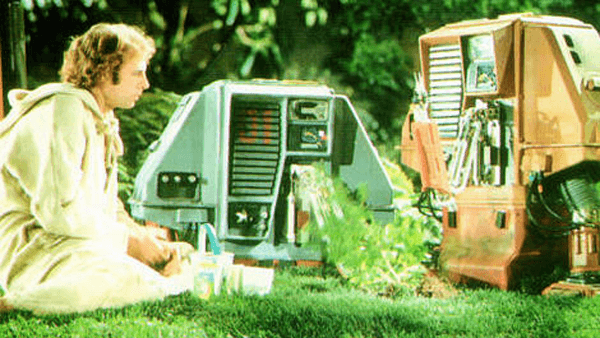 8. The Secret Garden (1993) Where would a childhood be without The Secret Garden? As the young Mary discovers the garden, she begins to bring it back to life. The film depicts those rare occurrences when you truly appreciate what it is like to embrace something with childlike wonder…. How we often feel when discovering elements of nature. 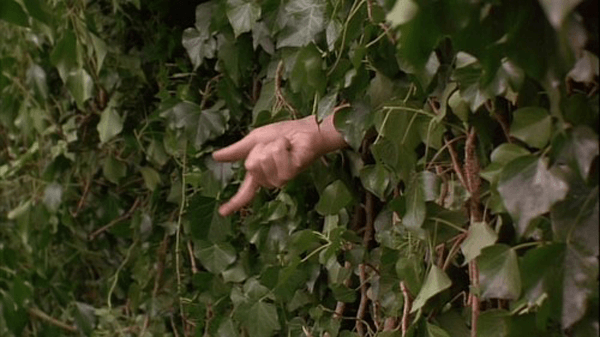 7. Chinatown (1974) One would hope that such challenges as corrupt officials and murder wouldn’t face us all in our everyday careers. This film however, highlights the problematic relationship between big money, the city and environmental concerns. Set in 1937 it was inspired by the California Water Wars of the 1910’s and 1920’s. 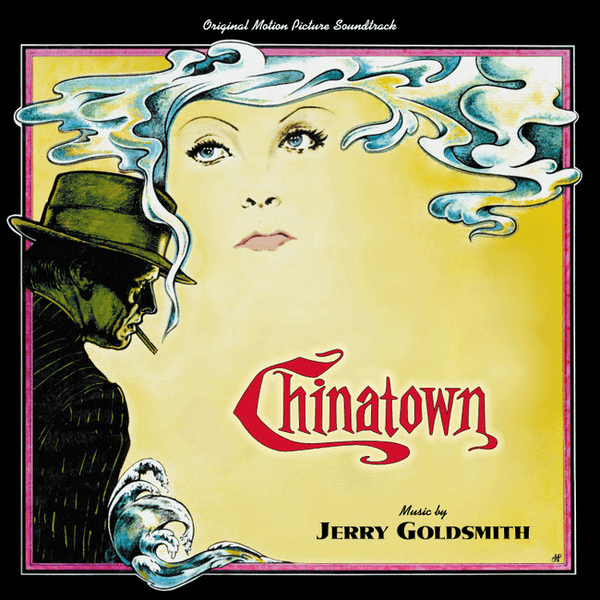 Lord of the Rings, Blue Mountain

5. The Mountain (2011) I have chosen not to include documentaries per se in this article as it should merit a top ten of its own, but I couldn’t resist putting in a time-lapse video. The Mountain by Terje Sorgerd deserves a special a mention for the awe-inspiring recordings of nature (including what the Milky Way looks like through a sandstorm at 00.32) that will leave you feeling refreshed, exhilarated and incredulous all at the same time. 4. Day of the Triffids (1962) Plants fight back! Nature reigns supreme! Based on the exceptional novel by John Wyndham this film takes a look at what happens when (alright, alien based) nature goes mental. 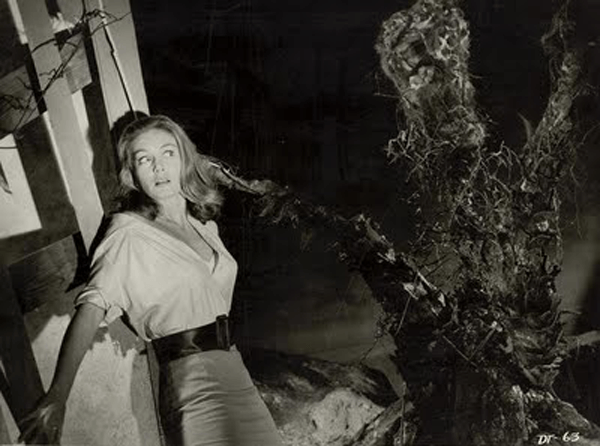 Day of the Triffids

3. Brazil (1985) Terry Gilliam’s dystopian masterpiece; The colossal architecture that represses the workers juxtaposed with Sam’s dreams of flying over the beautiful open countryside are the old utopia vs. dystopia, gemeinscahft vs. gesellschaft, innocence vs. capitalism dialectics given a postmodern dressing. And what about those nuclear reactors painted the color of the sky? Spookily full of foresight some may say. 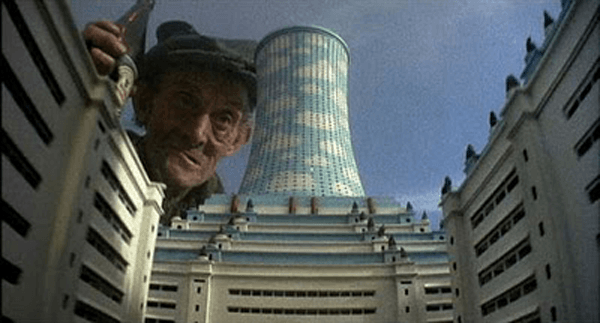 2. Willy Wonka and the Chocolate Factory (1971) Optical illusions, trompe l’oeils, playfulness and delight… A reminder that although Landscape Architecture is in the midst of a struggle to be taken seriously as a profession, we should never forget to enjoy our work. That planting! The “Pure Imagination” scene is an absolute joy to watch – all done without special effects. Chocolate rivers, cream filled mushrooms, tea cup-flowers… Now that’s what I call an edible landscape!!! 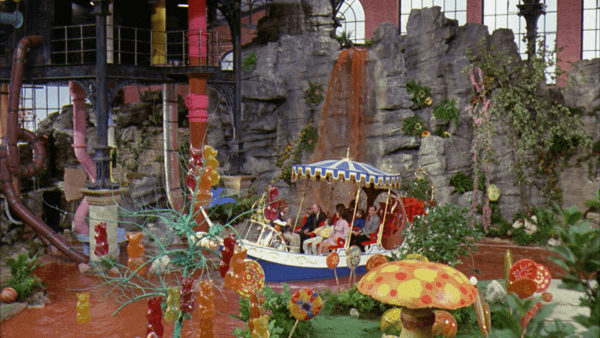 1. Soylent Green (1973) This is an absolute must for anyone interested in not just Landscape Architecture, but urbanity, food in society, climate change and beyond. The tears bought to Sol’s eyes by real food and the swarming mass of people as they crawl over each other like ants, fighting to survive in an eternal heat wave, are potent images concerning the future. 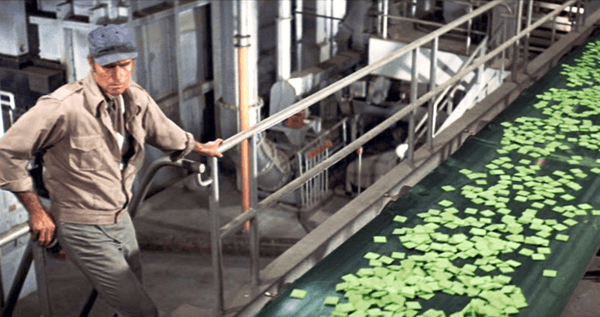 The nasty climax of the film is sensational but the most lasting message is when Thorn sees images of what earth was like before he was born. That is to say, with animals and greenery; “How could I know? How could I ever imagine?” he cries.

So there we have a mere 10 films featuring: hard landscape, food, botany, topography, nature, horticulture, infrastructure amongst other elements. As Landscape Architecture as a profession continues to grow and become more known, perhaps an established, critically engaged, filmography will develop. But for now, this article is meant to highlight inspiration as well as offering films that are provocative to current debates in landscape architecture. Undoubtedly I’ve missed some out – what would you recommend? Article by Sonia Jackett Enjoy what you’ve read! Support us and pick up one of our awesome T-shirts and hoodies today, Click the link