Decades before Dallas Area Rapid Transit (DART) began building what today is the longest light rail system in the United States, people and freight were shuttled between north Texas communities by an impressive interurban rail system of electric trolley cars that would ultimately span hundreds of miles across north Texas.

Beginning in 1900 with an inter-city railway connecting Denison and Sherman, an interurban line connecting Dallas and Fort Worth was built in 1902, and in 1911 a line from Fort Worth to Cleburne, with a prominent stop in Burleson, went on line as well. The railway system was efficient and effective — cars traveled at 60 miles per hour and made commuting into the city for work or entertainment convenient and inexpensive — and lasted more than 40 years, until the advent of the gas-powered auto and America’s burgeoning highway network relegated it to obsolescence.

During its heyday, the interurban railway helped establish Burleson as a bustling town with charm and welcoming character, and as the City undertakes an effort to revitalize the core of its historic Old Town district, the integration of two 20th century trolley cars and the historic train depot station into the reimagined Mayor Vera Calvin Plaza in Old Town — along with historically inspired character and aesthetics — provide the impetus for an engaging community hub that celebrates Burleson’s historical legacy.

From gray to green, the conversion of surface parking lots outside Burleson City Hall into a new multipurpose civic venue is the product of hands-on workshop ideation, astute planning and corresponding design approaches. Envisioned as the city’s living room, the new plaza is located in front of Burleson City Hall and includes the historic interurban depot building and the two historic trolley cars, which have become key elements of the new design, help to organize the space and provide inspiration in terms of historical context, materiality, theme and story. For example, indenting rail into specific sidewalks showcases where the line used to run.

The plaza is designed to accommodate large-scale events like concerts and community-wide events, while also providing comfortable, more intimate spaces for informal daily gathering. A covered stage structure integrates the trolley cars and provides a distinctive, shaded venue for performances. The plaza’s location adjacent to Ellison Street, which includes many of the area’s popular restaurants and entertainment venues, provided the impetus to close the street to vehicular traffic and create a pedestrian promenade. 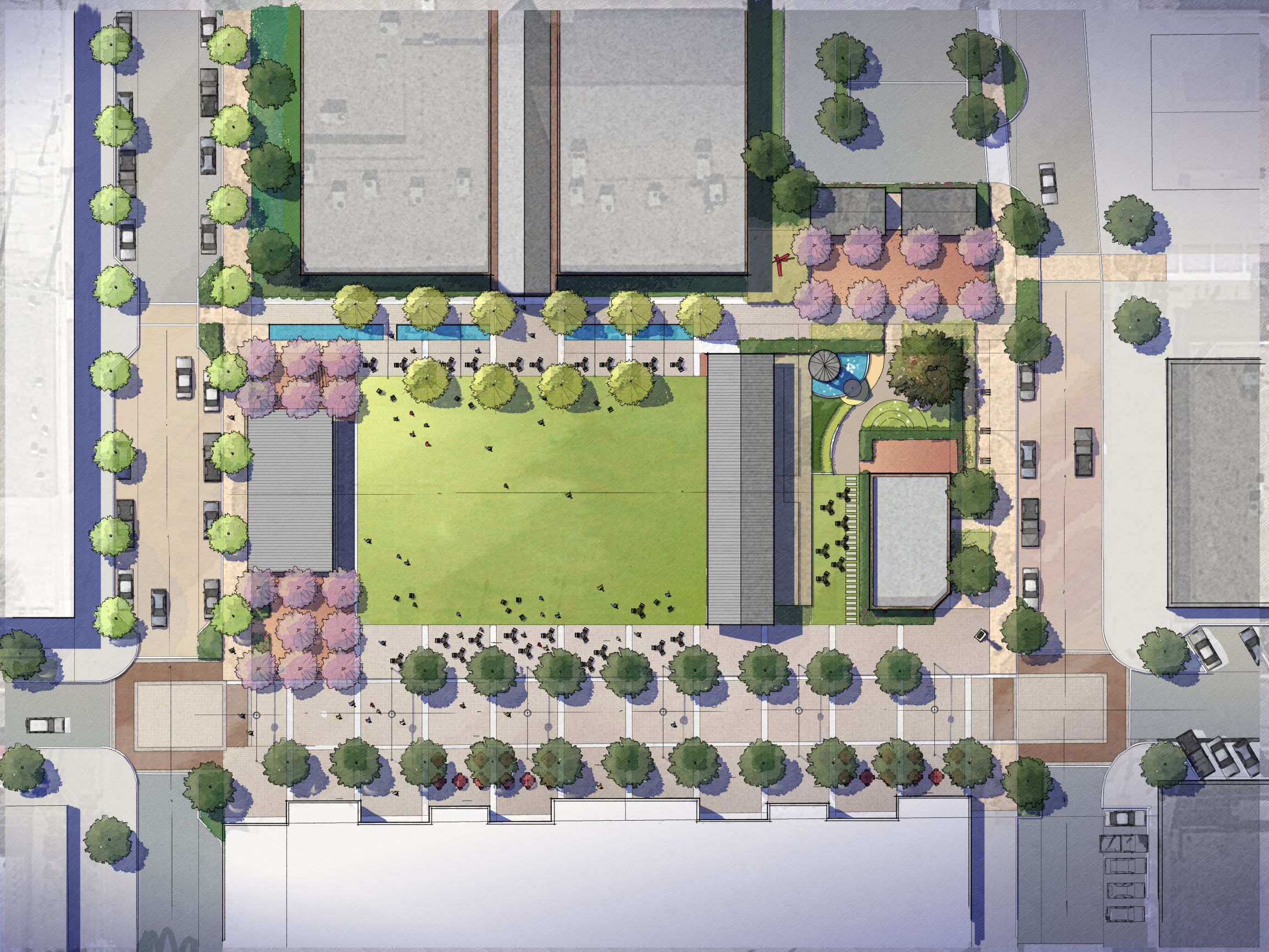 The project is breaking ground and visitors to Old Town Burleson will have a chance to enjoy the area’s historic charms in a comfortable, inviting space — and gain a firsthand knowledge of the region’s impressive interurban rail system that was years ahead of its time.

Eric Garrison, PLA
The Managing Principal of TBG Fort Worth, Eric has more than 16 years’ professional experience that includes working on elaborate projects throughout the United States and internationally. He excels at both large-scale planning and landscape design at a more focused site level, allowing him to contribute to the successful creation of numerous projects. Eric also is proficient at working through the multidisciplinary charrette process that produces extensive work product in a matter of days — he has been integral to many of TBG’s most successful charrette endeavors.