“A Changing Neighborhood”, designed by Espace Libre, Mantes-la-Jolie, France. The urban neighborhood of Val Fourré, located in Mantes-la-Jolie, France, has undergone an amazing transformation, going from bleak to awe-inspiring. The project was completed in 2014 and it covers an area of 56,500 square meters. Escape Libre was the firm responsible for the successful project, commissioned by HLM Interprofessionelle Région Paris. This is the kind of project that demonstrates how much it is possible to change a neighborhood; starting from inspiration and adding talent, one can ensure urban renewal at its finest. Nature is brought back to being the source of everything that is alive and beautiful, blending in with the rest of the urban landscape. 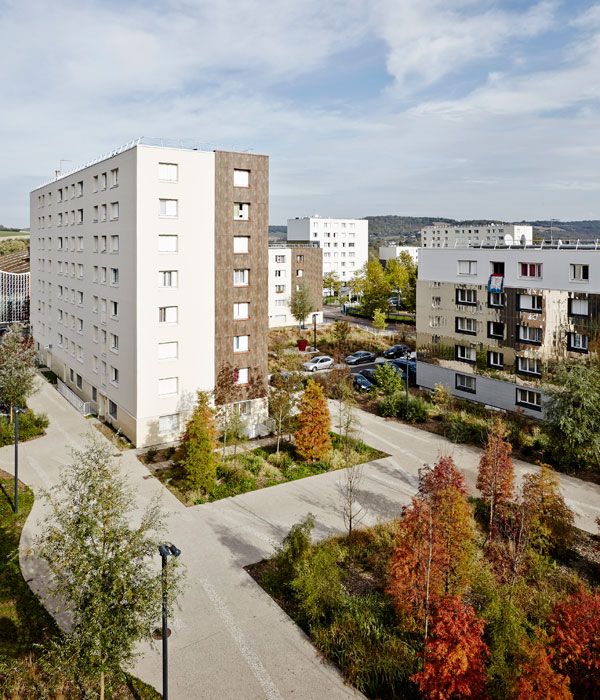 What Was It Like Before? When the neighborhood of Val Fourré was developed in the 1960s, it was surrounded by nature on all sides. There was the Mantes forest, the Vexin hillsides, and the Seine River, each bringing its own appeal to the urban area. Urban boulevards were created from the conversion of major roads, as the main idea was to link Mantes-la-Jolie with neighboring towns. 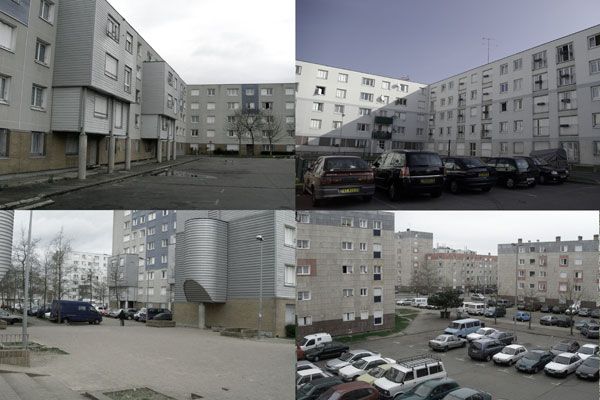 Parking spaces were transformed from private to public, thus allowing more space to be obtained. However, in time, the neighborhood degraded and its aspect was desolate, to say the least. Has Val Fourré Been Reborn from its Ashes? Thanks to the talented people working on the project, Val Fourré, like the mythical phoenix, went from bleak to fascinating. The architects working on the project knew how to eliminate all the sadness and the gray, taking advantage of what the neighborhood had to offer. They wanted to make a shift toward nature, making the space a pleasant place to live. And they succeeded, bringing the exceptional landscape back into the center of attention. 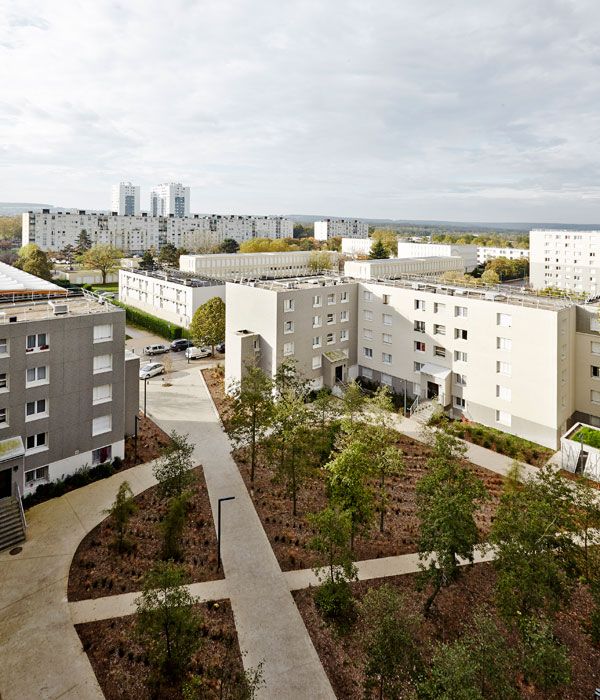 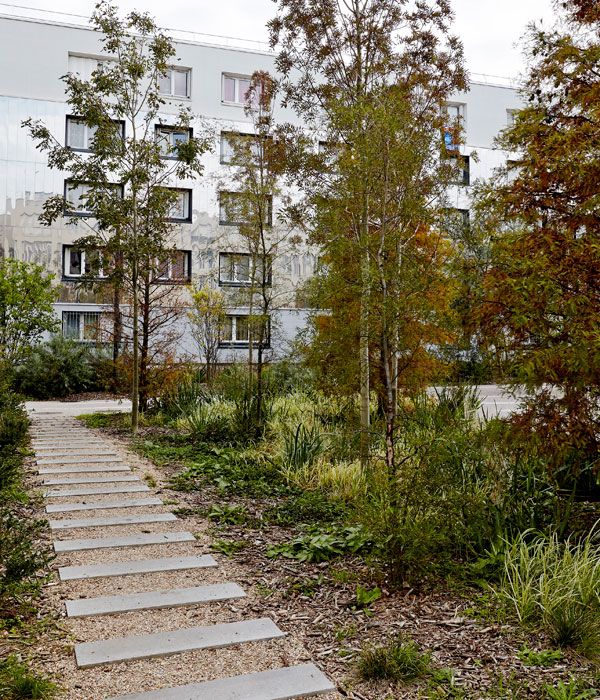 What Was the Inspiration for the Project? As this is the kind of neighborhood in which nature is present in almost every part, it was not difficult for the architects to find their source of inspiration. They took nature as their major source of inspiration. Through talent and experience, the architects chose to link each landscape element, including the water, with the rest of the existing environment. Related Articles: 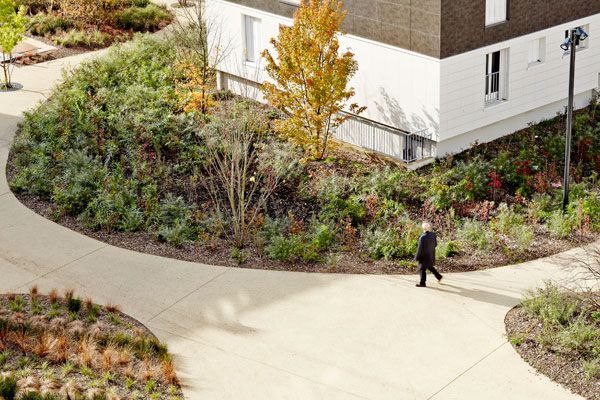 What Changed in the Neighborhood? Perhaps one of the most interesting changes was related to the capturing of stormwater. Marshlands, meadows, and infiltration basins were carefully chosen for such purposes. Regional plants were added and special materials were included for a high-infiltration guarantee (grass concrete). It was the delicate and yet highly efficient urban planning that led to a change in this urban neighborhood. The approach was clearly connected to nature, as every landscape element was highlighted in the most unique manner. The neighborhood slowly became a prime example of what sustainable development should be all about. What Elements Were Chosen for the Urban Renewal of the Neighborhood? In changing the face of the neighborhood, it was necessary for the buildings to receive a makeover, as well. The undulating buildings are now in touch with the beautiful Vexin hillside. It is amazing how nature was connected to an urban area and how simple elements made such a huge difference. 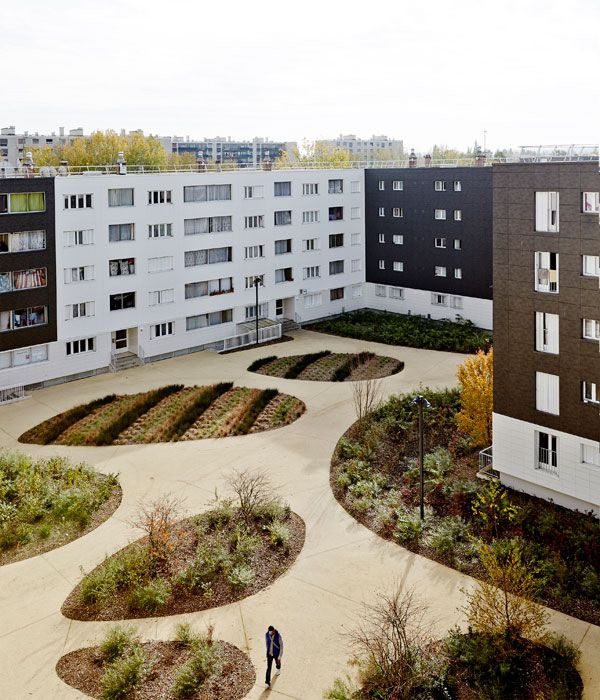 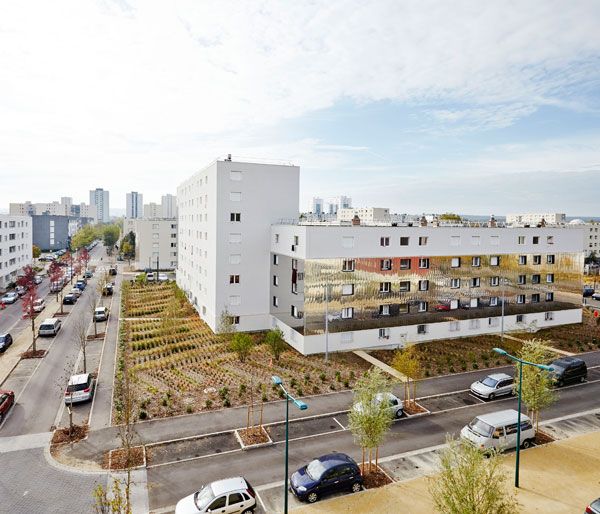 How Nature was Brought Closer to the Residents To bring nature even closer to the residents, each building was adorned with a green roof. This allowed for the buildings to integrate more easily into the landscape, but also represented a step toward sustainable development. The water was an element of unity and structure. Because of its closeness, it was reproduced in an undulating form, as well. Different scales were chosen for such purposes, and many references were made to this aquatic element. 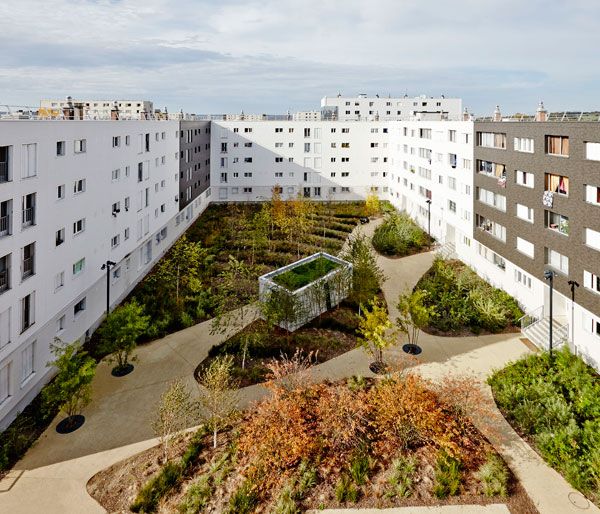 This project was a clear blend between architecture and landscaping. It was meant to bring the residents of the neighborhood closer to nature, and it succeeded 100 percent in achieving this objective. Nature, with all of its elements, is so present in Val Fourré that it would be a shame not to include it in an urban change project. 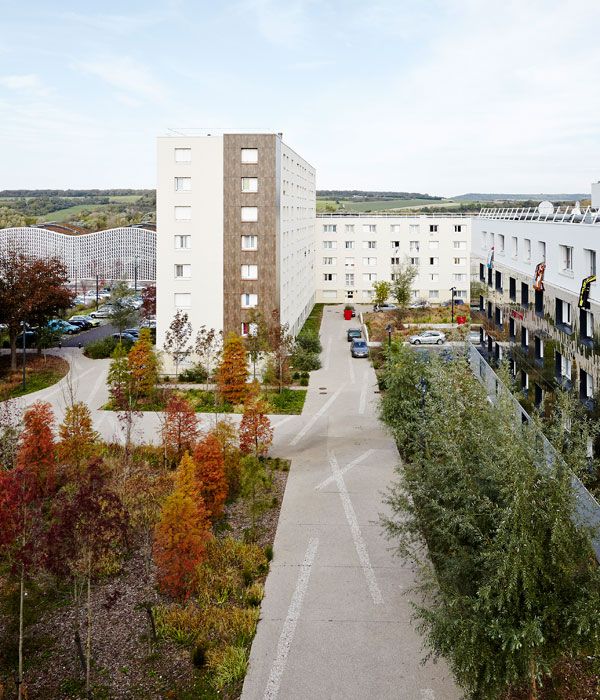 Local residents have enjoyed the urban renewal of the neighborhood, as they were brought closer to nature and were allowed to forget about the previous bleak aspect that characterized the area. Today, thanks to the urban renewal, this area has turned from grim to exceptional and the site can be given as an example of talent, knowledge, and skill. There are beautiful views to be discovered, with so many elements of nature nearby. One can enjoy the Vexin hillsides from the inside or outside of the buildings. Recomended Reading: