Land8’s next foray into Member Spotlightdom involves an interview with Steve Martino. Martino has been practicing for 30 years in the southwest United States. His work focuses on the vernacular of this more arid region, using native plant materials and xeriscaping while also celebrating the beauty of desert environments through concrete materials and strategic use of color. So without further ado, let’s meet this desert-inspired landscape architect! 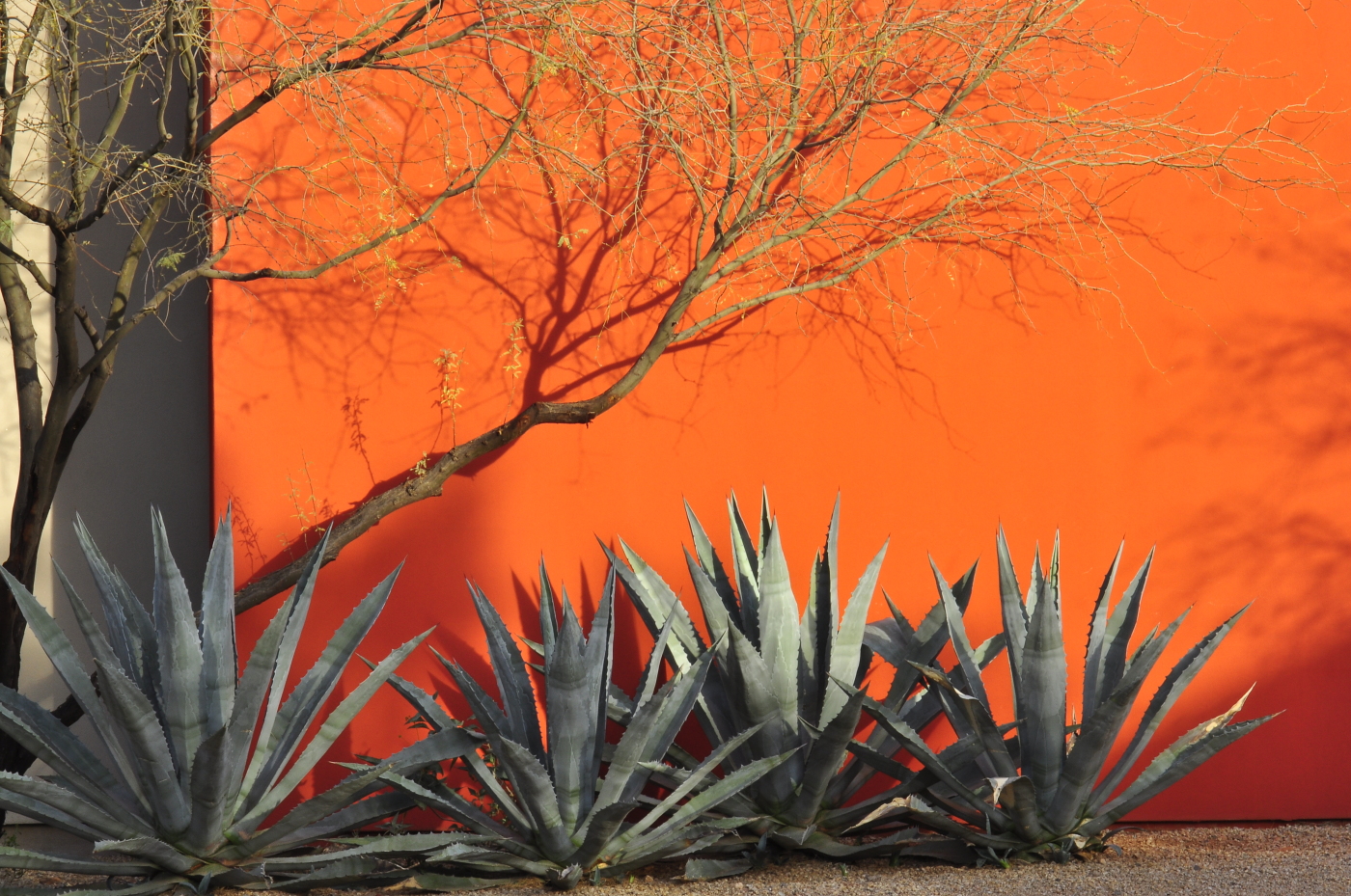 How did you discover Landscape Architecture?

When I was in architecture school I developed a strong interest in the project’s site work. I thought that it was such an important and integral part of a project that I couldn’t conceive of handing the site over to someone else to develop, lucky architects don’t think that way or we wouldn’t be in business.

My first job was with a landscape architect because I wanted to learn some landscape skills. This was my first critical look at the built environment, I was appalled at what I took for granted as a child growing up in the city. More appalling was the disregard for the desert environment. It was clear to me that nothing in the city was as interesting as the desert. I tried to bring the desert back into the city and was met with resistance from every direction which included municipalities, developers, home owners, nurseries and the landscape profession. I became an outsider with a chip on my shoulder determined to use desert plants. This was quite a struggle and I had to repeatedly tell myself that I was right and everybody else was wrong, in the long run I was right. Trying to get native plants accepted for their beauty and sustainability was such a long battle that I became side-tracked from becoming an architect. I had to develop the desert vernacular that should have been here. 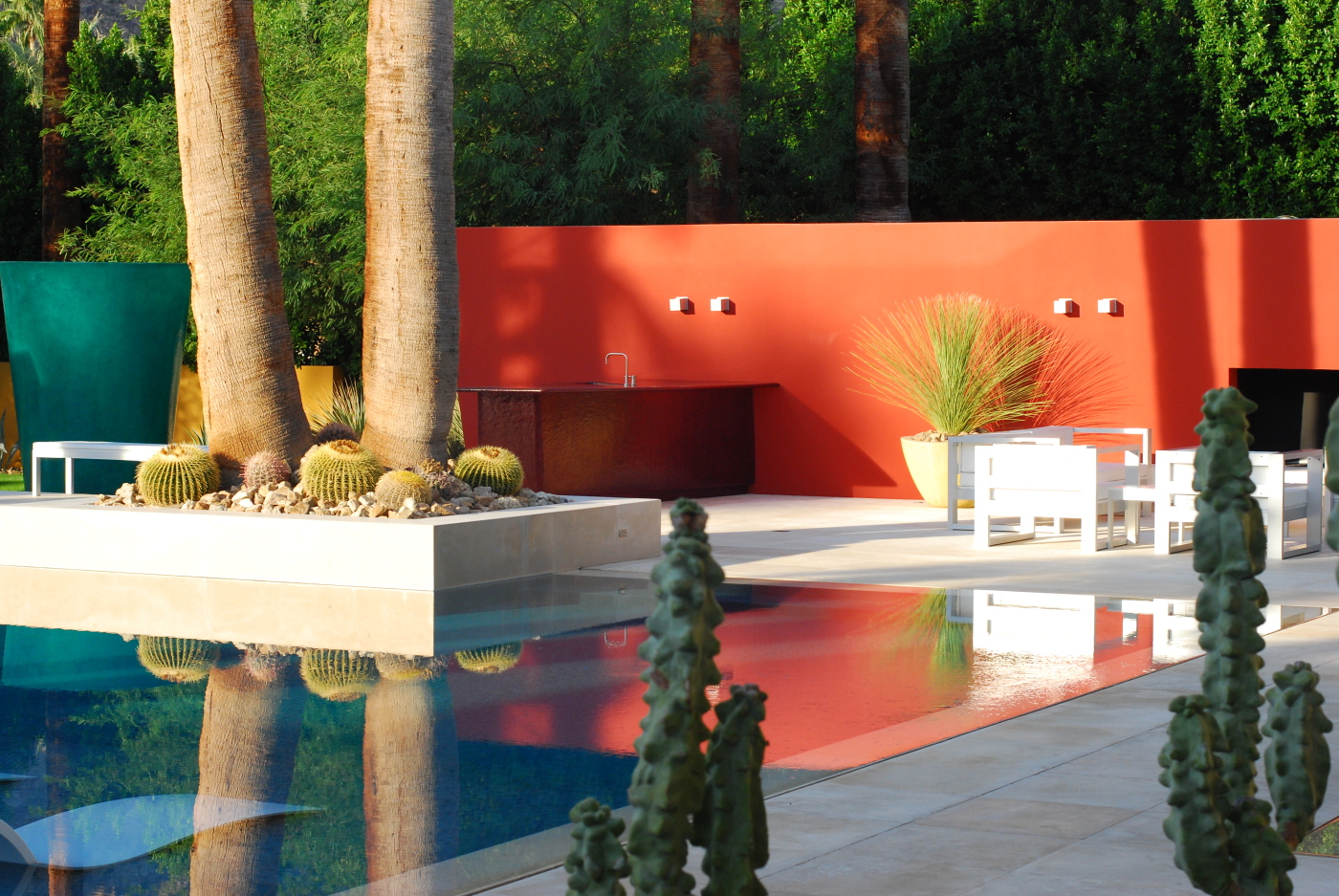 What is your background?

I’m a college dropout. In 1966 I was an junior college art student when one of my professors suggested I visit Paolo Soleri’s studio in Scottsdale. I went on a Saturday when he was conducting one of his silt pile workshops, I was so impressed and taken aback with the atmosphere of his studio compound that on Monday I applied to the architectural school at ASU. A motorcycle accident after my 3rd year side-tracked me and I went to work in a landscape architects office to pay medical bills. I was later working and offered a job with an architectural firm which I took. Eventually the economy went bad and I had a few landscape projects as side jobs so I thought I’d try to make it as a landscape designer. To this day I have never had a landscape class of any kind but I didn’t let that stop me. I then went to work as a laborer in the only nursery that grew native plants in the state so I could learn about them and to ask the owner endless questions. later I had to have plants grown for my projects because they were not commercially available and this became my source for my plants, the owner an I became friends and went on several seed collecting trips into the desert and Mexico. I once read where one of my architect friends said that I had to build my stage before I could act on it and that was very true.
In the late seventies I applied to take the architects license exam and was told that I needed 2 more years of architectural internship before I could apply but I only needed one more year of work to apply for the landscape architectural exam. I was eager to have some kind of credential so I decided to go for it and bought a pile of books to study. Since I hadn’t gone to landscape architecture school I didn’t know what to study, I looked at my books and the only ones that interested me were the history ones. Out of frustration I decided to take the UNE exam just to see what direction I should apply my study efforts and to my surprise I passed the exam on my first attempt.

What has been your greatest challenge to date?

I think it’s a toss up between trying to change the direction of the profession or meeting payroll all these years.

What has been your greatest accomplishment to date?

I think it a toss up between changing the direction of the profession or meeting payroll all these years. Things have turned out different than I thought they would be. I thought that it would be difficult to get projects and to do good work.  It turns out that is the easy part, what’s difficult is running a businesses and dealing w/ employees, taxes, insurance and building departments.

Who is one person that has influenced you?

Obie Bowman in architecture school. I was a first year student and he was a fifth year student, we became friends thru a sculpture class. His work so impressed me as to how thoughtful and artful architecture could be that it kept me in architectural school because I saw the potential of architecture. He was concerned w/ sustainable practices years before it became a general topic. Several of the architects I have worked with over the years have been more sensitive to the site and and environmental concerns than several of the landscape architects I have worked with.

Where do you find your inspiration?

From the site. the most important aspect of a project is understanding the site and then applying those lessons to develop a solution. To me design is just problem solving, the elegance of the solution is what makes a design good or just ordinary. When I first started in this field I could see that landscape design was a situation where someone could spend an enormous amount of money and when they were finished they still had all the problems they started with. If the designer doesn’t understand the site then his efforts are at best eyewash and at worst silly. I try to ground my projects to the site and relate them to the region I’m working in.

If you could work with any one person (past or present), who would it be?

Franklin D.Israel, my work was changed forever when started to see his work. 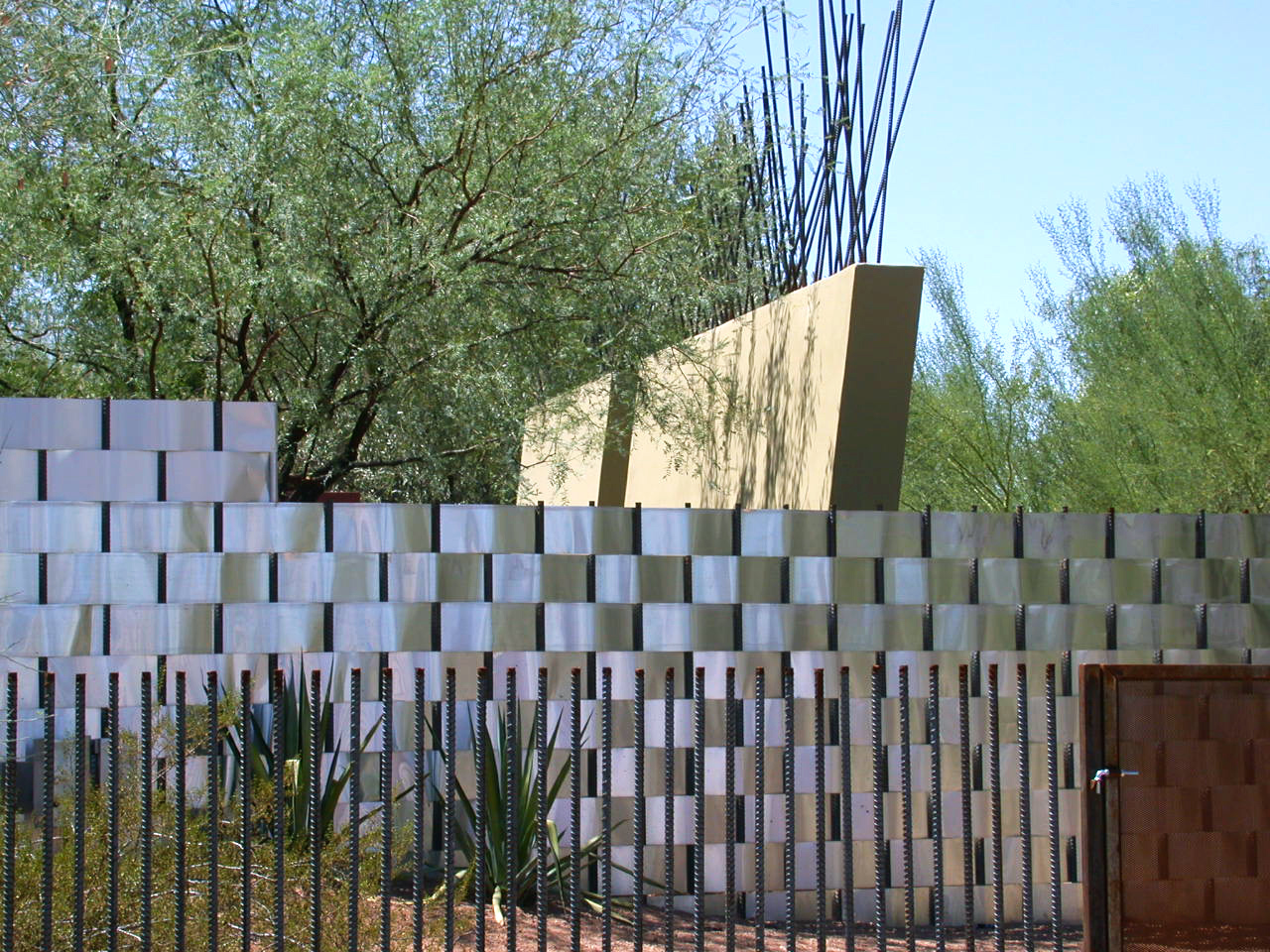 What trends are you seeing in LA, good or bad?

I think by their nature something that is a trend will not have a lasting value. I think the LEED thinking is insulting to us who have tried to have sustainable value in our projects as just a byproduct of the process rather than the driving force. It’s something developed by bureaucrats who need to make labels and tables to quantify results. I think it’s similar to the xeriscape trend where municipalities came up w/ a concept to protect themselves from the landscape architecture profession. Then to my amazement landscape architects would scramble to profess their xeriscape expertise.

Green walls are nice to look at but I can’t imagine they will be more than short term art installations. I think buildings covered w/ plants are creepy and look like something that has gone bad in the refrigerator. I don’t see what’s the big deal w/ green roofs they have been around for centuries.

I really hate large areas of plants in geometric patterns that are meant to be a design statement, I rather see that energy spent on some clever way to restore the habitat that was destroyed in the name of art or landscape architecture. what I see as good ls turning industrial sites into livable space. The High Line project is a great example as is opening up waterfronts for public access and use. As a country i think we are late to the table on rain water collection systems but we are getting it. Finally I like the fact the use of that native plants has become more popular.

If FLO was alive today, what would he think of the profession?

I think he would be disappointed that it took the profession so long to get on board with environmental issues. I think he would say “”landscape architecture that was so 100 years ago”” because I assume he would have gone off to tackle greater social issues and probably would have been president of the USA along the way. 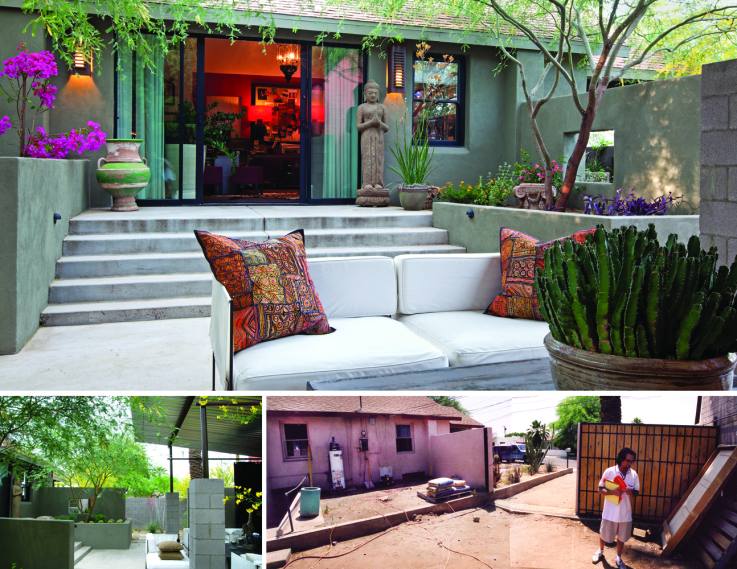 What’s your favorite material to use?

Concrete block, all my projects have relied on this material.

Where is your favorite place to eat?

Who is your favorite contemporary designer? 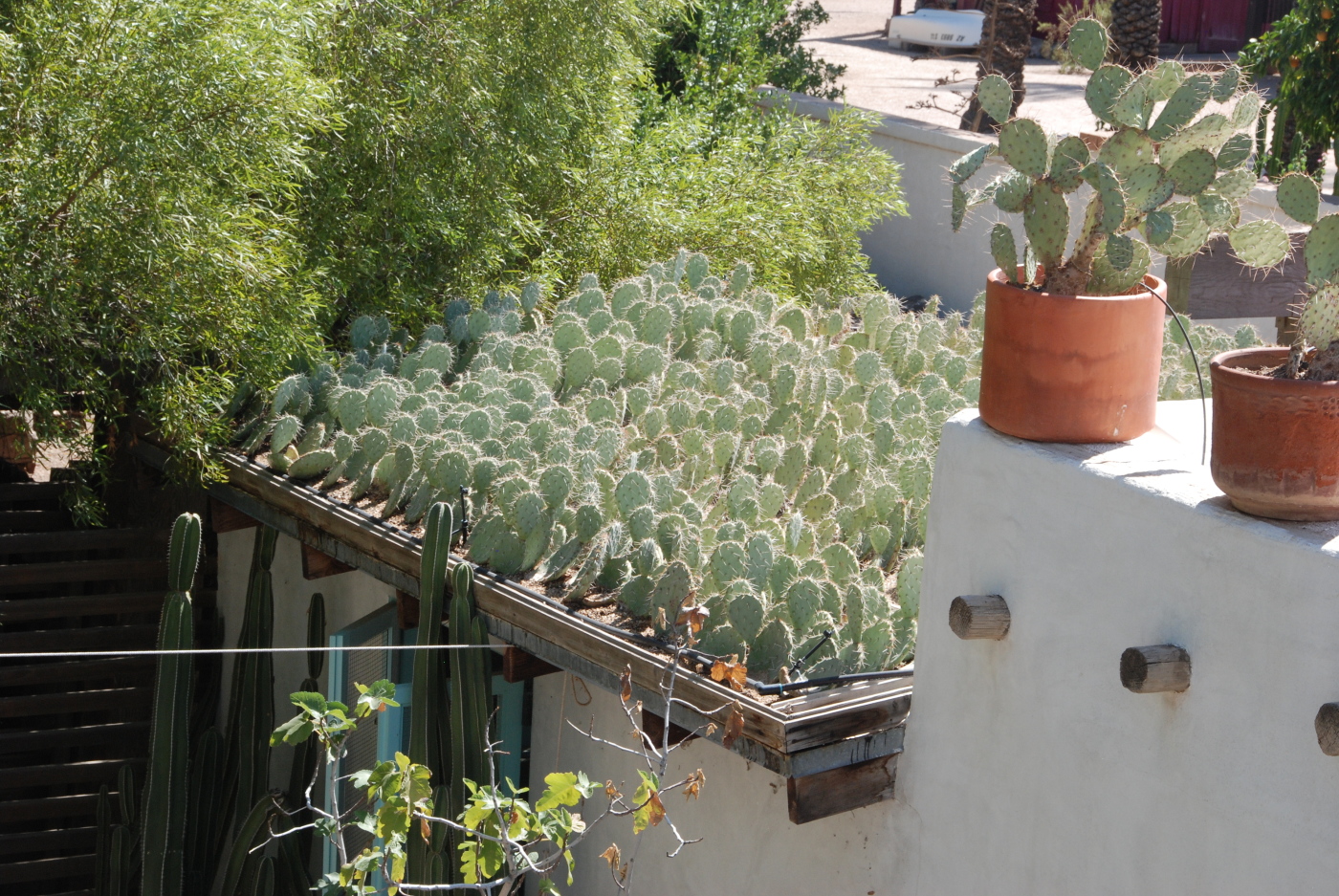 What advice do you have for students and those entering the profession?

You need to understand how difficult of a profession it is, you are at the mercy of the economy and the construction industry unless you choose to work for a government agency. I have had lots of wonderful clients, opportunities and successes but on the other hand this is my 6th recession. There has been years that I would have earned more as a check-out clerk at Safeway.

I love design, problem solving and the opportunity to create something wonderful where there was nothing before. You need to have a passion for the profession if you want to stay in it and be happy. An important thing to know is that as a designer you have the opportunity to make your own projects. An example of this is my entry design for Arid Zone Trees, the client came to me for a gate design to his farm. I gave him his gate and added an environment to go with it that addressed some environmental issues. the project won numerous awards including a national ASLA honor award. Small projects can become significant gems and have an impact.this demonstrated that you can make a small project into something beyond just the progarm requirements if you choose to.

What I like about being a landscape designer is that I get to work with trees, plants, dirt, water, stone, fire, sun, darkness, wind, sound, lighting and any architectural material to create livable outdoor spaces. How else could you do that? 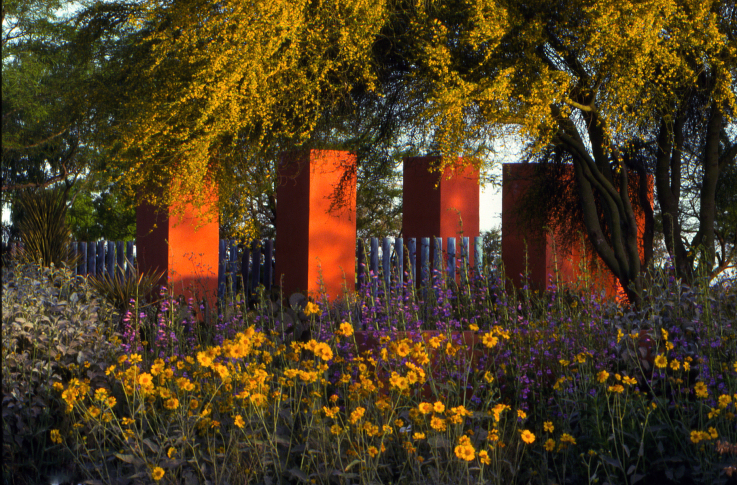