MEDIA RELEASE: Two artist-designed artworks installed on Beaufort Street in Perth by DrainPave based on a decorative paving system are among the first on the surface of a major road in Western Australia. The vibrant contemporary designs by artist Roly Skender indicate ‘slow points’ at the entrance and exit points of the busy Beaufort Street pedestrian area in the City of Vincent.

Each colourful artwork covers 800sqm and was installed by DrainPave using StreetPrint, which is considered the most innovative decorative paving system on the market. DrainPave Manager Peter Borg said the project was something different for WA. “Not only are these among the first road surface artworks to be designed by an artist, but they are also the first ‘permanent’ artwork of their kind created on roads in Perth,” Mr Borg said. “No product other than StreetPrint can withstand the rigors of 25,000 vehicles per day.” It is also the first time Perth has seen such a vibrant palette of colours on the road. “There are other StreetPrint installations in the city, but they feature more conventional brick, slate and cobble StreetPrint patterns using more traditional colours,” Mr Borg said. Related Articles:

Virtually any pattern or design can be installed using StreetPrint, which combines the strength of concrete with the flexibility of asphalt, comes in a wide range of 3-dimensional architectural colours, and offers fast application, and low-cost and seamless repairs or changes if needed. 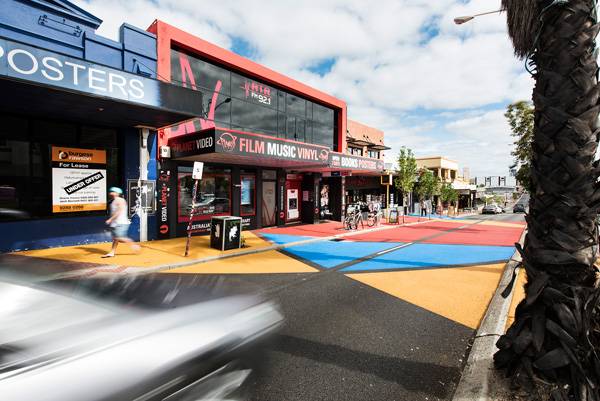 A StreetPrint design can be laid over an existing surface, making it a cost effective option, and the system has been durability tested in more than 30 countries. 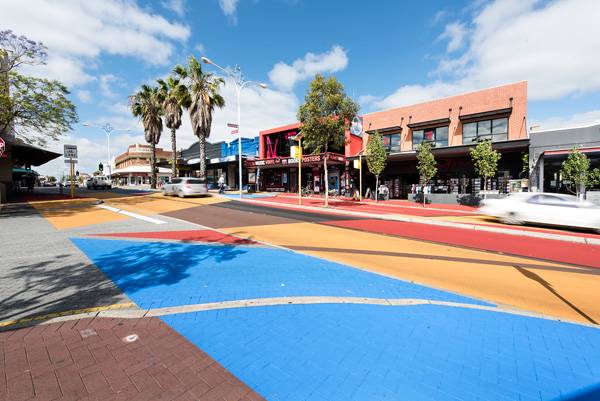 “The Beaufort Street installations, which were inspired by the orbit of the planets around the sun, feature large vividly coloured geometric shapes that lent themselves perfectly to the StreetPrint system,” Mr Borg said. “The bold colours reflect the vibrancy of the Beaufort Street precinct, help visually connect one side of the road to the other and highlight that the area is a high-use pedestrian-friendly zone.” A subsidiary of LD Total, and the sole distributor and installer of StreetPrint in WA, DrainPave provides decorative asphalt and porous decorative paving solutions for architectural and traffic management applications in the commercial, government and domestic sectors. DrainPave worked closely with the City of Vincent, the Public Transport Authority and Main Roads to ensure the Beaufort Street artworks did not detract from new ‘red’ bus lanes. Kerbing was also left un-coated to help provide clear delineation between the bus lanes and the general traffic lanes. “Due to the fact we were working in a high-use vehicle and pedestrian traffic area, the installation had to be completed at night between the hours of 8pm and 3am to accommodate traffic management procedures,” Mr Borg said. StreetPrint was awarded Product of the Year at the 2014 Awards for the Landscape Industries Association of Western Australia. Recommended Reading: