So far, LAN has presented the Top 10 squares of the world in a more traditional sense and the Top 10 modern squares in the form of urban plazas. In many ways, these are the most famous of their typology. Here, as we continue LAN’s Top 10 squares series, we give you a few that challenge the notion of what a public square can be.

10 Parade Ground, University of the Arts, London by Planet Earth 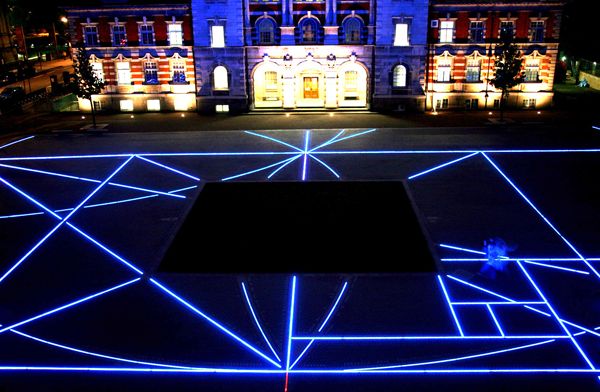 This square was transformed into a gallery without walls in 2008. Planet Earth was respectful of the need for the design to be quite low key, so as not to detract from future exhibitions in the parade ground, yet the geometric grid of steel lines and lights is a subtle artistry during the day and creatively playful at night. See our full review of the Parade Ground.

The organic forms of this plaza are somewhat reminiscent of a river, offering a soothing place to walk and relax in the middle of a busy junction. The three “pockets” are also peculiar in shape, and recycled rubber in bright colors is used in the seating, again creating a fun, thriving experience. See it here. 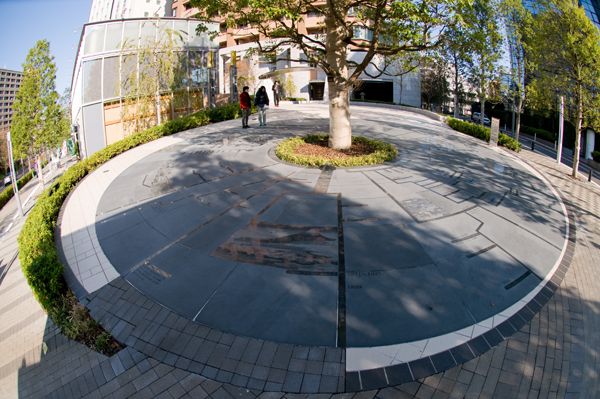 While it is a relatively small intervention, the “Time Tree” between residences at Fujimi Chiyoda-ku is large in impact. Through engraved words and images on the surface around the camphor tree, the project portrays the important history of the area through three timelines: the history of the area, the history of Tokyo, and the history of man’s relationship with the local nature. 7. The Peninsula at Burswood, Perth, Australia by HASSELL

The main plaza for the development here is part of an integral chain of five spaces that connect Perth’s Swan River to the center of the community. The unique form — from lighting to benches — and the vibrantly colored in-situ surfaces make the central plaza an absolute joy to live around. 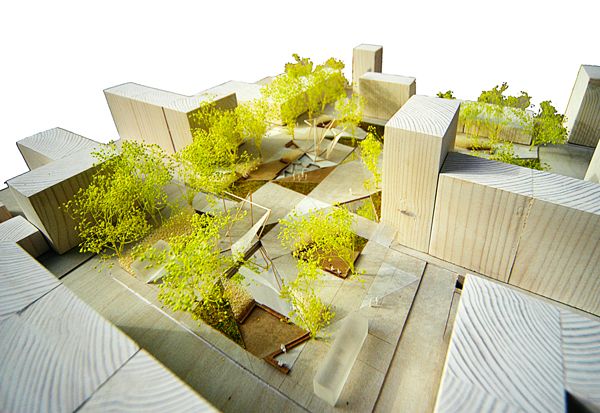 The geometric forms of this square represent a strong element of unity and identity within the project. Throughout the layout, spatial tensions are defined and new ones created, resulting in a wonderful interlocking of green, blue, and hard landscape.

Similar to the Superkilen project in Copenhagen, architect Martín Lejarraga has reinterpreted the notion of a public square and park. By using a U-shaped library, the existing topography has been transformed in order to make way for a series of innovative spaces, from flora gardens to an outdoor reading room. See it here.

This little gem is included here because it challenges us all to think about what a “public square” can be. La Dallman converted an unsafe area into a civic space for festivals and celebration. As part of that, they created an urban plaza underneath a bridge, which is simple and refined. The lighting underneath the benches transforms the site into a beacon for the local neighborhood. See it here. 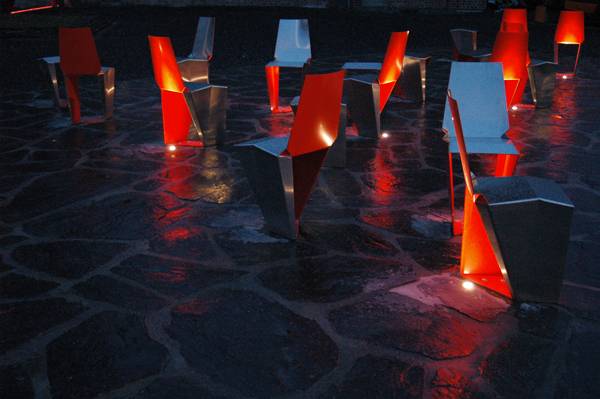 It even comes with a rather imaginative name! Situated on a former coal-mining site, the black-slated surface refers to the “black gold” history of the mines while the two old mine shafts are illuminated at night, creating an awe-inspiring spectacle. Removable seating is coated a provoking fire-engine red. The whole picture screams excitement and imagination. 2. Grand Canal Square, Dublin, Ireland by Martha Schwartz Partners 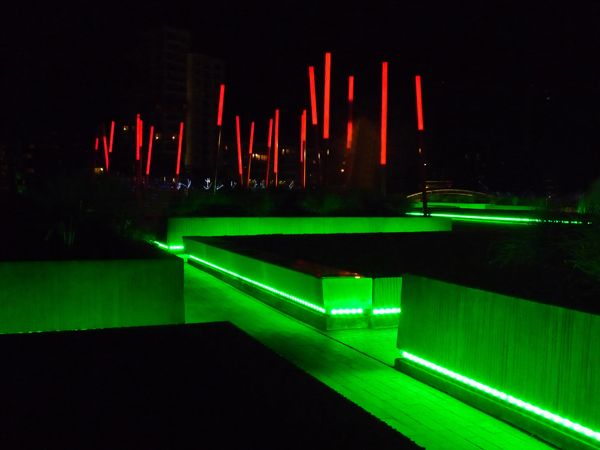 Schwartz has re-imagined this area along the lines of a red carpet – and all the glitter and glamor that goes with it. With lighting provided by Woodhouse and the pier jutting out into the water, the project exudes energy and dynamism. Visitors are connected to the urban installation as some of the columns illuminate according to pedestrian activity, which is registered via radar sensing. See our full review of the Grand Canal Dock.  1. Emblematic Monument, Puebla, Mexico by Enrique Norten and TEN Arquitectos

The undulating form of this square makes it a vivid experience and one that surely sparks the imagination. The timber forms create an experience of hills, from which timber benches and trees grow. A café, playroom, and gallery are all beneath the square. The team sought to challenge the idea of a monument, instead thinking that a monument should be used by the city and its people as a public place. From atop the monument/square, views of the city below can be seen, creating a dialogue among inhabitant, user, form, landscape, and city. See it here.

So which squares inspire your imagination? Did you like them all, or could they have been better – maybe even more colorful, less colorful, different shapes or levels, or perhaps they could have used more trees? Which leads us on to the next installment … LAN’s Top 10 Green Squares!