This week’s Sketchy Saturday Top 10. Sketchy Saturday brings with it another whirlwind of talent and styles as we get set to announce this week’s top 10. Covering the globe, over a range of skill levels, it truly is a hard job to determine who gets that coveted top spot. But low and behold someone always manages to elevate to the top spot, sometimes our choice is obvious, sometimes it is debatable. Have a look at our choice for number spot this week and let us know if you think we got it right. 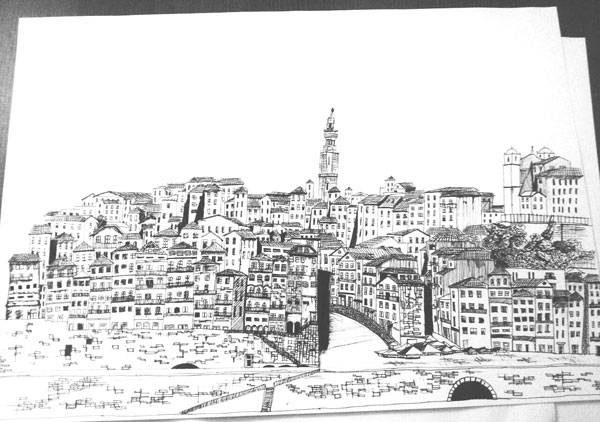 “I drew this sketch when I was in Porto, I was inspired by the elements that were different. All heights and styles where different, but at the same time in harmony between them. It is a black and white pen drawing, that perhaps best shows the nature of this territory”. 9. by Viviana López Argüello, Architect from Chiapas, Mexico 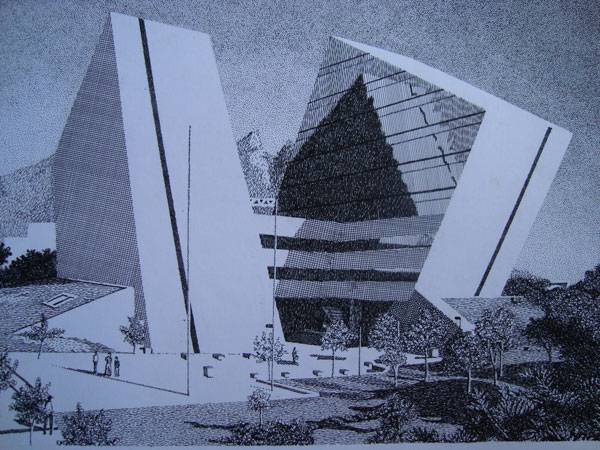 “This sketch was made when I studied at University. I only used stylograph, mixing some shading techniques: hatching, cross hatching, stippling and scumbling. The building is the “CETEC” of Instituto Tecnológico y de Estudios Superiores de Monterrey, in Mexico”. 8. by Susan Isawi 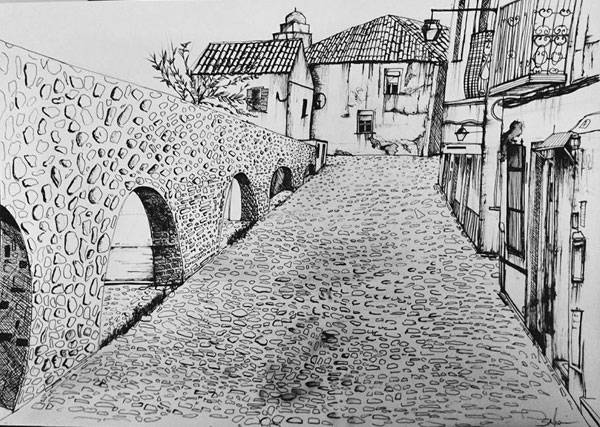 “Evora is the object of this Sketch. A city in Portugal where I lived for a period. Every angle and the palace are unique and commemorate the history of the village so old but still very much alive. The streets are narrow and the buildings are with different heights and windows”. 7. by Kerri Chuaquico, Landscape Architect

“This sketch is just made in a scratch sketch paper when I needed to a concept for a pavilion in a garden with natural pond. Then I colored it up quickly with chartpak pens. This was done long ago, 3 years ago back in the Philippines for a project”. 6. by Architect Sebastian Varela, Learning landscaping design in the Buenos Aires University 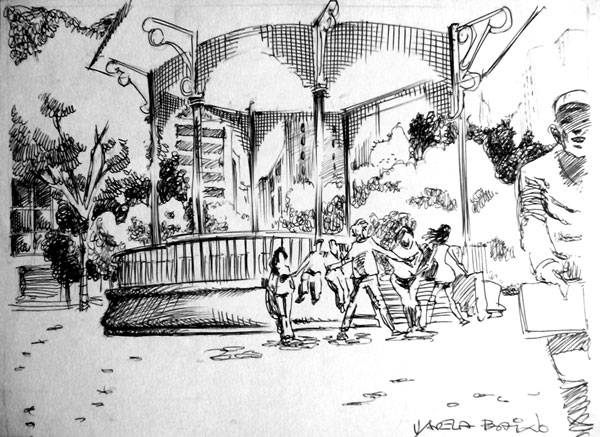 “The technique is mixed, I used a ballpoint pen and a quill pen. I made this waiting for my wife in the Barrancas de Belgrano Plaza in Buenos Aires, Argentina. Watching these kids dancing inspired me to draw the scene, and when I was in the middle, a street seller stopped and tried to sell me some things, I really ignored what he said to me but he fit in my line of vision so I did not have another option than to draw him” 5. by Kodsart Denaro, a third year Landscape Architecture student at Cal Poly San Luis Obispo 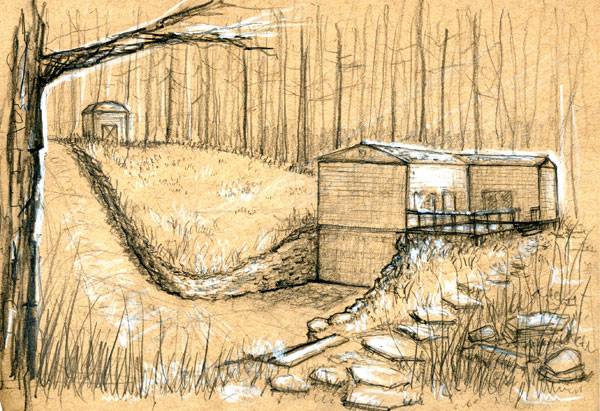 “The following sketch was done as part of an assignment for a cultural landscapes class at Cal Poly. We were to recall a favorite childhood place and express the sensual features of this place through imagery and a written narrative. For me, this place evoked a sense of nostalgia. It was the house where I grew up situated in the midst of a forest in Tarrytown, NY. The sketch was created from both memory and imagination using pencil and white colored pencil on Toned Tan Paper”. 4. by Kapil Natawadkar, a student of School of Planning and architecture. New Delhi, India “This sketch is developed as academic work of my masters of landscape architecture. In which we are supposed to design urban civic space next to commercial centre in urban context. The sketch is made in sketchUp and further rendered in Lumion 4 with artistic effect. This is a computer generated rendering and the material is watercolor effect”. 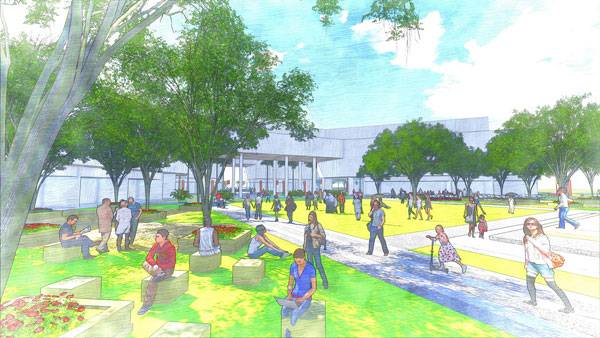 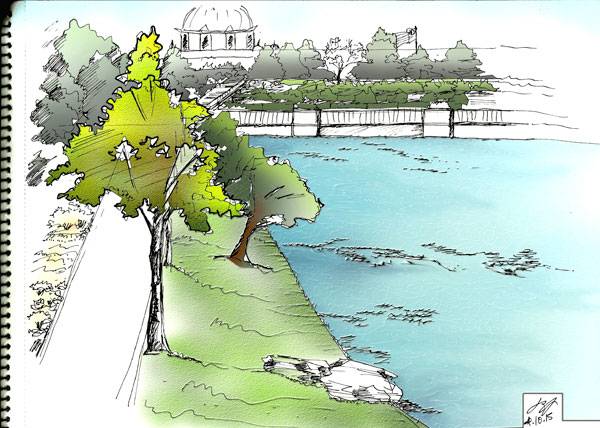 “The sketch was done during my site visit in Putrajaya, Malaysia. I was amazed by the lush green and water body in the park, and it was an on-site hand sketch drawing. It was completed with hand sketching by using Artline 0.2, 0.5 and 0.8, and rendered by Photoshop”. 2. by Prachpasit Saikaew, Freelance Landscape Architect, Bangkok Thailand 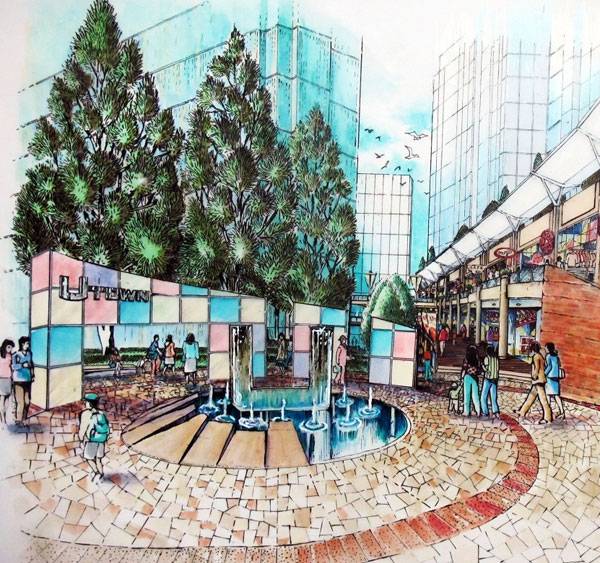 “It is simply to express my thinking. Ink pen and Copic Marker on Tracing paper. Project U-Town is a mix-use mall complex”. 1. by Walter Bone, ASLA CLARB, US Licensed Landscape Architect 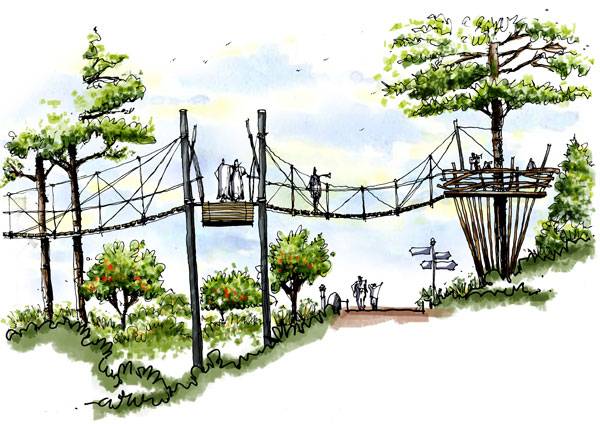 “Recreation Area Walk-In-The-Trees The sketch above prepared in 12 minutes represents one of many recreational activities at a new multi-use project in Dubai, UAE. The original black and white sketch prepared by Walter Bone, ASLA CLARB, Landscape Design Manager and the color rendering prepared by Jeena Delizo, Landscape Designer, both from Khatib & Alami in Sharjah, UAE. The design of the catwalk system has been used around the world, but the project we have designed it for further supports the theming with beaches, boats and birds. The crows nests are for bird watching and gazing down the slopes over the sea. Simple soft graphite pencil to form the shapes and mass and void of the paper space, followed by a fine tip felt pen and thick felt pen highlights to create depth and texture. The color rendering was prepared in PhotoShop with a marker tip to give more a realistic hand rendering effect”. – That’s this week’s Sketchy Saturday Top 10, congratulations to all of you who featured, you have come out on top of a very talented bunch of people. Check out the Sketchy Saturday official Facebook album and see literally 1,000′s of incredible sketches! Follow all the winning entries on our dedicated Sketchy Saturday Pinterest page. If you want to take part send your entries to us at office@landarchs.com Leave a comment Recommended reading: