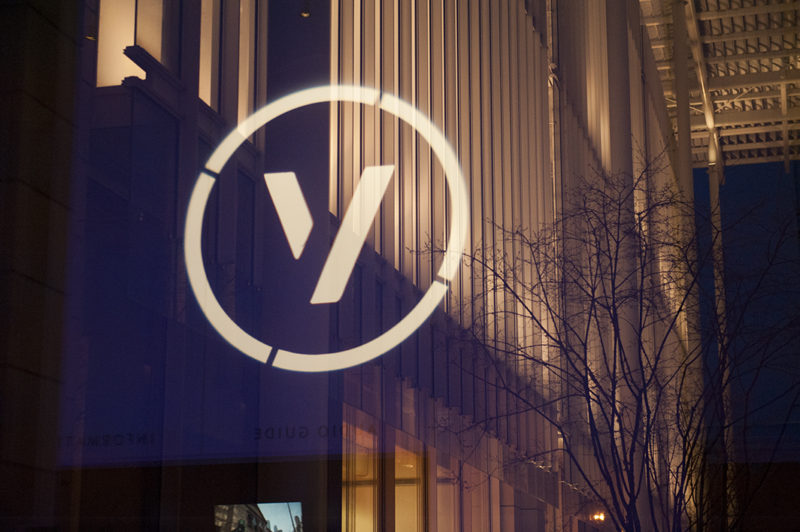 This year’s annual Vectorworks Design Summit brought together an international mix of landscape architects, architects, engineers, lighting designers, and hosts of other professionals from around the design industry. They gathered here to first, learn more about Vectorworks’ comprehensive range of products, but they also came to be inspired by a bevy of industry leaders who utilize their software to create and design innovative spaces around the world. Land8 was fortunate enough to have a presence at the conference, and we will be bringing you a few separate articles about this year’s event.

WHAT IS VECTORWORKS?
Vectorworks is a collection of software under the umbrella of Nemetschek based out of Munich, Germany. Created in the mid-1980’s as Diehl Software, the software was popular among Macintosh users, many on the west coast. Since then, the program has been adopted by firms on both sides of the Mac/PC aisle and incorporated BIM technology into its base software. Vectorworks headquarters is located in Columbia, Maryland with a few other office scattered throughout the country.

Built on the core software Vectorworks Designer, the Landmark variant boasts a plethora of planting and grading related capabilities. The most compelling aspect of Landmark, however, is that it is designed with landscape architects, specifically, as it’s target user. Here is a full-service software for our niche of designers that isn’t a plugin or an add-on. That is something that Autodesk has yet to, and may not ever, create.

Here is a full-service software for our niche of designers that isn’t a plugin or an add-on.

THE SUMMIT
The Summit, held this year at Chicago’s Fairmont Hotel just off Millenium Park, was billed as an event to connect “you with visionaries who share you passion for design.” There was a huge selection of educational sessions and in every timeslot, there was an option for landscape architects with LA CES credit available.

While the conference was targeted at the existing user base, as it should be, there were many opportunities to diverge from the software and for designers to be inspired by some of the work that these Vectorworks users have been producing. The nearby Park at Lake Shore East, for instance, was designed by the Office of James Burnett a little over a decade ago. Since putting the first trees into the ground, the neighborhood around it has flourished and emerged as a premier residential enclave. Studio Gang’s iconic Aqua Tower anchors the west end of the sunken green space with its undulating balconies and glistening blue windows. Kyle Fiddelke of OJB had a session to explain the history of the project and to share some of the original graphics and drawings produced in Vectorworks. Later in the day, a group of us joined Kyle and a current resident of Aqua around the site as they shared combined insights from the designer and the user.

Other sessions focused on how Vectorworks Landmark software was changing the game for landscape architects. Eric Gilbey‘s presentation on the software’s Power Duo: Plants and Site Models showed off the smart object features in Landmark. These BIM (or SIM according to Vectorworks) objects allow manipulation of embedded data and enhanced analysis. The neat thing about Landmark is that all of these objects have a 2D form, the familiar tree symbol, as well as a 3D object. The strength of the program is that when you put a plant in place, it exists in both conditions. Eric walked users through the best practices of smart object use and troubleshot a range of questions from the group of users.

These BIM (or SIM according to Vectorworks) objects allow manipulation of embedded data and enhanced analysis.

Another interesting presentation by Robert Anderson, private practitioner, and Eric Berg of Pacific Coast Land Design delved into Collaborative BIM Workflows. Eric showed how his firm utilized BIM elements from the project onset. He explained how being in a 2D/3D environment early gives designers the ability to be precise and comprehensive in their design. Eric’s workflow started in a model and allowed a more efficient transition to section, plan, and perspective exhibits. When he wanted a more polished 3D images and fly-throughs, he showed how the model can be brought right into Lumion. Robert’s consulting experience included transitioning firms from AutoCAD environments into Vectorworks. He showed multiple examples of projects where having an integrated model gave him and his clients an advantage against some terrain-oblivious architects. Also, the benefits of quick schedules and inventories give him a real edge.

My favorite presentation was by Eva Franch, Chief Curator and Executive Director of Storefront for Art and Architecture. In the last day’s keynote, Eva focused on “the importance of experimental ideas and practices in design, as well as the possibilities and insights garnered through an appreciation for taking risks.” One of Storefront’s most recent notable projects among the vast range of initiatives is OfficeUS Atlas. “The OfficeUS Atlas collects the exhibition research in an archive of nearly 1000 architectural projects. Organized according to individual firm histories, the Atlas documents the development of U.S. architectural offices working abroad from 1914 to the present.” Eva’s presentation was lively, fast-paced, and inspiring. Since much of the Summit focused on the product, it was a refreshing break for designers to take a step back and reflect on the goals and impact of their designs. Eva put that work in focus and highlighted the many varied ways the Storefront in New York City acts to inspire and innovate the discussion of architectural design.

THE PROGRAM
This year’s Summit also served to introduce many of the new features of the product. Land8 will be covering Vectorworks, the program specifically, in some upcoming posts by Nicholas Buesking. However, here is a rundown of the newest improvement to the program’s extensive capabilities that were shared by Vectorwork’s new CEO, Biplap Sarkar:

…the first night consisted of a Lego building competition in an underground ping-pong bar.

THANKS TO VECTORWORKS
Land8 would like to thank Vectorworks for allowing us to come out and take a sneak peak at the program’s newest functions as well as to learn more about the people that use it every day to create amazing designs. Vectorworks, in addition to putting on educational sessions, also put on a great party over the course of the 3-day conference. For example, the first night consisted of a Lego building competition in an underground ping-pong bar. How fun is that? Attendees were able to meet new people and test their creative skills with the chance to win some sweet Lego swag. All this while enjoying great food and drinks provided by our hosts. The customer appreciation dinner was held on the second night in the Chicago Art Institute’s modern and contemporary wing. The beautiful setting was a great place to mingle and dance with other designers, builders, and reps from the company. Land8 had a great time meeting the broad range of people who come out to learn and support Vectorworks and very much appreciated the opportunity to share this exciting event with the rest of the landscape architecture community.

—
Benjamin Boyd is a landscape architect practicing in Baltimore, Maryland. If you would like to check out what books he is reading or reviewing currently, check out his profile on Goodreads. Ben tweets at @_benboyd.