What can we learn from nature’s natural architects to inspire our built environment.  We humans like to think of ourselves as the best architects and engineers on the planet, but for millions of years animals have been constructing their own low carbon cost-effective homes from what they find around them in their natural environment. In this article we look at what we can learn from the world’s natural builders through three of the best examples of animal architects. 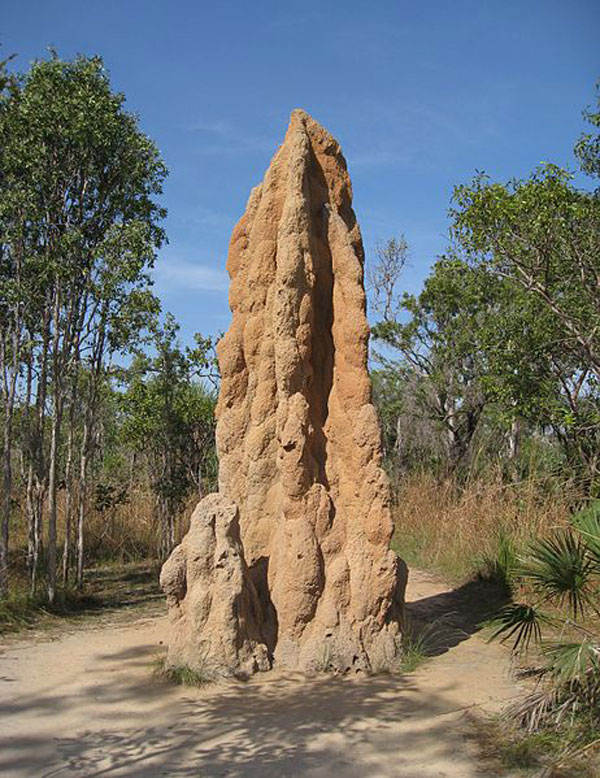 Arguably the best builders in the (natural) world are termites. The mounds termites build are HUGE for their size. The collective homes of these social animals can reach 7.5 m (25 feet) in height, and up to 12 m (40 feet) in diameter. Given that the average termite is 1 cm (0.4 inches) long, that’s pretty incredible. Scaled up to human size we would have to build a skyscraper 1.4 Km (4,600 feet) tall to compete with those kind of statistics! To put that into perspective, currently the world’s tallest building is the Burj Khalifa in Dubai standing at 830 m (2,722 feet) tall. What’s particularly interesting about the form of Burj Khalifa is that it is remarkably similar to that of a termite mound. The tapering form of the tower has a lower center of gravity, thus increasing stability, and allowing for a taller building. 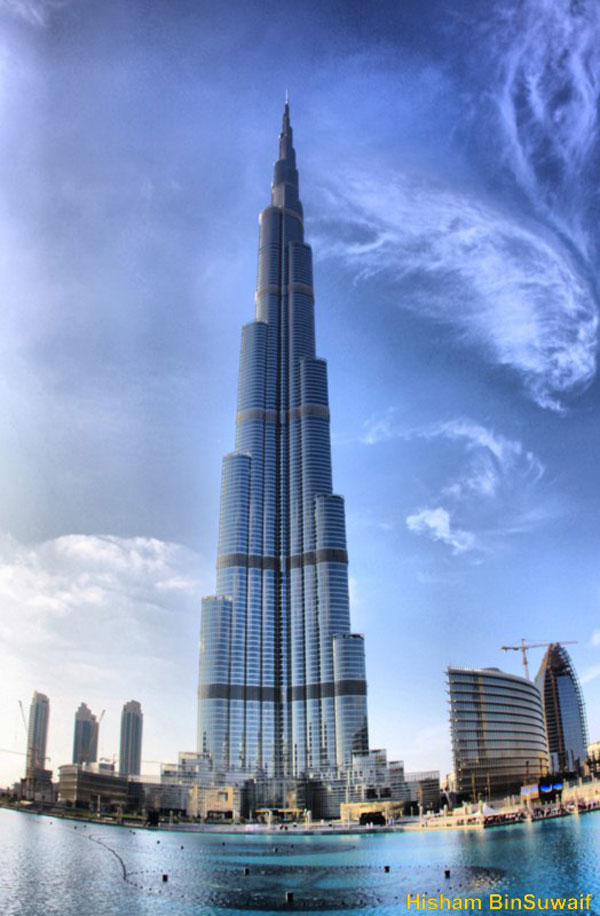 The Smallest Animals are the Best Architects, with the Biggest Structures

But their size is not the only thing which makes termite mounds so amazing. As well as being homes, termite mounds are also farms. These clever little critters cultivate a fungus (such as Termitomyces species) to break down their food into more easily digestible compounds. This, however requires the interior of the termite mound is kept at a constant 30 °C (87 °F), when the outside temperatures can range from a couple of degrees above freezing, to in excess of 40 °C (105 °F). The termites achieve this by creating a series of ventilation tunnels which extend from the base of the mound to a central shaft which then exits at the top. This creates convection currents which regulate the internal temperature of the mound. WATCH: Termite Mounds – Wallace & Gromit’s World of Invention Episode 1 Preview – BBC One This very concept inspired architect Mick Pearce to design the Eastgate Center in Harare, Zimbabwe. This 55,000 square meter mixed used development employs the passive environmental heating/cooling system used in termite mounds to enable the entire building to be run without conventional heating or air conditioning. All this means the building is able to run on a budget that is approximately only 10% of a similar conventional building.

Some animal architects create such large interventions that they physically alter their environment. These are known as engineer species. Beavers are known to create such extensive dams that they change the ecology of their surroundings. These types of organism are generally known as allogenic engineers. 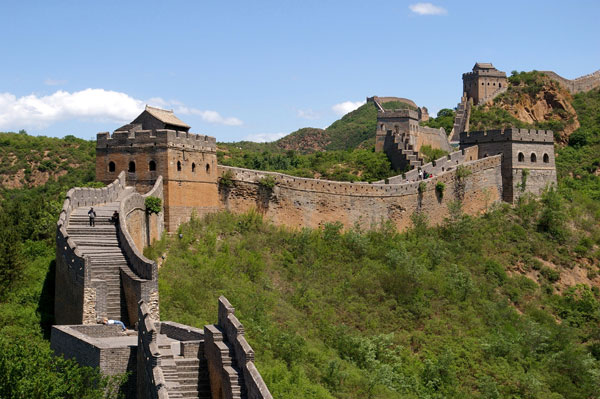 There is a common miss-held belief that The Great Wall of China can be clearly seen from space. NASA has confirmed that this is generally not the case. However, there is a beaver dam on the edge of Wood Buffalo National Park in Northern Alberta, Canada, which CAN be seen from space. The dam, which has only recently been discovered, measures 850 m (2790 feet), and is thought to be the work of several beaver families working in cooperation. WATCH: Dam Those Beavers By contrast the largest man-made dam is the Three Gorges Dam in China, finally completed and fully operational since July 2012. The hydro-electric dam measures 2,335 m (7,660 feet), and can also be seen from space. But dams are not the only things we humans have borrowed from beavers. Defensive moats, methods of irrigation, and snow insulating roofs are all examples of humans imitating the building practices of beavers. Related Articles: 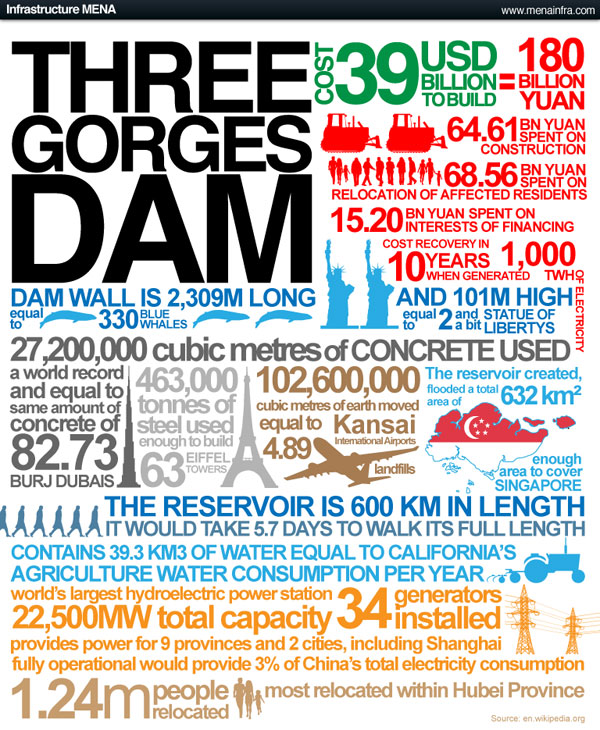 Another great example of animal architecture is that of the humble honey bee. These much over-looked engineers construct hives of extreme complexity and subtle design. The honey comb (that most iconic of forms) is specifically designed to maximize the amount of space available to the bees. A hexagon shape allows for the maximum volume of honey to be stored in the smallest of spaces. Further more the tessellating shape of the honey comb affords the structure immense strength. So much strength in fact that Korean architect In-Cheurl Kim borrowed the idea for his striking building The Urban Hive located in Seoul. Less ‘Gangnam Style‘ and more beehive style, this building uses the principles of honeycomb to create large, extremely strong exterior walls which support the structure of the building. Gangnam Style? Other conventional buildings in the Gangnam district of Seoul use a more traditional steel frame and concrete curtain wall construction. But thanks to the unique construction of The Urban Hive there is no need for a separate steel skeleton. This allows the building to have larger, more multifunctional spaces, as well as minimizing construction costs. 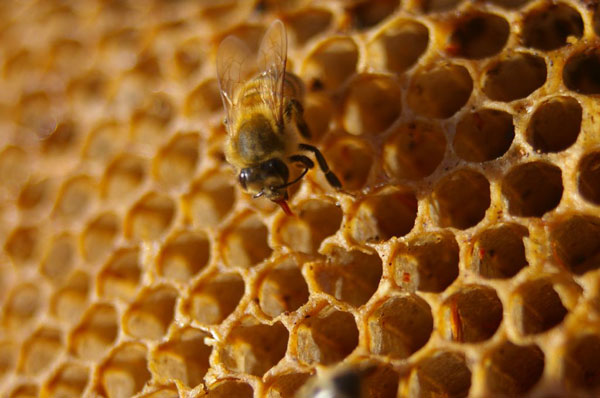 Incredible Examples of the Best Architects These are just three examples of incredible animal’s best architects, and how they can influence our design of buildings to make them taller, stronger, and more efficient. I believe there is a wealth of potential inspiration in the animal kingdom. Perhaps in our strive for greener, cheaper, more sustainable buildings we should be looking to the natural world for our muse? Feature image: HDR Tower Bridge by Robmcm CC2.0 Recommended reading: