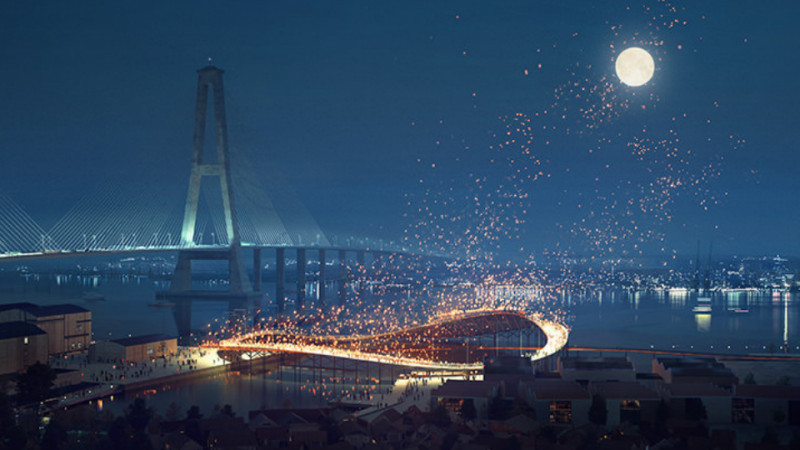 Global cities are in the midst of an unprecedented shift as more people are choosing to live in urban areas than ever before. More housing, transportation, and public services are needed to support cities’ growing populations, which can have negative impacts on air and water quality, and residents’ access to natural environments. In addition, climate change is creating new realities like urban hot spots and rising sea levels, demanding more creativity out of planners who must make sure urban areas are livable. In response, cities around the world are investing in public green spaces and waterfronts on impressive scales, as easy access to these spaces is becoming a requirement of urban livability.

International design studio HASSELL has made this new reality a primary focus, designing some of the world’s most loved places that also meet the needs of today. From Sydney’s Darling Harbour, to South San Francisco’s Colma Creek, their expertise in waterfront design stands out. Most recently, HASSELL was awarded an International Architecture Award for their approach to Shanghai’s Huangpu River waterfront.

In Shanghai, the Huangpu River is lined with ferry docks, commercial buildings, a cement plant, and construction sites. To reconnect residents to the waterfront and improve urban livability, HASSELL proposed creating the world’s largest urban forest along the east bank of the Huangpu River, winning the International Architecture Award for their concept.

HASSELL Principal Richard Mullane, who led the Huangpu project and now serves as a principal in the practice’s San Francisco studio said, “Understanding that cities and their surrounding environments are constantly changing, we asked ourselves: How can we plan a waterfront today that future generations will still be able to use? By designing flexible, adaptive features we could ensure that no matter how Shanghai changes, residents will always have access to the natural, recreational spaces they need.”

The design was completed as part of an international competition held by the Shanghai government to reimagine and redesign 21 kilometers along the river’s edge. 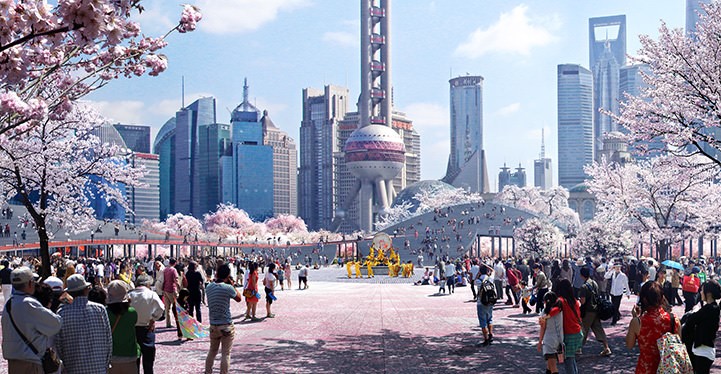 ‘Huangpu East Bank Urban Forest,’ a HASSEL concept, detailed a continuous woodland of two million trees – one tree planted for each of Shanghai’s two million children. While it is estimated that the project would take 20 years to complete, HASSELL noted that the children represented by the forest would grow with it, coming of age at the same time of the project’s completion.

To give Shanghai’s young population a sense of ownership over their city and the project, HASSELL envisioned people in the community as the creators of the space. Their proposal features a series of tree planting events, allowing local schools to participate in the creation and custodianship of the forest. The plan also contains a series of multi-functional event spaces, so that the community could host a wide variety of cultural gatherings.

Specifically, the urban forest would contain a multitude of different destinations, ranging from large, dramatic event spaces, to sporting facilities for locals, outdoor classrooms, libraries, and cafés. A system of elevated walking loops would help overcome industrial and transportation barriers along the waterfront that had previously restricted public access. 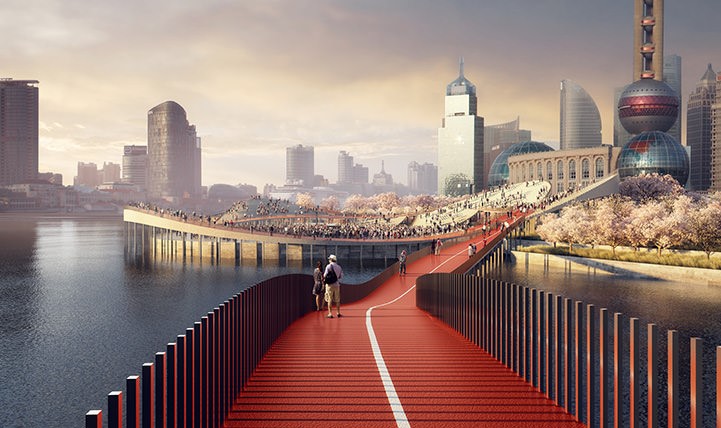 “To make sure current and future generations of residents could enjoy the waterfront, we felt that we needed a design that could adapt to the ever-evolving needs of an expanding society. While we can design the landscape, the community will ultimately bring the space to life, so it must be able to accommodate a variety of cultural activities,” said Richard.

This design approach is taking hold worldwide. In the San Francisco Bay Area, Resilient by Design used a similar community-based approach for a design challenge, in which HASSELL also participated. The year-long program combined the expertise and experience of residents, public officials and local, national and international experts to come up with community-based solutions to the sea level rise, severe storms, flooding and earthquakes that threaten communities throughout the Bay Area.

Before it became known as the Bay Area’s ‘industrial city’, the residents of South San Francisco could walk the length of nearby Colma Creek and swim in the San Francisco Bay. However, industry limits access to the shoreline and sea level rise fueled by climate change causes widespread and damaging flooding.

Through community engagement, research, and an inclusive design process, HASSELL’s international collective mapped out a range of ways to strengthen the city of South San Francisco from the effects of climate change. The final proposal restores public access to the waterfront, establishes more open green spaces and parks, and creates continuous public access along Colma Creek. HASSELL’s Resilient South City plan addressed the impacts of climate change that the community will face in the coming decades.

Richard, who also lead HASSELL’s Resilient South City proposal said, “We heard from local residents that they really felt that their historic connection to the water was lost, and with sea level rise threatening to restrict access even further, we knew our design had to be multi-purpose, to both connect people to nature and address future environmental changes.”

Cities around the world are investing in public green spaces and their longevity is determined by their ability to be adaptable and serve a multitude of purposes. In Shanghai, a waterfront is not just a walking path, but a series of cultural event venues for gatherings large and small. In South San Francisco, a park isn’t just a place to play and enjoy nature, but a way to manage flooding and improve water quality. By listening to the needs of the local communities, designers and architects are creating spaces that can be enjoyed by the generations of today and tomorrow.