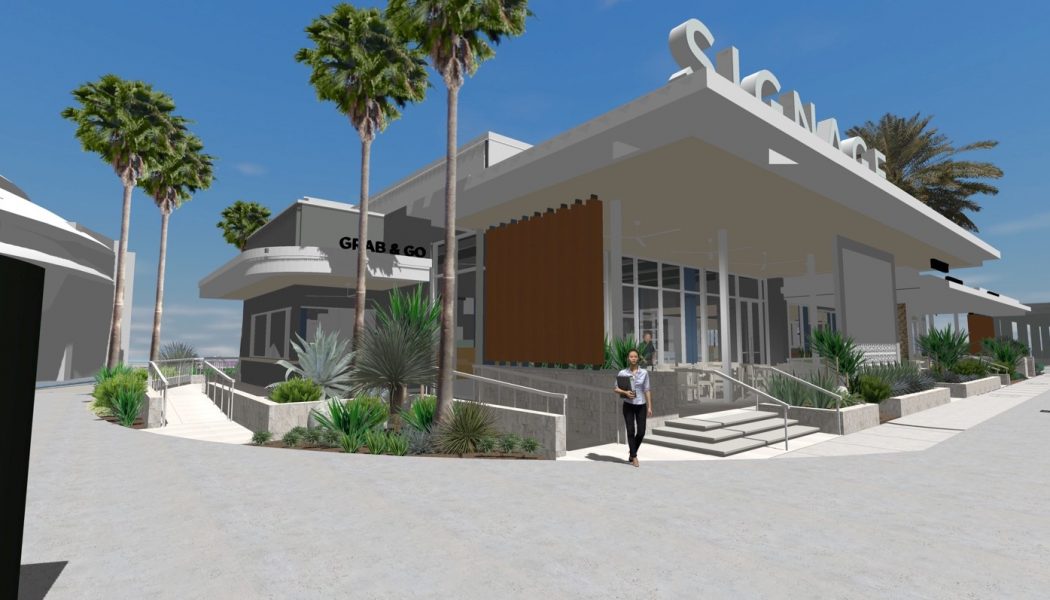 Todd McCurdy, FASLA is a vice-president and director of landscape architecture and planning at the Orlando office of Huitt-Zollars, Inc. The multi-disciplinary firm has a large international portfolio featuring projects in the entertainment and hospitality sectors, among others. Although designers at HZ use other software tools as well, Todd’s department is firmly rooted in Vectorworks Landmark. Its ability to clearly show intricate spatial relationships affecting the firm’s other disciplines has even convinced some of the architects to switch to Vectorworks. An Early Adopter Todd is no newcomer to Vectorworks. A true early adopter, he picked up MiniCAD Plus, v 2.0, in 1989. Back then, working in a smaller firm, McCurdy used this proto-version of Vectorworks to create custom planting detai...Read More 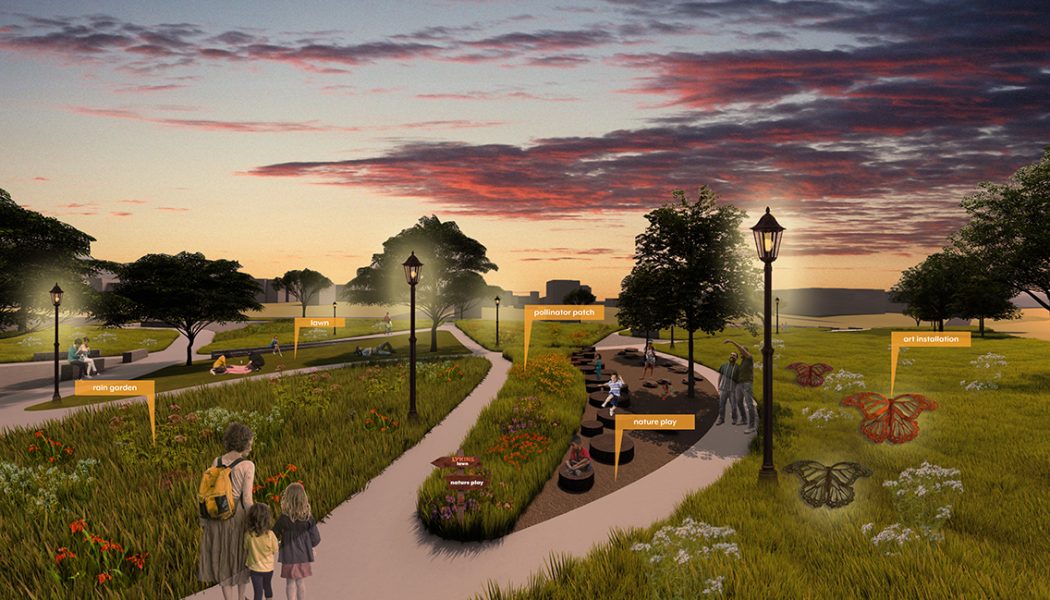 People who care about cities have long been troubled by the presence (and reputation) of “vacant” land. Landscape architects, city officials, and residents often worry that, unless something positive is actively happening on a site, it will foster undesirable activities.  Cities and communities have tried different approaches to managing vacant land. Low budget strategies, such as poorly planned ecological planting or wildflower seed mixes, can increase the sense of a neighborhood lacking effort or care. Guerilla gardeners, such as the well-publicized Ron Finley, come into conflict with neighborhood HOAs and city code enforcement when their interventions don’t fit with a space’s authorized use. Community-led efforts to transform vacant spaces into gardens or parks often end with communally...Read More 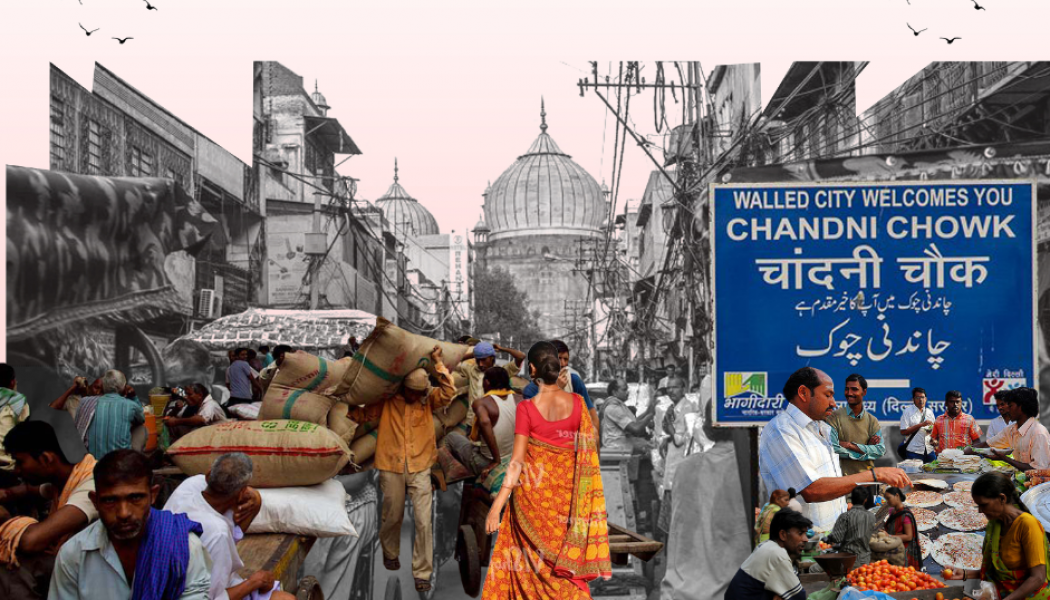 Let me introduce to you, Bano, a frail looking, dark skinned 39 year old woman who has not been educated beyond grade five. She migrated from her village and came to Delhi, India, where she became a sex worker and now lives in G.B. Road, continuing in the same profession. Bano doesn’t regret the decision she made then, but she is keen to explore alternative opportunities. She doesn’t have the skills or resources to do so. Recognizing the Landscape of Sex Work in India is a project that focuses on a design strategy to uplift the social living conditions of the people living in red-light districts. The sex industry has always been a part of cities and is said to be the oldest profession in the world, however, the urban areas that cater for sex work are often considered illegitimate parts of ...Read More 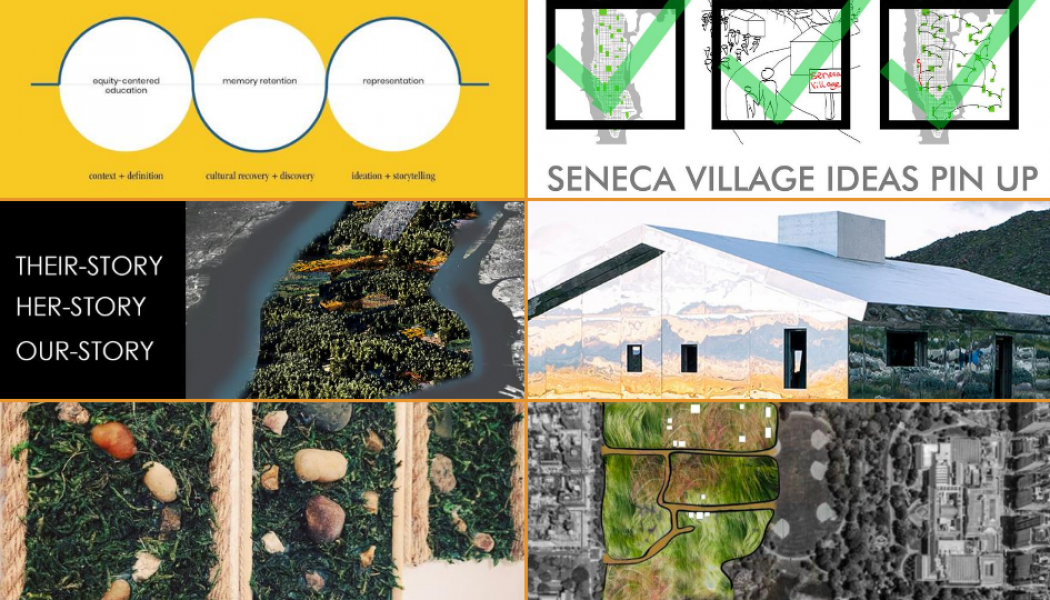 A few weeks ago, when we were all shaken awake by the Black Lives Matter movement, Black landscapes and our treatment of them as landscape architects began to occupy my mind. The very fact that it should have to take a movement of this magnitude for this topic to occupy some of our minds as designers is an issue that requires attention. I like to think that as landscape architects we have a unique role of protecting and preserving the stories and existence of those who have come before us. By genuinely understanding the culture, politics, and lives of a given community we are designing for, we get to use our skills of design and storytelling, and take part in highlighting a group of individuals and their lives on the lands that we inherit and get the opportunity to creatively. To be an act...Read More 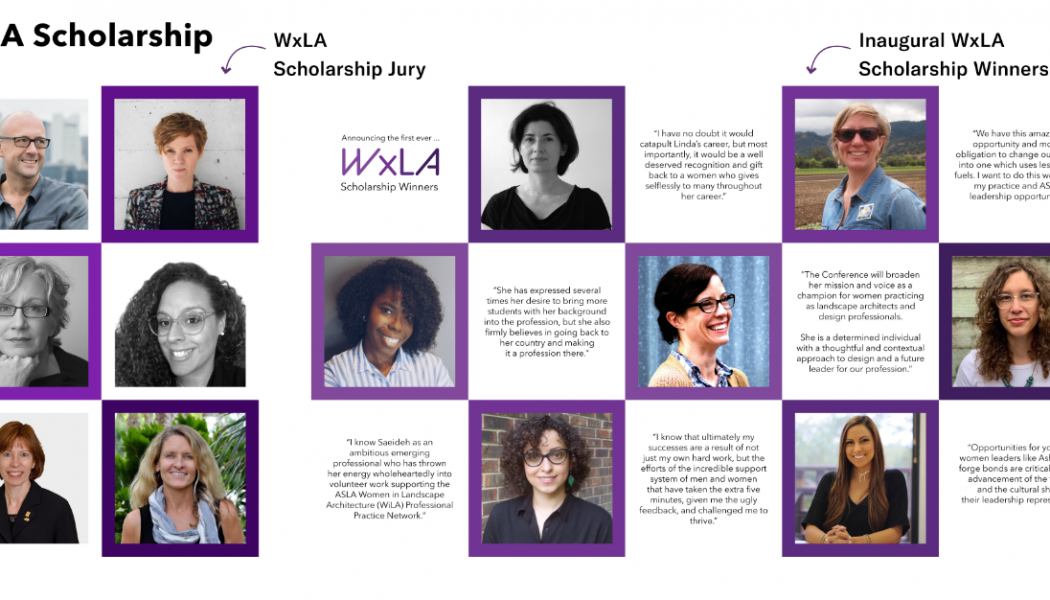 Inspired by civic action, equality movements around the world, and the personal experience of its founders – Rebecca Leonard, Gina Ford, Cinda Gilliland, Steven Spears and Jamie Maslyn Larson – WxLA emerged in 2018 as a vocal advocacy initiative for gender justice in landscape architecture. WxLA raises awareness for the challenges that prevent women from reaching their highest potential, provides information about the barriers to women and strategies for change and celebrate new models of working. In its first two years, WxLA spearheaded a series of action-oriented initiatives. Upon its inception, the team drafted the (first-ever) Women’s Landscape Equality (re)Solution. This one-page document provides actions to take to ensure gender equality in practice and is available for f...Read More 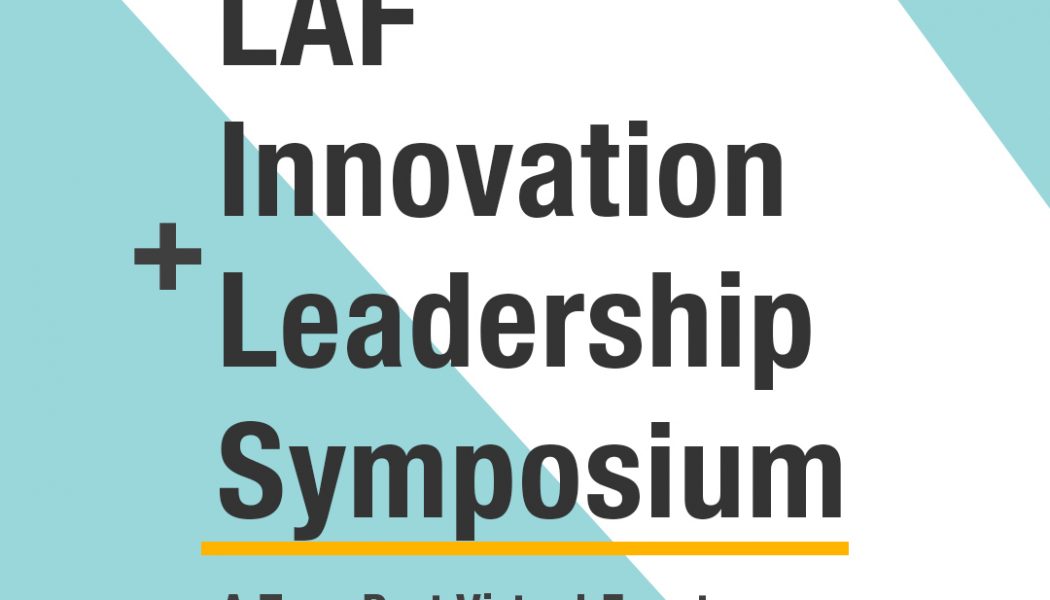 This year’s annual LAF Innovation + Leadership Symposium showcased leading-edge thinking in landscape architecture to address a breadth of pressing issues. During this two-part virtual event, the six 2019-2020 LAF Fellowship for Innovation and Leadership recipients presented their projects as the culmination of their year-long fellowship. The symposium is a celebration of the fellows’ journey to develop their leadership capacity and work on ideas that have the potential to create positive and profound change in the profession, the environment, and humanity. < RELATED: LAF Innovation + Leadership Symposium Goes Virtual: Part 2 > Established in 2016, the Fellowship for Innovation and Leadership was created to “foster transformational leadership capacity and support innovations to advan...Read More 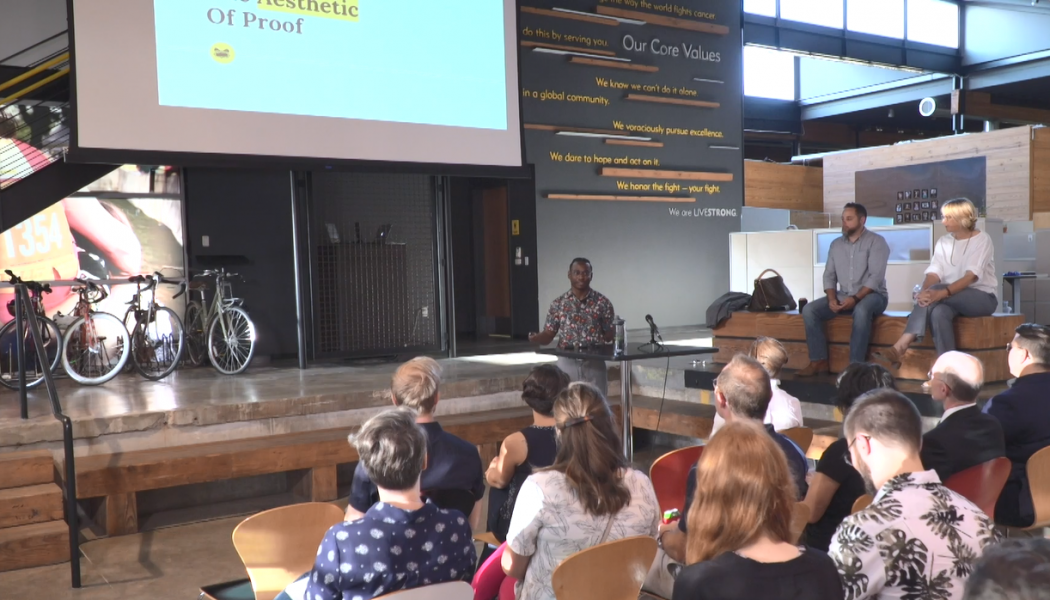 As designers, we are constantly seeking new tools and strategies to better express our design vision. Technological advances have enhanced our visualization capabilities dramatically over the years, from hand-drawn perspectives to photo-realistic renderings and 3D digital models. Yet, much of what makes a landscape unique – the feelings, smells, and sounds of the natural environment – are not being communicated in our graphics. Andrew Sargeant, landscape designer and visualization specialist for Lionheart Places LLC, believes that augmented reality and virtual reality (VR) provide greater potential than all previous rendered visualizations of landscapes. During his presentation at the Land8x8 Lightning Talks in Austin, TX, Sargeant shared why he believes immersive technology is the future ...Read More 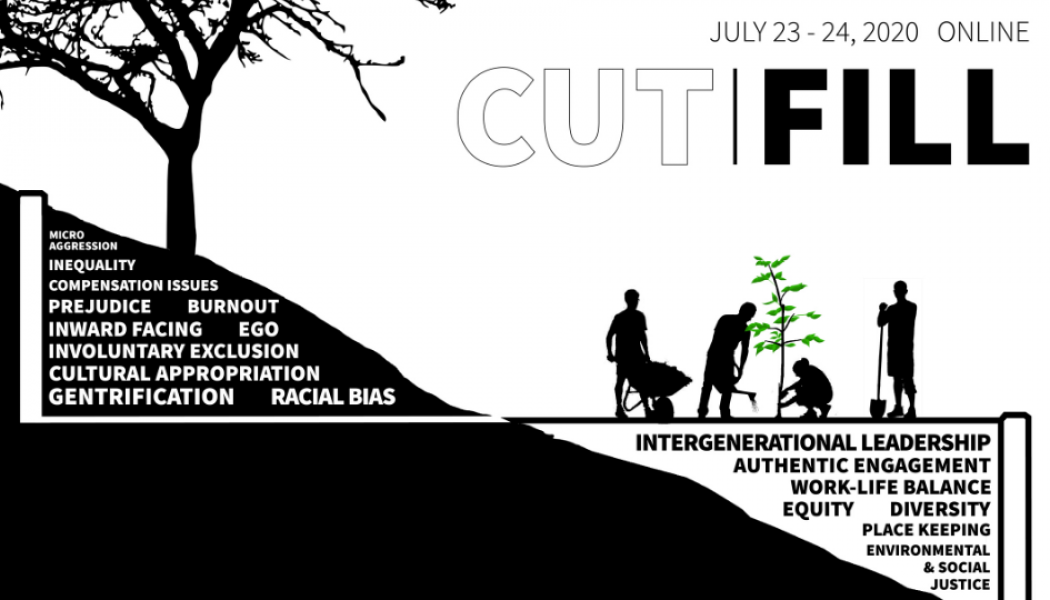 All eyes around the world are focused on a push for change in many aspects of life as we know it. We believe our profession should use this moment in time for open and honest discourse to let all voices shape the future of landscape architecture. We have created an Open Space and are inviting people to come in and to listen and learn. We want people to talk about the things that they have been thinking about and wanting to talk about. If you have not had the platform to talk about it, this could be your chance. It might be because you have been trapped inside your house or you have not had the setting or time to do so in the past. It could also be that you have been talking about it, but the conversations have not yet led to tangible, long-term results. This time, we want it to lead to som...Read More 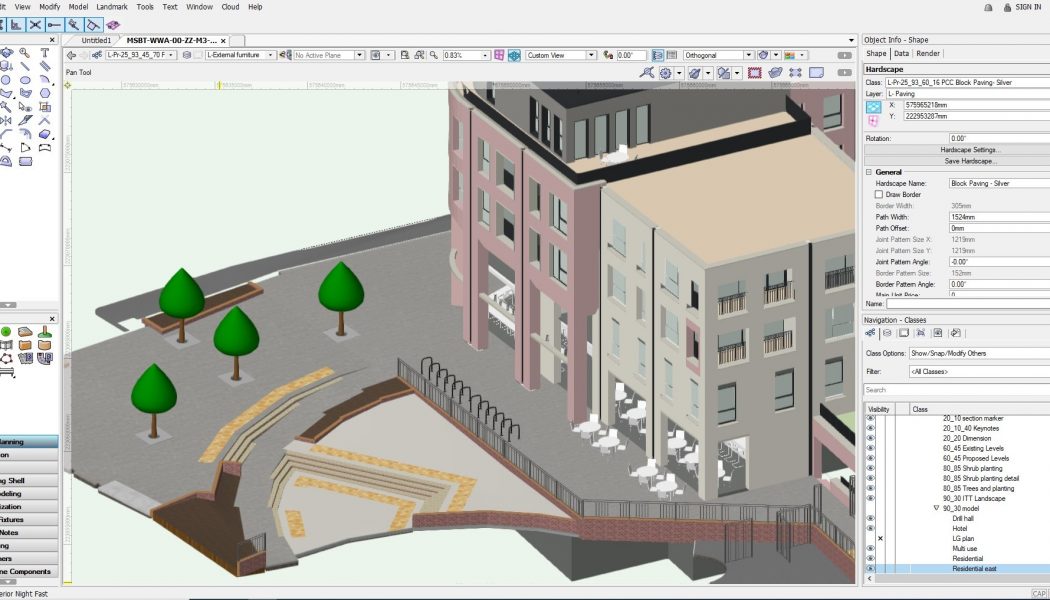 As Matt Bird, senior landscape architect and BIM manager at Wynne-Williams Associates describes it, “the firm took on a multi-school project in 2014, our first large BIM project and doing it in SketchUp was very painful.” Bird described the use of multiple software products on that project and the great potential for error. So in November 2015 at a BIM conference, he shopped around for an alternative. In the UK, BIM is required for firms working on government contracts. Wynne-Williams Associates, a firm northeast of London, does about 80% of its work in the educational sector. After comparing several options, Bird and his colleagues opted for Vectorworks Landmark design and BIM software. Initially, longtime British instructor and Vectorworks UK Director of Customer Success Tamsin Slatter h...Read More 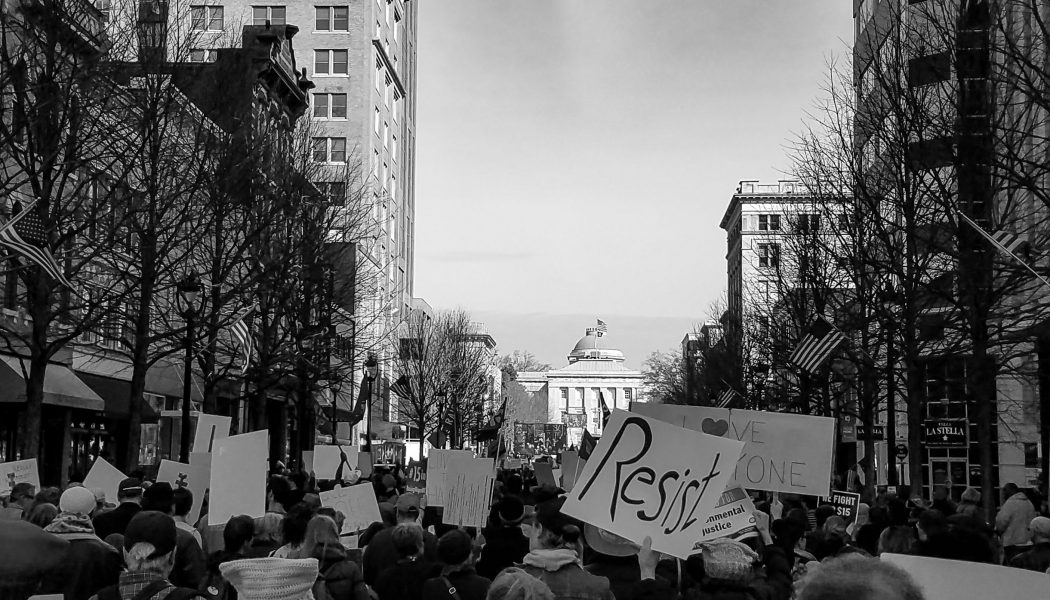 Recorded Friday, June 19, 2020 Sparked by the murders of Black Americans by police officers, rebellions in many cities have revealed systemic disparities in the living conditions of people based on race, class and gender. The built environment is going through a rapid re-examination of its role in enabling or inhibiting social equity and racial justice. How could this impact how landscape architects are taught and how they practice? How could we encode equity and justice into our work? In this interactive session, multidisciplinary panelists will offer insight into what equity and justice mean, especially when working in economically, socio-culturally, and ecologically unjust places. Participants will be invited to participate in visioning new strategies for equipping landscape architectur...Read More 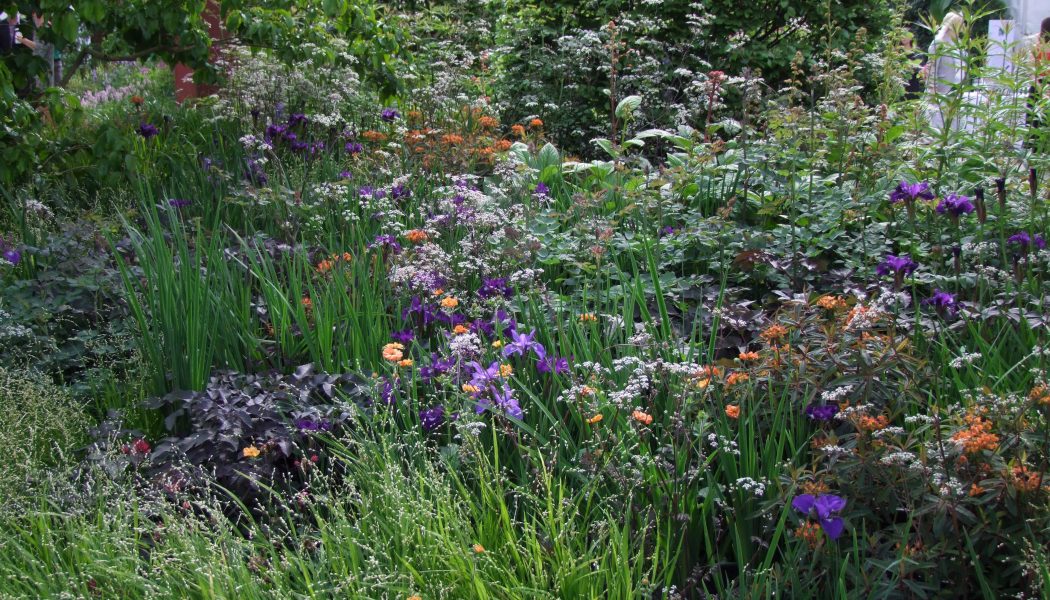 Confronted by the jewel-like intensity of Piet Oudolf’s Lurie Garden or Tom Stuart-Smith Studio’s 2019 Chelsea Show Garden (pictured above), you might assume that these plantings are individual works of genius. Around you, masses of plants ebb, water-like, tumbling into each other and between. Seedpods thrust skywards. Fuzzy stems glitter with morning dew.  These gardens seem such a stark contrast to the ordinary landscapes—static and banal—that most of us accept as part of our daily routines. They’re like wild landscapes—but richer, more colorful, more condensed. What features distinguish these contemporary plantings from more traditional approaches to planting design? My piece “Learning the Language of Contemporary Planting Design” offers an introductory vocabulary. In brief, these plant...Read More 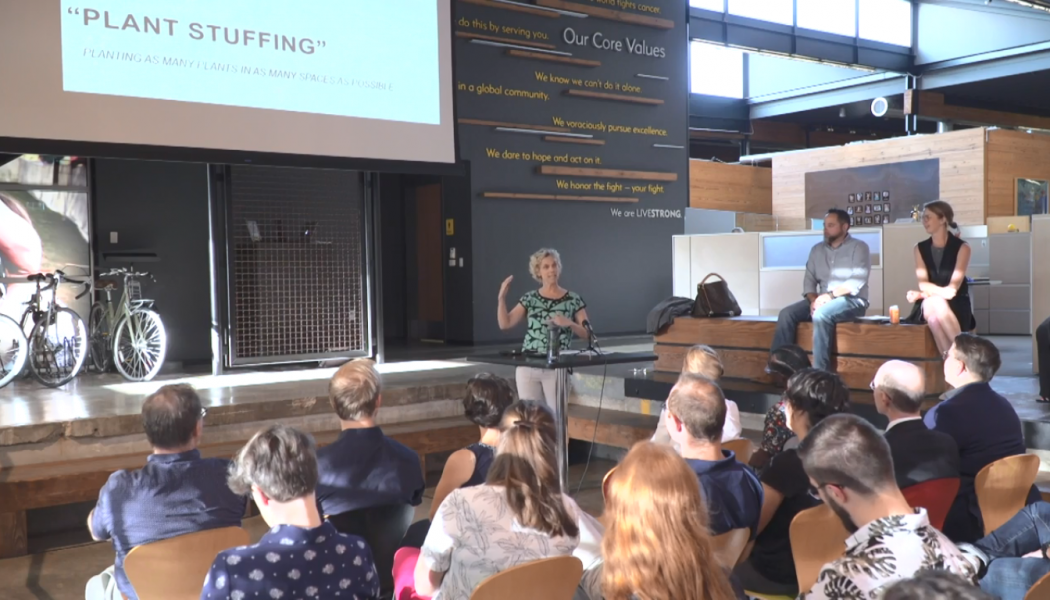