After Autodesk’s announcement last week of the release of AutoCAD for the Mac, I wanted to find out what the folks over at Nemetschek Vectorworks had to say.

From an email I received from a public relations specialist with Nemetschek Vectorworks, Inc., I gathered that they remain confident that their sales will not be effected. They suggested that it might even help their sales as, “Windows based firms to explore the Macintosh as a future platform for their design technology.”

They also believe their long history on the Macintosh platform and the relationship they have with their users gives them an distinct advantage:

“In 1985, our company’s founder developed our first design product on the Mac, and since then we’ve been the leader in CAD software for the Mac, holding 75 percent of the market (according to the Jon Peddie Research Worldwide CAD Report 2007-2008). All of our products, from our basic Vectorworks Fundamentals program to our industry-specific programs—Vectorworks Architect, Landmark, and Spotlight—to our comprehensive Vectorworks Designer package, are Mac-native applications. With 25 years of input from Mac users, we are in tune with the mindset of the professional Mac designer. We have a history of loyalty to our user base, consistently listening to their wishes and concerns and translating their feedback into improved features and functionality with each new version of Vectorworks.”

On September 14, 2010, Nemetschek Vectorworks, Inc. announced their 2011 product line. (You can read about it here.) Here is their list of the Top 11 new features in Vectorworks Landmark 2011:

You can watch it in action below: 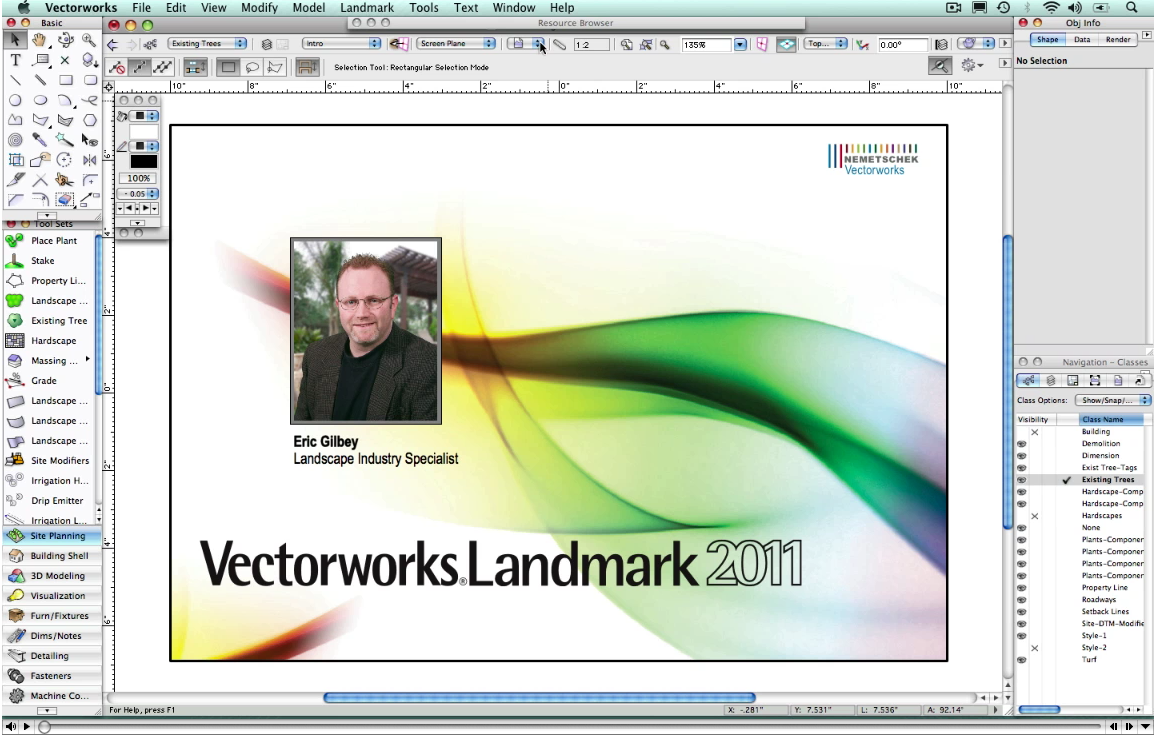 All images via Nemetschek

In my next post, I will explore the pros/cons of both CAD solutions. Please feel free to leave a comment below…