Project Warde helps to revive an otherwise dead urban space, by HQ Architects, Jerusalem, Israel. With cities growing faster than ever, more and more neglected urban spaces are cropping up all around the world. Dealing with the increase in these neglected spaces poses a serious problem for virtually every major city, but could art be the answer to this urban problem? A new installation, titled Warde, was implemented in Jerusalem’s Valero Square in order to help address the lack of pedestrian engagement with the site. HQ Architects, based in Tel Aviv, is responsible for the installation, which is part of a greater plan to enhance the neglected urban spaces in Jerusalem’s city center. 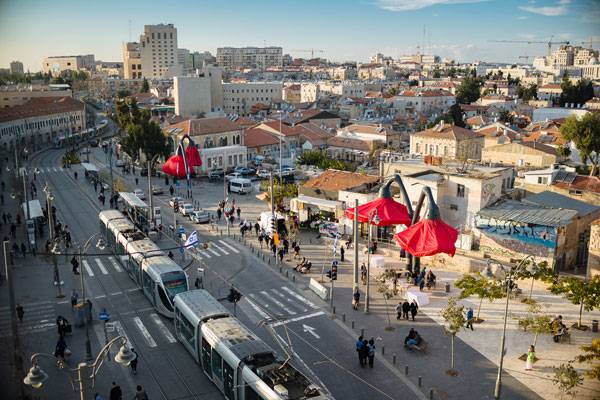 Valero Square is located squarely in the center of Jerusalem’s downtown, at a busy tram line station and next to a major open-air market. With such a prime location, the site should have been a vibrant community area, bustling with life, but the reality couldn’t have been more different. [contextly_sidebar id=”xbLLrm4msy271U7FXEAtWMPq5AtvclxH”] Unfortunately, the square had fallen into a state of neglect. Largely due to a serious lack of people-oriented programming, over time the site had simply become a wasted space. While thousands moved through the square on a daily basis, virtually no one stopped to spend time in the square. People would instead simply pass by without so much as a second thought. While the city had made a few attempts to improve the space, ultimately all that resulted was an incoherent and fragmented space that failed to provide any meaningful use for or connection with people. That was, until the implementation of the Warde installation. 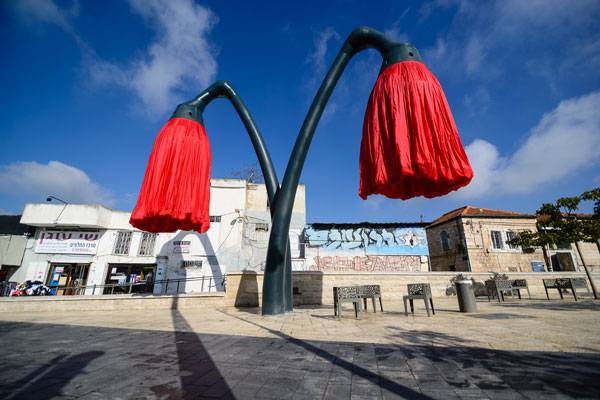 Valero Square Reblooms The installation is a cluster of rather unusual street furnishings — giant red “flowers” resembling poppies, which open to 30 feet wide, on top of 30-foot-tall “stems.” The flowers themselves can be filled with air. This inflation and deflation cause the bloom to open and close. 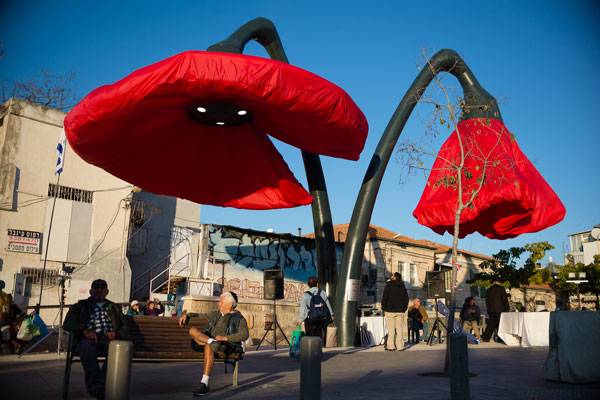 You Can’t Miss it The new installation is difficult to overlook, but what is truly amazing is the way that these flowers interact with their surroundings. The flowers open and close in reaction to passersby, inciting curiosity and playfully inviting people to interact with the space. Standing under one of the flowers will cause it to open and stay open until you choose to leave, providing shade and relief from the hot summer sun. 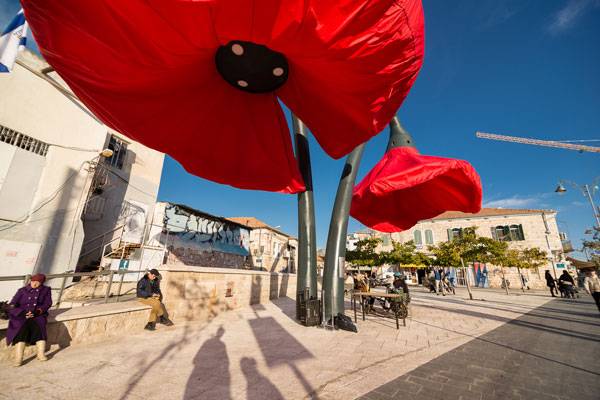 The Transition from Day to Night At nighttime, the installation functions as lighting, providing a spotlight while open and a warm, soft light while closed. The installation is also programmed to react to public transit, springing to life as the trams arrive and depart from the square, warning travelers not to miss their tram. 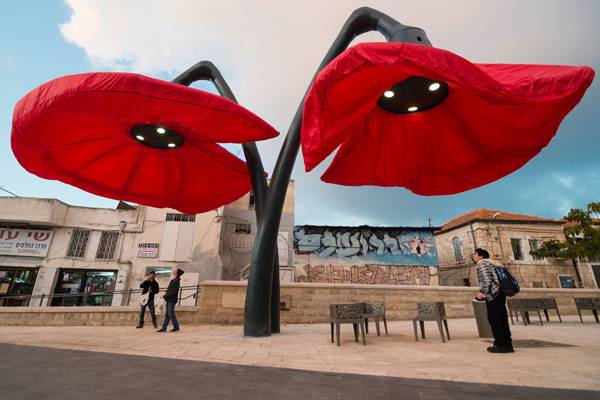 Casting Light on Neglected Spaces Warde, with its eye-catching flowers, draws users who would normally just pass by into the space. But that’s not all. The installation goes even further, drawing public attention to what had become a neglected, wasted urban space. Even the flower choice for the installation, whether intentional or not, seems to allude to the neglect of the site, as poppies often thrive in neglected and disturbed environments. Altering Behaviour and Perceptions Temporary art installations such as Warde are being used more and more as a way to re-engage communities with neglected spaces. These installations alter behavior and perceptions, as spaces that were once just background noise suddenly become highlights. This type of art also forces people to take a much closer look at their cities and to notice those neglected urban spaces all around them. In the case of Valero Square, the installation has created a more playful, interactive environment, which has invited people to not only actively engage with it, but to notice a site that was previously neglected.

Has Warde Revived Valero Square? Art installations can be powerful in changing the attitudes and behavior of people in cities. In the case of Valero Square, a space that was once devoid of life is now animated by an art installation that captures the imagination, and which has awoken many to their urban surroundings. However, this type of interactive installation is not free from problems. Over time, the novelty can wear off and the behavior of passersby can return to normal, resulting in a loss of public interest in the space all over again. 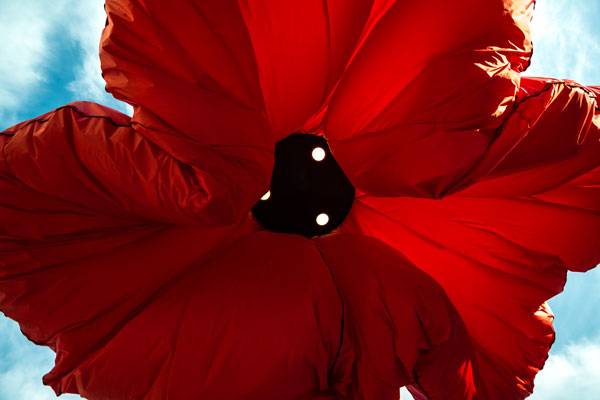 While it’s too early to say if Valero Square has been revived by the installation, it has certainly managed to generate increased public interest in the future of the space. Hopefully, Warde will continue to generate interest in the future of the square, as well as draw public attention to the many other neglected sites in the city. In any case, Warde is an excellent example of how urban art installations can be a great tool for engaging communities with neglected spaces, as well for getting people to stop and really take notice of their surroundings. – Do art installations such as Warde revive neglected urban spaces, or it is merely a temporary, “Band-Aid” solution to a larger problem? Tell us what you think in the comments below. WATCH: Can Art Revive a Dead Urban Space?