No longer the undeveloped concrete eyesore it once was, Discovery Green has been transformed into a 12-acre, LEED Gold certified public park located in Houston’s dense urban core. Opened in 2008, the park was the result of a successful public-private partnership between the City of Houston and Discovery Green Conservancy and has been incredibly well-received by millions of visitors.  More after the jump…

“To provide an uncommonly beautiful, urban green space in the heart of Houston that serves as a village green for our city, a source of health and happiness for our citizens and a window into the incredible diversity of talents and traditions that enrich life in Houston.”

Site Plan (above) via archdaily.com 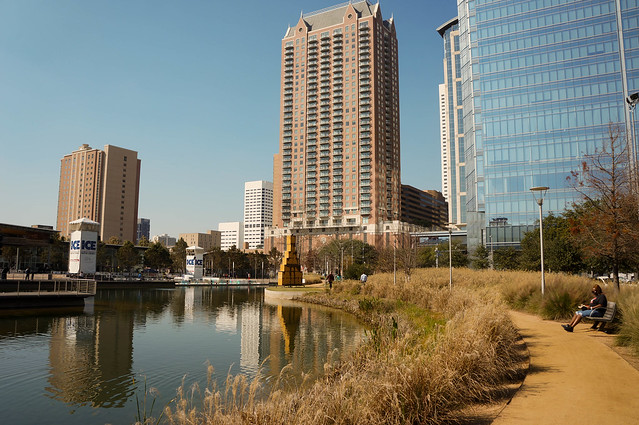 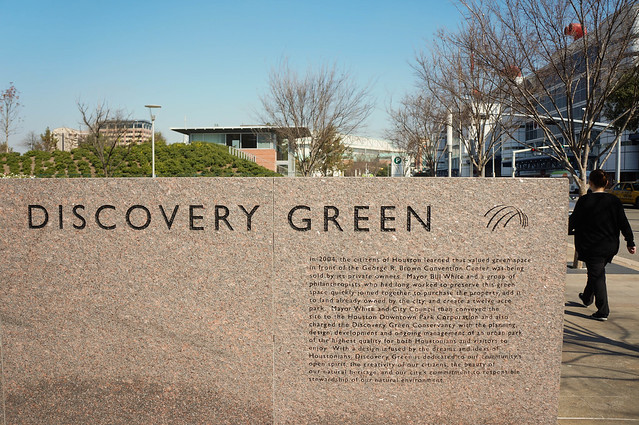 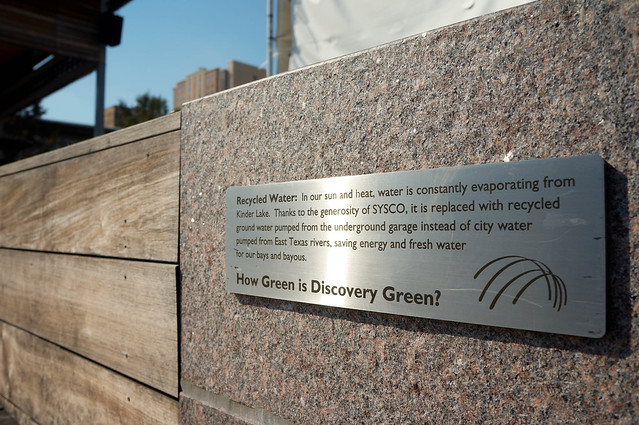 Other than its role as Village Green in downtown Houston, Discovery Green’s main draw is its programming, which generates approximately 70% of the visits to the park. More than 800 public and private events are held each year, ranging from those in the arts to health and fitness as well as a weekly farmers market. In the winter, the park sets up a temporary ice skating rink, attracting more than 20,000 annual skaters.

Discovery Green’s popularity and success has also been a huge economic catalyst for more than $500 million in downtown development projects. 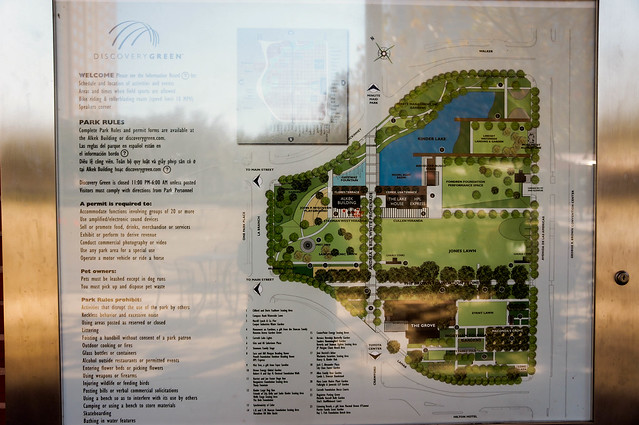 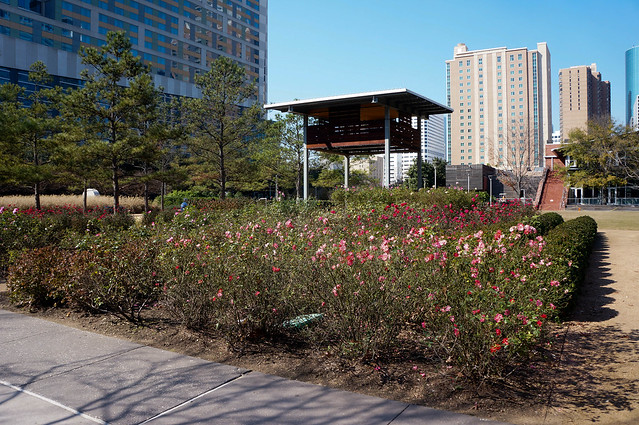 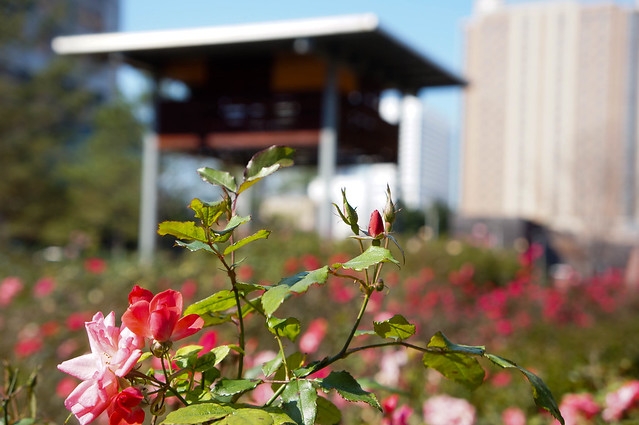 Perfectly manicured with beautiful blooming gardens and an abundance of active and passive outdoor rooms, it’s evident that Discovery Green is the eco-friendly pride and joy of downtown Houston. But, for such a family-friendly park that draws massive crowds–such as Lebowski Fest–the park is not located in a terribly convenient area for locals. Lack of nearby parking as well as parking costs have also been cited as one of the biggest downsides to coming to the park. Hopefully, however, growing public interest in the park will spur more attention in transportation alternatives and creating a denser urban fabric in Houston. 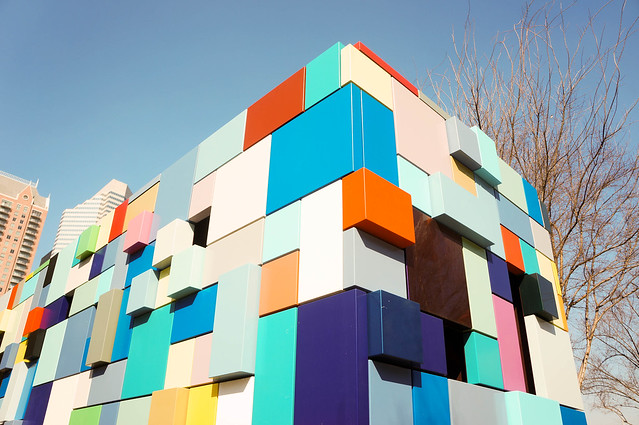 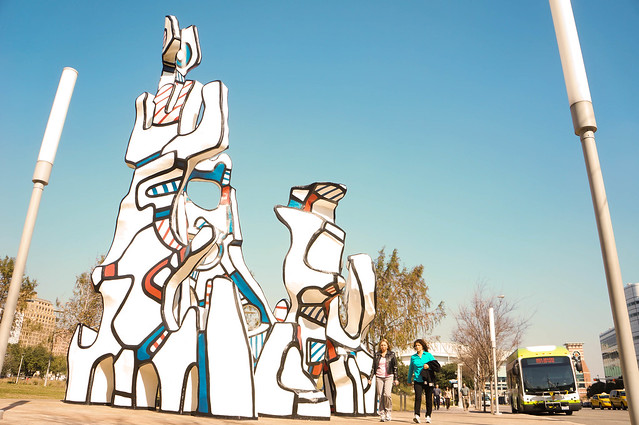 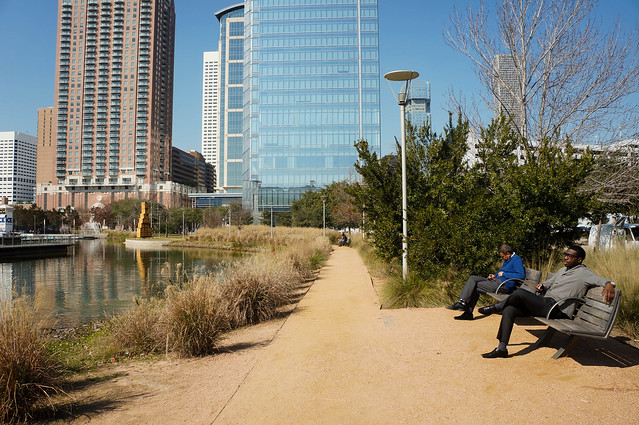 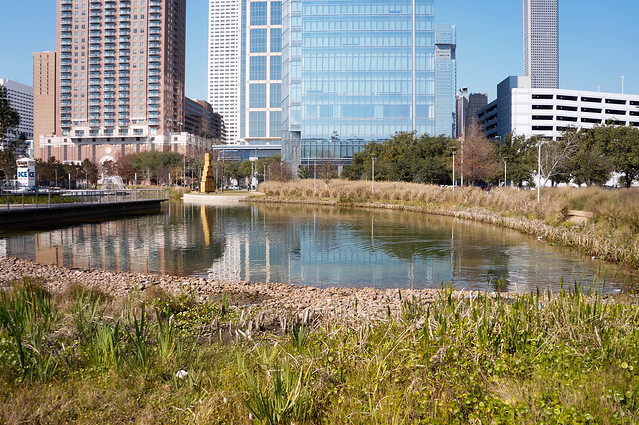 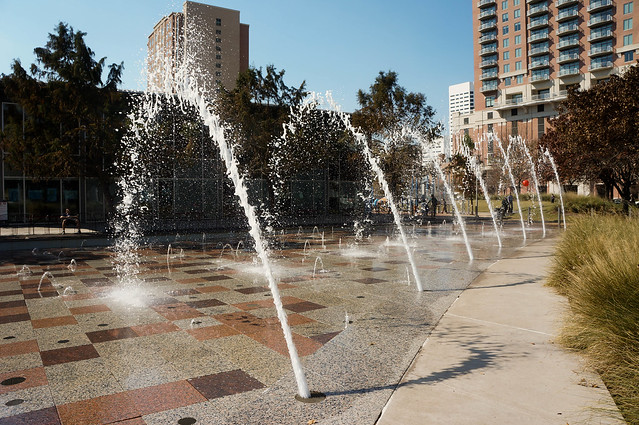 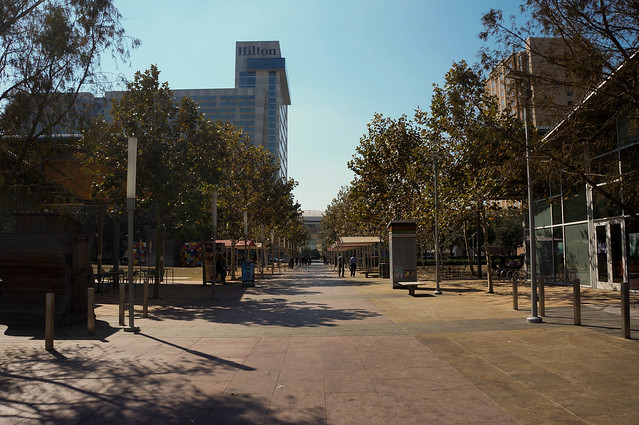 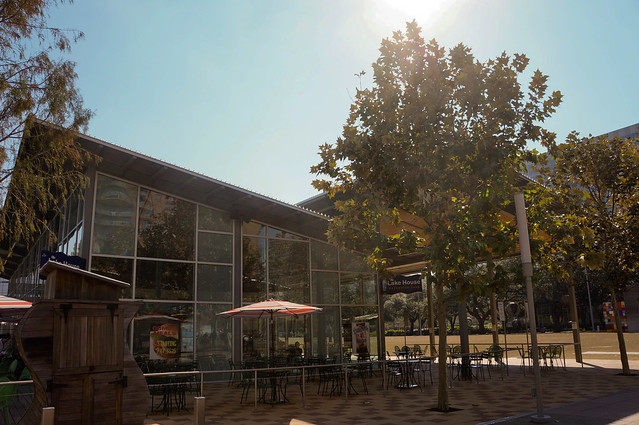 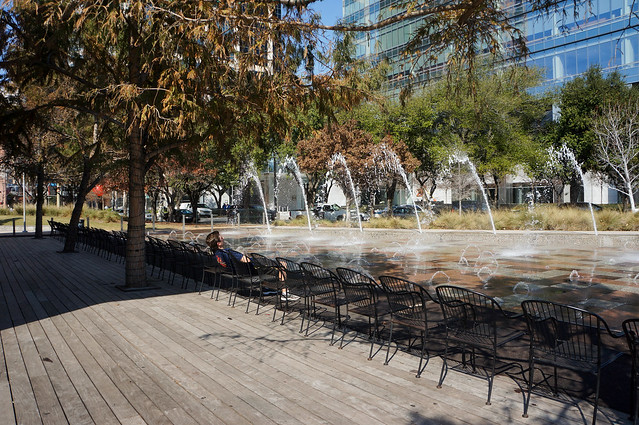 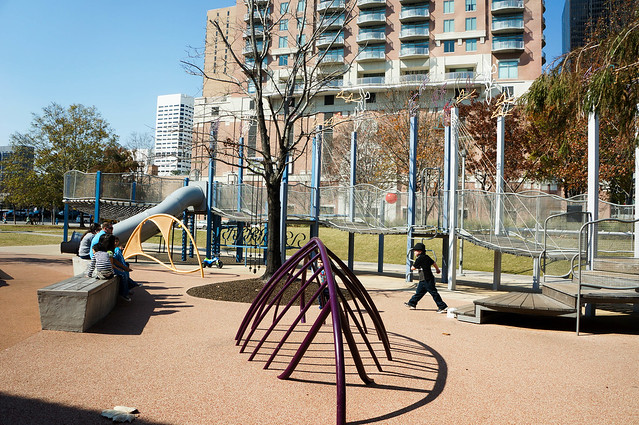 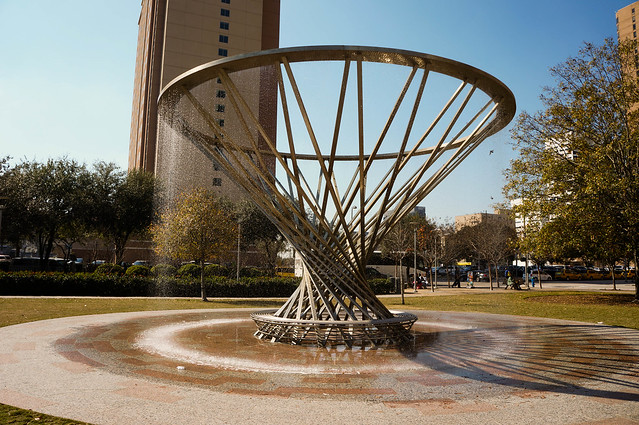 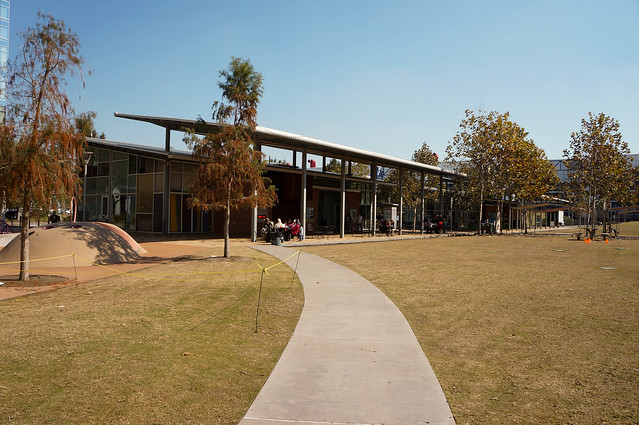 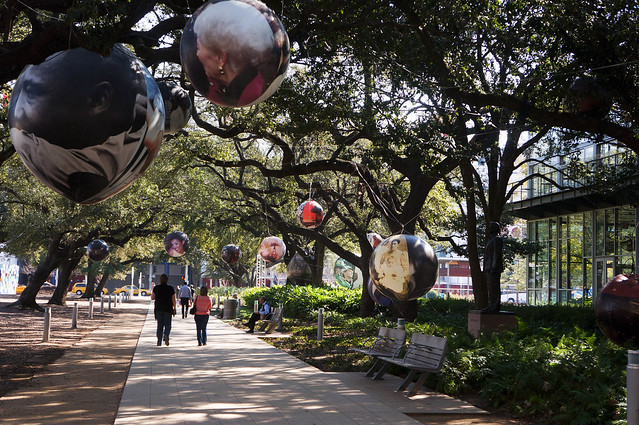 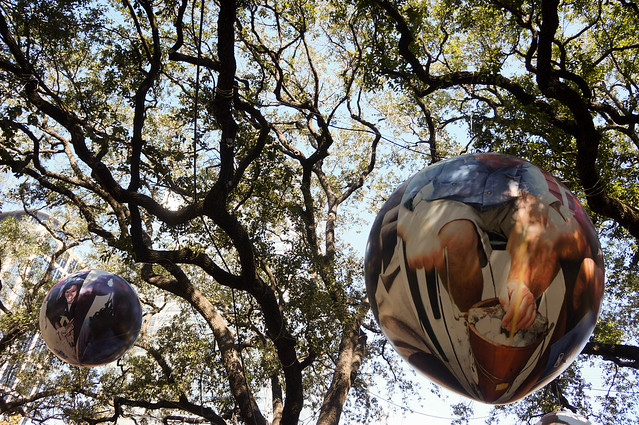 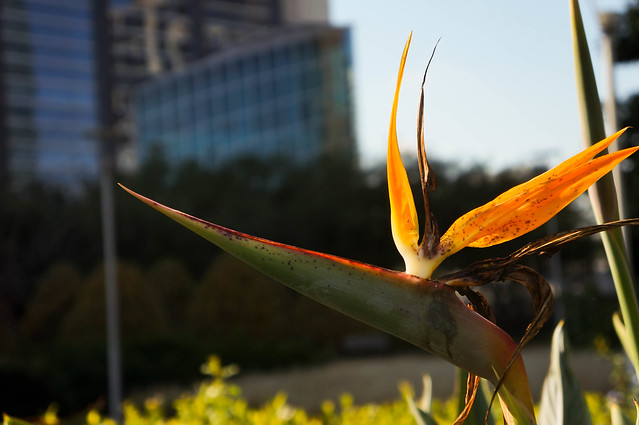 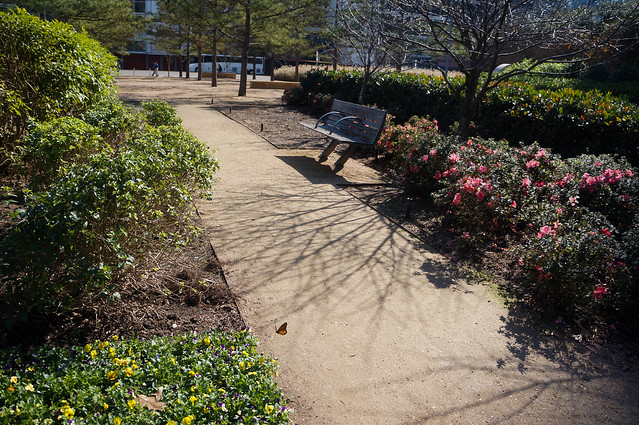 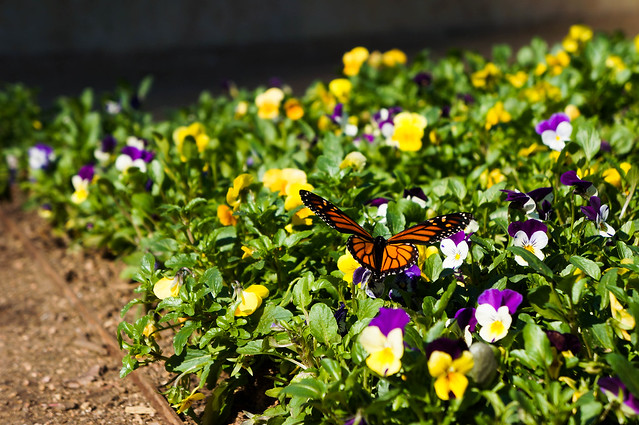 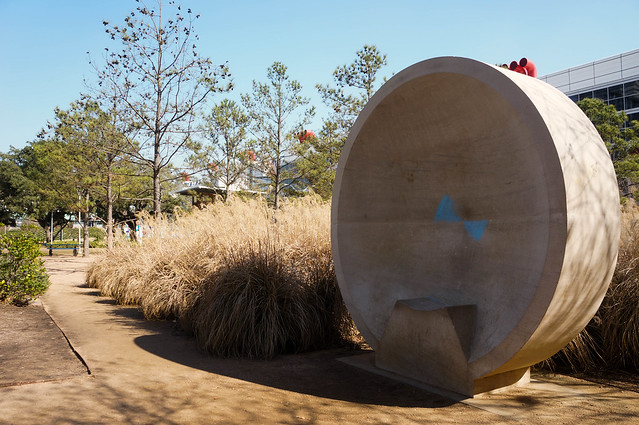 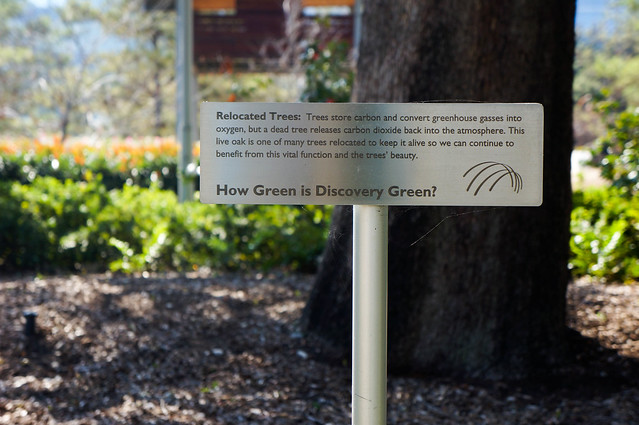 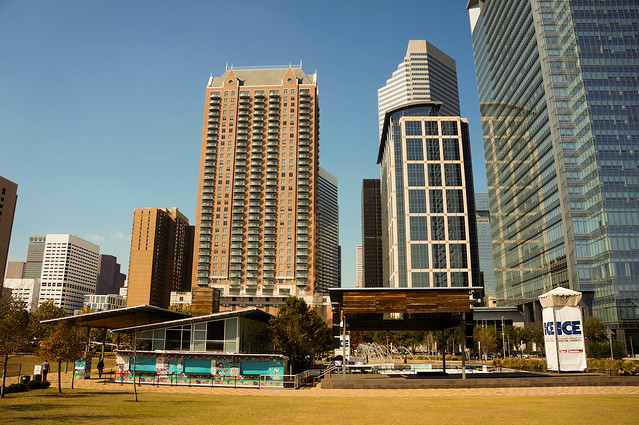 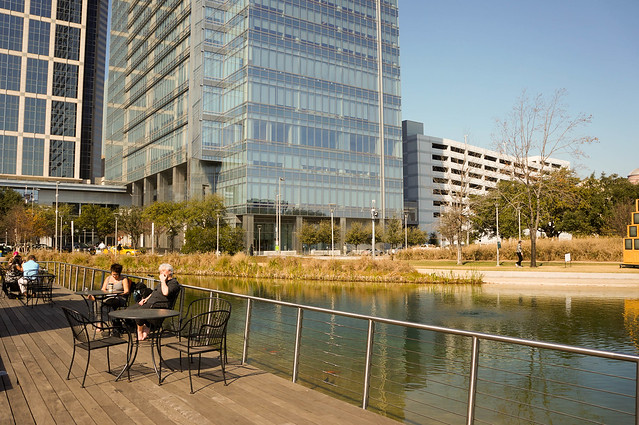 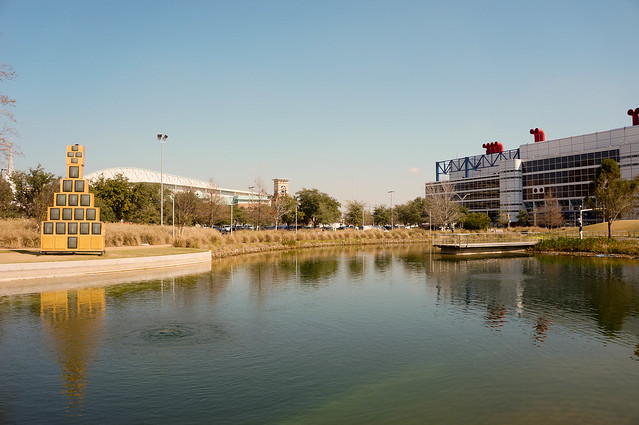 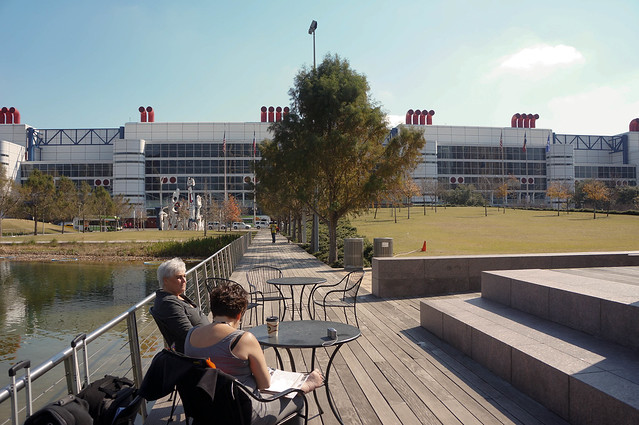 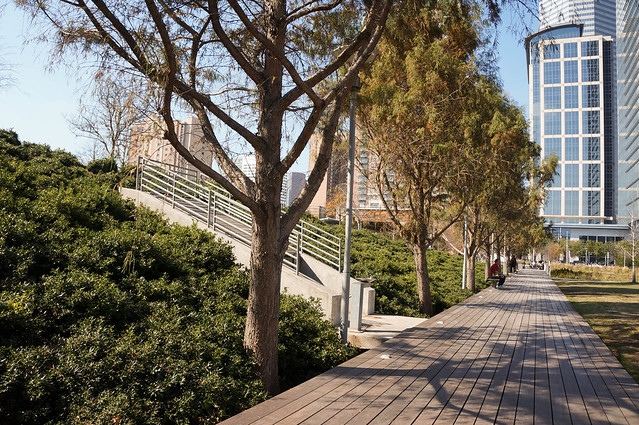 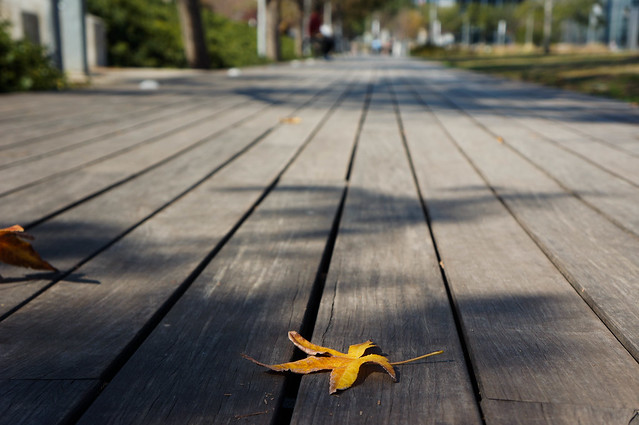 Hi! My name is Lucy Wang and I’m a recent landscape architecture grad from the University of Maryland. I travelled the U.S. (and parts of Canada) by mass transportation for several months in search of great, publicly-accessible landscape architecture sites, as well as landscape architecture firms and universities. I’ll be sharing some of my favorite finds on Land8 along the way. For more information, check out my profile.  As always, feel free to leave a comment below!