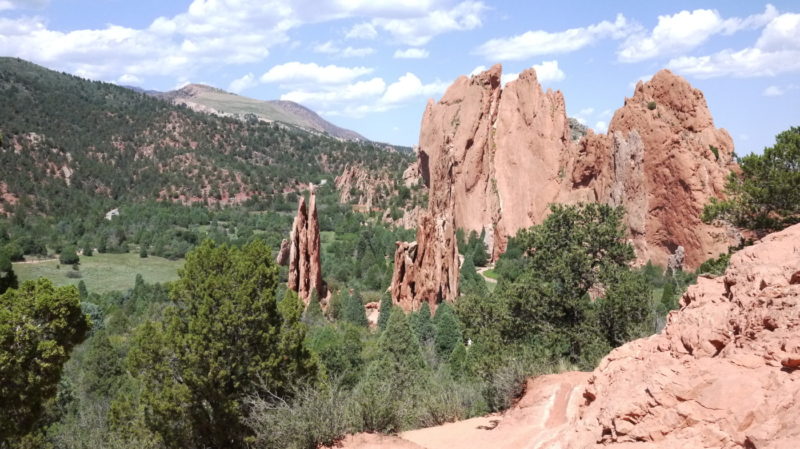 Welcome to Colorado, where natural and urban landscapes are your playground to explore. Denver, and Colorado for that matter, is a unique, naturally beautiful place. A 30 minute drive from downtown puts you in the foothills leading up to the Rockies in towns like Boulder, Golden, and half way to Colorado Springs to the south or Fort Collins to the north. Recreational opportunities abound and in many parts of the city too. One of the best things about the region is that Greater Denver brews the most beer per capita than anywhere else in the United States. So if you like beer while exploring natural and urban landscapes, go to Colorado! 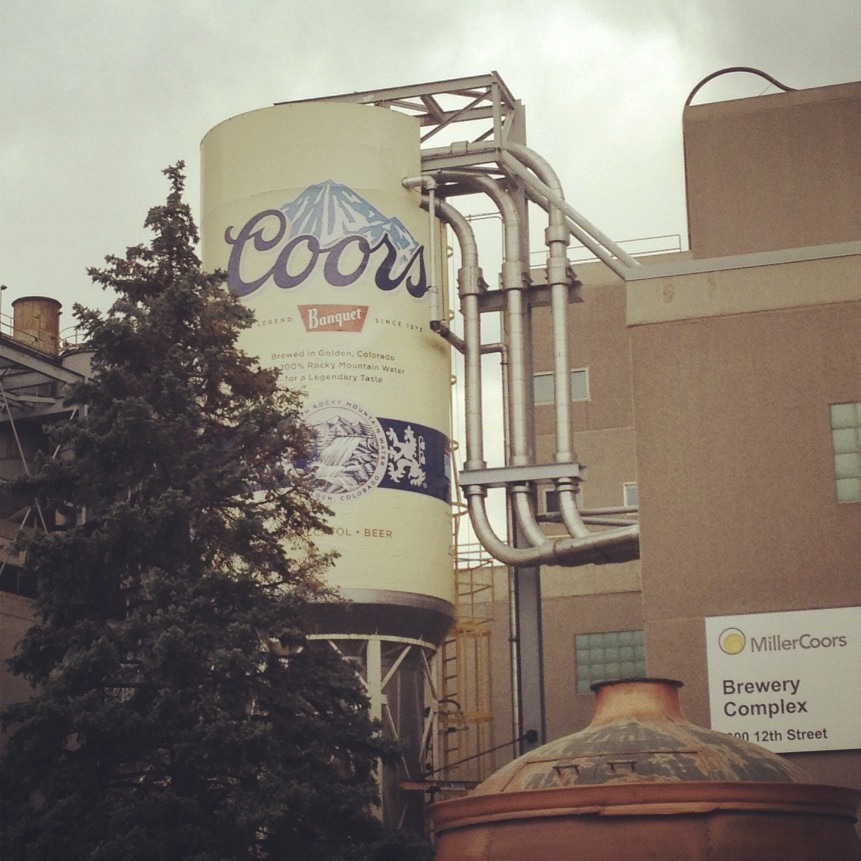 Something to whet your appetite

While venturing through the city, one particular thing stood out, which were the perennial beds potted throughout downtown and in outlying communities. Reminded me of Magnificent Mile in Chicago with its striking flower beds along the pedestrian friendly streets.

One of the first stops while exploring was Confluence Park, which is located at the northwest part of downtown Denver on the Platte River. Rocks were constructed to direct flow of the water to create rapids. Throughout the day, use of the site increased, ranging from kids, couples, and groups of bike riders. For more information on Denver parks please visit the website here. 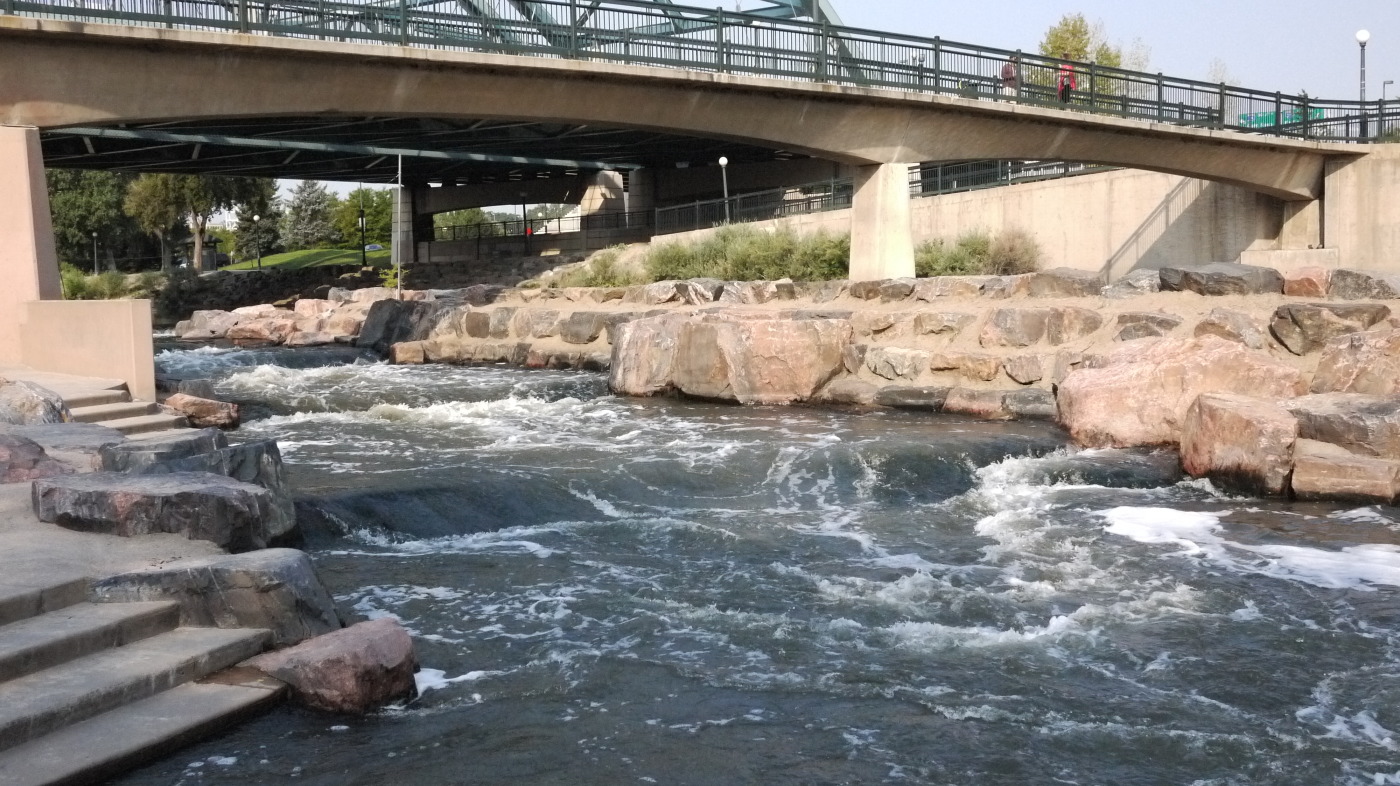 After visiting the flagship REI store near by, began the trek to downtown to check another Lawrence Halprin design off the bucket list, and that would be Skyline Park. 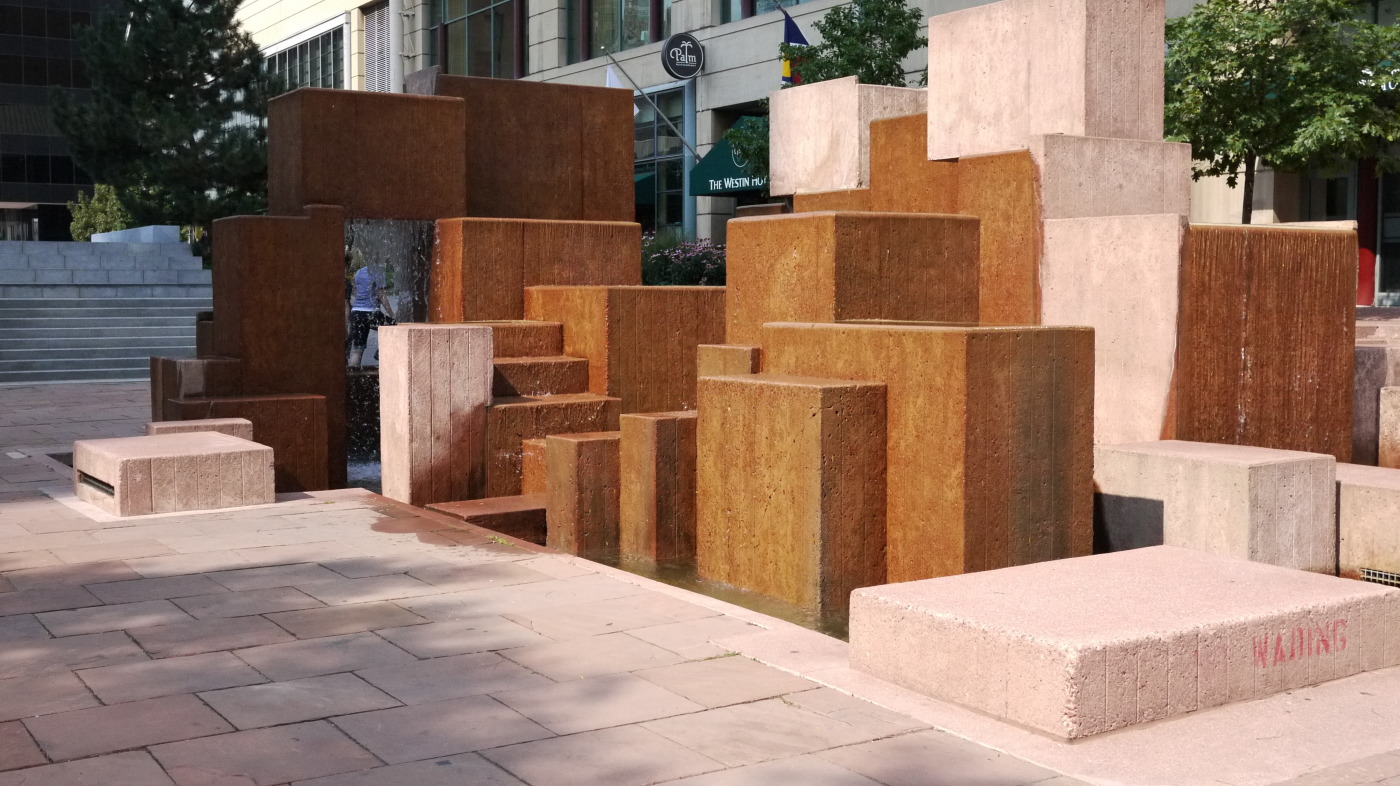 This is quintessential Halprin, as expressed through his other west coast projects like Levi’s Plaza and Vaillan Court Fountain in San Francisco, and Keller Fountain Park in Portland, Oregon. Along the walk to the next destination there were more perennial beds. 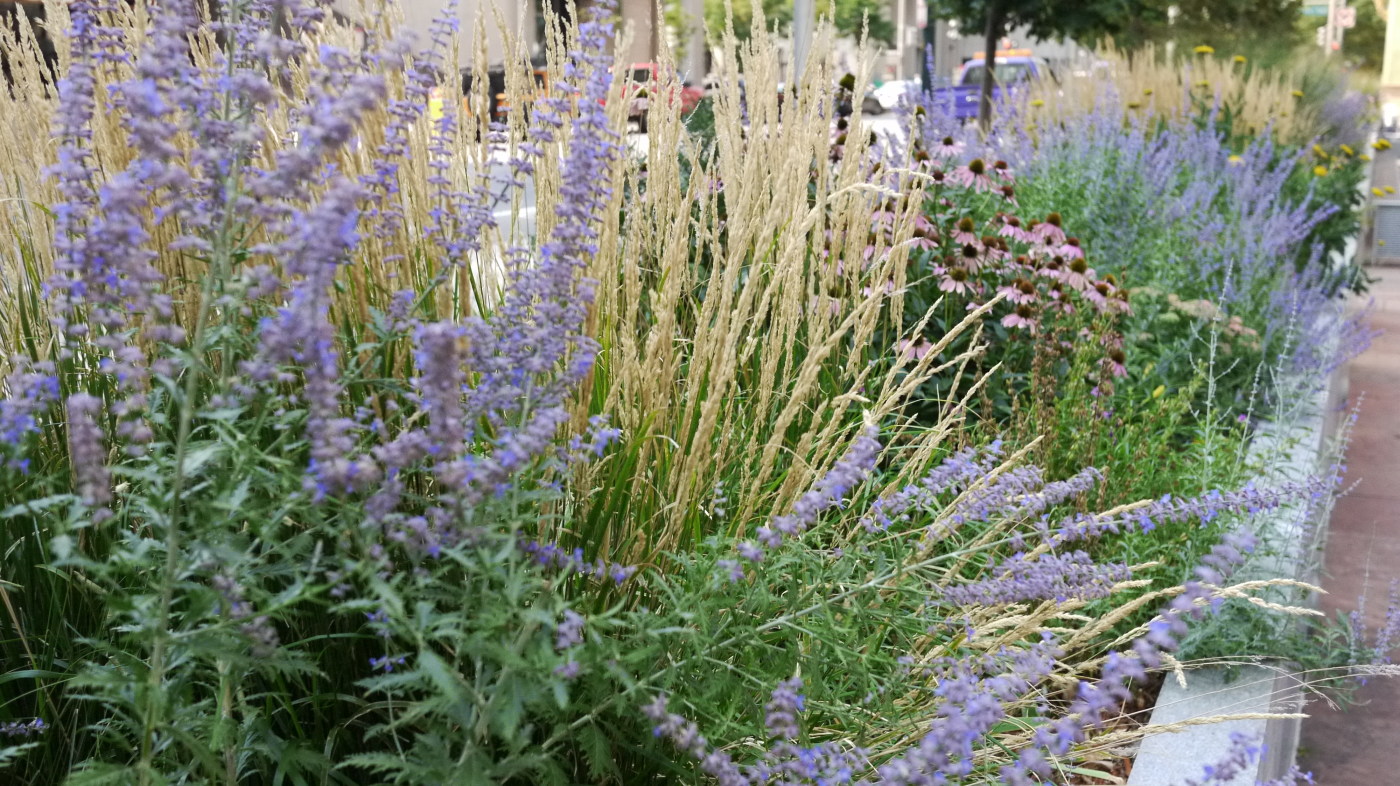 In order to get to the capital building and its great lawn, one has to walk down the pedestrian-friendly 16th Street Mall. This almost curbless pedestrian-oriented street reminded me greatly of places like Barcelona’s La Rambla and Santa Monica’s 3rd Street Promenade. 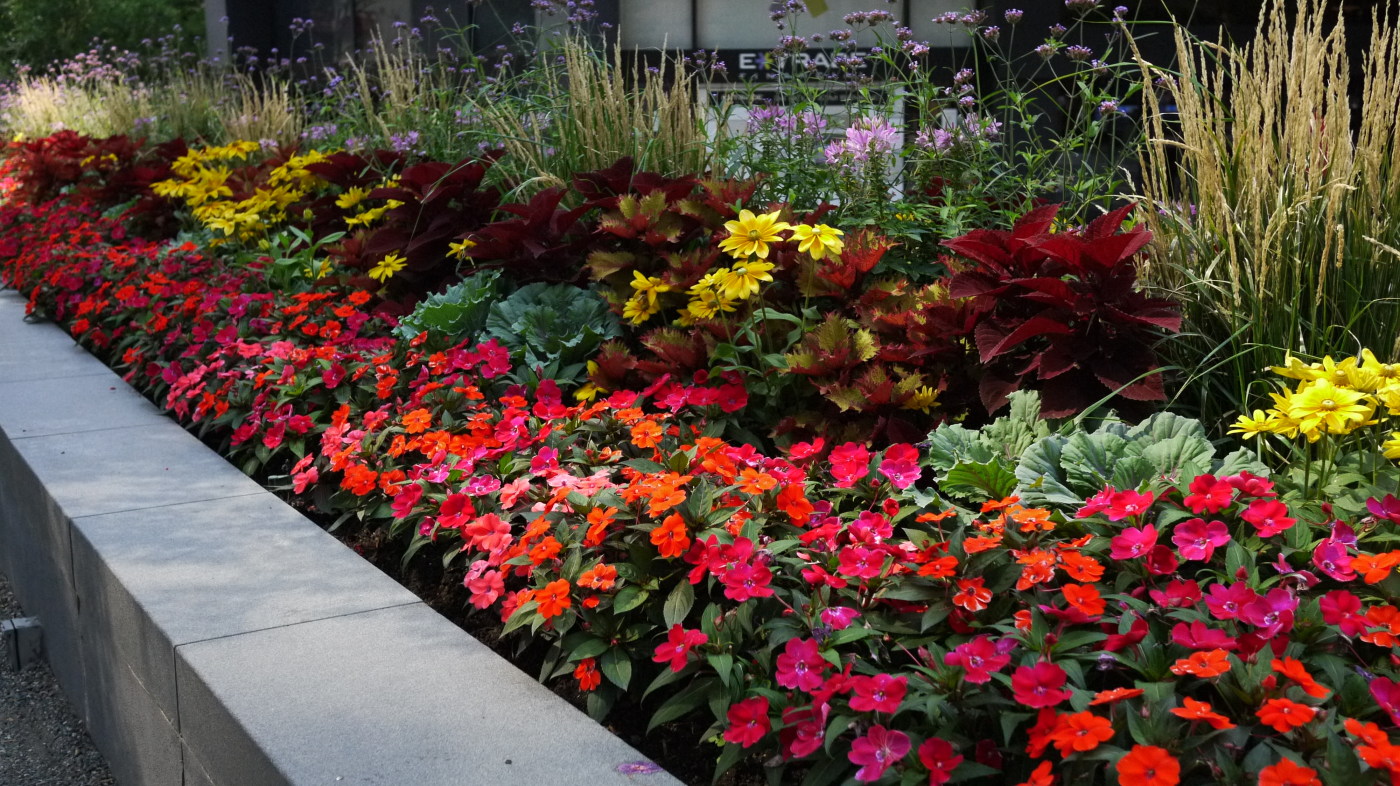 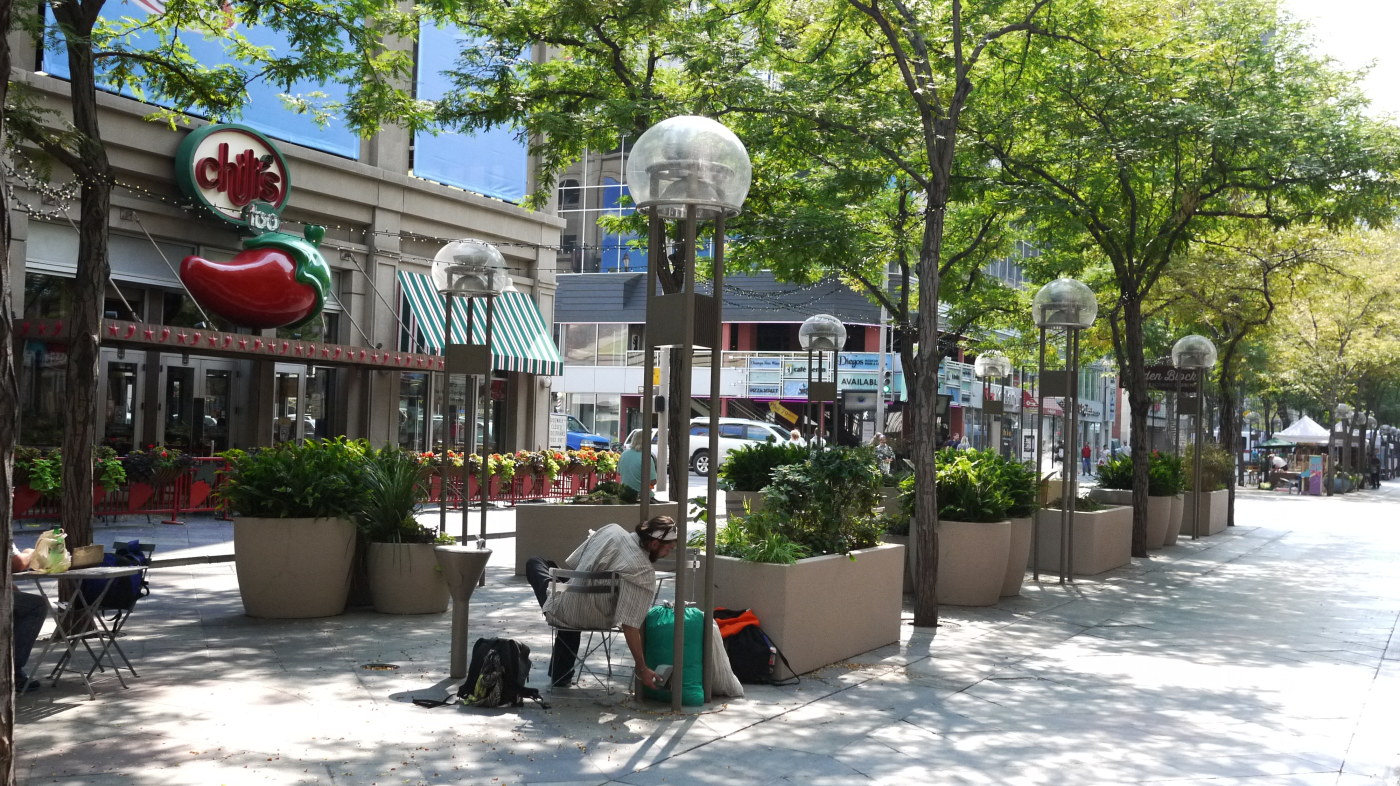 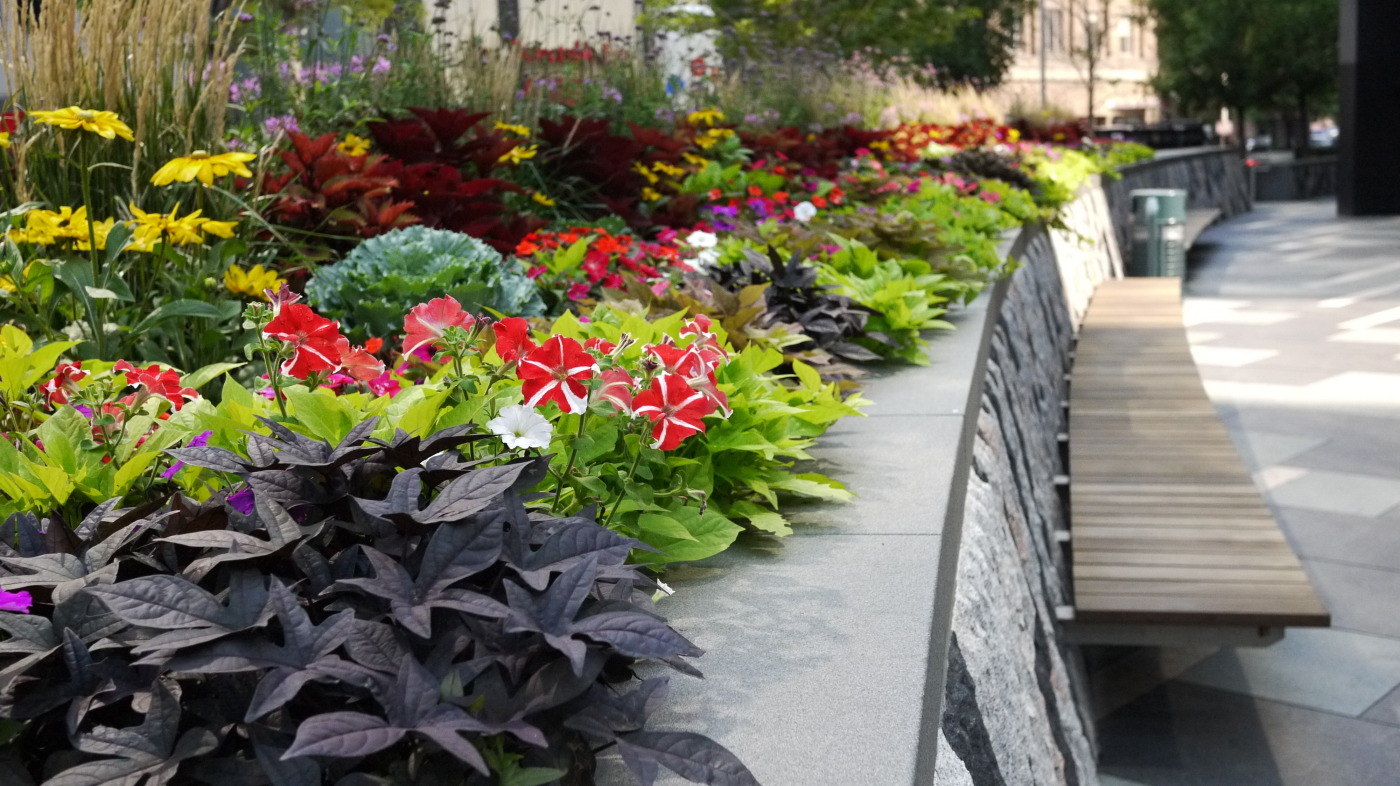 Once at the end of the pedestrian mall, the capital building begins to reveal itself. Unfortunately at the time, the building’s dome was under construction. 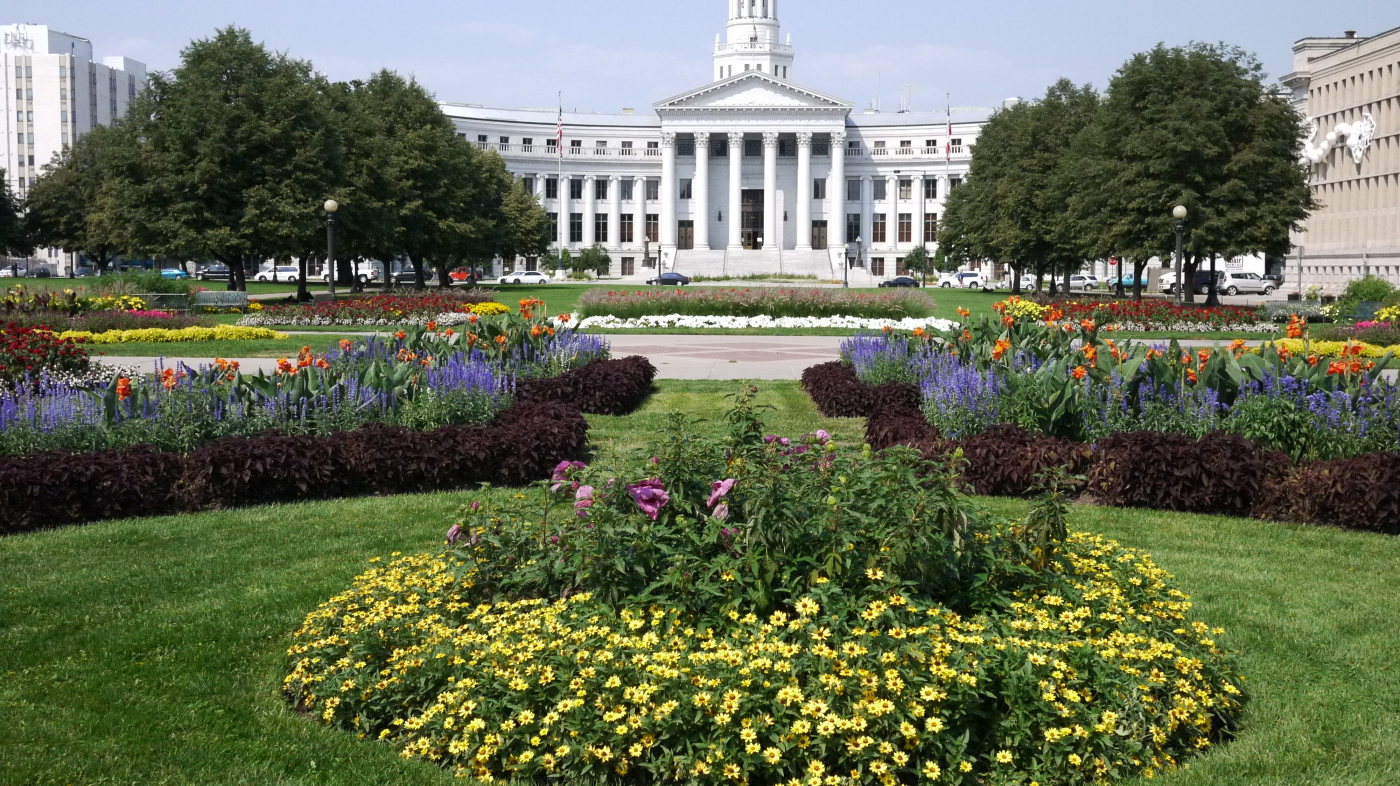 Near the capital is the Denver Art Museum with its space-like addition designed by architect Daniel Libeskind and an art sculpture by Claes Oldenburg & Coosje van Bruggen. 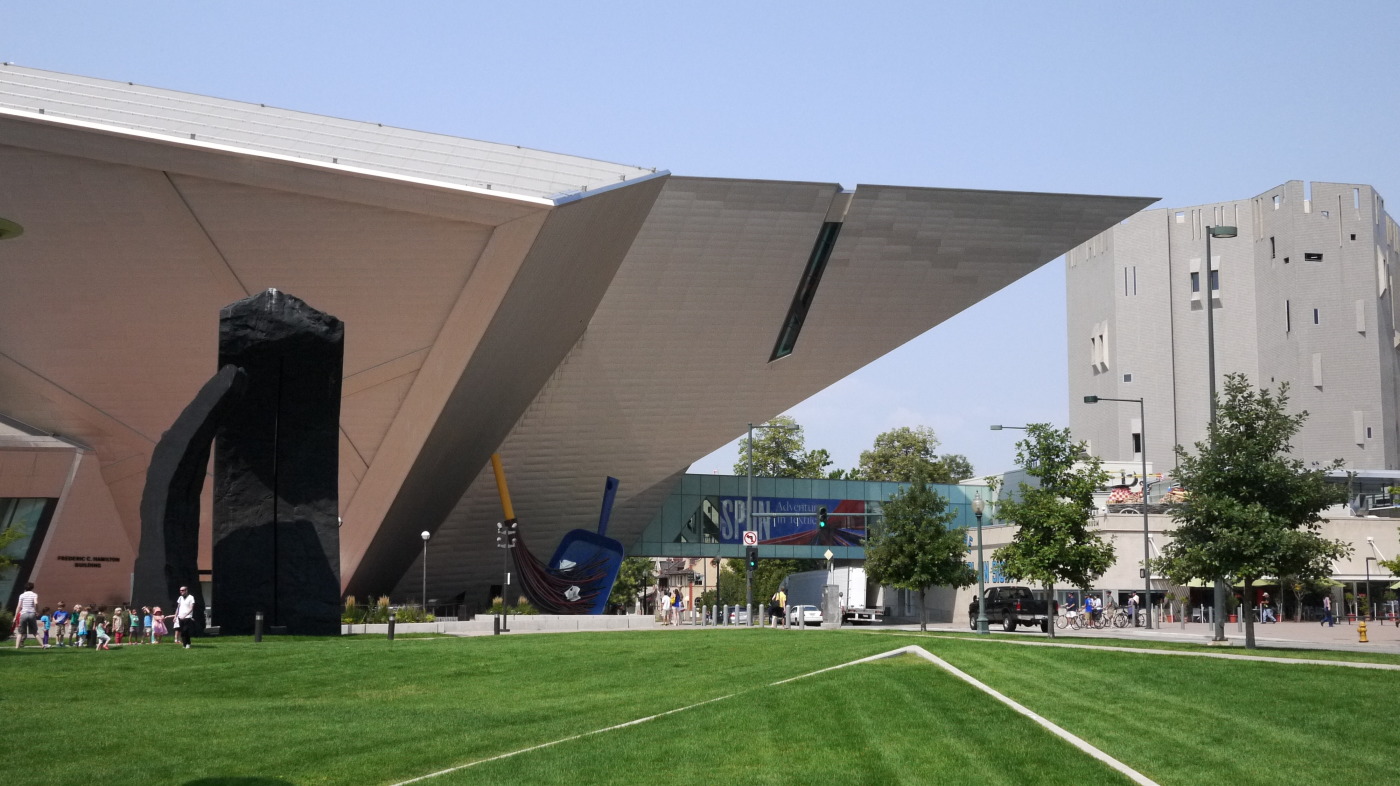 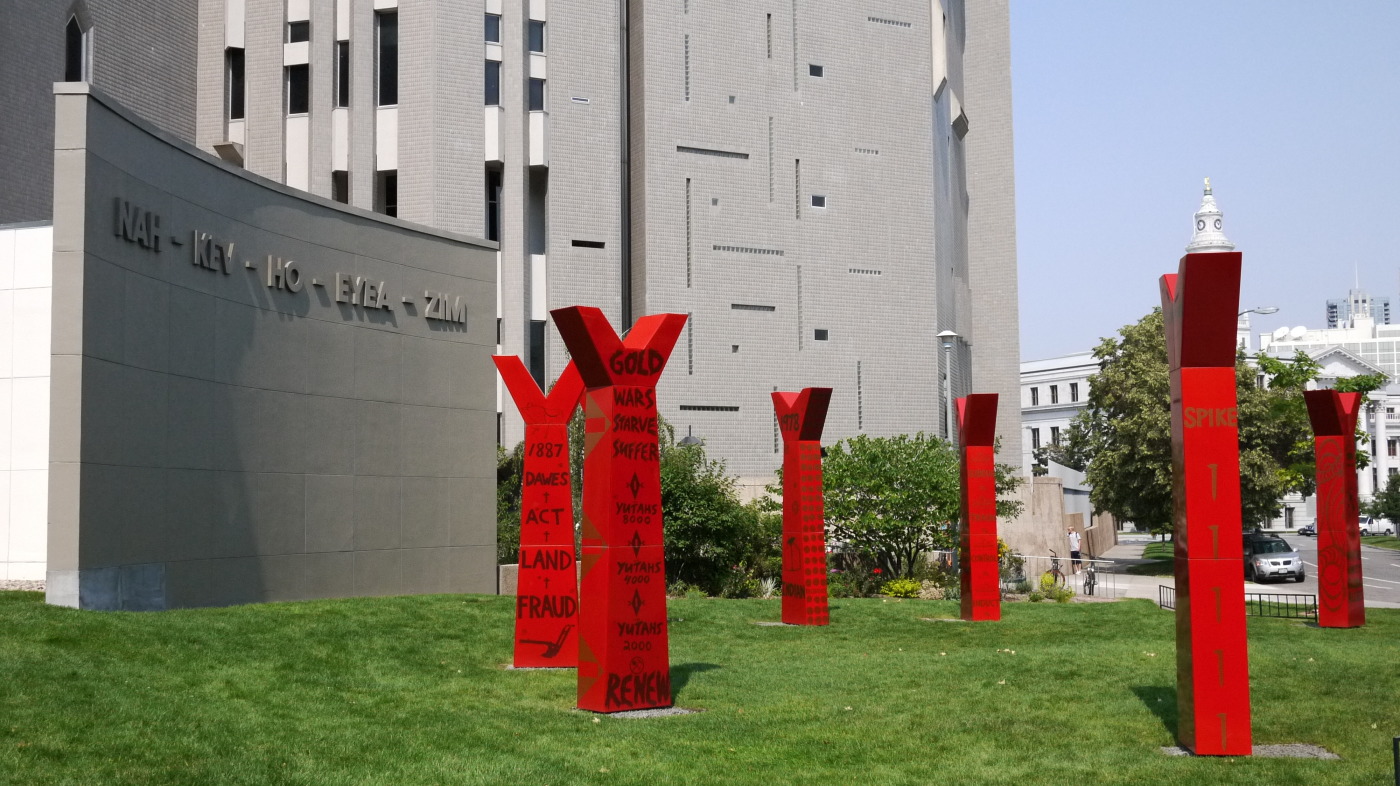 Over the course of the next few days, trips to the outlying towns were made and fun was had. One place high on the list of things to see was Red Rock Amphitheater near Golden. Truly an unbelievable landscape, albeit man-made, but you can’t take that away from the experience of being there for a concert or show. Its sheer scale is captivating. 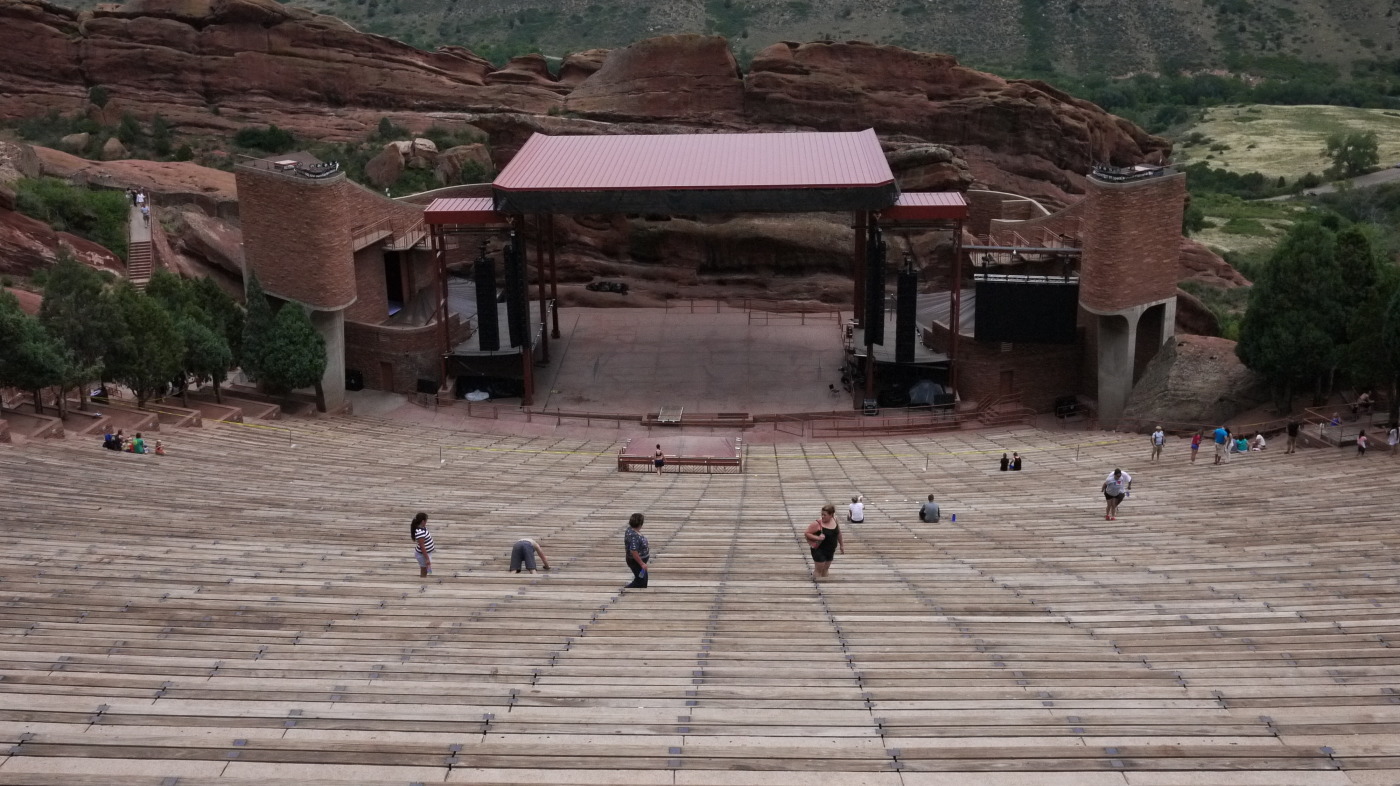 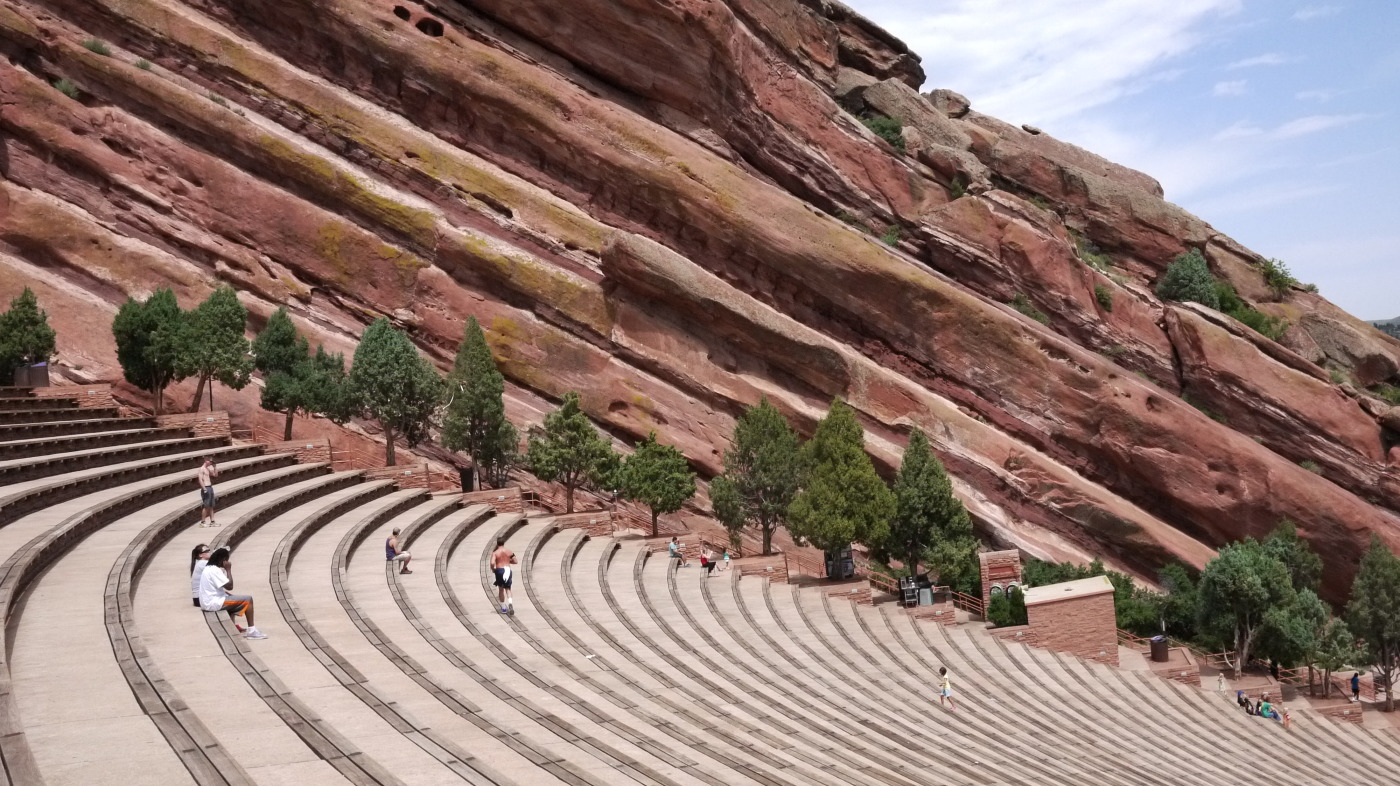 Took a hike to Royal Arch and spent the day in Boulder. What a view from the top of Royal Arch to the landscape beyond. If you love hiking and the outdoors, its a must. 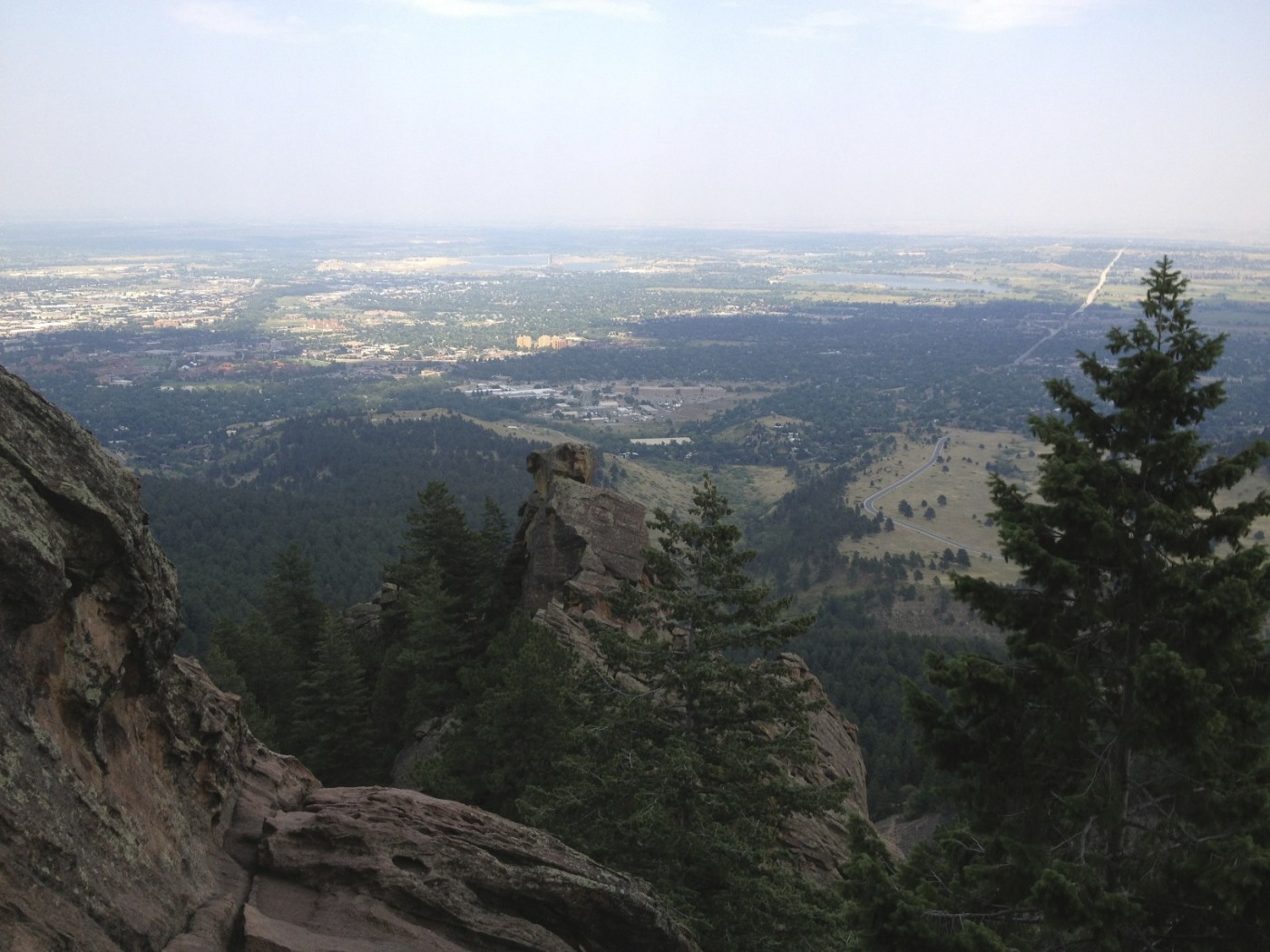 On the return trip, stumbled upon a makeshift Flinestone living room. 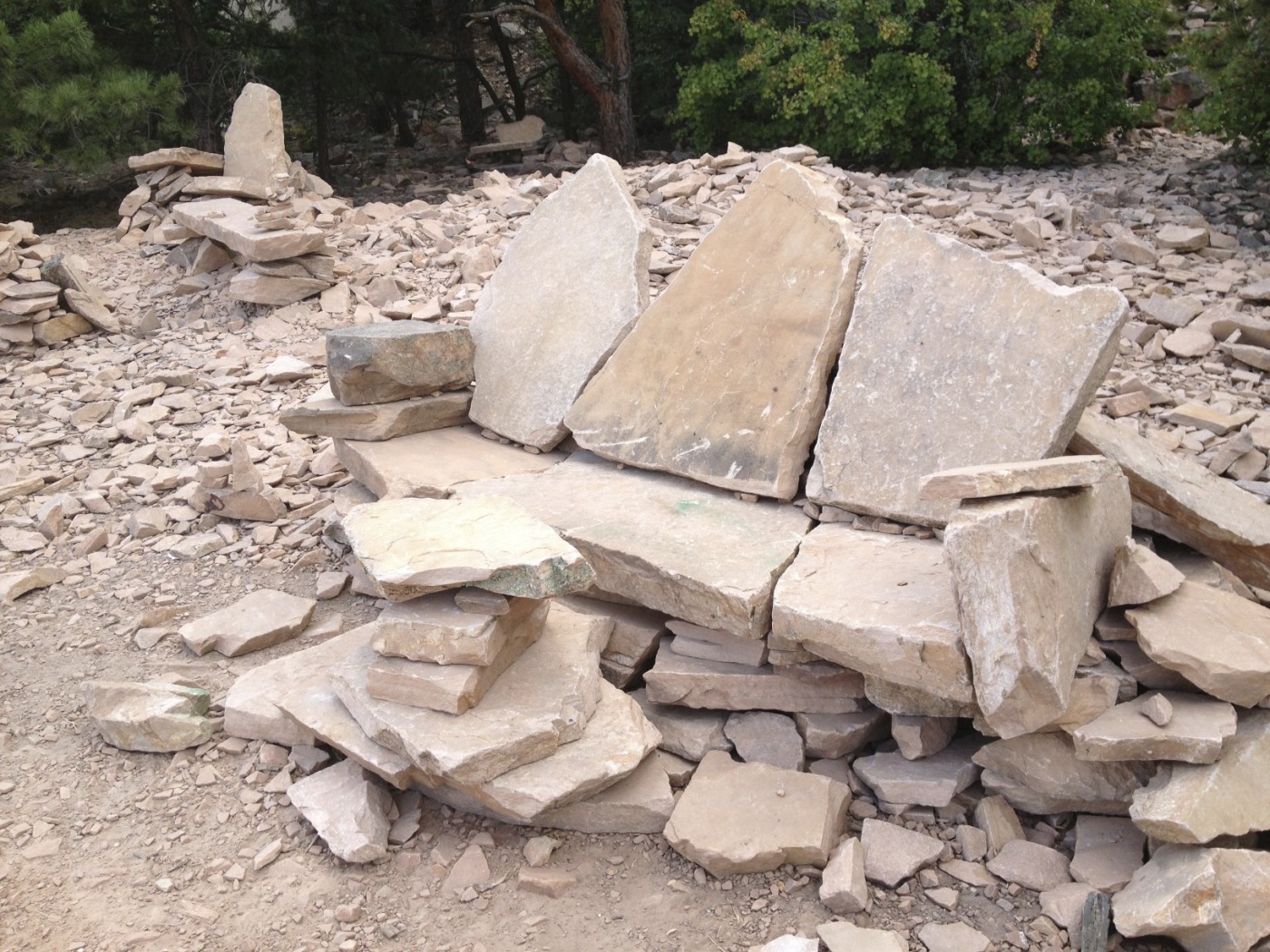 Last, but not least was the spectacular day trip to Garden of the Gods near Colorado Springs with Pikes Peak looming in the background. 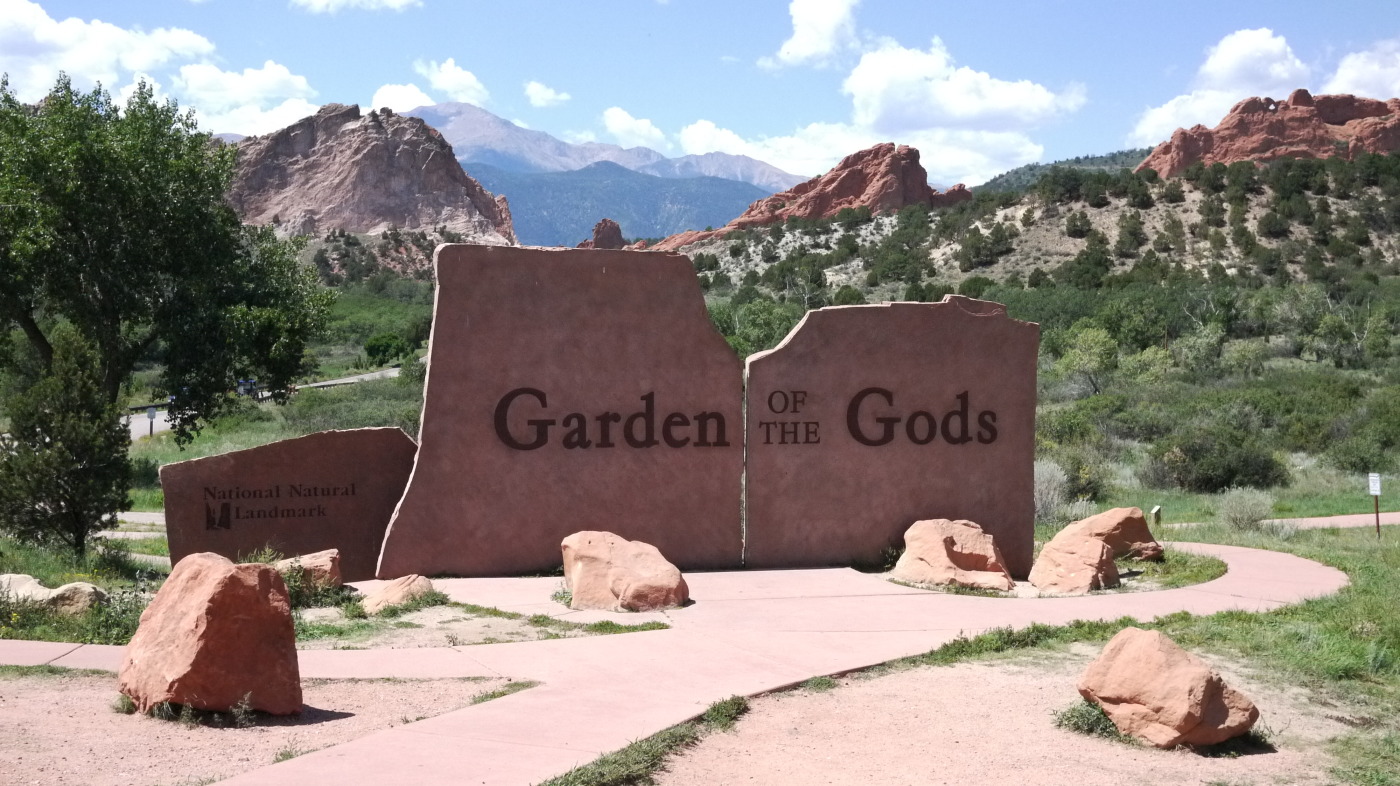 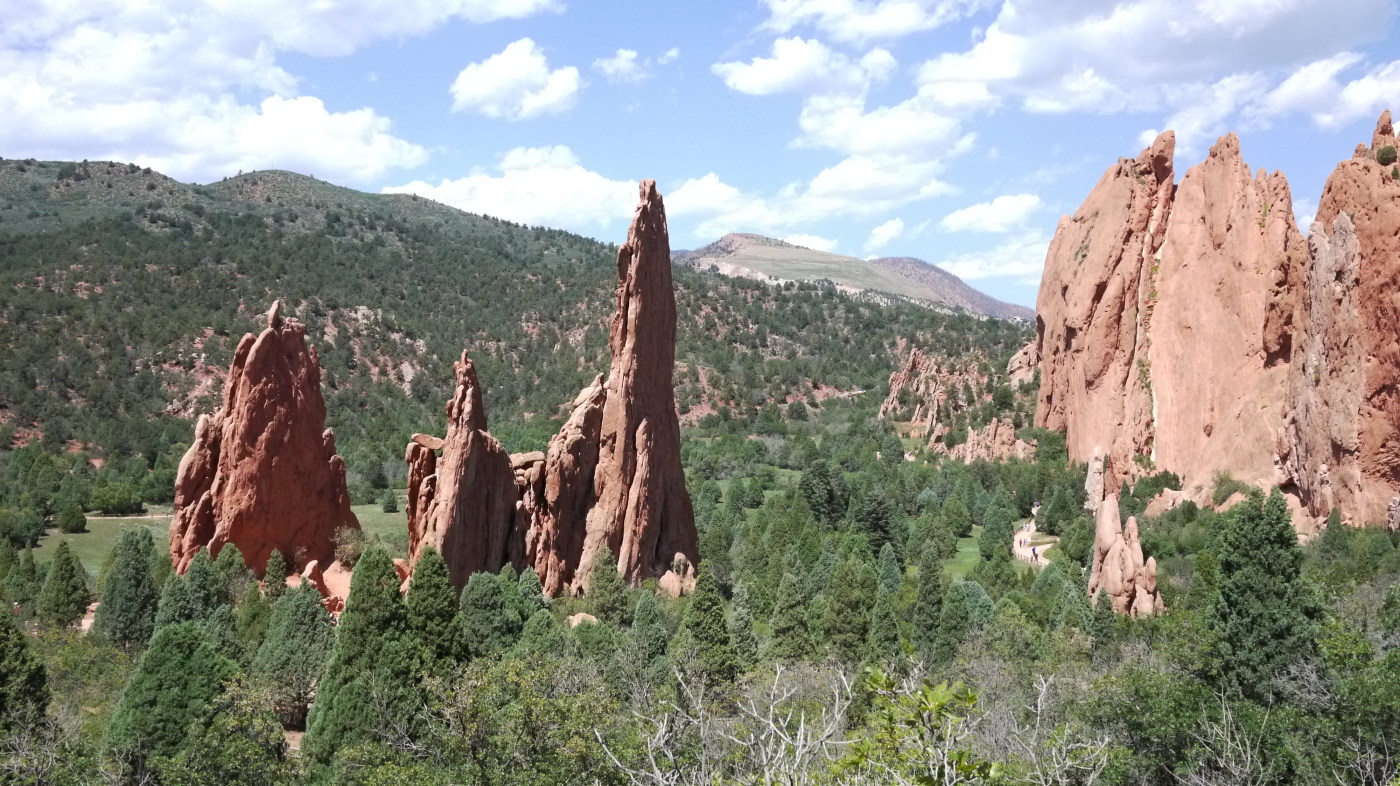 Hopefully these images portray Colorado well and that it entices you all to explore its natural wonders. Happy exploring!