Dzintari Forest Park, Substance SIA, Jurmala, Latvia. Jurmala is a Latvian city situated close to the country’s capital, Riga. It is also one of the largest resorts in the entire Baltic region, well known for its mineral springs and sulphurous and medicinal waters. In an effort to increase the appeal of the city, a program for the reconstruction of Dzintari Forest Park was developed between 2007 and 2010. The program was requested by the Jurmala City Council and was designed by Substance SIA. The architects responsible for the project were Arnis Dimins and Brigita Barbale. The actual building was handled by Taders SIA. The project turned out to be a success, demonstrating that nature can be preserved while creating an active environment for people. 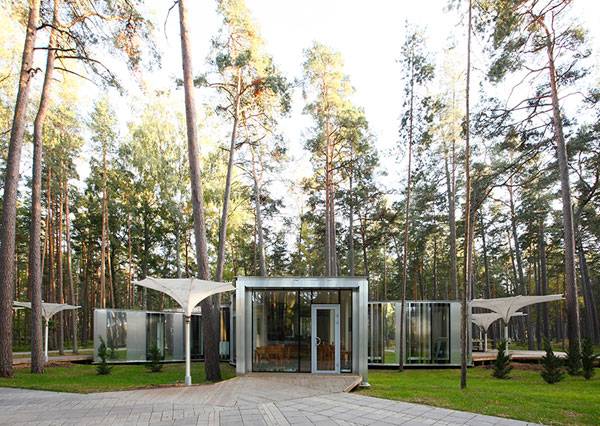 What was the before picture of Dzintari Forest Park like? Dzintari is considered as a neighborhood with a history in Jurmala. It has also been added to the UNESCO World Cultural Heritage list. The Dzintari Forest Park should have been one of the major points of attraction, as it had a unique location. There are not many cities that have 13 hectares of pure nature in their center. The park has an amazing mature pine forest, with trees that have reached the venerable age of 200 years. One can also find protected biotopes of the bilberry bush. 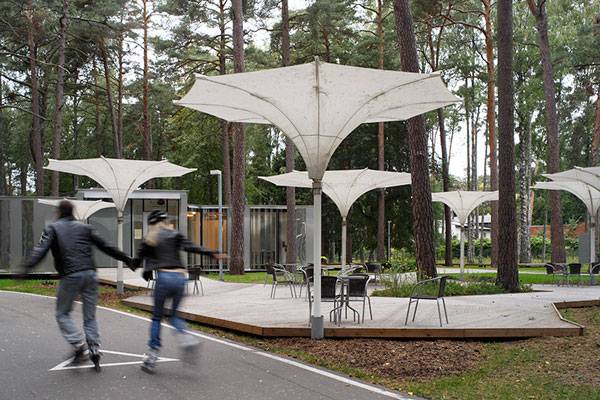 The amazing thing about this place is that it remained nearly unmarked by the passage of time. Even though, it had previously taken on the status of a forest park, no major investments had been made to protect it. The good news was that the forest was untouched by the town’s residents; they were not interested in visiting a park that had only three walking paths. Most of them did not even look around to see what the seaside forest had to offer; they only crossed the forest to get to the beach. 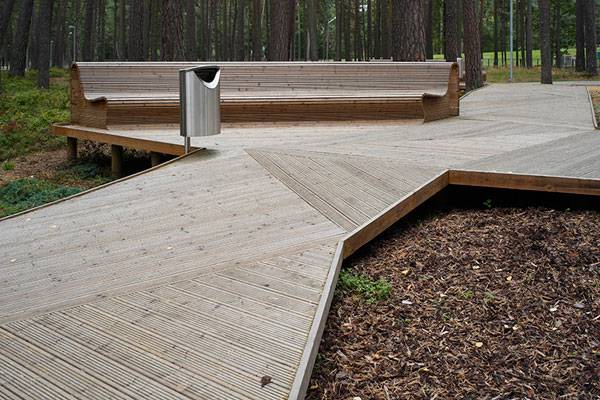 What was the aim of the project? While Dzintari Forest Park remained the same, the environment around it started to change, with more and more public and residential buildings appearing on the map. That meant a lot more people in the area. Landscape architects feared that, without the proper infrastructure, the nature base of the park would be harmed. This is when the decision to reconstruct the park was taken. The aim of the project was related to the need to preserve the integrity of the mature pine forest and the protected bilberry bushes. 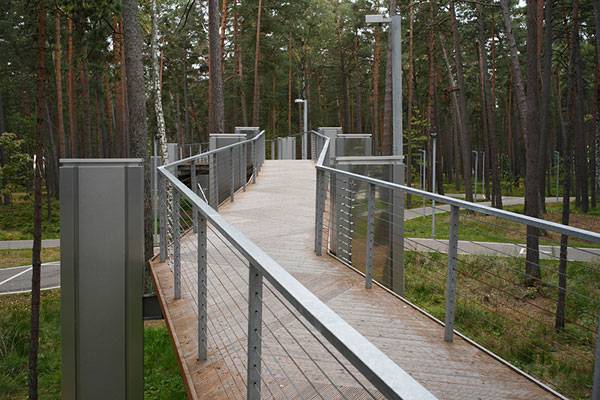 Another goal was to create a space that people could come to and enjoy nature in its purest form. The area needed to be made distinctive from the other parts of the city. How was Dzintari Forest Park reconstructed? Interestingly enough, the idea was to reduce the impact of human activity, even though people would be coming to the park. This is why the infrastructure was carefully designed, with objects that were evenly located and connected by the wooden footpaths. These paths were raised above the ground, guaranteeing the protection of the natural base and increasing the aesthetic appeal at the same time. 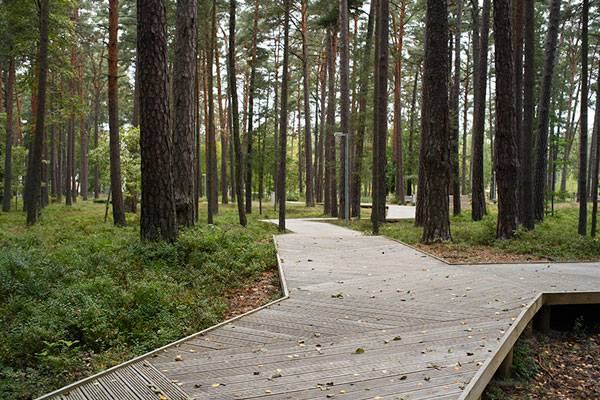 As it was already mentioned, the forest park had some walking paths. These were reconstructed with the aid of cobblestones, an aesthetic improvement. The designers were interested in bringing people of all ages to the newly designed park. This is why they have made an active recreation area, providing an inline skating track as one of the most interesting elements. The project also included the building of a pedestrian bridge constructed out of rope net between the skating area and the pedestrian paths. 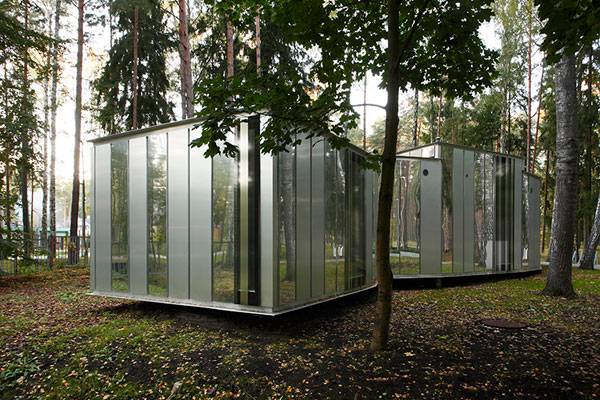 The park’s reconstruction meant the building of new objects, offering plenty of opportunities for physical activity in the outdoors. People who visit this park today can climb ropes, take their children to the slides or the skate park, and play basketball in the specially designed court. There is also a playground for children, a café, and a building where one can rent sports equipment. Everything one would need to enjoy the outdoors is here. Also, modern toilets are found throughout the entire park. 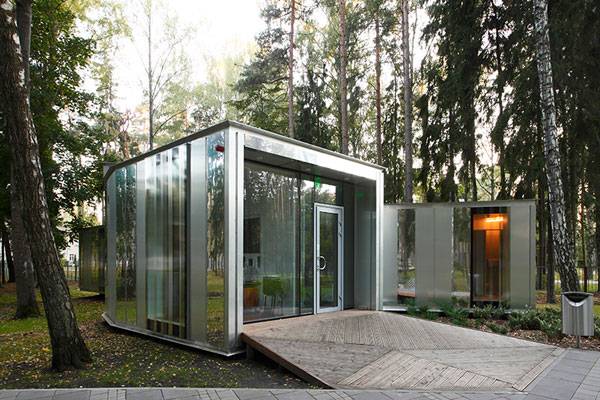 The uniqueness of this reconstruction project can be seen in the usage of the module system for the buildings in the park. These have been compared to the branches or roots of a tree, spreading throughout the entire park. The interesting thing is that the buildings were constructed so as to avoid areas that are protected. Plus, one can easily reach any of the buildings, thanks to the amazing footpath infrastructure. Add to that the inclined glass facades and the composite panels, and you have one amazing project to talk about. It just goes to prove that we can protect nature while being part of it. Recommended reading: