Fallingwater, Frank Lloyd Wright’s celebrated masterpiece located a little over an hour outside of Pittsburgh, is one of the most famous houses in the world. Over five million people have visited the property since it was opened to the public in 1963. I added my name to that list once again when I visited recently for the first time in nearly 20 years. As before, I was not disappointed. If you haven’t been there, you need to go. 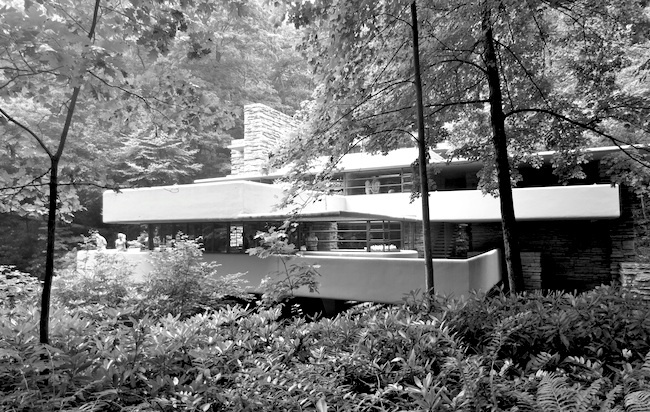 Architects have long considered Wright one of their biggest heroes, and Fallingwater one of their most revered places. We landscape architects have our own list of hallowed sites, including Prospect Park, the Miller Garden, Sea Ranch, Bryant Park, Gas Works Park, and many others. While we typically like to see places designed by other landscape architects, Fallingwater deserves to be high on our list, as well. For as great as the house is, it is the extraordinary relationship between building and site that makes the place so special. 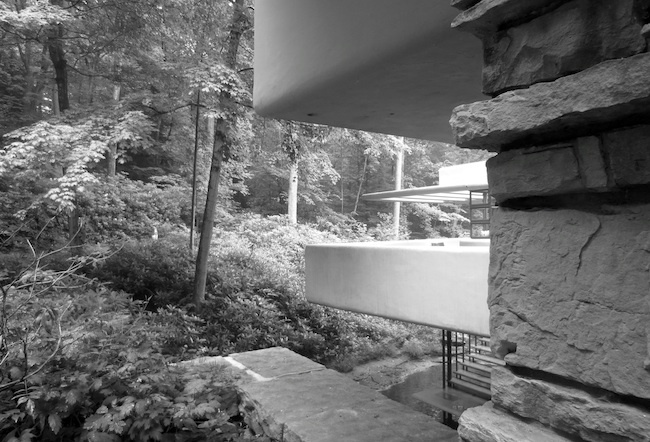 A lot of of Fallingwater’s success can be attributed directly to its setting. Nestled in the lush wooded hills of rural western Pennsylvania along the Bear Run waterway, it is the epitome of picturesque. Wright based his design on his theory of organic architecture, where the design of buildings is directly informed by the qualities of their sites. “No house should ever be on a hill or on anything,” he once said. “It should be of the hill. Belonging to it. Hill and house should live together each the happier for the other.” 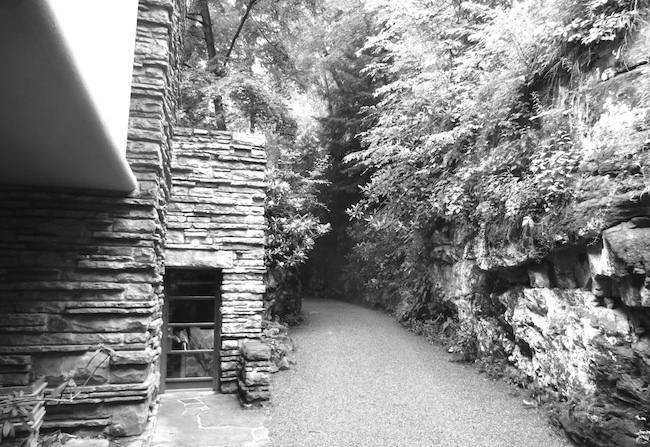 While this way of thinking certainly seems logical to landscape architects, architecture during the 1930s, when Fallingwater was designed and built, was teetering between the “master builder” mentality of the Beaux Arts era and the anti-context mindset of the Modernists. Art Deco was big and architecture was a lot about new materials, technologies, and ego. 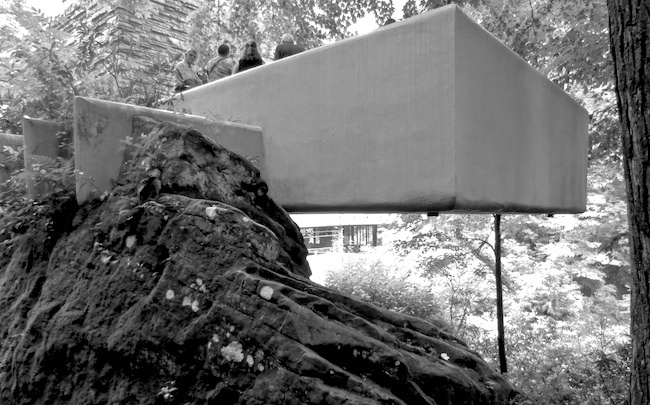 This is not to say that Wright’s famous ego was not involved in Fallingwater. Examples of his megalomania are all over the place inside the house, seen in his overindulgent insistence on self-designed furniture and fabrics. Actually, I could skip the whole house tour entirely, except it does give you access to the wonderful terraces and hits home just how important integration to the site was to the design of the building. Views and access to the outdoors are carefully orchestrated with cleverly designed windows and an ingenious trap door of sorts that leads you directly to the water below. 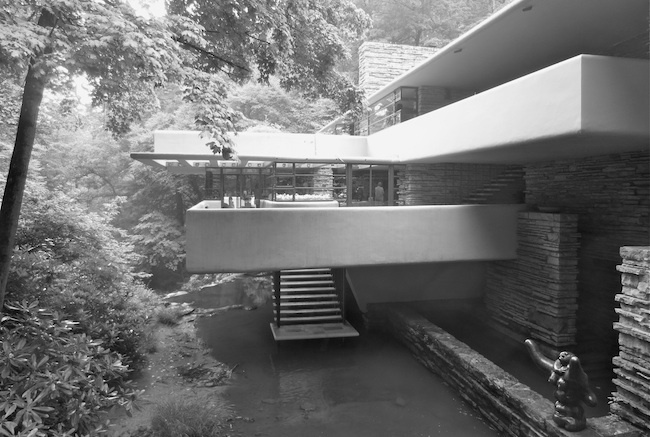 Wright has been both lauded and lambasted for his decision to site the house atop a waterfall – with no direct view to it from the inside. By cantilevering the structure across the falls, he makes it part of the natural world rather than a vehicle for observing it. For me, this works. We’re not talking Niagara here. It is all fairly modest, and by incorporating the noise and movement of the water into the house, it creates a synergy that is essential to the overall design.

There are examples where Wright could have used some advice from a good landscape architect, however. The pool at the guesthouse, for instance, is, at best, awkward. What could – and should – have been a well-integrated feature reflecting either the layered horizontality of the building or the natural flow of water through the site lands blandly in between in the form of a clunky, concrete above-ground pool. It is really bad. Unfortunately, it is on part of tour where you can’t take photos, so you will have to take my word for it or, better yet, see it for yourself.

Even with this, however, it is hard to do anything but applaud his efforts. To be clear, I am not some Frank Lloyd Wright fanatic. In fact, I have been underwhelmed by more of his buildings than I have loved. An obvious exception to this is the Guggenheim Museum in New York City, which, in its own way, responds to the urban context of the Upper East Side of Manhattan in a manner as elegant as Fallingwater’s response to its natural setting. 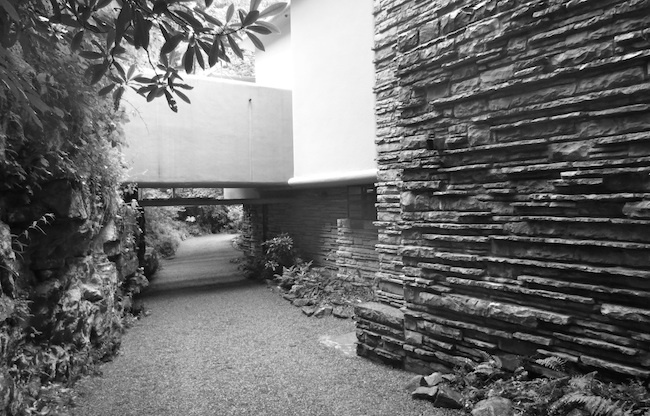 In the end, it should not matter that Fallingwater was the vision of an architect and not a landscape architect. We should all aspire to create places that understand and effectively respond to both the built and the natural. That is, in essence, what landscape architecture is all about – and the more we can make architects see that, all the better.