Dakparken Anton and Gerard at Strijp S, by Buro Lubbers, in Eindhoven, the Netherlands. Buro Lubbers and his multidisciplinary team are beginning to “green” the world by providing opportunities for people to escape the city chaos and relax in idyllic oases. Lubbers applies this principle by approaching each project through analysis, concept, design, and craft, responding to the specific characteristics of a place. The focus is on creating unique landscapes that are both urban and natural, paying considerable attention to details and materials to execute this. One of these landscapes is Dakparken Anton and Gerard in Eindhoven, the Netherlands. 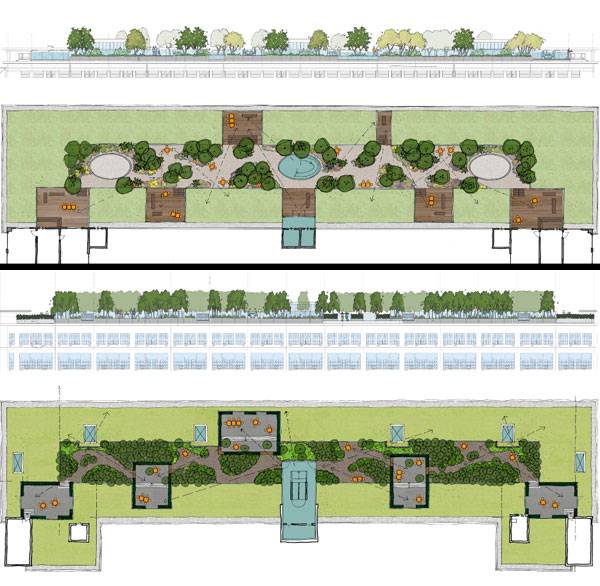 Anton and Gerard are named after the Philips brothers. They are two monumental industrial buildings on the former Philips industrial Strijp-S. In 2000, the Strijp-S was released for development, and the 27 hectares have been transformed into a creative hotspot. 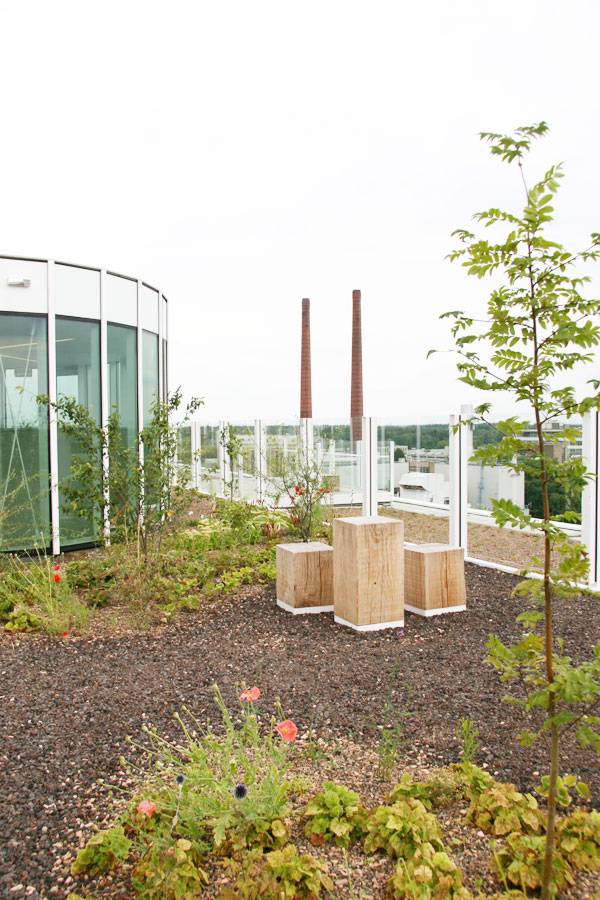 THIS TRANSFORMATION INCLUDED the renovation of Anton and Gerard into trendy, mixed-use residential and workplace environments. With this transformation came the opportunity to develop the rooftops as green open space for the inhabitants, and the idea of a rooftop urban park emerged. Lubbers began the design of two such parks in 2009, and their final completion took place in 2013. They now sit 34 meters above Eindhoven, providing a green park space in the sky with breathtaking views of the city below.

Creating Nature on the Artificial

The concept of the parks was to create an artificial landscape with the most natural appearance. Views were designed to be seen from designated cantilevered platforms, leaving the rest of the parks obscured from the view of the traffic below. Lubbers aimed to create a new type of landscape that was both technological and contemporary, yet natural and organic. 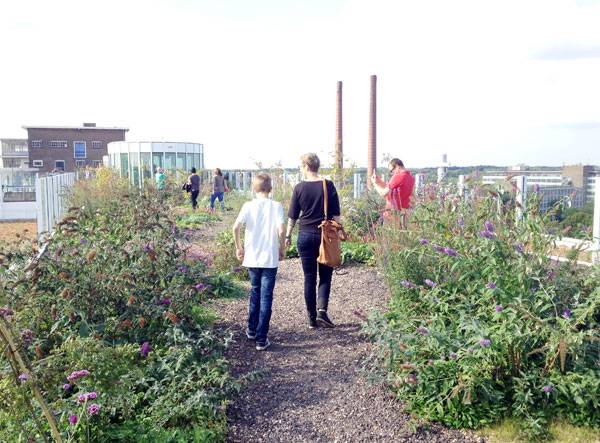 The Intention of Both Parks

Both parks were designed to combine pioneer planting with meandering paths and terraces, creating green, shaded, and sheltered “outdoor rooms” as well as open and sunny “plateaus”. Benches and tables were designed in contemporary and robust materials, providing places to sit and read in the quiet or to admire the view with friends over a glass of wine. See More Great Articles on Roof Top Parks and Gardens: 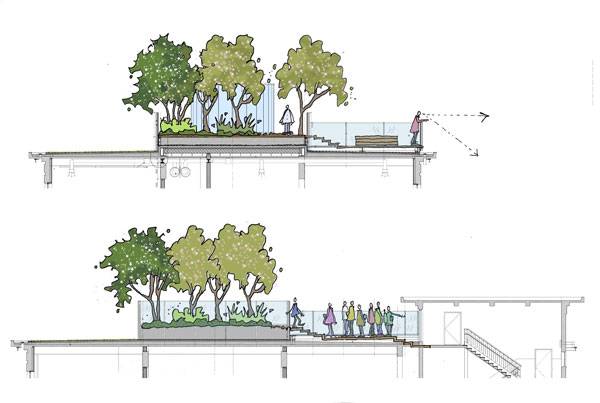 Contrast Between Technology and Nature

Lubbers aimed to integrate the architecture and structural components with each rooftop garden, yet managed to hide all artificial elements to maintain the natural feel. This involved understanding the limiting factors, such as structural capacity, while providing important functional requirements such as irrigation, drainage, and growing space. The buildings were originally designed to receive additional floors, which meant that they could structurally handle a roof garden. 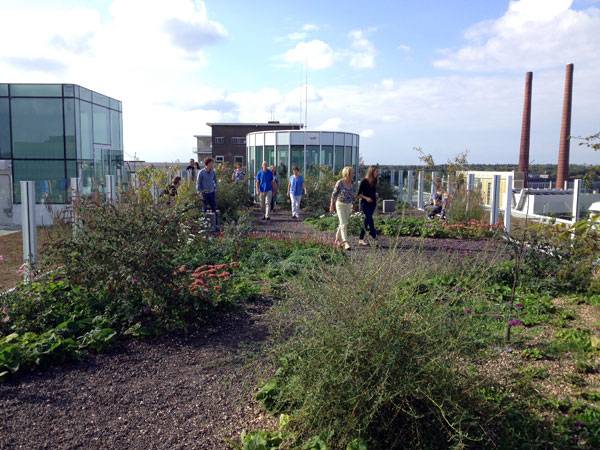 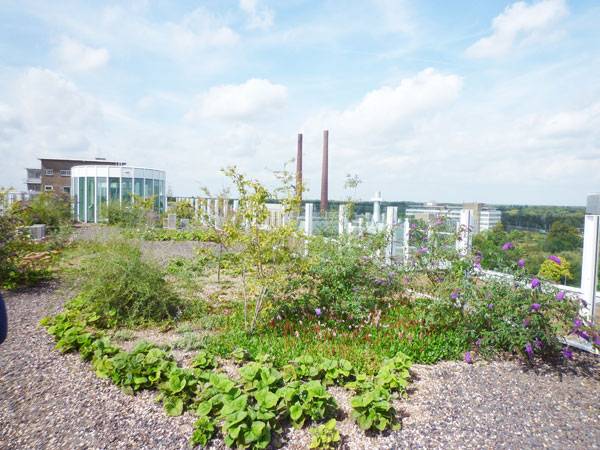 LUBBERS WANTED TO ENSURE that his design withstood the harsh rooftop environment, and thus the growing medium and plants were designed for a 15-year lifespan. This durability involved the use of a long-lasting drainage layer made up of a double-layered, 60mm-thick drainage mat that was glued to the roof surface. Planting substrate was designed on top of the mat to accommodate a range of plant types, and varies from 90mm to 600mm. All other components — such as irrigation, planting trays, and drainage channels — were integrated into the design and hidden from view. 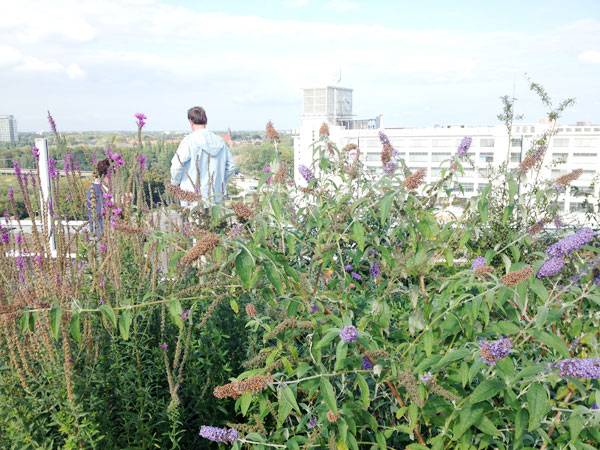 The buildings Anton and Gerard take after their namesakes, as each renovation was designed differently but at the same time are part of the same family. Their roof gardens were thus designed to respond to the buildings’ individual architecture in materials and colors while maintaining a similar layout and expression. The roof garden on Gerard is characterized by CorTen steel and birch trees, while Anton is mainly timber and flowering plants. THE DESIGN OF THE ROOF GARDEN ON GERARD is based on a long planter in the middle of the roof filled with birches planted in 500mm substrate. Among the birches are ferns, creeping juniper, honeysuckle, and star hyacinths, creating a natural, yet graphic aesthetic. The open terraces are surrounded by evergreen holly hedges, and the cantilevered terraces contrast with the natural-looking forest through the use of CorTen steel. Intimate seating between the birches and terraces provides quiet spaces with unobstructed views of the city. 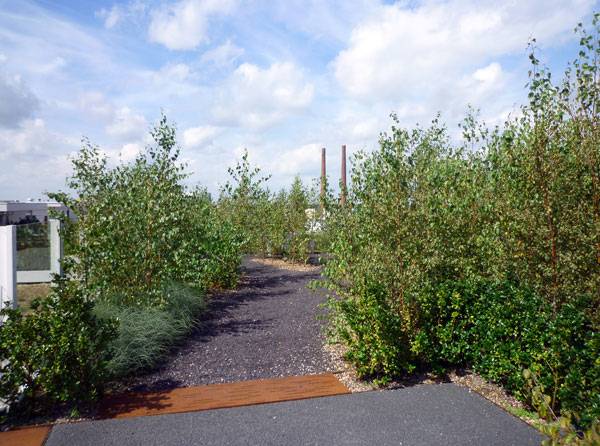 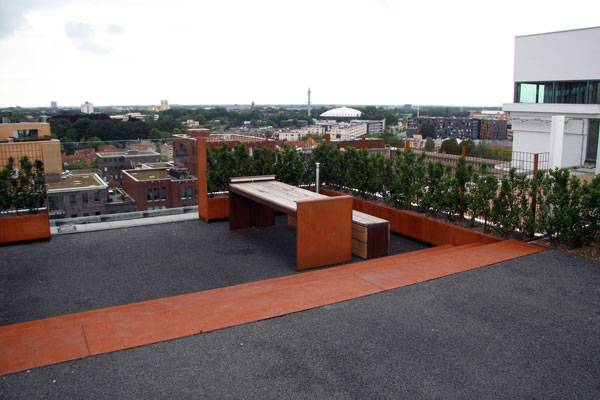 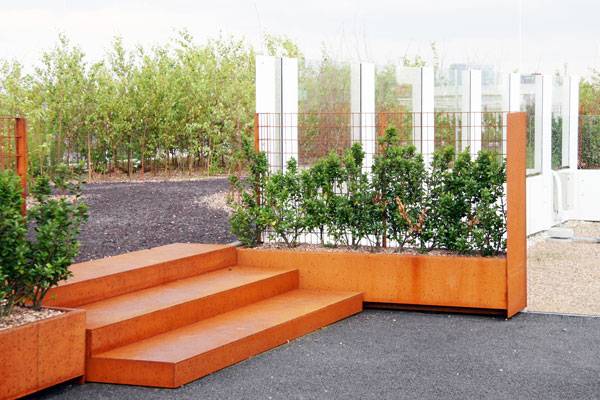 THE ARCHITECTURE OF ANTON is loose in structure; the presence of an oval, glass building on the roof called for more gentle design approach. Here, Lubbers planted flowering trees and shrubs in the central long box, creating a softer appearance that changes from season to season. Outside of the flowering garden is a lush, green, moss sedum roof. The result is a unique natural atmosphere filled with fragrances and colors that not only attracts birds and butterflies, but creates an inviting space for people to gather. Like Gerard, the pathways are made up of granulate, which creates a pleasant contrast with the sleek, timber terraces. 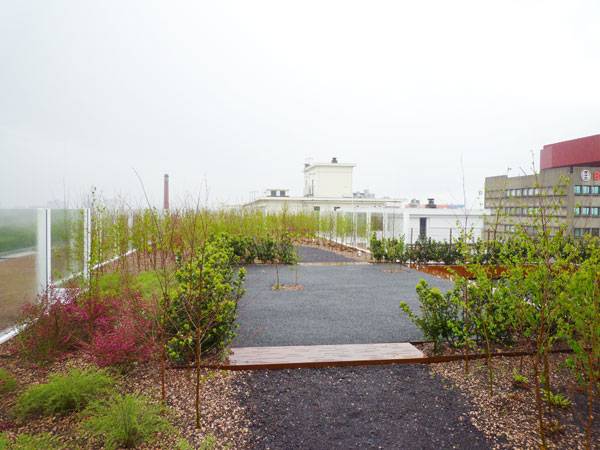 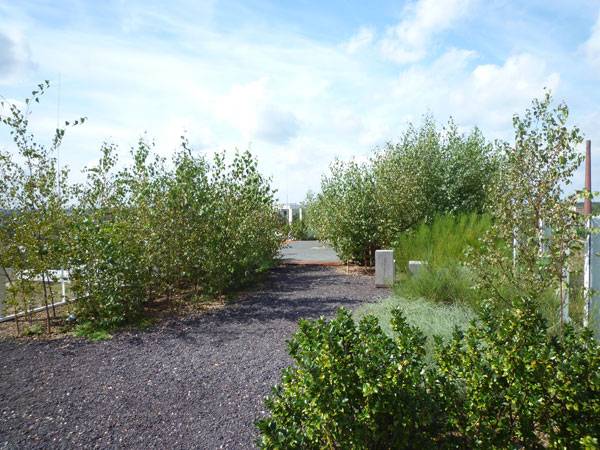 A Blend of Styles

The project is not only a successful urban space, but is an example of how landscape architecture can combine the natural and the artificial. Lubbers has managed to create a landscape in the sky that is both high-tech and contemporary, yet organic and beautiful. 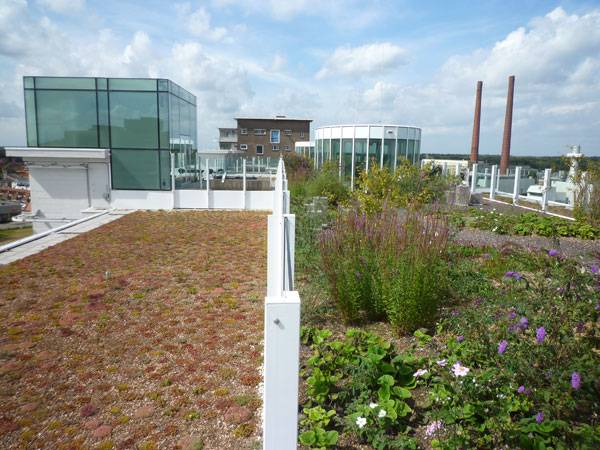 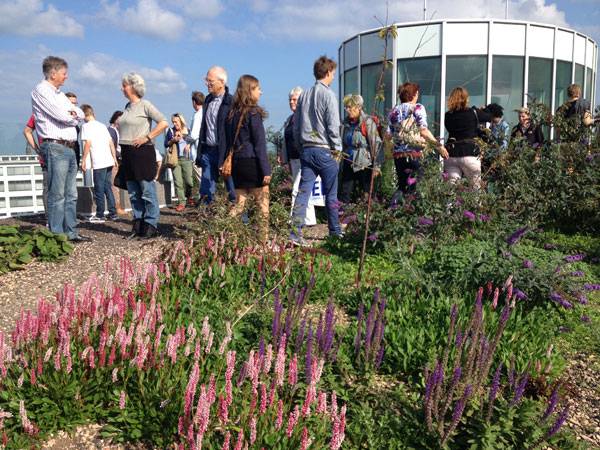