The New St. Petersburg Zoo by TN Plus & Beckmann N’Thépé Architects in St. Petersburg, Russia.  Located in the heart of Alexander Park in St. Petersburg, Russia, the Leningrad Zoo was founded on Aug. 1, 1865. According to the Saint Petersburg Commune, the Leningrad Zoo is the oldest zoo in Russia and the second-largest zoo, after the Moscow Zoo. Currently, the zoo holds approximately 600 species of mammals, birds, fish, and invertebrates from various parts of the world, according to the Leningrad Zoo, and, like most others zoos around the globe, suffers from lack of space. In 2010, the city decided to relocate the zoo and organized an international competition for the new Primorskiy Zoological Park. The winning project was designed by a team formed by Bruno Tanant and Jean Christophe Nani of the landscape design firm TN PLUS, with Aldric Beckmann and Françoise N’Thépé of the architecture firm Beckmann N’Thépé. These architects created a fascinating project concept based on the primitive continent of Pangea. 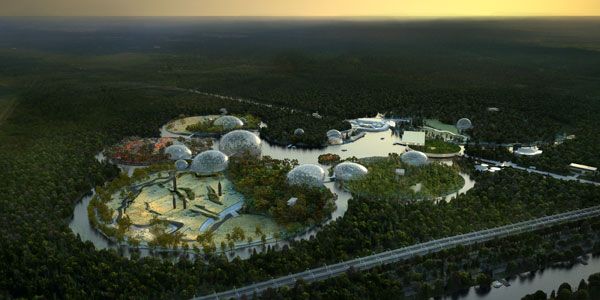 Pangea was the supercontinent that existed more than a million years ago. The concept embraced by TN Plus & Beckmann N’Thépé consists of reuniting the Pangea. Using water on the site, the team created six circular islands: South East Asia, Africa, Australia, South America, North America, and Eurasia, representing the pieces of the Pangea. The idea was to introduce, on each of these islands, ecological samples and native animals of each continent. 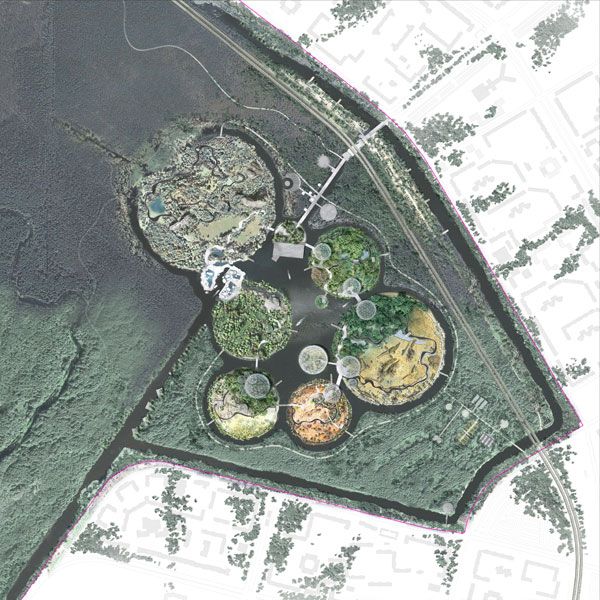 Connecting Islands Through Bridges Following the main idea of the project of the Pangea reunion, the architects connected all six islands by bridges, forming one huge park. Additionally, the North America and Eurasia islands were linked using a pack of “ice” from the Artic Pole. Moreover, since the area of the new zoo is very large and composed of islands that needed to be interconnected, the project relied on different means of transportation, such as pedestrian walkways and boats. 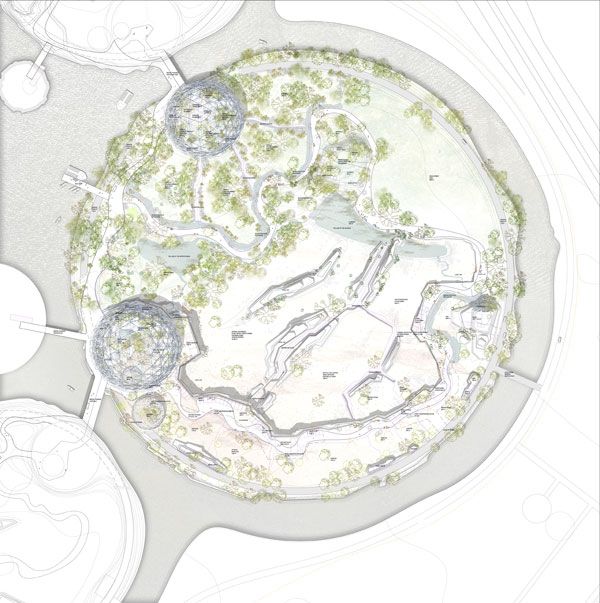 Boat Transportation Boat transportation also connects the zoo to the center of St. Petersburg. All of these different transportation alternatives not only connect every island and the city with the zoo, but also integrate the entire project, making the environment more genuine for both humans and animals. 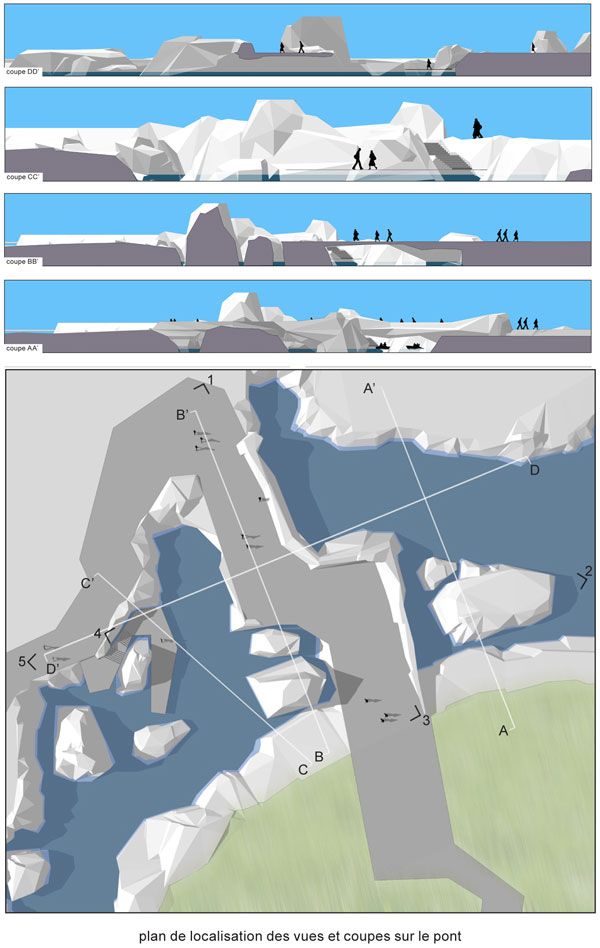 Sanctum for Biodiversity The dimension of the site allows the zoological park to be a substantial sanctum for biodiversity. Unlike most zoos, the Primorskiy Park will support large animal species in adequate conditions considering the space and the wildlife environment. All of these concepts were designed by the architects to be as natural as possible. It is worth noting in the design drawings the existing well-balanced relationship between man and nature. Indeed, it is very apparent that TN Plus & Beckmann N’Thépé designed the Primorskiy Zoological Park with a green consciousness, respecting the environment. 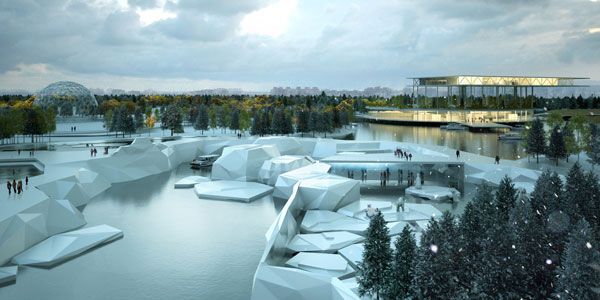 Providing Shelter for Tropical Animals and Plants Concerned about the adaptability of species that may not be suited to the region’s winter weather, the architects designed several greenhouses that follow the circular shape of the islands. These greenhouses will be made out of a pattern of intersecting circles of steel and covered with an ultralight material called Ethylene Tetra Fluoro Ethylene, or ETFE, providing shelter for tropical animals and plants species by maintaining the appropriate climate needed for survival. 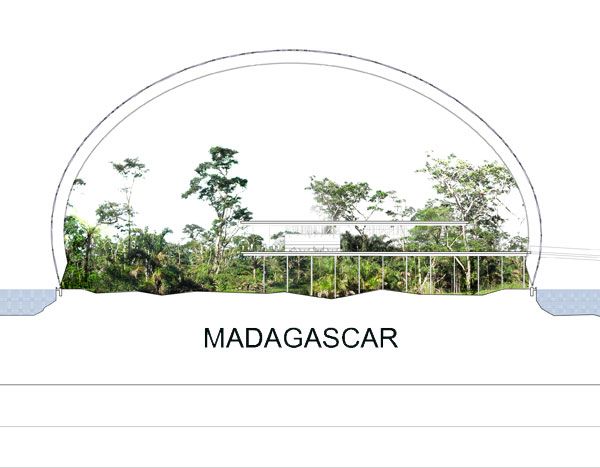 Future Considerations There is not much information related to the greenhouse functions and use of renewable energy or other sustainable solution; however, taking into consideration the designers’ respect for the environment, it is not a surprise to anticipate that such solutions will be considered at some point in the design or implementation phases of the project. 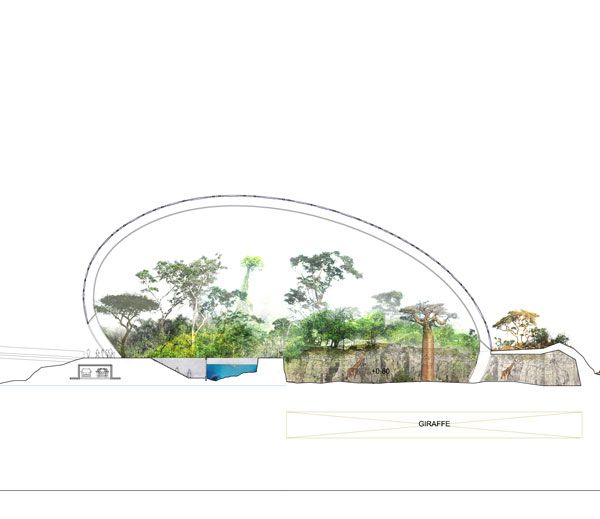 One of the proposed structures at St. Petersburg Zoo. Image originally from TNplus. Modified by SDR to suit publication.

Avoiding the Cruel Stereotype of a Zoo In fact, TN Plus & Beckmann N’Thépé, with this project, avoided the cruel stereotype of a zoo, promising a change in the zoo design style. Initially, Primorskiy Park was planned to be completed by 2014, but, unfortunately, the project was suspended due to the opposition of a part of the Russia Municipality regarding the project implementation site. Despite the possible site change, it is a project that we must follow closely, as its new concepts and ideas might revolutionize how zoos are designed and influence a new generation of zoo designers. Certainly, projects like these help to construct a better, environmentally friendly world by respecting and preserving nature and by creating an educational facility for us to learn more about our wildlife and biodiversity. 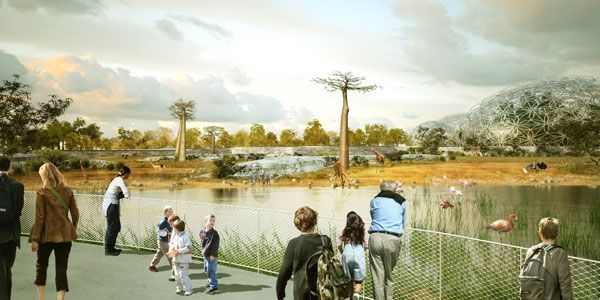