Friday, 24th of August started very early for me. I had to venture on a 3,5 hour long car journey  to visit one of the most important green industry events in Poland – the exhibition, “Green is Life”, which takes place annually in Warsaw, Poland. This year I went to see the jubilee, 20th edition of the event. The exhibition is organised by two prominent bodies involved with horticulture and landscape architecture: The Polish Nurseryman Association and Agencja Promocji Zieleni (Agency for Greenery Promotion). It claims to be the most important industry exhibition in Central – Eastern Europe. This year, it was held within the Warsaw International Expo Centre XXI. It also included an outside exhibition area with show gardens and plant fair. Altogether, it covered an area of around 13 000 m2. The event attracted nearly 300 exhibitors from 13 countries. Overall, the variety and quality of presented material was high. The stands were pleasantly arranged and eye-catching. On Saturday, the fair was honoured by a visit of a special guest of the “Landscape Architect’s Day” Seminar – the famous John Brooks, British garden designer and the author of several iconic books. 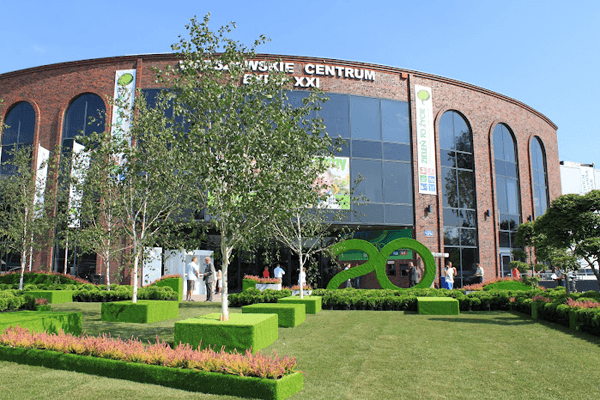 From a landscape architect’s point of view though, the exhibition was not as impressive as I was hoping for it to be. None of the technology for green areas was really innovative. The plants that won The Novelty Plants Competition were just the improved versions of the existing varieties, apart from a beautiful, frost tolerant Hibiscus ‘Midnight Marvel’. While the plant exhibition was full of beautiful shrubs, trees and perennials, it was not enough to make the event special. A few of the nurseries presented large specimen tree species for use in landscape design. I was glad to see several species becoming more and more available in Poland. I particularly liked one of the German providers – H.LORBERG BAUMSCHULERZEUGNISSE GmbH & Co.KG, which presented amazing large trees in hall 4. 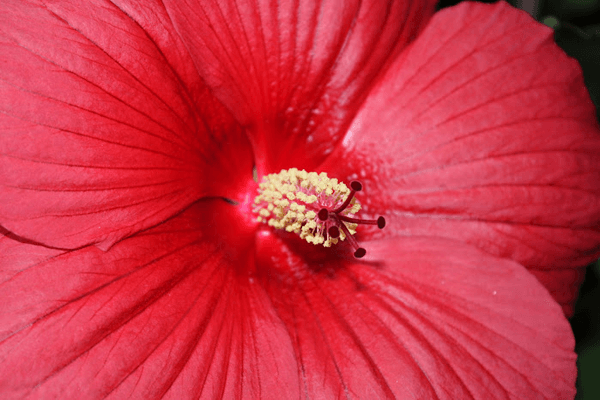 I also enjoyed one of the stalls in the outside area, where CHRONOS – KAMIENNE DEKORACJE OGRODÓW presented its beautiful fountains, suitable for large gardens and parks. Their modern form, noble material and simple design brought an eagerly awaited break from the hitherto prevailing, ludicrous fake antique models. 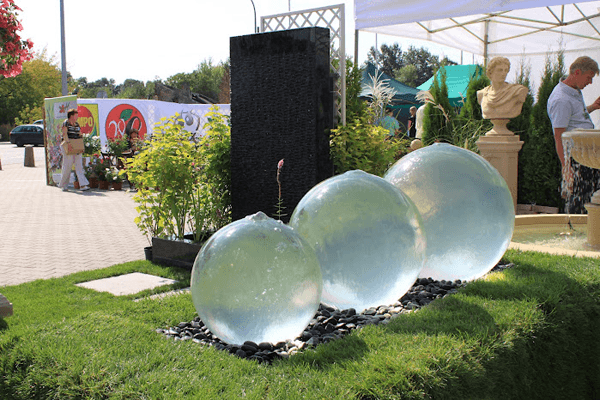 The show garden, constructed by Palmett Markowe Ogrody S.C. and situated right outside the main entrance, was simply disappointing. It was quite a simple design consisting of a lawn, several three – dimensional “waves” filled with heather, some spherical Thuja plants in containers and green boxes serving as seats. Each of the boxes supported a birch tree, growing from its middle. The design itself was well thought out, unfortunately, its execution was not. The plant containers were crude, black and clearly visible, but worst of all, the 3D elements – boxes, waves and the “20” sign were covered with fake grass. The whole set-up gave the impression of something that was prepared at the very last moment. 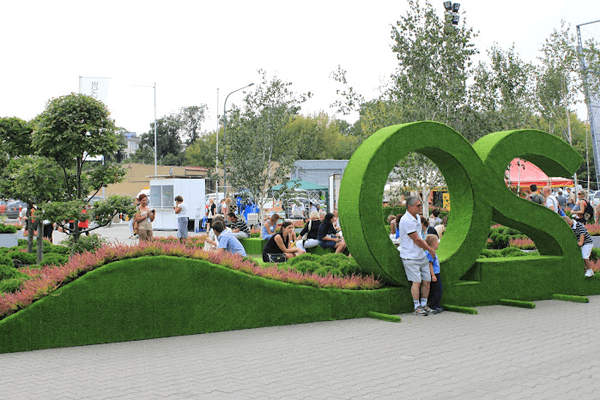 To sum up the long day at the “Green is Life” exhibition I must say that my appetite for a Polish SPOGA+GAFA (International Garden Fair Trade Show) fair is still insatiable and the show garden element is definitely not of the Chelsea Flower Show standard. I do think we will get there someday, but at the moment we still have a long way to go. I will continue to follow Polish developments in this area with the highest interest. 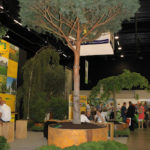 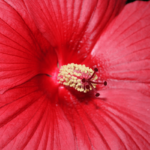 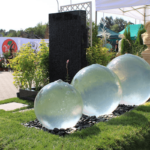 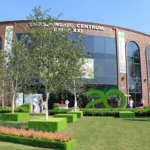 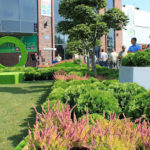 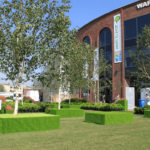 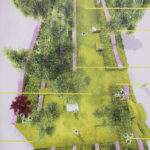 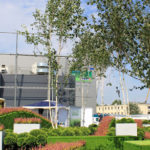 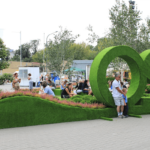 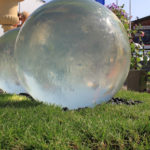 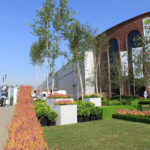