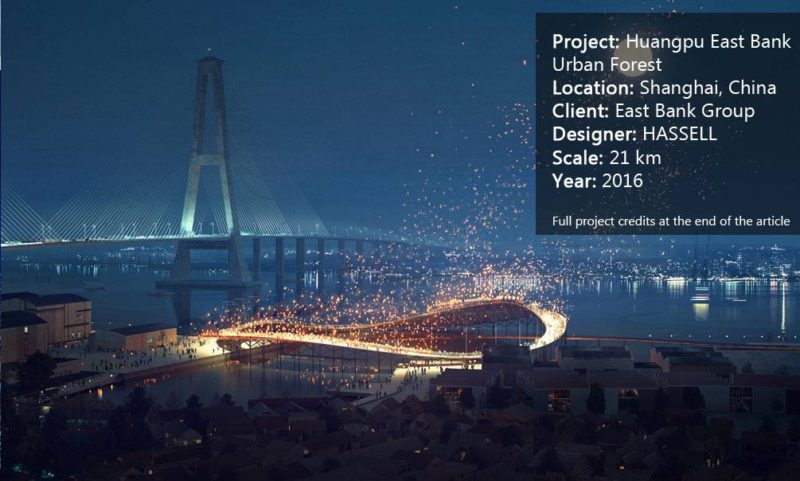 Article by Rose Buchanan Huangpu East Bank Urban Forest, design for the Shanghai Waterfront Design Competition, by HASSELL Studio in Shanghai, China Design competitions are often risky things for companies to take on. They involve a large amount of unpaid resources, tight deadlines, and design processes that forgo the useful stages of work input. One might argue then that competitions are simply not worth the time, effort, and money. This may be true, but within that tiresome work often emerges some of the most brilliant and groundbreaking ideas. Without the usual restraint of client demands and budget, designers have the freedom to think laterally, solving numerous small- and large-scale design problems. The world of landscape architect has particularly benefited from design competitions, and many of the greatest projects have been the result of this approach. WATCH >>> Huangpu East Bank Urban Forest

Recently, a competition was held to re-design 21 kilometers of the East Bund area next to the Huangpu River in Shanghai, China. The brief for this project was to unlock the potential of the riverfront land while providing Shanghai with a new city identity, symbolizing the creation of a contemporary world city. 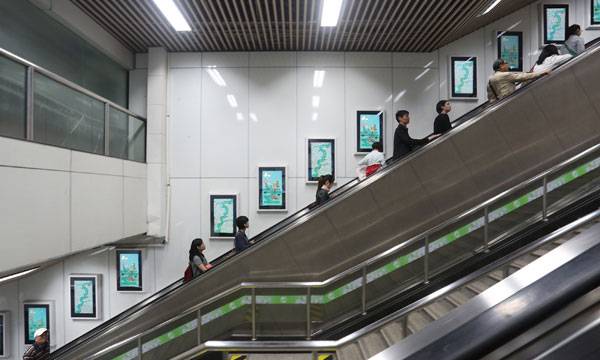 In May 2016, five finalists were shortlisted: HASSELL Studio (in collaboration with TTT Architects), West 8, KCAP, Terrain Studio, and Agence Ter. We were particularly delighted with the proposal by HASSELL, and have decided to give you a sneak peek at their powerful proposal. 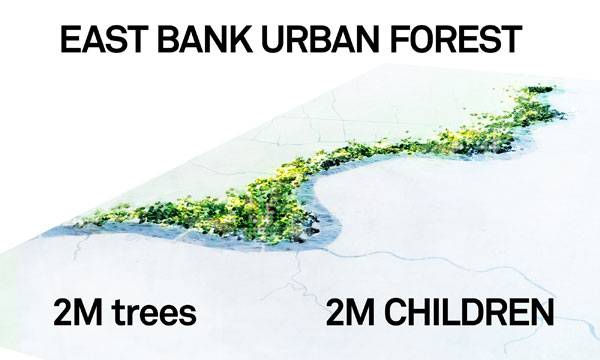 The East Bund district lies in the New Pudong area of Shanghai and includes the former site of the World Expo of 2010. The area is currently congested with ferry docks, commercial buildings, a cement plant, and construction sites. At the moment, only 45 percent of the river edge is open to the public, with very little continuity or sense of public space. With this in mind, the government of Shanghai launched a competition with the aim to open up the whole river bank by the end of next year and to complete portions of a new “promenade” by the end of 2018. 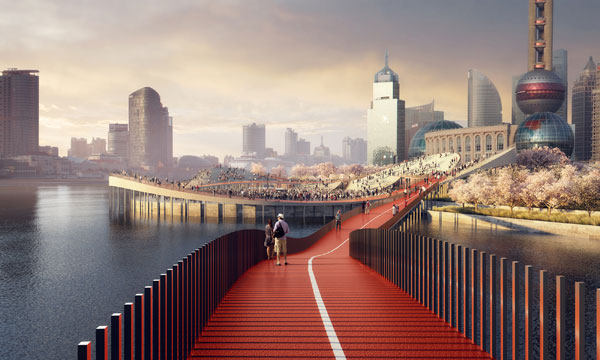 Creating an Urban Forest HASSELL approached the competition brief with a simple concept: to create an urban forest along the river’s edge. The designers envisioned this forest as a continuous woodland, creating new green public space that would transform the city’s identity. This space would expand the city’s green space by 25 percent, improving air quality and energy efficiency while creating new places to gather and actively enjoy the outdoors. 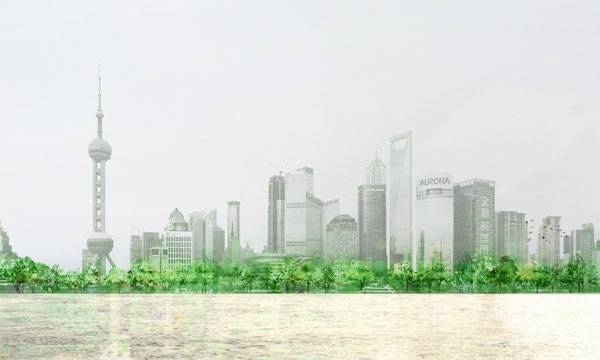 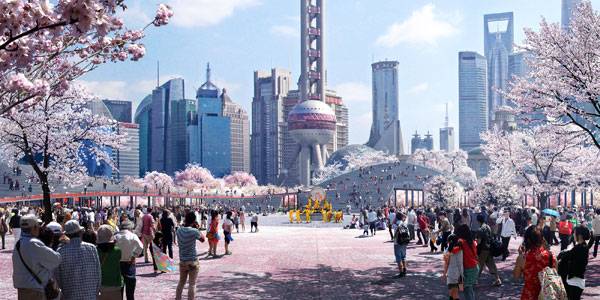 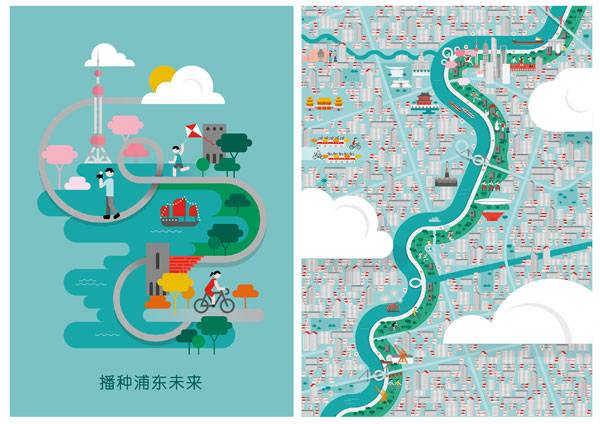 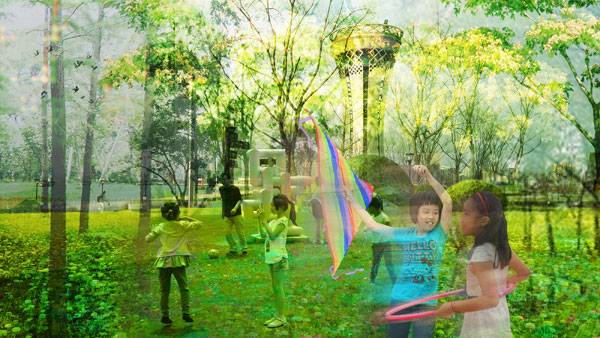 Breaking Through and Removing Barriers One of the greatest difficulties of the project will be overcoming the many existing barriers, such as waterways, ferry terminals, and industrial sites. Ingenious solutions such as flamboyant walkways that extend into the river were proposed in order to maintain the continuous promenade and create a unique identity for the space. 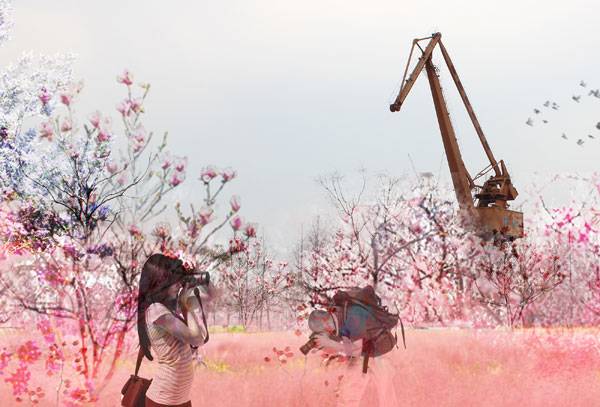 Public Space and Continuous Movement The proposal for the promenade includes continuous walking and cycling pathways winding along the riverside and forest for the entire 21-kilometer length. Furthermore, a system of walking loops are proposed to engage with the various activities and places along the route, while creating a heightened riverside experience. HASSELL also envisions the inclusion of a sequence of play markers, which would create unity within the design while guiding people through the landscape. 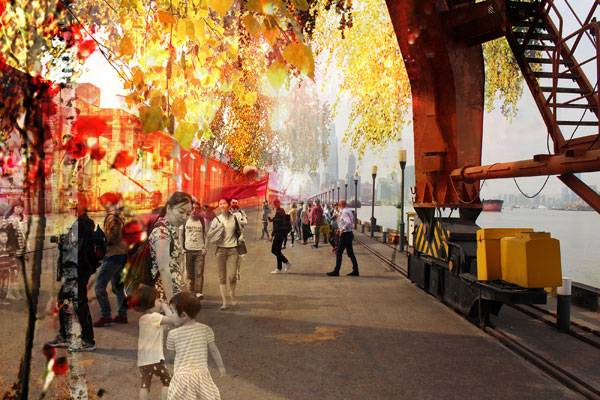 Powerful Imagery What makes a competition entry stand out is often the manner in which it is presented. HASSELL’s entry is no exception to this rule, and the powerful images portrayed in the studio’s presentation embody a sense of community and delight within a beautiful, natural setting. Their proposal contains a sense of defined unity while instilling in us the vision for a space where man, nature, and the city can all prosper. We’re very excited and cannot wait to see the winning scheme! 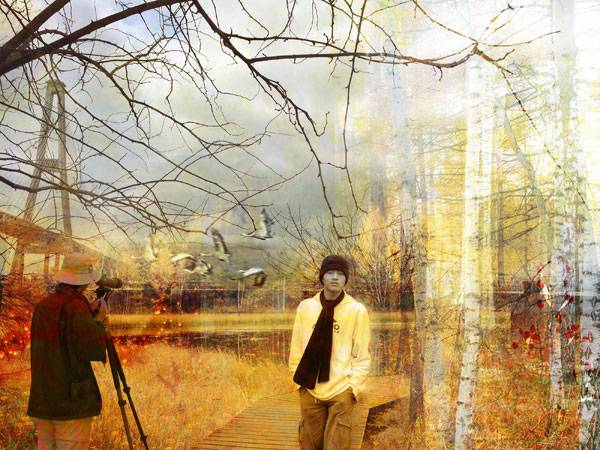