Montreal-based landscape architecture firm Claude Cormier Associés is one of the hottest practicing firms today. Winner of multiple design awards, this internationally recognized practice is famous for celebrating the manmade nature and purposeful abstraction of the landscape–a notable evolution from the naturalistic styles of Frederick Law Olmsted. This year, the firm also led a special “Inside the LA Studio” session at the ASLA 2013 Conference, where they expounded on their design philosophies and approach to landscape architecture.

According to Claude Cormier Associés, if “landscapes are constructed…they should look the part.” The firm’s playful and bold designs seek to spark strong reactions and new relationships between people and place. In the session, founder Claude Cormier and associates Sophie Beaudoin and Marc Hallé shared  fifteen core ideas that guide their work as well as the importance of the 3 ‘P’s. 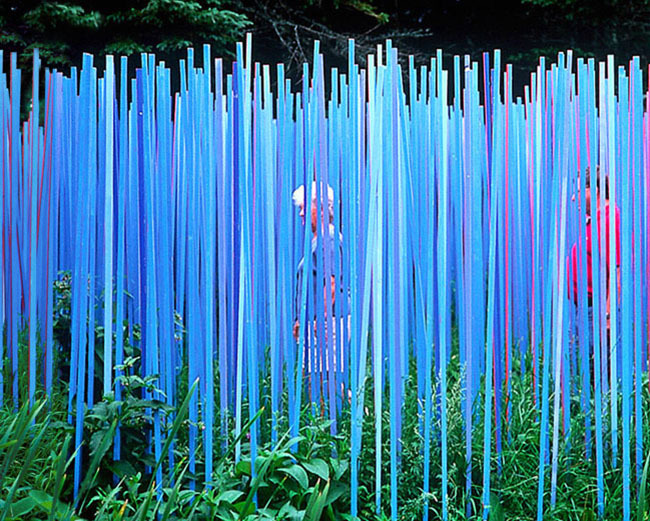 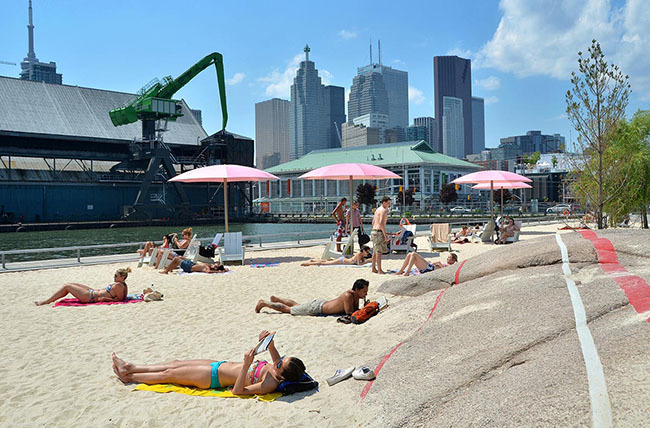 2)  Be motivated by DESIRE, not by fear. 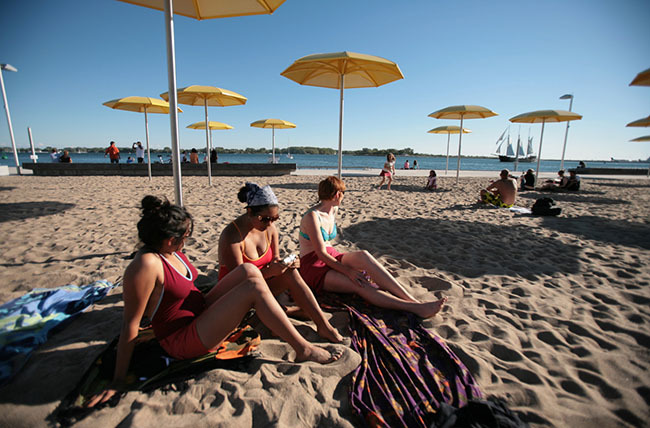 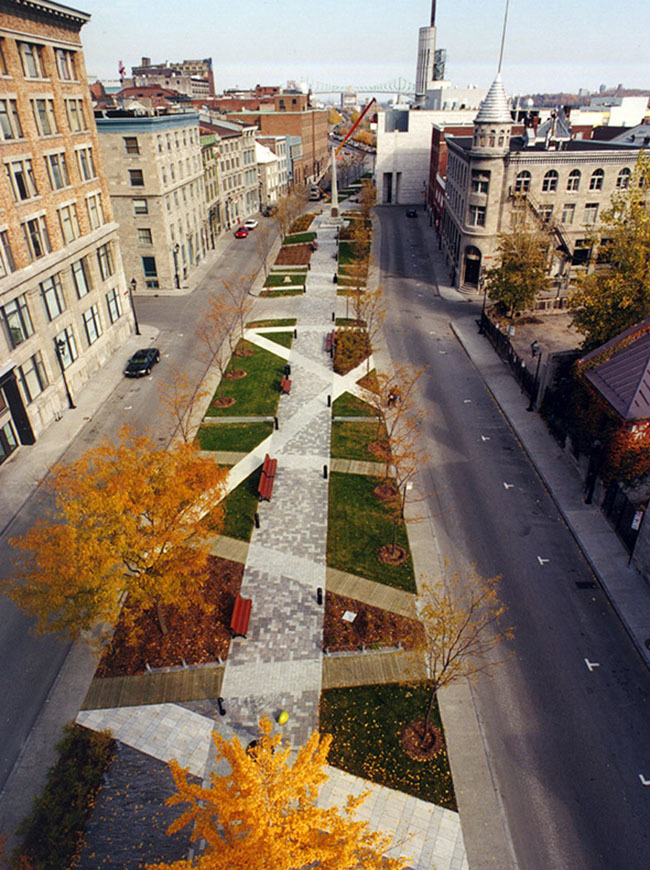 4)  Ideas should be strategic, flexible, and 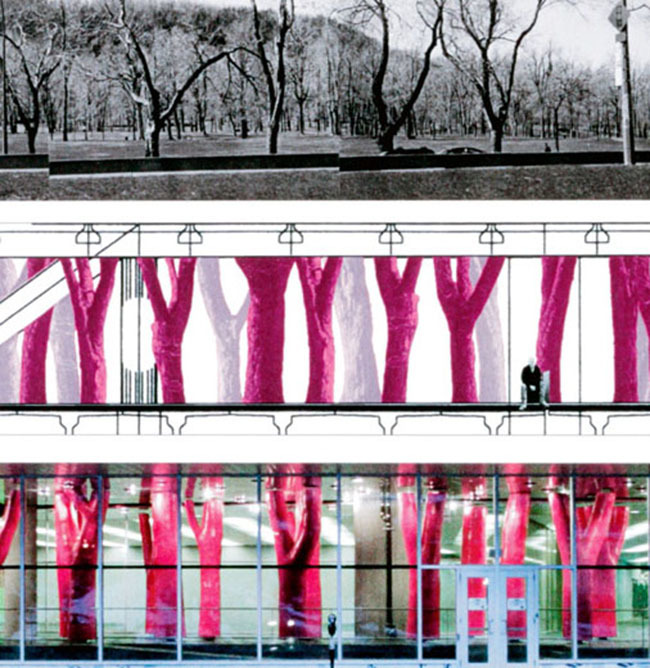 5)  Artificial but not fake. 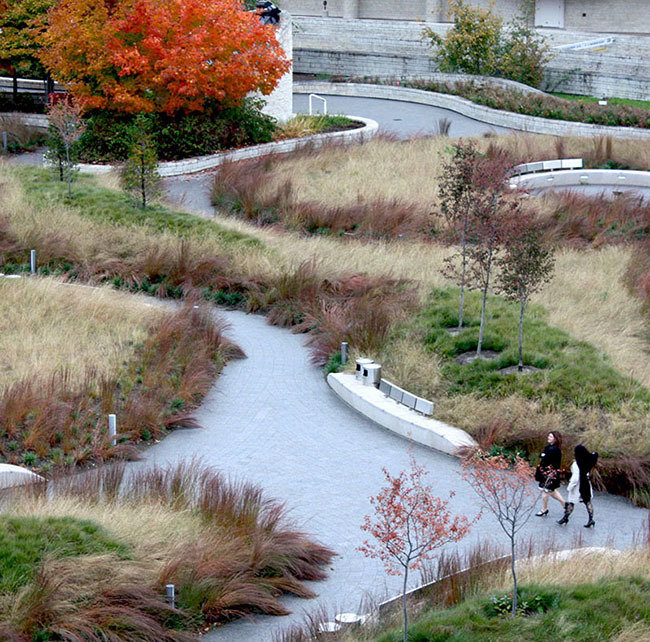 6)  Be complex, not complicated. 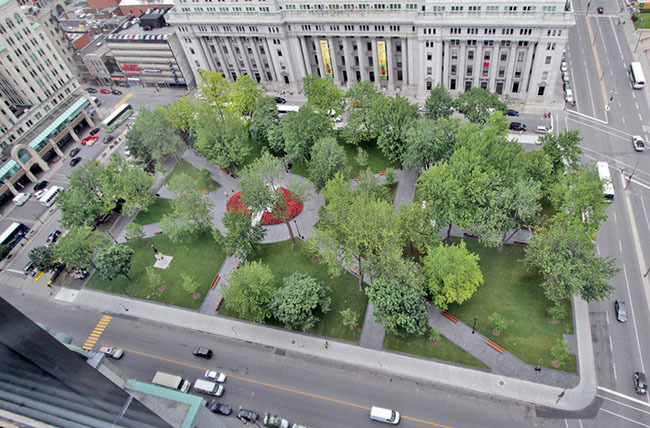 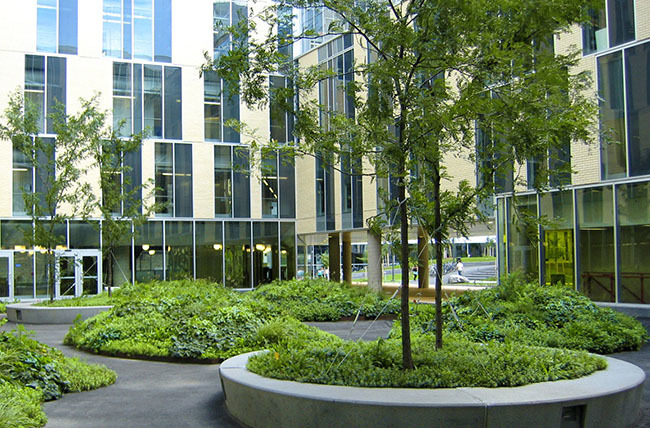 8)  Don’t do everything in one project. 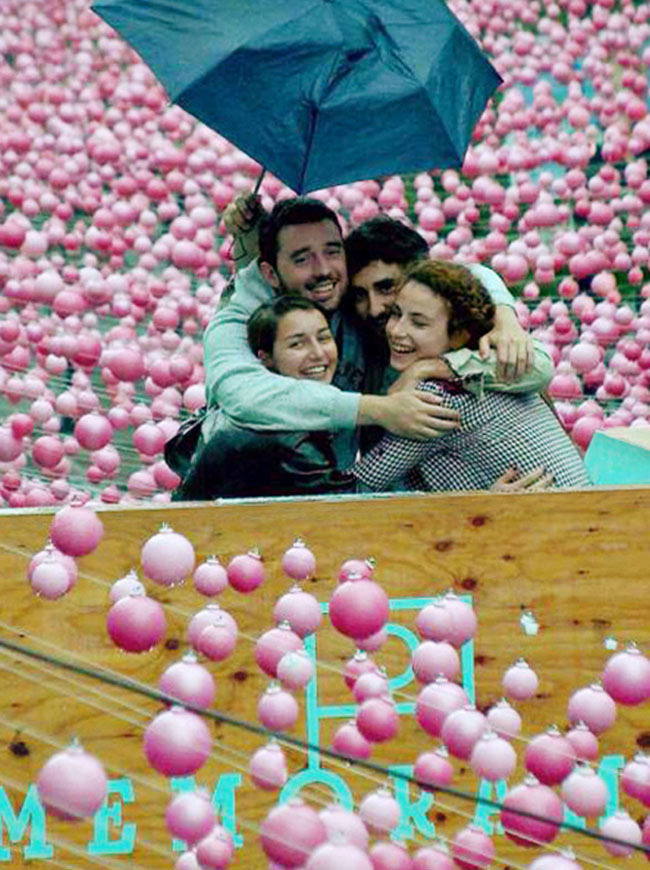 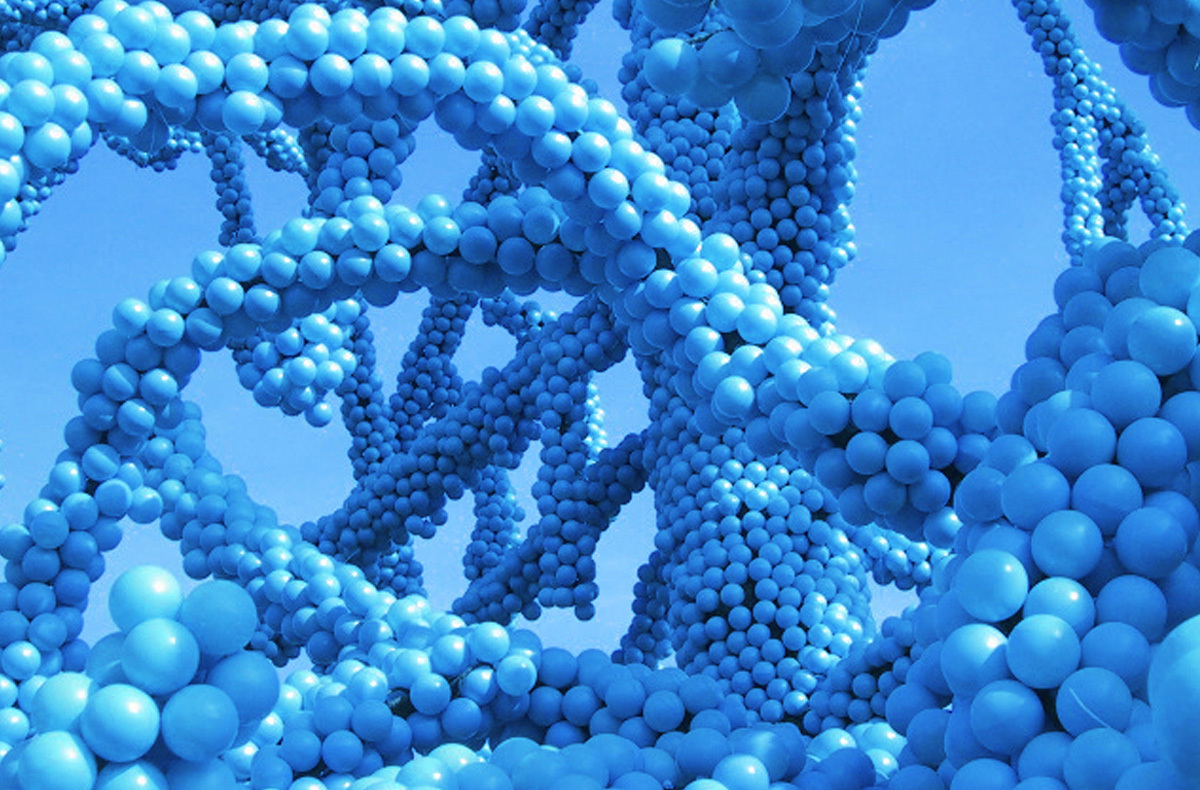 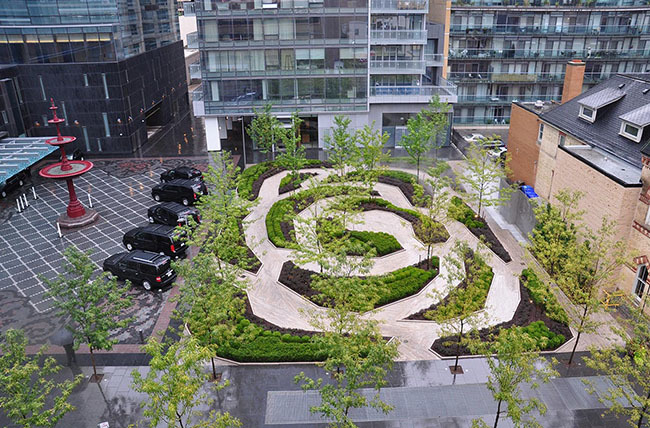 11)  Landscape is autonomous and NOT an extension of architecture. 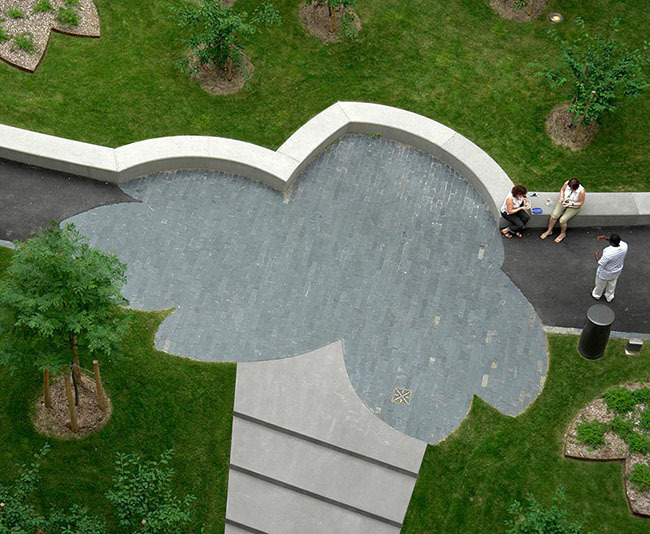 12)  Landscapes are for people. 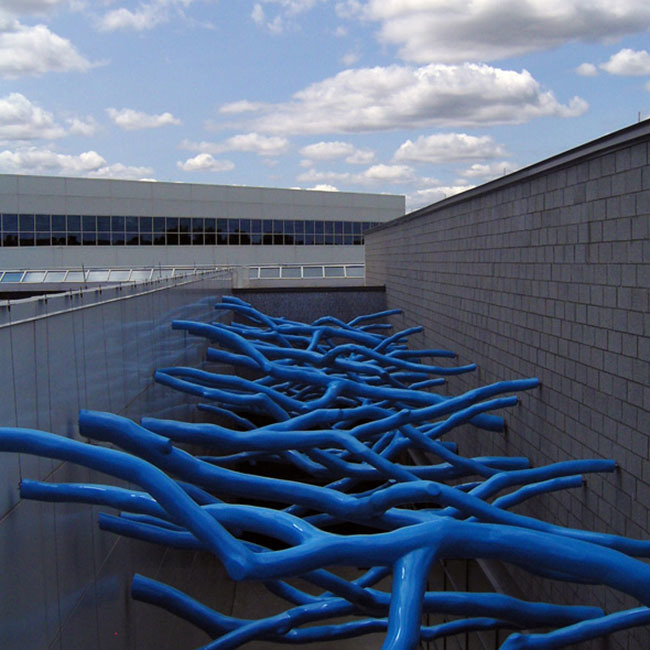 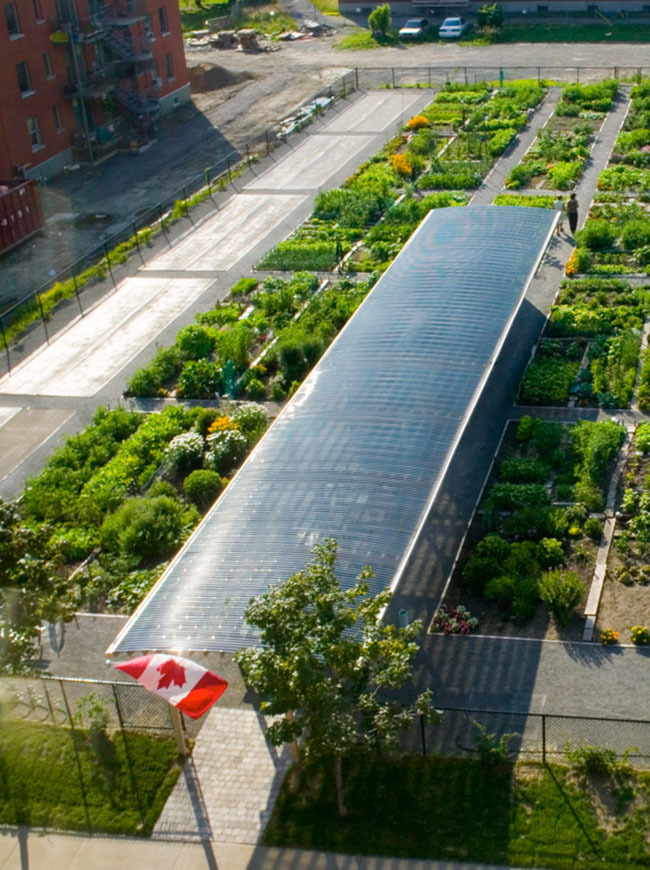 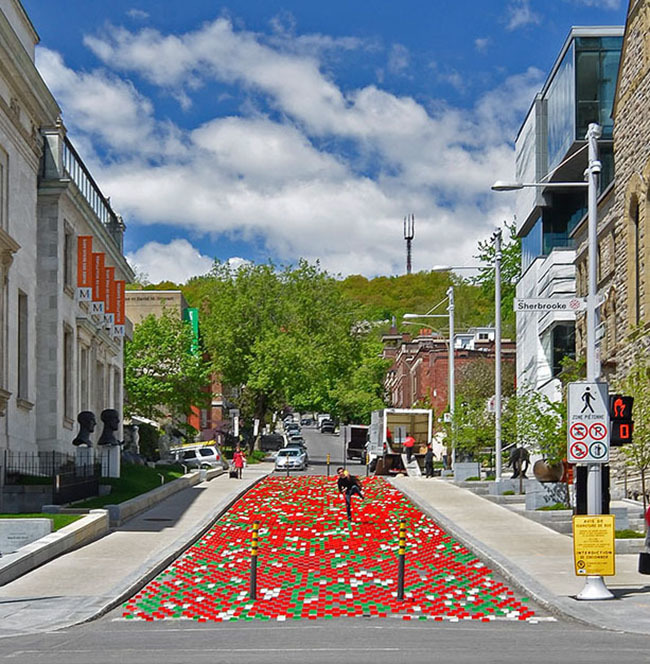 15)  The garden is about experience, not plants.

Give them what they want…and a bit more!

Citing Bruce Mau as a major influence, Cormier identified the three Ps that determine the success of a project:  People, Project Interest and Profit.  As long as a project touches at least two of the three areas, it’s considered is a success–if it’s all three, all the better. Cormier presented three Pink projects to highlight each of the P elements: 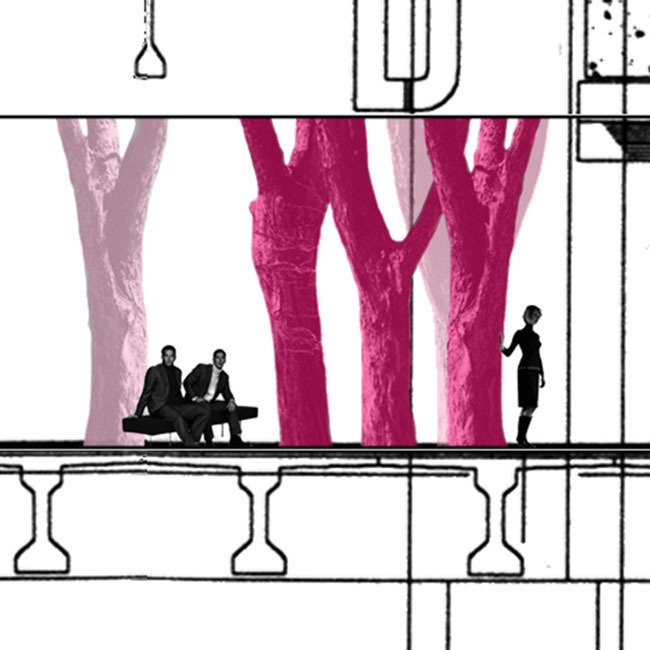 Though Cormier and Associés did not enter the original design competition for the Palais des congrès, they were invited to contribute a small installation piece.  When budget cuts threatened to stop construction, the firm brainstormed ways to sell the project. Drawing a connection to the Montreal logo and a set of pink lips, the firm decided to paint the trees pink and pitch the ‘Lipstick Forest’ to the MAC make-up company, who bought into the concept and helped the project turn a profit. 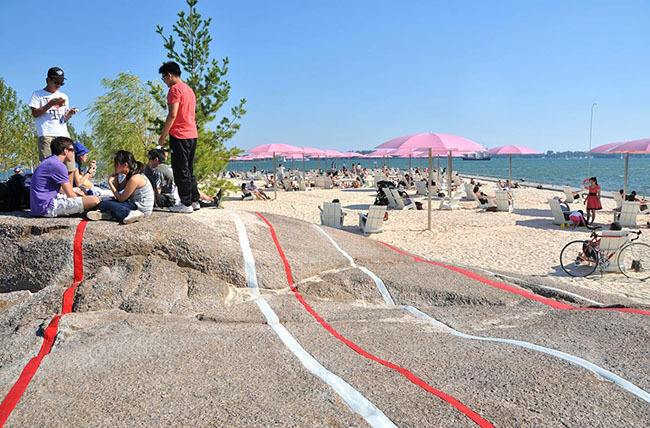 Combining influences from Seurrat’s “Sunday Afternoon on the Island of La Grande Jatte,” the Porter Airlines flight path into Toronto, and the neighboring sugar factory, Claude Cormier developed Sugar Beach.  Cormier also tipped his hat to two of his biggest design influences, Martha Schwartz and Frederick Law Olmsted.  A large outcropping and pink umbrellas unite the people of Toronto with a stunning waterfront view.  The success of Sugar Beach even influenced a Porter Airline advertisement with their signature raccoon under a pink umbrella. 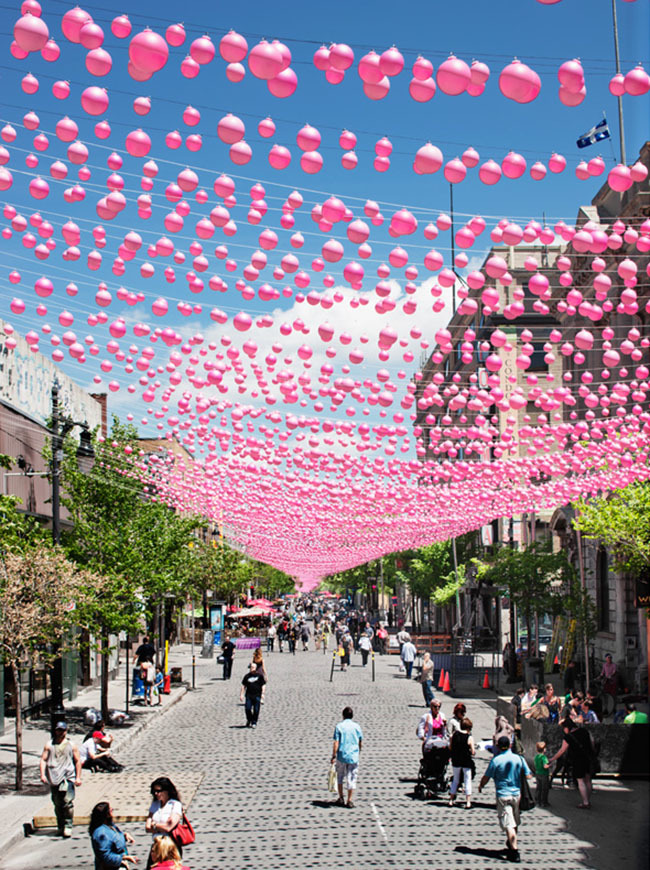 Despite city opposition, Cormier and Associés persisted in not only developing a community involved installation, but a project that turned a derelict Montreal neighborhood in a desirable location to live.  The success of Pink Balls inspired the subsequent work of various Canadian artists, including ‘Memorama’ and the short film, Les Boules Roses.  Future plans to expand upon the ‘Pink Ball’ concept in the spring include the use of pink garbage bags by businesses and citizens along Sainte-Catherine Street East.

A peek into the inner-workings of the studio by way of an Inside the Actor’s Studio format, was a refreshing break from a traditional conference session.  It is obvious that Claude Cormier and Associés love what they do. I was especially impressed by Mr. Cormier’s life story, from the farm boy with a dream to develop his own plant to the founder of one of the most famous landscape architecture firms today.