STPMJ Create World’s First Invisible Barn! Do you remember Parc de la Villette in Paris? The park was designed by the French architect Bernard Tschumi, who built it from 1984 to 1987. It hosts museums, concert halls, live performance stages, theaters, and children playgrounds. It’s one of the largest concentrations of cultural venues in Paris, including Europe’s largest science museum. But it is most famous for its 35 architectural follies. They are placed on a grid, forming a distinct organization within the park and acting as points of reference that help visitors navigate. What is a folly? In architecture, a folly is a building constructed mainly for decoration, but suggesting another purpose, or a structure so extravagant that it goes beyond the normal range of garden ornament. Follies are found worldwide and have been used since the 18th century. Mainly used in English and French gardens, follies often took the form of Roman temples, ruined gothic abbeys, or Egyptian pyramids. In Parc de la Villette, the iconic follies act as architectural representations of deconstruction. But what would a contemporary folly look like? The Architectural League’s Folly Competition is a contest that asks architects and designers to create a 21st century folly to be installed in the Socrates Sculpture Park in New York. The call is to explore the contemporary interpretation of the architectural folly. The designers should explore the boundary between sculpture and architecture, and the overlapping concepts and techniques between the two fields. 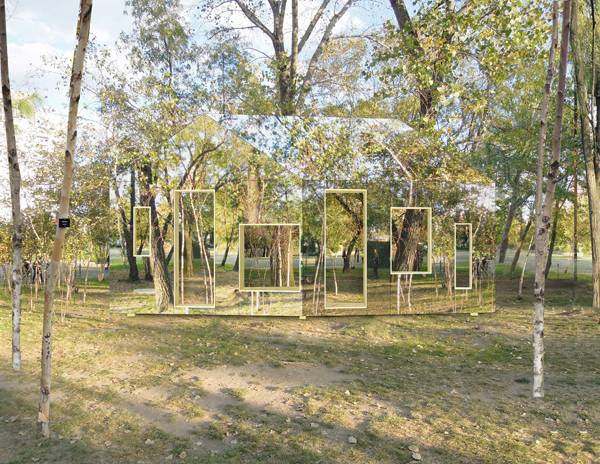 The design practice STPMJ has come up with a cool and extraordinary conceptual project: The Invisible Barn is designed to challenge visitors’ perceptions. The structure is made from two-by-four wooden surfaces covered in Mylar. The shiny material reflects its surroundings, creating the illusion that the building has disappeared. The Invisible Barn sits in the middle of a grove and reflects the trees and plants around it, the sky, the ground, and the seasonal changes. A few strategically placed cutouts support the illusion, creating floating windows to the surrounding landscape. The illusion is exceptional, especially when the visitor discovers that he can actually walk through the passageways like a door. 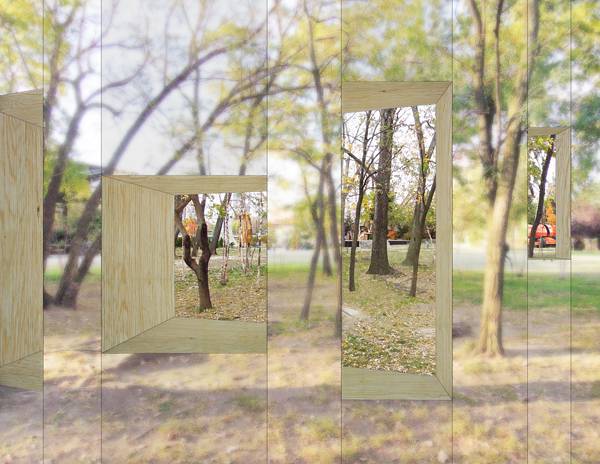 A close up of The Invisible Barn. Credit: STPMJ

Nobody would expect to not see the folly. The designers decided to hide the architectural construction and to emphasize the natural landscape around it, making it more challenging and interactive for the visitor. It steps back in order to celebrate nature Even though the project didn’t win the competition, this concept is an excellent example of the contemporary folly. For the sake of being cool, it wins all the points. Moreover, it implies a “coming back to nature” message that is clearly appreciated. Through the invisibility of the architectural construction, the focus is shifted from the manmade to the natural world. A traditionally attractive small-scale building or pavilion, part of a garden or landscape to frame a view, the folly takes different shape in the modern world we live in. This notable entry plays with the ever-changing environment, as well as with the perception of the visitor between the real and the mirrored surroundings. 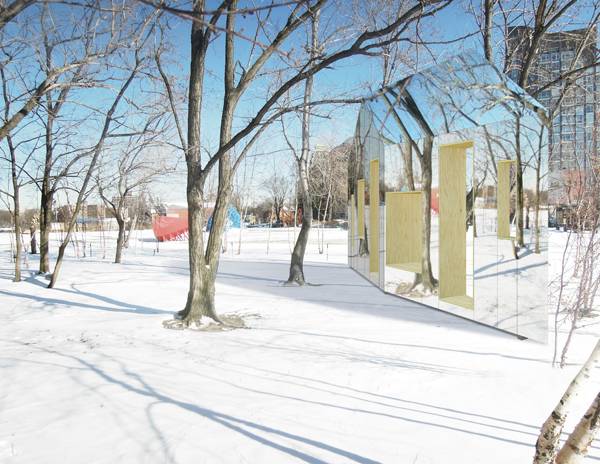 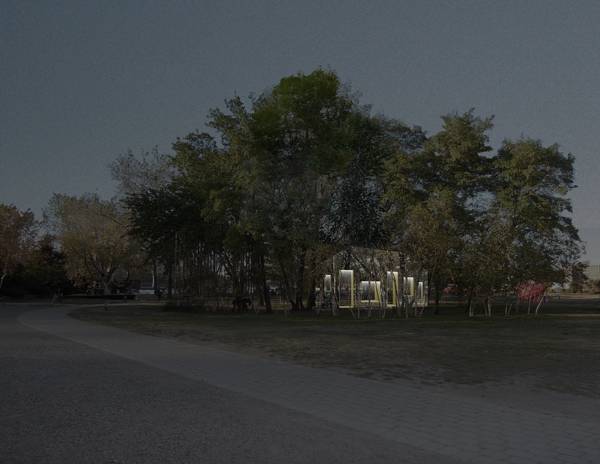