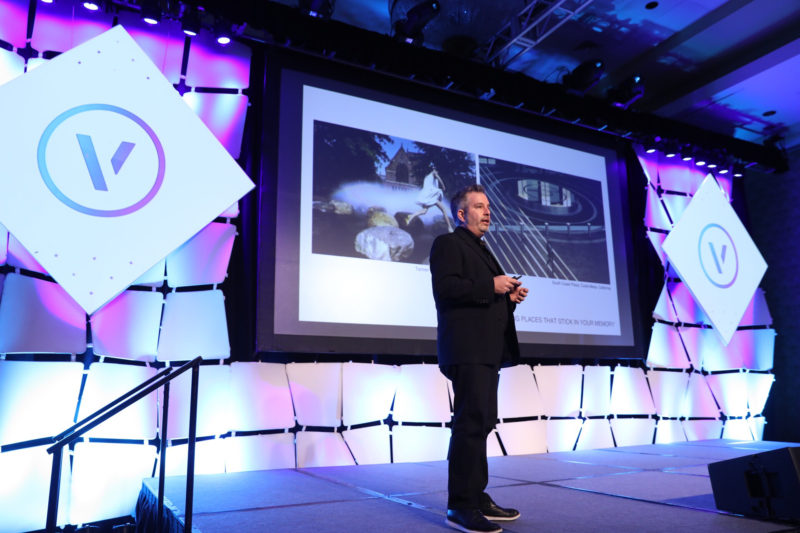 In the Fall of 2017, the third annual Vectorworks Design Summit took place in Baltimore. The event, hosted near its headquarters in Columbia, MD, showcased the lineup of programs the company offers to the design world, including Landmark, their landscape-oriented platform. Similar to last year’s conference in Chicago, Land8 was there to bring you the latest from the software company as well as our take on the impact to landscape architects. 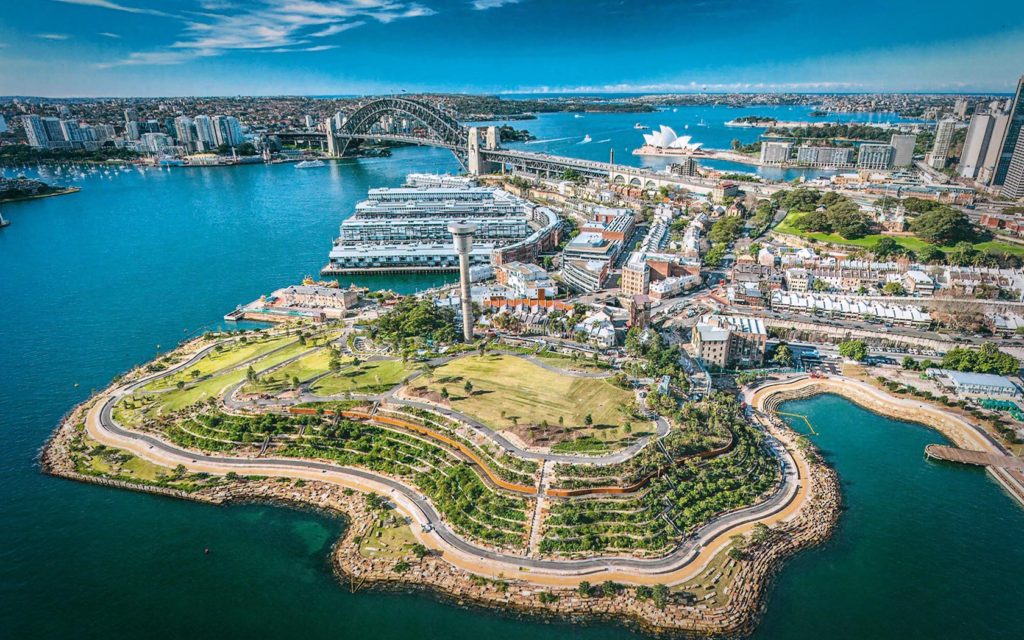 Adam Greenspan, a design partner at PWP Landscape Architecture, has been the lead designer on a wide range of projects including public parks, campuses, mixed-use developments, competitions, and estates. We had the chance to sit down with Adam at the 2017 Vectorworks Design Summit to talk about how they use the program in their everyday work, but also the complex projects they work on and how they bring their unique design approach to each. 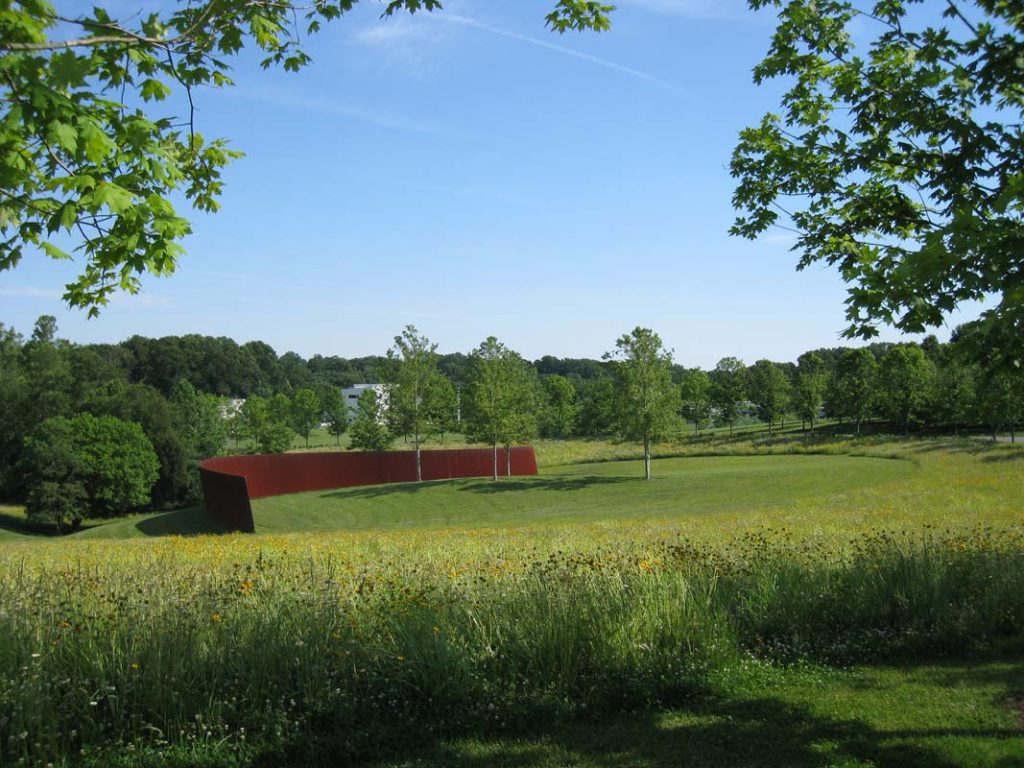 To start, what people think when they think about Peter Walker’s firm may need some updating. “When people think of Peter Walker and Partners,… there might be a style or a specific type of project that you think about, maybe it was some of the (projects) that were focused on roof gardens and plazas and really big ideas. But what has happened over the years is that our work has grown and changed, but also expanded to different voices in the office. Some types of things that people don’t think that we do are things that we really engage in. Big scale parks, infrastructural projects like the Trans Bay Transit center. Projects that deal with systems, whether it is ecological systems or transportation systems. Civic and social systems. I think that what we have been doing is not growing the size of our office, but growing the capacity of the project types and sort of the influences that go into what we do.”

The PWP office ranges from 30 people to 45 at the biggest when they have large projects like the World Trade Center Memorial and other significant projects going at the same time. Adam shared that they try to maintain this balance because they like having a consistent central hub of design and creativity. 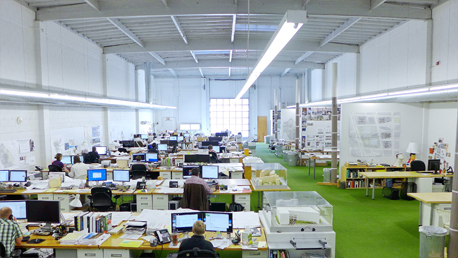 Inside the PWP office space

This core of design was crucial as the PWP faced significant design hurdles as his team worked on the Marina Bay Sands development in Singapore. Because there is little land for nurseries that could provide the plant material they needed for a project of that scale, Adam had to work with a procurement contractor to seek out the trees and shrubs in neighboring countries. “We had to convince the client to let us use this process.” They then had the specimens shipped into the country to acclimate in a pre-grow nursery closer to the site. This process seeks to improve the survival rate of the plants. “We are always trying to think about durability and resilience in project development.” A similar process was notably used for the swamp white oaks at World Trade Center Memorial. 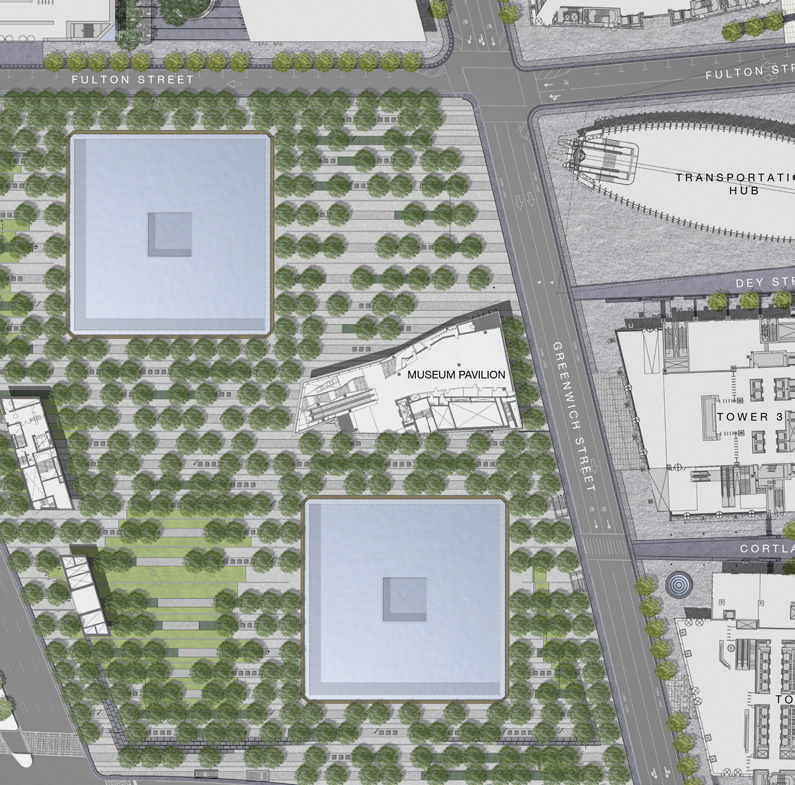 USING VECTORWORKS IN THE DESIGN PROCESS

PWP doesn’t use Vectorworks exclusively for the entire design process, but what he says has worked most fluidly and easily is to get initial ideas out in the program and massage them into drawings that are illustrative, but very accurate. He says that the traditional process had been to go back in forth between AutoCAD and Photoshop to flesh out ideas, and he feels that they no longer need to work that way to get something that serves really well as both a communication tool as well as a design tool.

Adam shared that while PWP utilizes Vectorworks heavily in the conceptualization and visualization process, they are still plagued by the same restrictions that other firms are currently experiencing. Many of the complex projects they work on that involve an architect are required to be delivered in 2D CAD or collaborated with in Revit. When they do use it, he noted that “on-boarding” students into Vectorworks is extremely smooth. “The software is very easy to work with.” Every summer they have 3 to 7 interns and usually spend one day out of their first week introducing them to Vectorworks. He says that other commonly used programs often take 3 days or more to get them comfortable, but that Vectorworks is very approachable, getting them acclimated early. 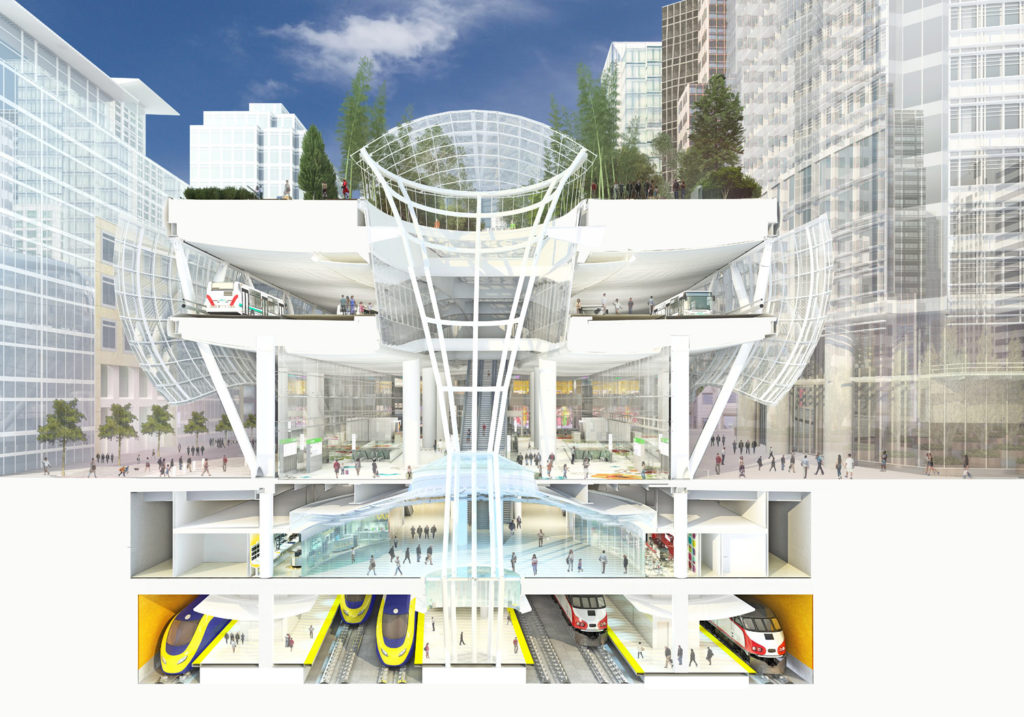 “At the scale and variety of different contexts that we work in, from on top of a building in Singapore or in San Francisco to 200 acres of actual earth work and topography outside of DC, there is so much specificity to each design.” Nothing is standardized like in much of architecture. “There are so many more repeated elements in even the most unusual of buildings.” Landscape architects often do not have the same luxury. Adam is excited to see how terrain modeling develops in the near future but stresses that there are so many variables that go into landscape design that is not modelable, that he can’t currently conceive of doing an entire project in a BIM modeler today. He does, however, think that we will see it in the future. 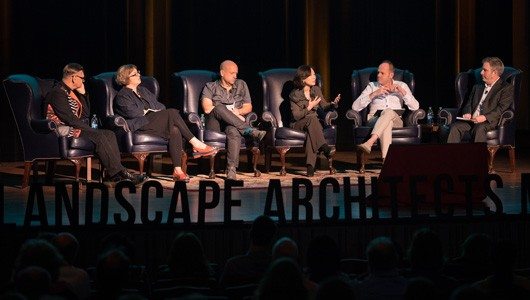 Panel discussion at the LAF Summit in Philadelphia

Adam stressed that though this interaction sounds obvious and simple, often times people stay in their particular silo and don’t reach out to another part of the profession. “To step out of those things to think about the concepts is really interesting when you are able to do that across the spectrum.” Vectorworks is a contributor to LAF and Adam went on to praise the software company for placing landscape architecture at the core of one of their products and professional support.

Land8 would like to thank Vectorworks for giving us the opportunity to speak with Adam and for highlighting landscape architects as part of their 2017 Summit. We look forward to covering future Summits and sharing what the company has to offer the profession.