A Melting Pot of Design Professions Under One Roof

Rather than the dichotomizing of building/landscape that often leads to hermetically sealed practices (not to mention gaudy buildings sited in terrain like foreign objects and lacking any meaningful dialogue with existing locales), myriad practices today now possess a melangé of design professions under one roof. This amalgam of architecture, interior architecture, and landscape architecture can lead to hybridization, innovation, and fertile approaches to constructing the world we inhabit. What would this amalgamation of professions look like? Kim Wilkie, a British landscape architect and Honorary Fellow of the Royal Institute of British Architects, cogitates a “return to the 18th century concept of architect in a complete role”[1], wherein the conventionally accepted confines of 20th century professional design roles are rearranged or, in the case of some recent built work around the world, almost reversed. 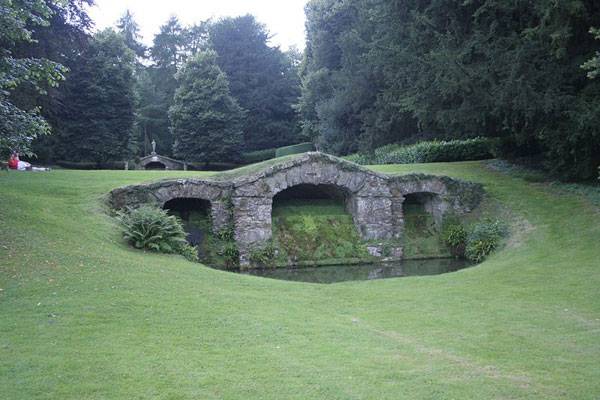 Eighteenth-century designers such as Sir John Vanbrugh (1664–1726) and William Kent (1685–1748), for example, worked as both architects and landscape designers. Kent is considered a father figure of modern landscape gardening who “leaped the fence and saw that all nature was a garden”[2]. He lacked a classical education but nonetheless possessed deft craftsmanship in not only architecture and landscape design, but also in painting and theater set design.[3] The famed Rousham Gardens, in Oxfordshire, attest to this and are some of Kent’s superlative landscape design work. Many of his other landscapes were designed to complement his own architectural work.[4] 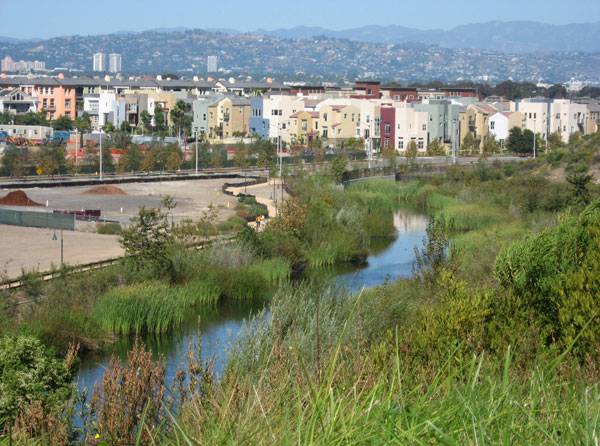 Bluff Creek and the new Playa Vista residential development on the Ballona wetlands, in Los Angeles, California. The Hollywood Hills, and behind them, the Verdugo Mountains, are seen in the distance. Photo credit: Downtowngal. Licensed under CC-SA 4.0, 3.0, 2.5, 2.0 and 1.0. Image source.

If we fast-forward to the present day, we again see this admixture. Sometimes referred to as “earthi-tecture”, this is no anomalous act. Completed in 2010, Playa Vista Central Park on Los Angeles’ West Side is an eight-acre slice of urban infrastructure designed by architect Michael Maltzan in collaboration with landscape architect James Burnett from Houston and Boston-based firm The Office of James Burnett. The design emphasizes architectural forms and textures through selective plant matter and materials, reinforcing the spatial experiences within the park and blurring the lines between the two disciplines. Another of noteworthy precedence is the Los Angeles Museum of the Holocaust by Belzberg Architects.  Submerged into the terrain of Pan Pacific Park, the museum is understood as a continuous, topologically formed structure through the blending of concrete and vegetal hues and textures with those already in existence in the park, extending them onto the building and thus muddling the line between environment and edifice. This overlap is, however, not a new phenomenon. Rem Koolhaas, the esteemed Dutch urbanist and architect, has long prompted dissolution of traditionally established terminologies in favor of reading the urban territory as interconnected landscape tissue.[5] Along with Koolhaas, stalwart urban designers such as Adriaan Geuze of West 8 and Zaha Hadid of Zaha Hadid Architects, for example, have for years repudiated any inelastic hierarchies around architecture, landscape, and infrastructure.[6] In their work, they explore both the architecturalization of landscape and the landscapification of architecture. 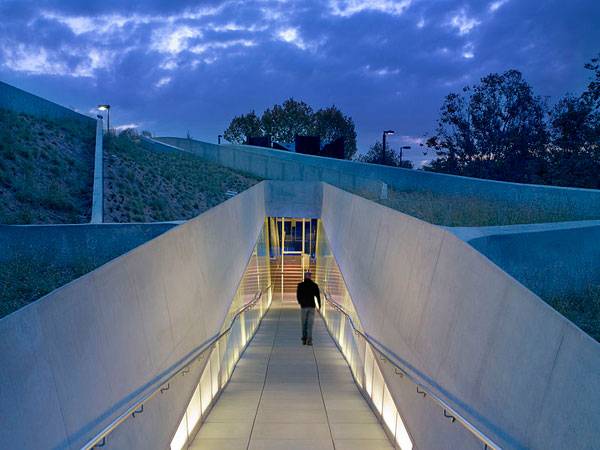 Hadid’s seminal 1983 competition-winning but never-built design for Hong Kong’s The Peak Leisure Club is derived primarily through a thick reading of the landscape, with the form of the building disbanding as the structure unfolds into a series of levitating geologic planes. The self-assured hubris among building architects has been somewhat jolted in recent years. But this is not an architectural attack, nor a competitive struggle for urban design bragging rights. What is paramount is to recognize that in our current geological epoch, we need to forge fertile new approaches to building and design through innovation and an abandonment of disciplinary autonomy to achieve truly sustainable results. The 21st century may bear witness to the dissolution of architecture and landscape architecture into a single, dynamic conglomerate, but the future of design is and always will be catalyzed first and foremost through landscape.