Join landscape architect and Land8 member Jeff Gonot as he continues on his adventures through New York City as part of Land8’s new Tuesday Travel series. Today, Jeff takes us on a visit to the Louis Kahn-designed Four Freedoms Park, an enduring and uplifting tribute to the life and work of President Franklin D. Roosevelt. Located along one of NYC’s most dramatic waterfronts, the triangular, four-acre space replaces a former landfill with a pristine, meditative park that has been compared to a walk-in sculpture.

Dedicated to FDR and his beliefs in the Four Freedoms, this recently completed park sits at the southern tip of Roosevelt Island, where it provides a vast reflective space. Upon entering the site, white granite rises dramatically above the horizon. Closer still, one can read the words spoken by the 32nd president engraved into the steps. After ascending the stairs, a lush green lawn spills out to the south, lined by trees that frame the focal point of FDR’s oversized bust. The park offers sweeping, panoramic views out towards the city skyline, creating a stunning visual experience. 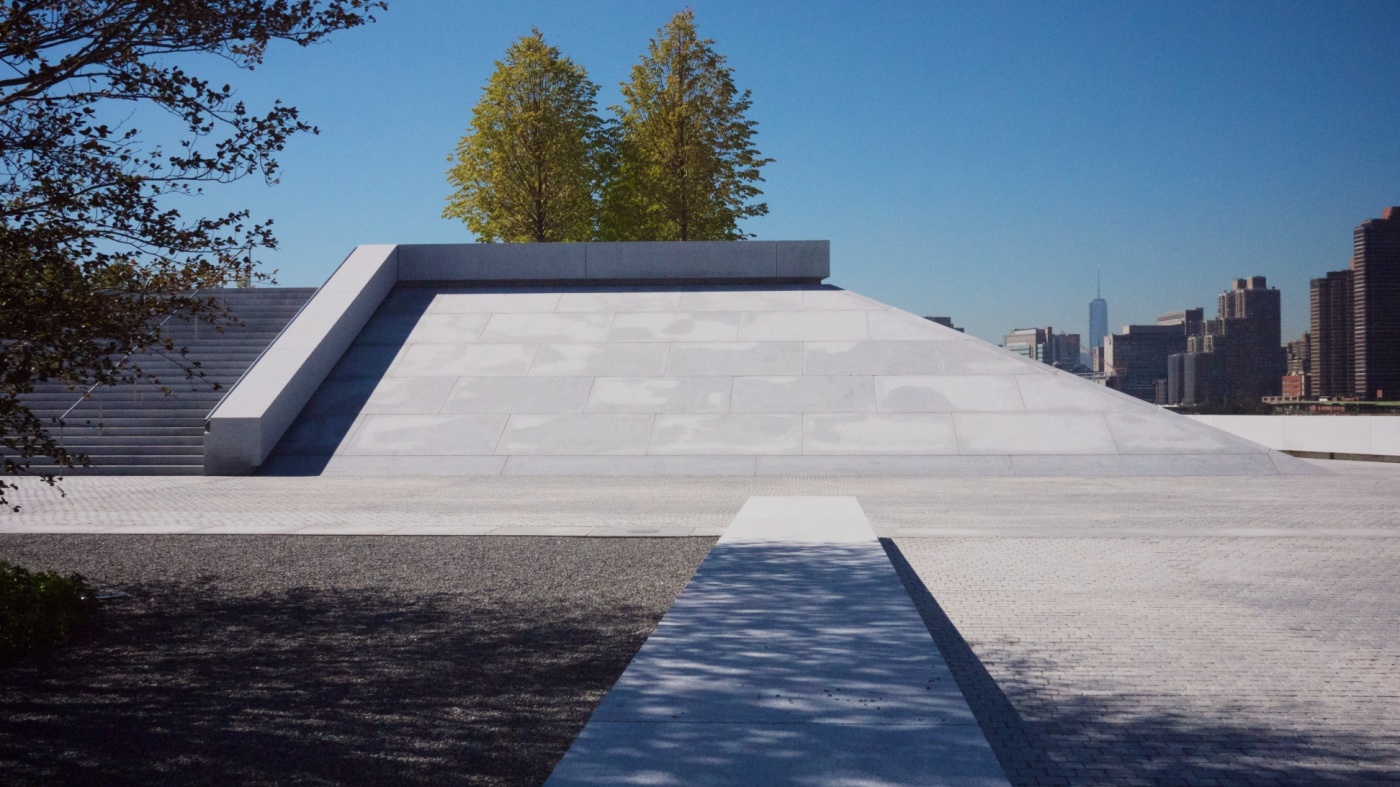 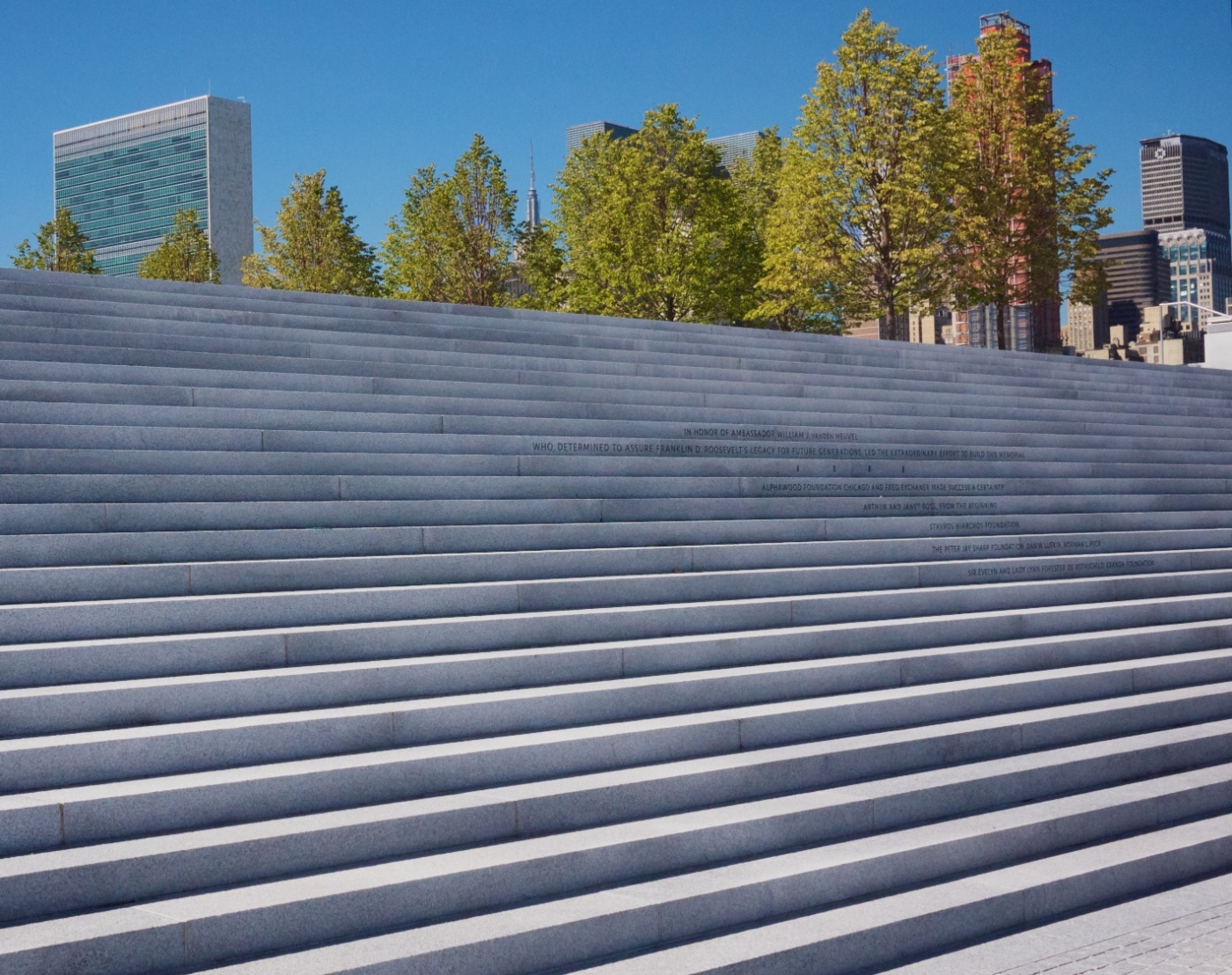 “In the late 1960s, during a period of national urban renewal, New York City Mayor John Lindsay proposed to reinvent Roosevelt Island (then called Welfare Island) into a vibrant, residential community. The New York Times championed renaming the island for President Franklin D. Roosevelt and constructing a memorial to him, remarking: “It has long seemed to us that an ideal place for a memorial to FDR would be on Welfare Island, which…could be easily renamed in his honor… It would face the sea he loved, the Atlantic he bridged, the Europe he helped to save, the United Nations he inspired.”

The man chosen to give shape to this idea was the architect Louis I. Kahn, one of the masters of 20th century architecture. Governor Nelson Rockefeller and Mayor Lindsay announced the project in 1973 and the appointment of Louis Kahn as its architect. In short order, the Governor became Vice President of the United States, Louis Kahn finished his work and died unexpectedly, and the City of New York approached bankruptcy. It required patience, memory and determination – on March 29, 2010, 38 years after its announcement, construction of Franklin D. Roosevelt Four Freedoms Park began.” 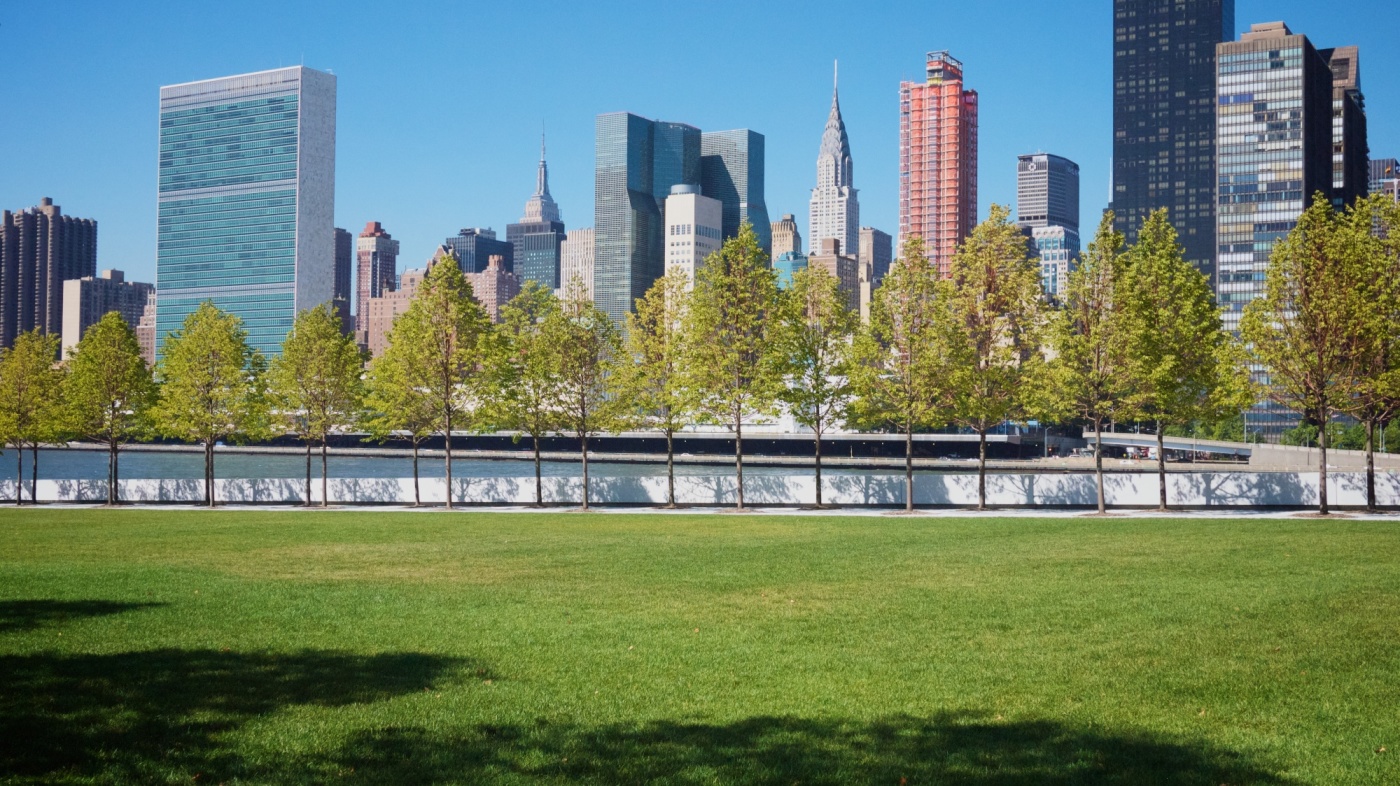 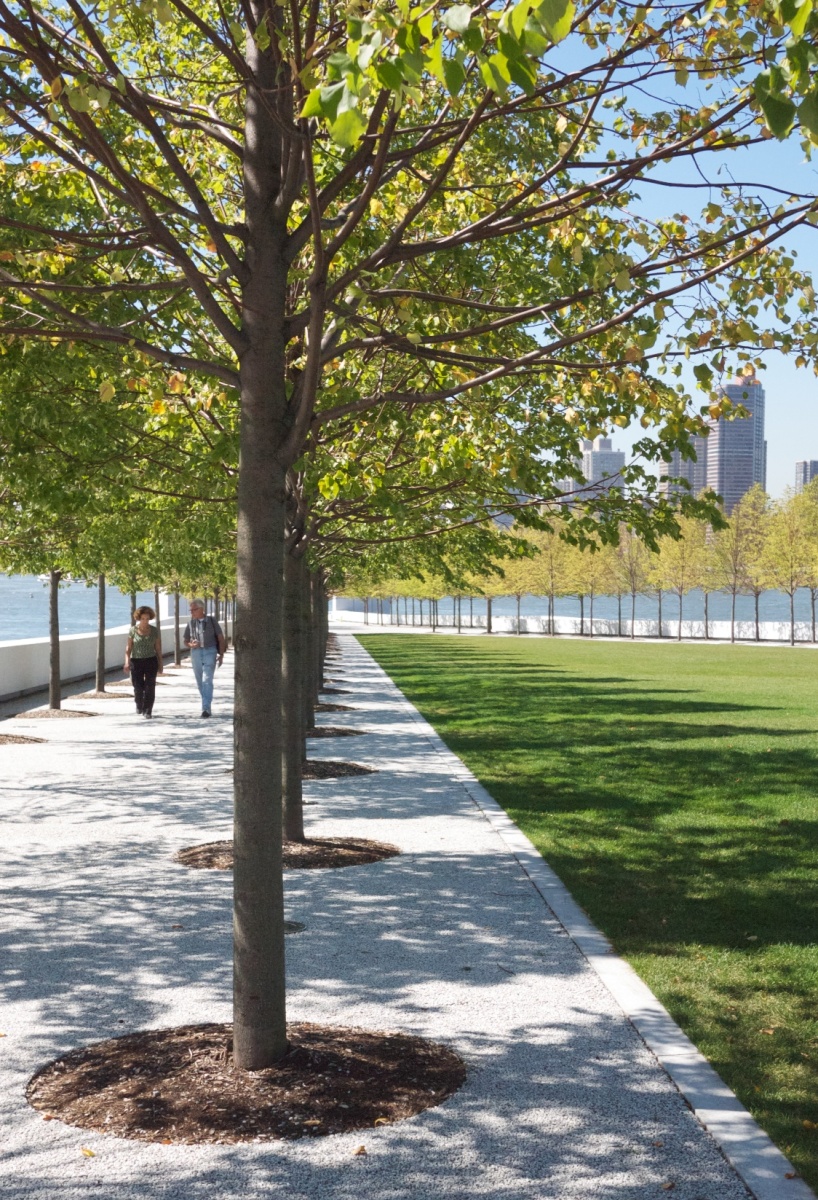 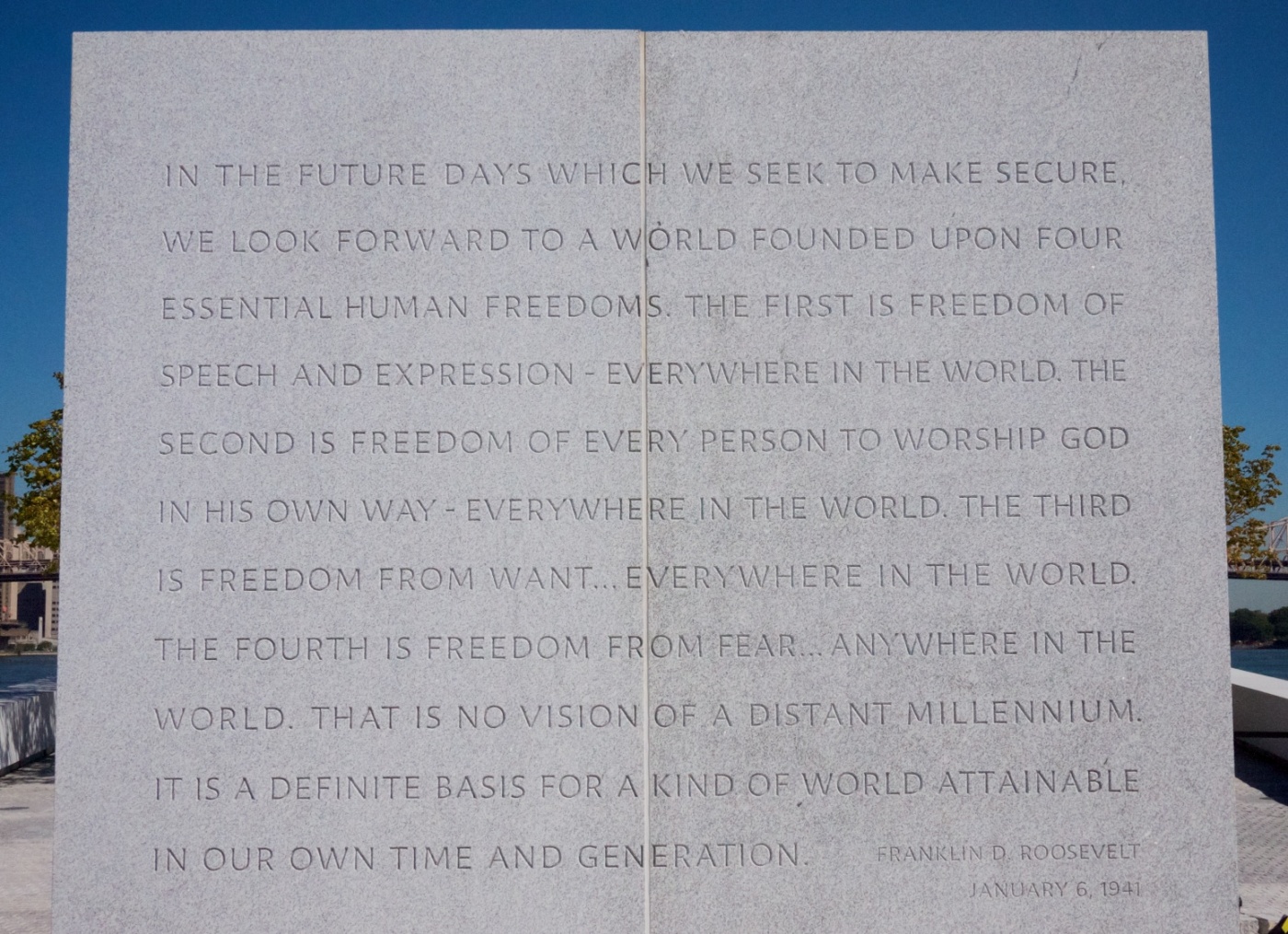 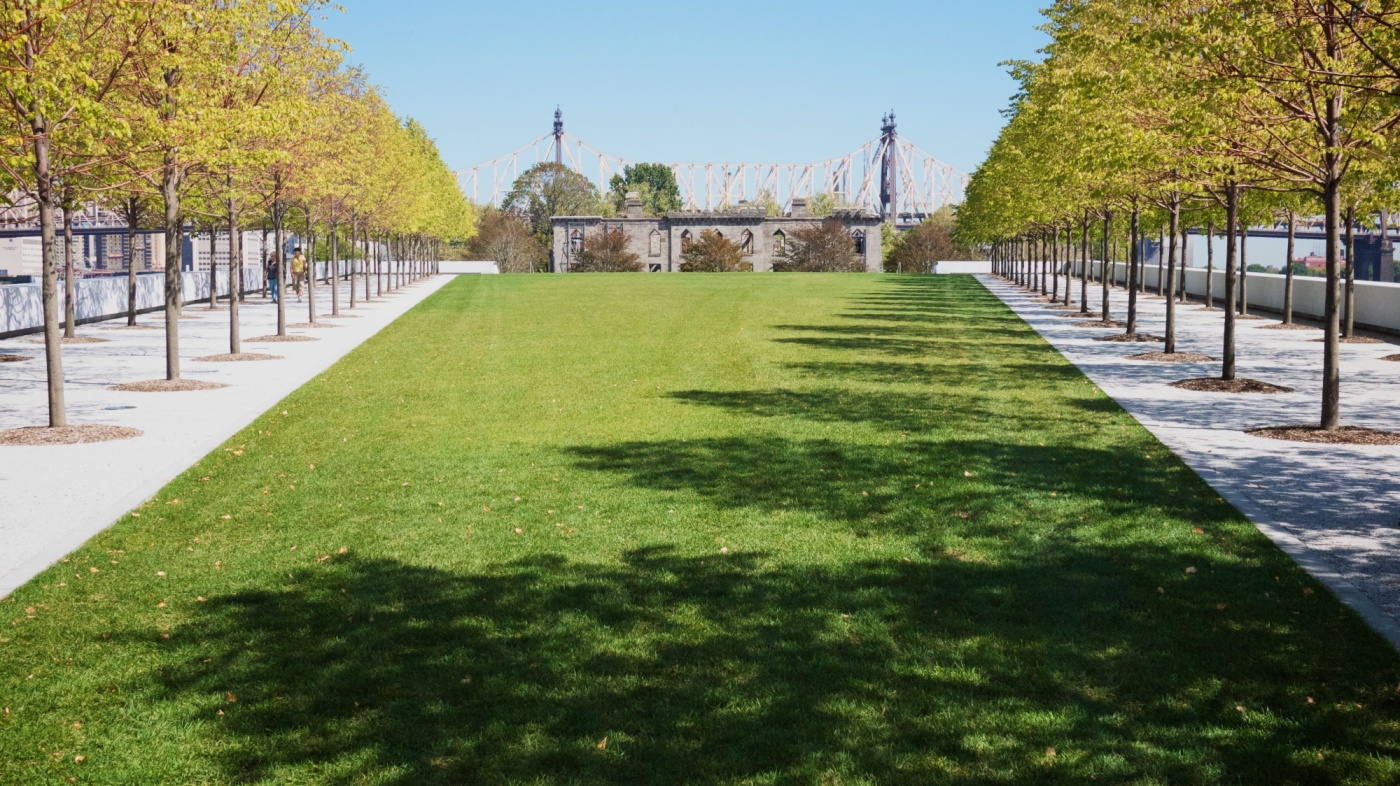 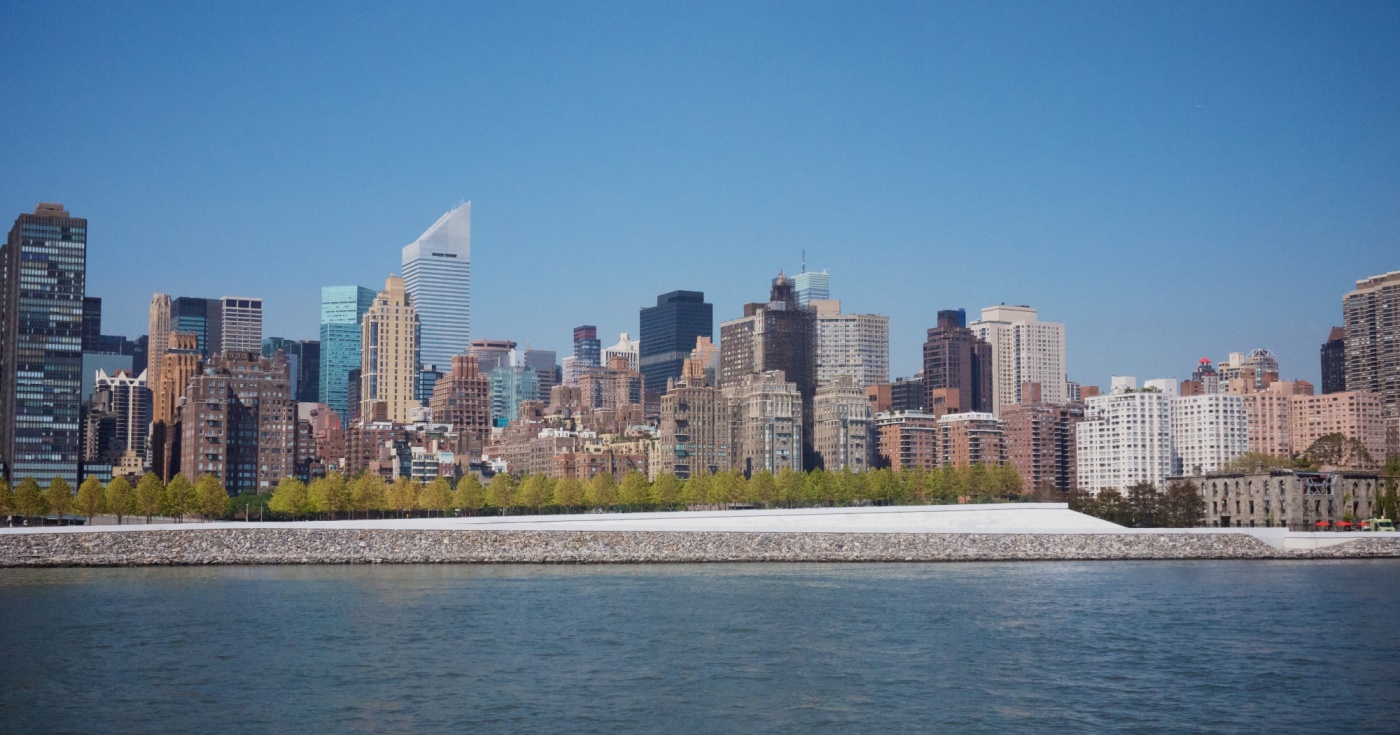