Factory makes way for community at MFO Park in Switzerland, a multi–tiered vine park that combines the history of an industrial zone and the beauty of nature. The park is part of a massive redevelopment of one of Zurich’s most industrialized zones. The vision of the city is to incorporate new residential areas, mixed use spaces, and green spaces. One goal for MFO was to create a public space for the neighborhood, which also serves as an event hall. The area was once a heavily guarded weapons production and testing complex. The factory was dismantled in 1999 and this regeneration project took its place. 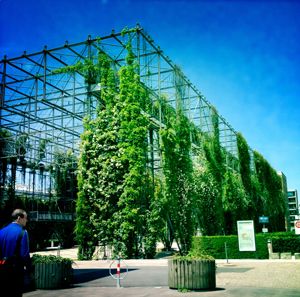 The Design The park is designed with geometry and scale, resembling the industrial past of the territory.  It works in vertical, spatial, and architectural direction and is more of a three-dimensional plaza than a park. The frame is composed of steel and covered in a diverse selection of deciduous climbing vines. The vertical plan of the site is more interesting than the ground floor. The vegetation on the ground floor is minimal and primarily consists of pavement. Seating invites visitors to take a rest and enjoy the green walls and outdoor life. Open frame stairs lead upward to walkways inside the frame. Cantilevered terraces extend outside and provide more options for seating. The top of the construction is open and offers a view of the surrounding district. The structure of the park reminds visitors of the factories that once dominated the landscape. The box-like space is subdivided into smaller rooms. 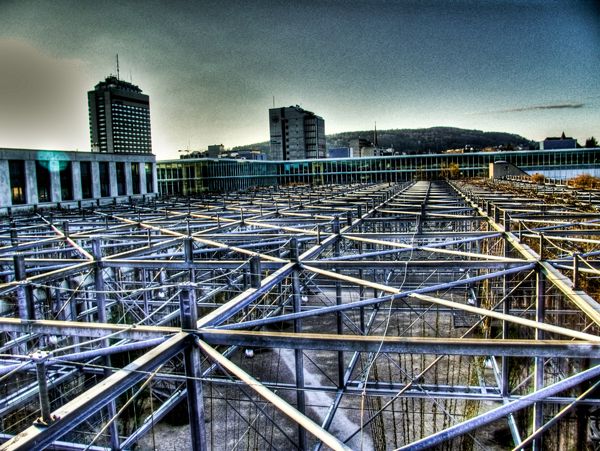 The Planting Drapery of vegetation defines the exterior and interior perimeter of this park. One can enjoy the 104 perennial woody vines and creepers, including wisteria, clematis, climbing rose, jasmine, honeysuckle, hops, knotweed, and silver lace vine. Each plant climbs up a separate cable to show showcase its individual character. Thus, the created vine wall, which defines the steel frame, changes with the seasons and over time. Flowers add splashes of color in the spring and summer, and as autumn arrives the foliage of some of the vines transforms into a warm chord of colors. What makes it so unique? This is a unique urban park precedent because it acknowledges the history of a territory and provokes continuity and acceptance in the human mind. In general, the land is treated in a plan-oriented manner, creating zones and using trees, grass, and flowers in contrast to urban morphology.  Here, modern instruments of industry complement and support the design of a quality public space. The park functions as an exemplary model of modern understanding of the complexity of society, reflected in the diversity of an urban form. MFO Park’s most visible characteristic is the incorporation of something unmistakably urban – verticality. 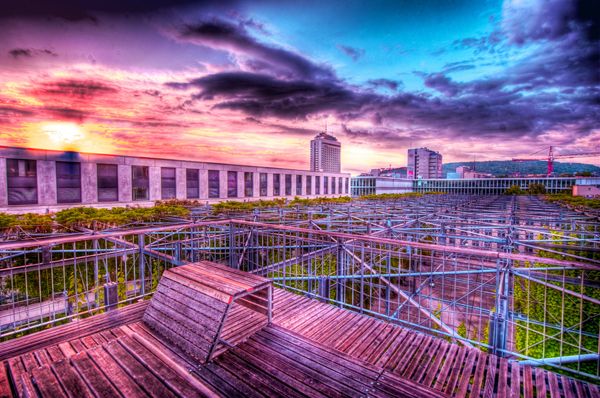 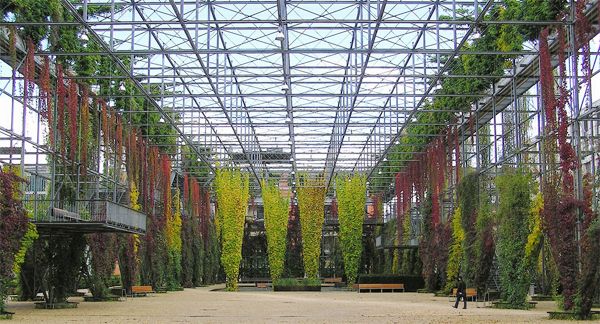 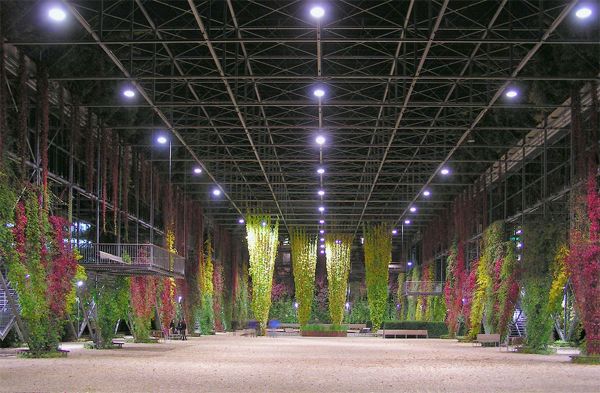 Every time I think of this park, I ponder one question: Can we use this method of perceiving and experiencing a park to act as a means of restoring deteriorating parts of our cities — old industrial buildings, areas under highways and bridges, or any vertical urban form that has lost its function and vitality? Can we suggest a different way for people to view urban parks and encourage them to visit them more? Can we put more power into climbing plants and create parks without trees, while still offering a green piece of heaven? MFO Park is an example that could be interpreted and translated to serve specific areas of our cities that are in decay and rejuvenate the area into a lively public space. Article written by Slavyana Popcheva Featured image: deco2912 @ flickr Published in Blog