Chenshan Botanical Garden, by Design Group Valentien, in Shanghai, China. Shanghai is the largest Chinese city by population, with more than 24 million residents as of 2013. It is a global financial center, but also a city that works and understands agriculture, cultivates fruits and vegetables, and has an intensive fish farming industry. The city rests in a flat landscape surrounded by nine hills that rise up about 100 meters. The Chenshan Botanical Garden is located in the Songjiang District, one of the largest in Shanghai, covering 605 square kilometers and housing more than a million inhabitants. It is a growing district, known as the cultural root of Shanghai. 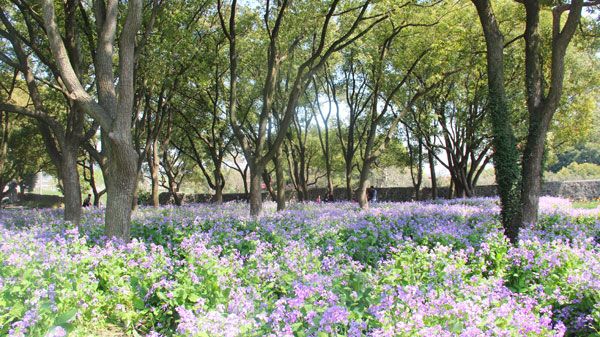 The Chenshan Botanical Garden is one of Shanghai’s largest parks and the largest municipal botanical garden in China. It is formed by multiple gardens, open spaces, boat ponds, enormous greenhouses, woods, and forested areas that fulfill the scientific requirements but at the same time lead to recreational interactions. The special collections of the garden include a theme named “Plants and Health”, which divides 26 special gardens into four main categories featuring unique areas such as the Conservatory, Quarry Garden, Blind’s Garden, Aquatic Garden, Rocks Garden, and Medicinal Plants Garden. 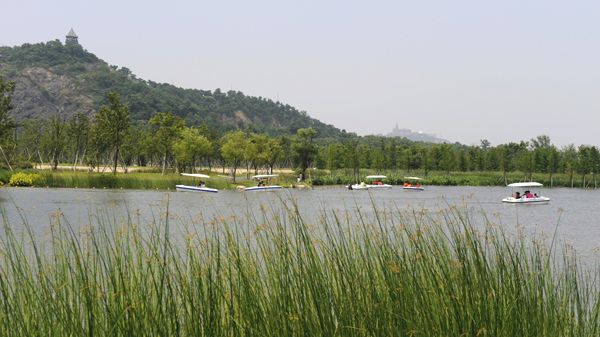 For this project, the designers adopted a strong formative intervention in order to create a distinct place in a Chinese land, where all the spaces have a concept, a story, and a unified architecture. They adopted typical Chinese landscape elements and transformed them into a concept that composed a “modern” Botanical Garden with new formal language. They proposed a clean and fresh composition that makes you forget the place is a “scientific research” area. 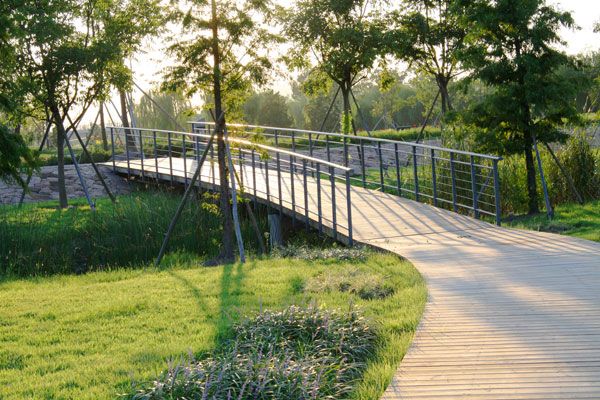 The Design and its Use of Symbolism The design has the shape of a “ring” that includes a lake, an inner garden, and one of the nine hills, the Chenshan hill. The lake and the mountain are the main elements inside the ring, in terms of space and symbology; according to the designers, “the ring is a symbol for the world; the mountain and the lake where the sky is reflected are the defining symbols and traditional Chinese motives. The powerful dynamism of the spatial elements gives an orientation in a geographical as well as an aesthetic sense.” 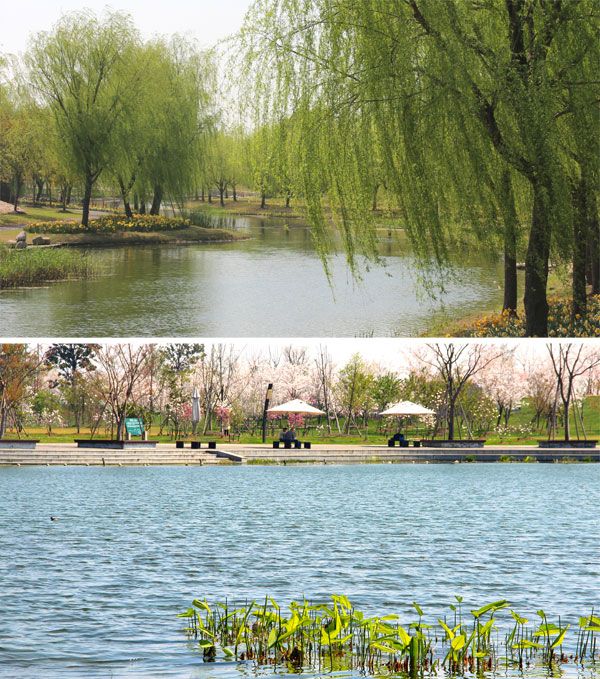 Merging the Buildings with the Landscape The garden has plenty of structures, but the main buildings form part of the external shape; the reception building with exhibition halls, the greenhouses, and the botanical research center are part of the built elements, giving a “morphological unit” to this “built landscape”, as the designers describe it. It is in fact a built landscape; they found the way to mix earth and construction and form a unique and homogeneous area that works in fluent symbiosis. 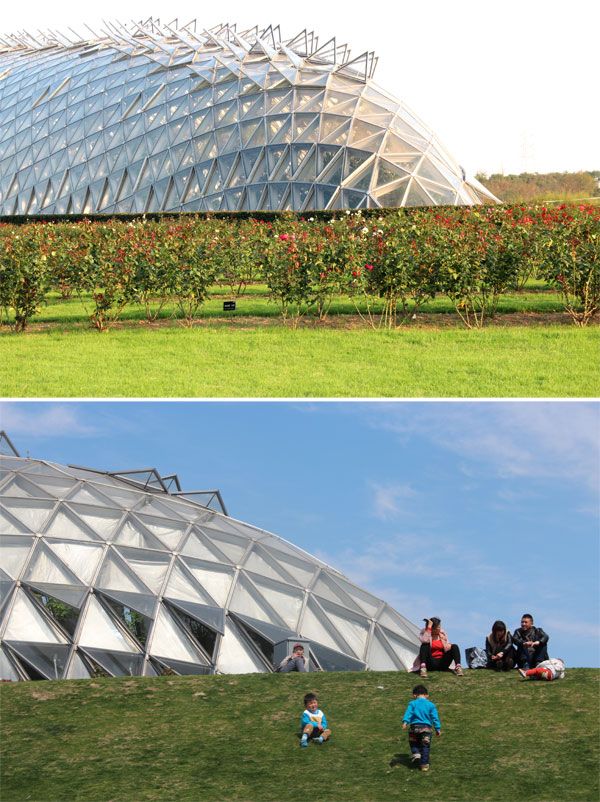 Botanical Garden or Recreational Park? They play with landscape views; people can enjoy two different sights from the mountain and the lake. Even if this is a botanical garden, it feels like a park — a very composed park where people can relax and learn. Beauty and the process of learning go hand in hand, keeping the balance between scientific purpose and local recreation. 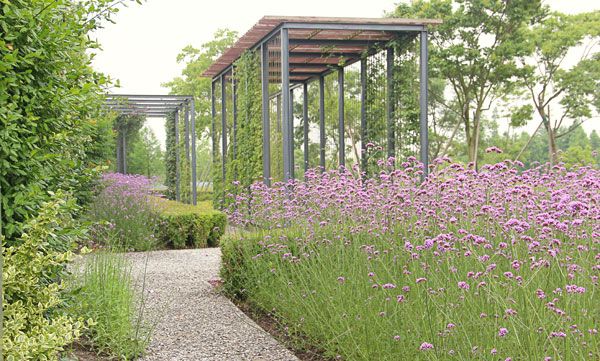 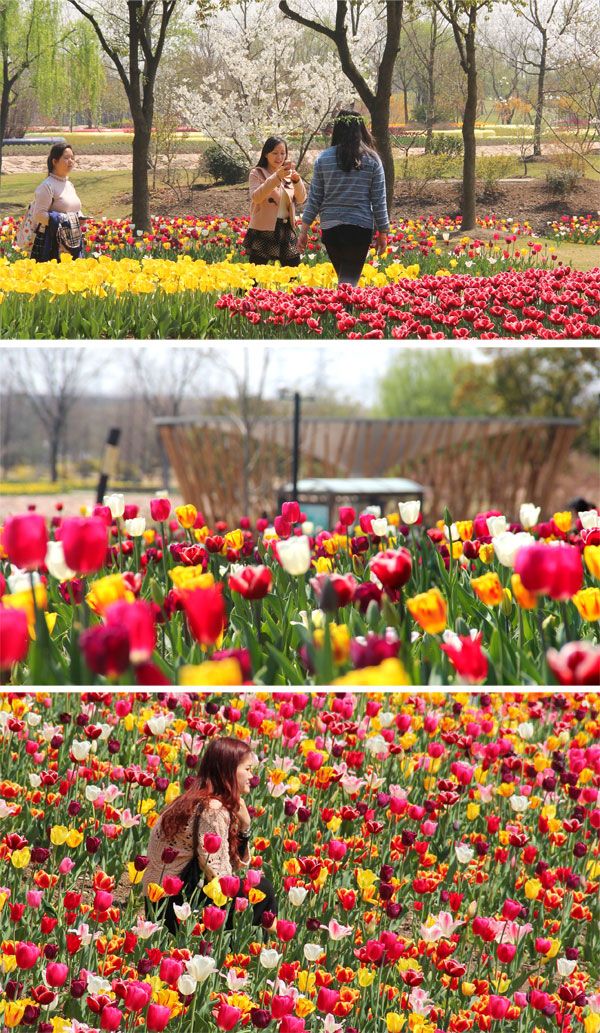 Over 35 Themed Gardens There are more than 35 theme gardens inside the ring, many of them distributed as single islands inside the lakes. Some of them exhibit aquatic plants in both natural and artificial ways. Each island is distinctive from the others; the designers created different atmospheres and individual designs in every island, so they can promote the beauty of vegetation with diverse scenarios such as the Osmanthus garden, the topiary garden, the water gardens, and a large garden for medicinal plants that plays a unique role and distribution, with Chinese medicinal plants situated in the center of the garden and many others from around the world in the rest of it. Celebrating the Importance of BioEnergy In addition to the gardens, there are also areas of production, where they demonstrate the importance of bioenergy crops (right next to a biogas plant); production of fibers with plantations of coconut palm, hemp, sisal and cotton; and other functions, such as an island with an olive grove that exhibits different oil-producing plants. 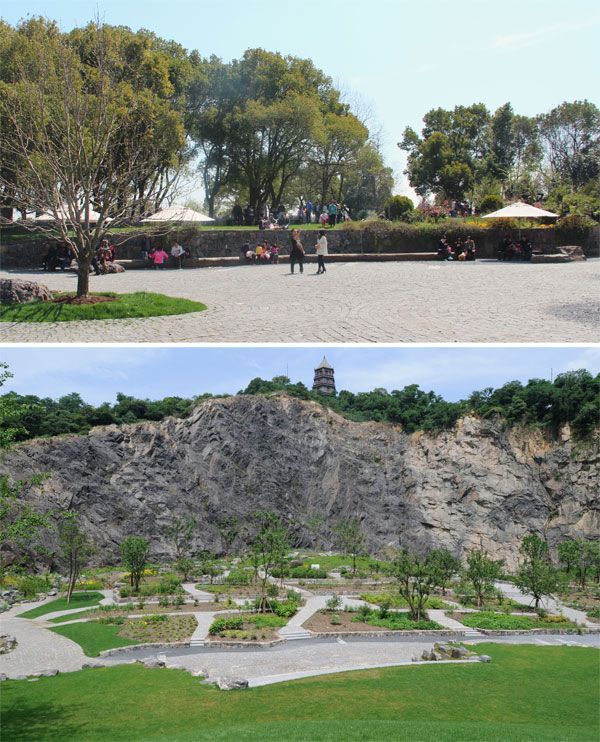 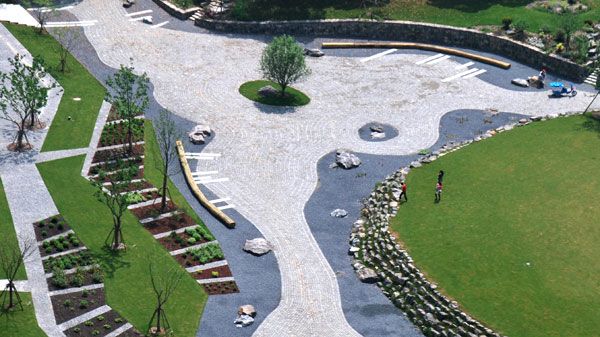 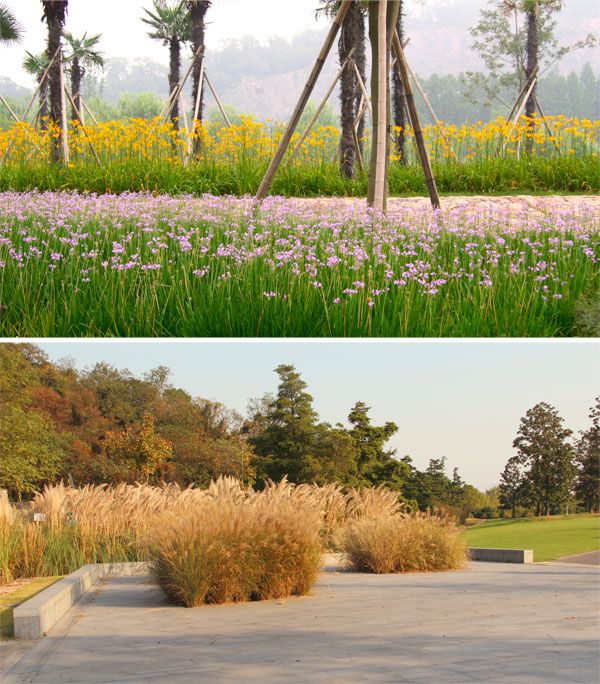 How Will They Purify the Heavily Polluted Water? The designers wanted to develop a sustainable system for every single area of the Botanical Garden, from the construction of the buildings to the operation of the garden. The water (which is heavily polluted) will be purified in a new constructed wetland area before being fed into the lakes. The buildings are equipped with an energy-efficient facility management system, including an ecological wastewater treatment system. The embankment and the theme gardens that rise out of the subsoil and stand by leveled areas and pathways were created by using the soil excavated from the large central lake. 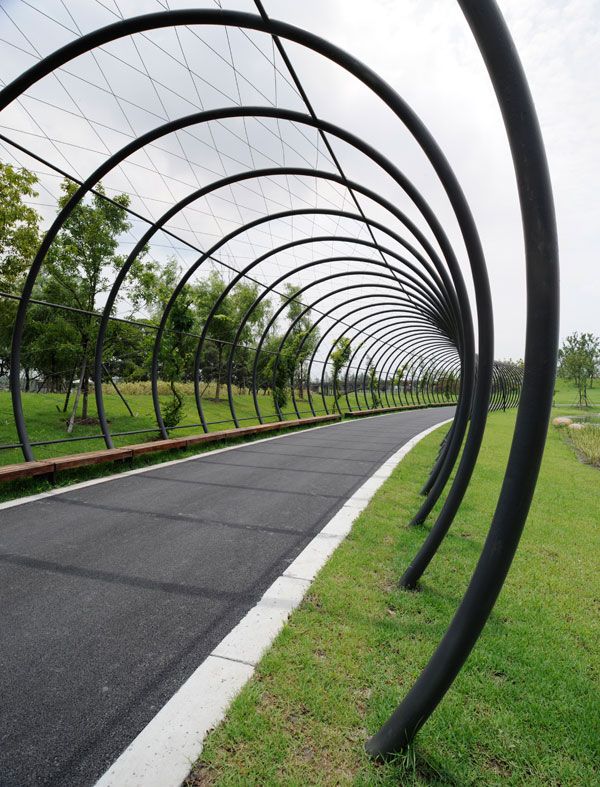 The Main Goal of the Project The main goal of this project was to design a functional example and demonstration of sustainable architecture development, keeping the balance between scientific purpose and local recreation. Nowadays, the landscape is changing dramatically, especially in Songjiang, which is part of a new project of residential development including large new housing estates, exclusive residential areas, and a new university campus and business park. So the Chenshan Botanical Garden soon will be part of a city that’s now taking the form of a metropolis. Do you think Chenshan Botanical Garden managed to keep the balance between  scientific purpose and local recreation? 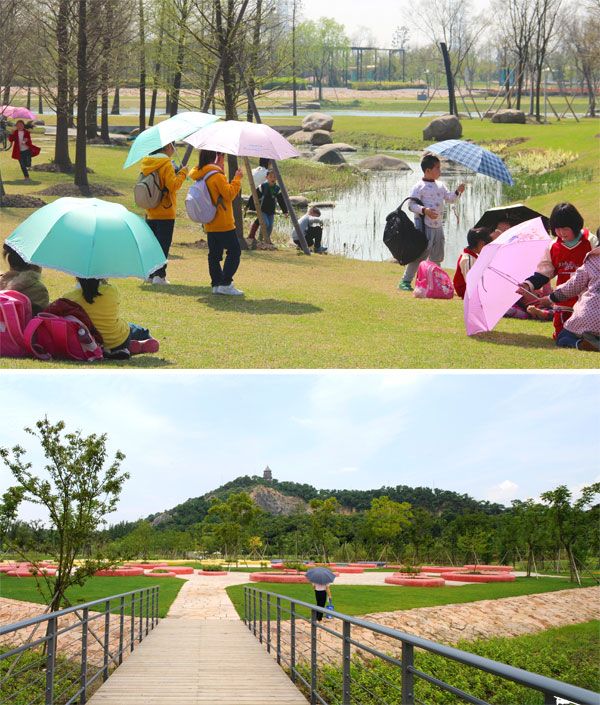