RO&AD Architecten surprise the world with their Moses Bridge. Dutch design has always been great reference when it comes to creativity and innovation – in this case, it is no different. The Moses Bridge is a very unusual pedestrian bridge (already featured in our “Top 10 Pedestrian Bridges”, check it out!) built in a fort located near Halsteren, in the Netherlands. What makes it so unique? Well, it offers more than just access from one side to the other like an ordinary bridge – it takes you in a journey back in time… THE FORT DE ROOVERE 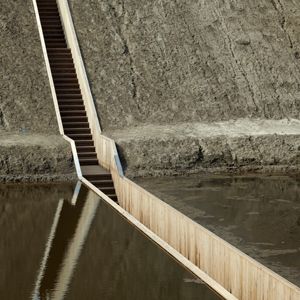 Fort De Roovere is an entrenchment that was part of the West Brabant Water Line – a Dutch defence line consisting of a series of fortresses constructed between the cities of Bergen op Zoom and Grave in 1698. Over the years, the fort was forgotten and unattended and has only been restored fairly recently, thanks to the local community initiative – Friends of Fort De Roovere – a foundation that aims at keeping the memory of the fort alive. De Roovere went through many renovations in 2010 and one of the main interventions was the deepening of the old moat, an important feature in the fort that gave it so much character. Once the waterline was finally restored, a bridge was then needed to provide access to the fort accross the moat – not just a regular bridge, a bridge that would allow safe crossing even during enemy attack! 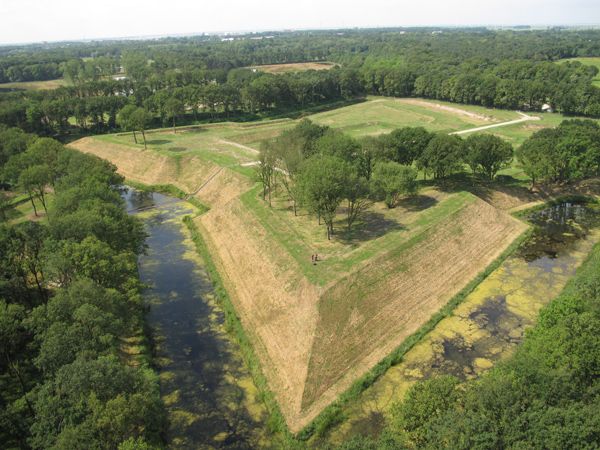 Can you see the Moses Bridge? Credit: RO&AD Architecten

The designers RO&AD Architecten was contracted by the municipality of Bergen op Zoom to come up with the bridge design for De Roovere. The works of Ro Koster and Ad Kil are very creative and varied – from interiors, restorations, offices, to housing and restaurants – all built and designed based on strong concepts. The designers felt it was innapropriate to build a bridge over the moat – after all, it is located on the side of the fort where the enemy was expected to appear. Instead, they decided to construct a sunken bridge, practically invisible to the enemies’ eyes. 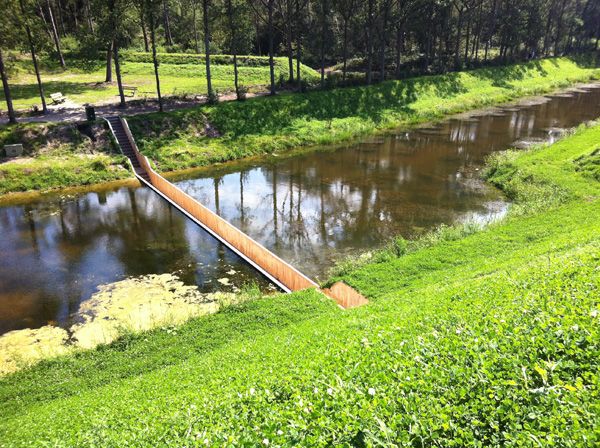 The Moses Bridge The bridge blends in the landscape so well that you can barely see it from distance. As the structure is partially submerged, the narrow trench only opens up once you are right in front of it. We can easily guess why it has taken on the name “Moses Bridge”: it appears to have divided the moat’s water and the crossing is literally like walking through the water, as featured in the biblical narrative where Moses crosses de Red Sea. The bridge covers 50m2 of constructed area and its total cost was of 250.000 euro. It is entirely made of wood (Accoya Wood and Red Angelim), waterproofed with EPDM foil. 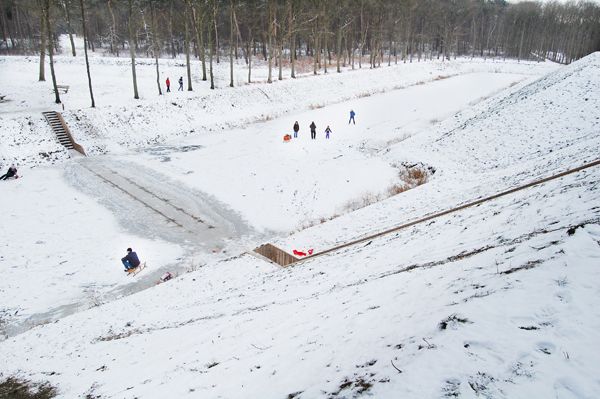 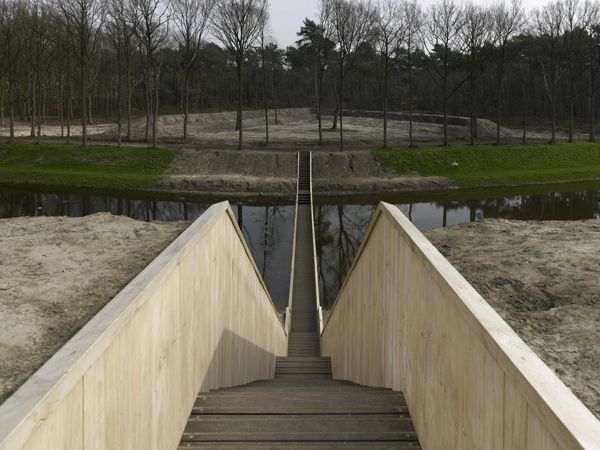 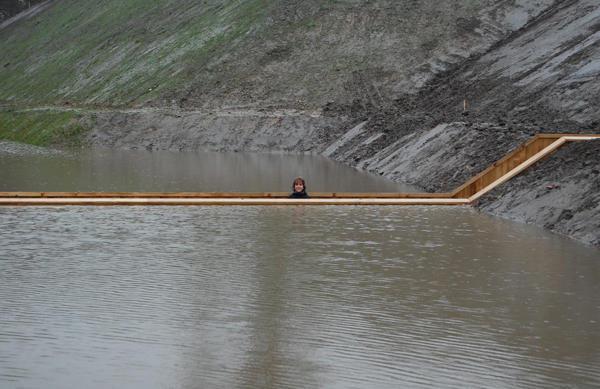 Creativity and sustainability Normally, bridges rise above to offer crossing to pedestrians but in this case they have to go down to the water level to cross, which puts people in direct contact with the moat so they can interact better with it. Moses Bridge is not just an example of great innovative design, it holds great cultural values as well, preserving Dutch history and at the same time offering recreational attractions to the local community and tourists as there are several routes for cycling and hiking from there. RO&AD say they want to work on a more sustainable world and they surely have contributed a lot with this bridge – socially, culturally and economically. You may also enjoy reading: Top 10 Pedestrian Bridges  Article written by Julia Lucchesa Featured image: Moses Bridge RO&AD Architecten Published in Blog