Royal Neighbour, by ADEPT and Mandawork, in Stockholm, Sweden. One might say that the first Global Environmental Conference was not Rio+20 in 1992, but The United Nations Conference on The Human Environment (UNCHE), which took place in 1972 in Stockholm. Although some people may disagree with this affirmation, there is no doubt that the UNCHE, whose main goal was to reduce human impact on the environment, was the first attempt at making society aware of the potential negative consequences of our existing development model on our living and to preserve the environment for coming generations. Since then, the city of Stockholm has focused on sustainable development alternatives and is still trying to maintain this reputation. Nowadays, according to the City of Stockholm, the Environment Program focuses on six key priorities: 1. Environmentally efficient transportation 2. Goods and buildings free of dangerous substances 3. Sustainable energy use 4. Sustainable use of land and water 5. Waste treatment with minimal environmental impact 6. A healthy indoor environment. As a consequence of this effort, the city of Stockholm leads the world in sustainable neighborhoods and boasts one of Europe’s largest urban development projects: Stockholm Royal Seaport or “Royal Neighbour”. 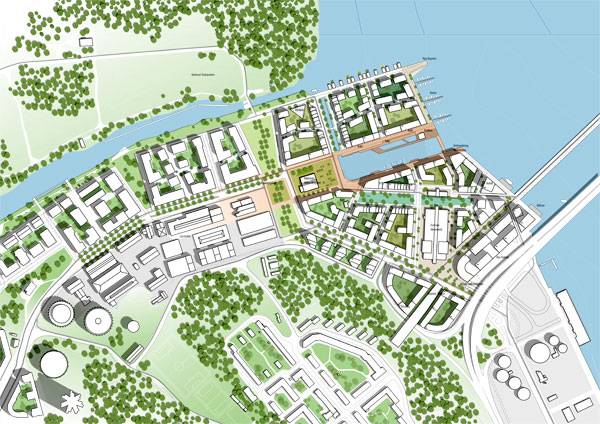 Last May, the city of Stockholm disclosed the winners of a design competition for an urban development in the area of Stockholm’s Royal Seaport, formerly a gasworks area of about 236 hectares. ADEPT and the landscape studio Mandaworks designed the winning project, and both have been working closely with the city to develop the master plan for an 18-hectare area known as Kolkagem-Ropsten.

There are plans to build more than 12,000 new properties, bringing 35,000 new jobs and a new cultural area to the site. Moreover, the designers have created three new neighborhoods, each with its own unique architectural character brought to life by several architecture studios, including Herzog & de Meuron and Tham & Videgård Arkitekter, making sure the surroundings have a considerable variety of typologies and aesthetics. In March of this year, the design studio Tham & Videgård Arkitekter unveiled a plan to build four high-rise apartment blocks constructed from solid timber on an old harbor in Stockholm. The architects are planning to use only one material — Swedish pine — throughout the entire building structure. 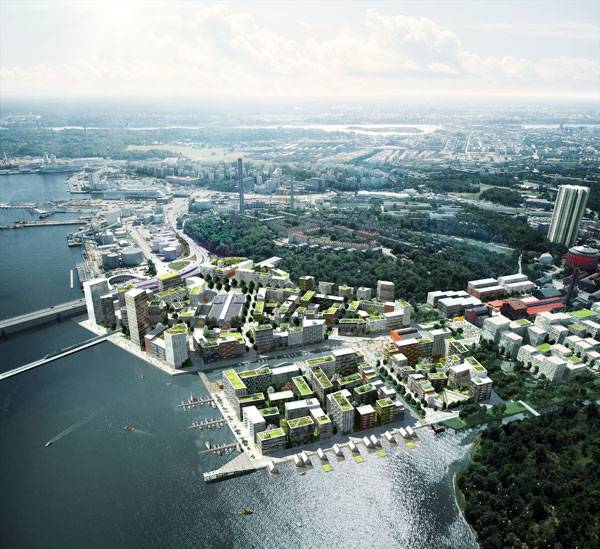 In 2013, CF Moller unveiled plans to build a 34-story skyscraper entirely of wood, also in Stockholm, as a cheaper, easier, and more sustainable solution for housing. This novel approach, using renewable materials and deviating from the existing steel and concrete solution, illustrates the potential of including a variety of designers in the development of the Stockholm Royal Seaport area. 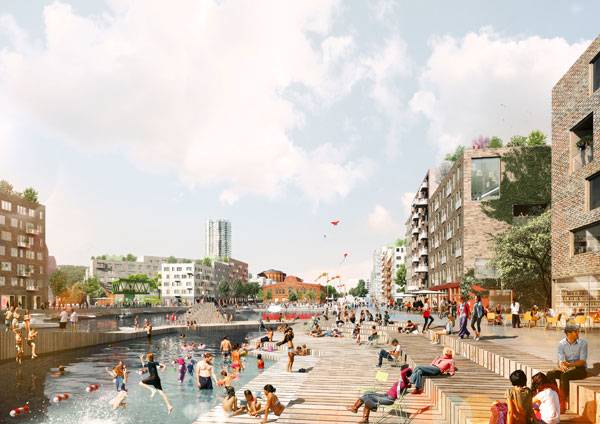 Kolkaje’s Balcony, a manmade peninsular extension of land, will be the most important of the three proposed neighborhoods. There will be a canal that will establish a scenic connection between the old and the new, forming what can be considered the core of this new urban development. The old area is the existing urban fabric and the new area will be composed of the new structure proposed by selected designers aiming to revitalize the coast. Reinforcing the Relationship Among The City of Stockholm and its Waterfront The existing port’s operation will be modernized and established on the piers, and the containers and oil-handling facilities will be moved elsewhere. Moreover, the waterfront will serve the purpose of integrating the diverse typology of buildings, as this area will host, along its extension, several public spaces for historic structures. The development of this new area is another opportunity to reinforce the relationship among the city of Stockholm, its waterfront, and the water itself. 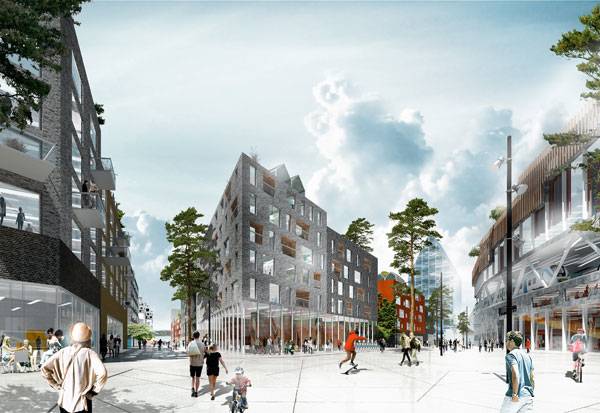 The Ropsten Plateau will be the largest proposed neighborhood. Unlike Kolkaje’s Balcony, the Ropsten Plateau will be the area focusing primarily in commercial and transportation functions, including structures such as offices, shopping centers, hotels, and mass traffic infrastructure. By using pedestrian and bicycle paths, complementing the mass transit system, the Stockholm Royal Seaport area expects to attract a diverse population to a striving sustainable and environmentally aware neighborhood.

Without a doubt, when we see a provoking and exciting project such as this one, it is more than natural to be anxious about its completion. However, the latest update regarding the project schedule confirms to have phase one starting in 2017. All the other remaining phases of construction are expected to be finished by 2030. In conclusion, when it comes to sustainability, it is great to see how far the city of Stockholm has been reaching since 1972. Certainly, it is a project worth following closely, and is an outstanding example of a sustainable project and a free lesson on why we should keep pushing ourselves to do better in the urban development realm and seek more environmentally conscious solutions no matter what. 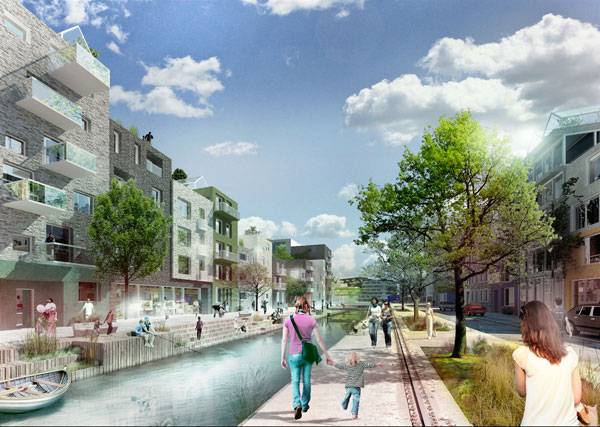