Formed in 1964, the New Jersey Chapter of the American Society of Landscape Architects will be celebrating its 50-year anniversary in 2014.

In an effort to reaffirm the history of our Chapter, we would like to introduce you to some of our founding members. Attendees at the first meeting held in 1964 included:  Don Richardson, Paul Krarup, Ross Pell, Larry Dumont, Lu Miceli, John Weed, Richard Cripps, Elizabeth Pattee, Russ Butler, Al Dilischer, Max Heim, Roy H. DeBoer, Oliver Deakin, John Haleck and Jeff Hall.

Roy H. DeBoer (FASLA , Professor Emeritus of Landscape Architecture at Rutgers University) was the New Jersey Chapter’s fifth President. Roy earned his undergraduate degree from Cornell University in 1955 and his Master of Science in Horticulture, Planning and Microclimate in 1959. Roy taught at Rutgers for 49 years, beginning in 1955. He was a faculty member in the Department of Horticulture and Forestry and created the Department of Landscape Architecture.

Roy has received numerous awards over the years, owing to his dedication and recognition as an educator and advocator of landscape architecture. In 2000, Roy DeBoer was the recipient of the First Jot D. Carpenter Memorial Prize and Medal given by the American Society of Landscape Architects. The award for landscape architecture educators was established in 2000 to honor the late Prof. Jot D. Carpenter, a long-time advocate for academic excellence and student involvement in the profession.

There were no “annual meetings” during the early years of the Chapter. A number of meetings were held each year, at various locations, mainly in Central Jersey, such as Collins Auditorium at Blake Hall on the Cook Campus and the Forsgate Country Club, off Exit 8A of the New Jersey Turnpike. Average attendance at these meetings was 50-60 members, but a few drew as many as 100 or more landscape architects. 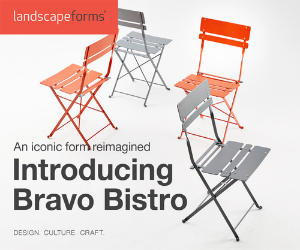