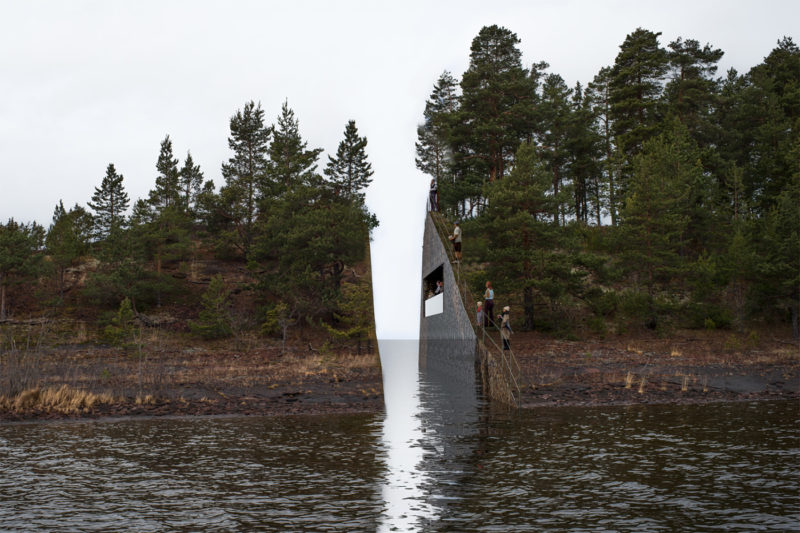 It’s been nearly three years since a right-wing extremist blew up a bomb in the city of Oslo and then attacked a summer camp on the coast of Norway. These horrifying terror attacks claimed 77 lives in total, marking the deadliest attack in Norway since World War II.

To commemorate the victims, Swedish artist Jonas Dahlberg was recently awarded the bid to design Norway’s memorial after a closed competition. Titled the “Memorial Wound,” the winning entry uses land art as a major component. 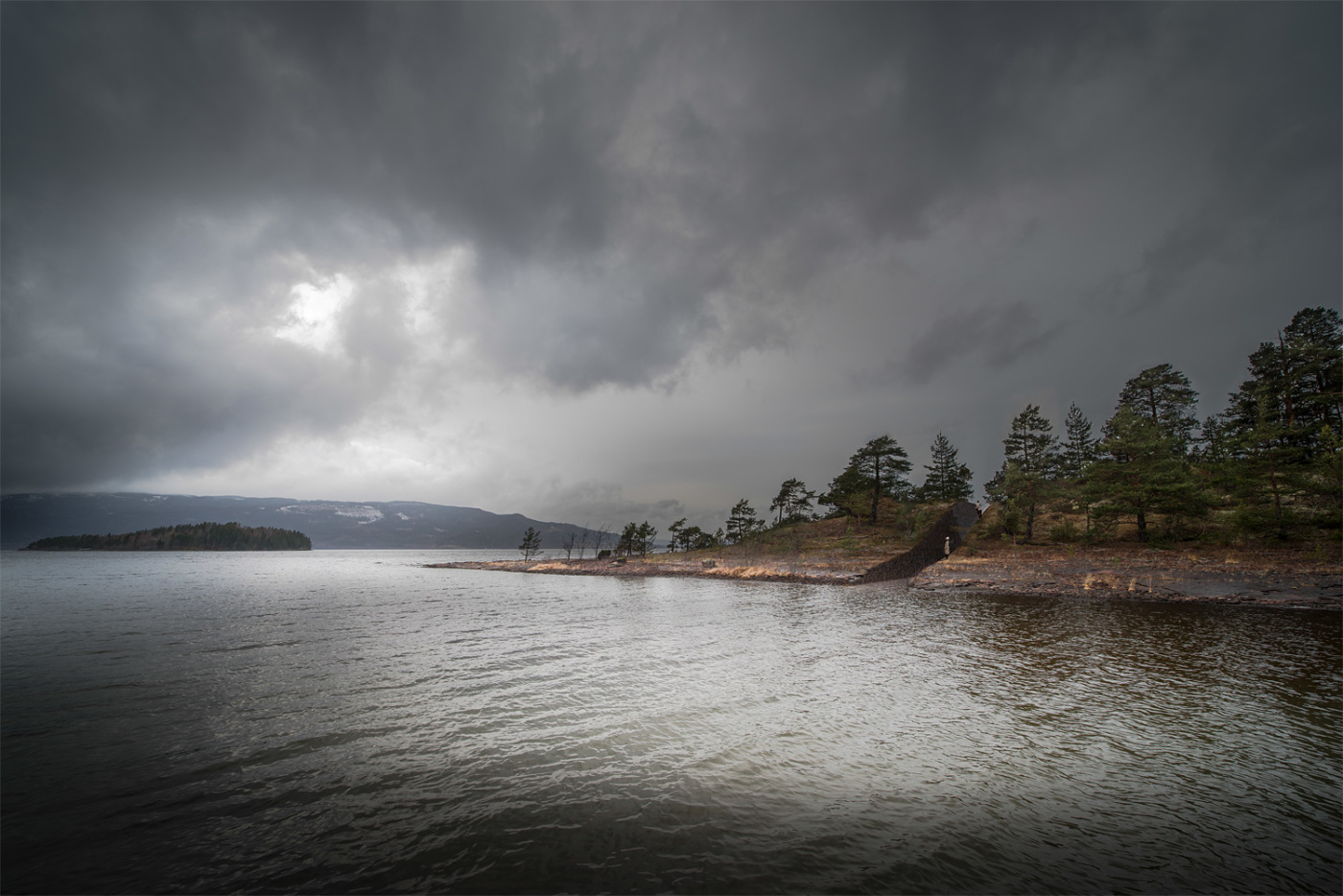 The first memorial will be located on the Sørbråten peninsula facing the island of Utøya. The memorial is designed to be a “wound or cut within nature itself,” says Dahlberg. “I noticed how different the feeling was of walking outside in nature, compared to the feeling of walking through the rooms of the main building. The experience of seeing the vacant rooms and the traces of extreme violence brought me—and others around me—to a state of profound sadness.”

Outside, however, the environment feels very different, as though nature was already in regeneration. “Although we stood directly on the very place where many people had lost their lives, nature had already begun to obscure all traces,” he explains. 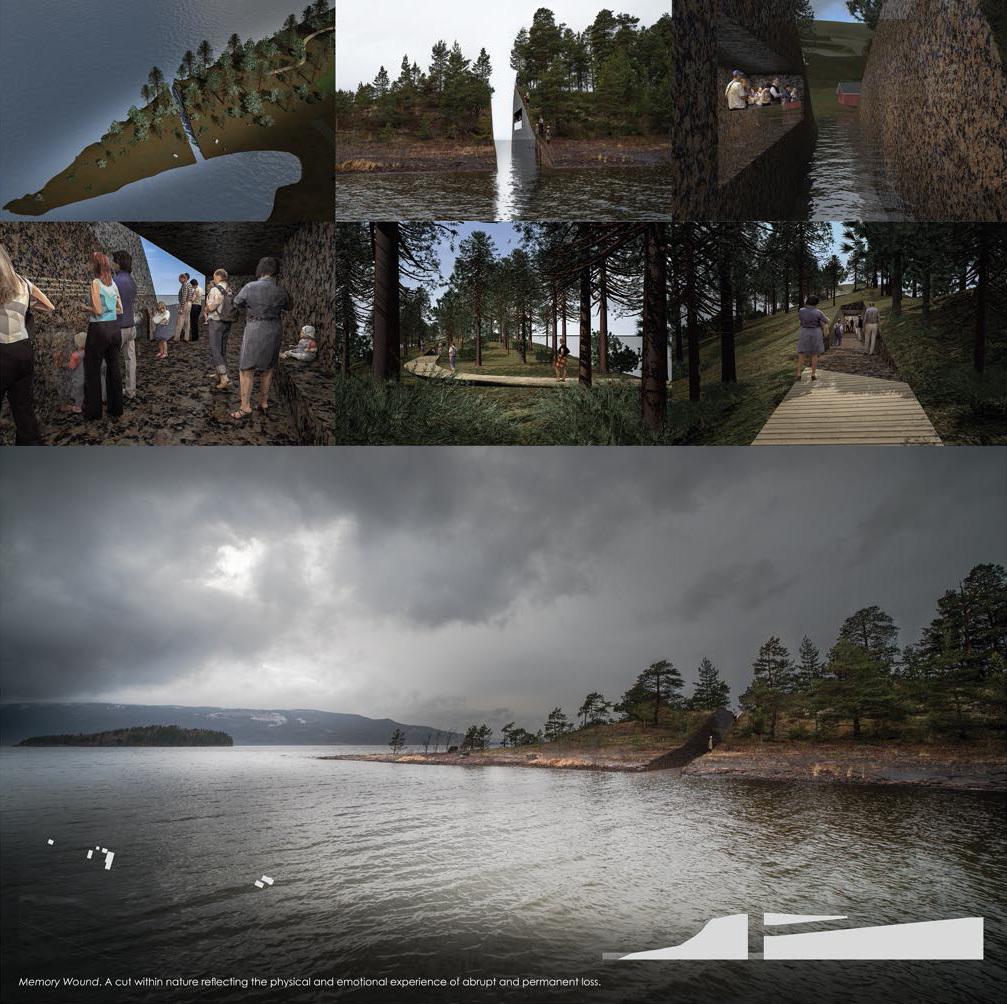 The design concept slices the rocky promontory in two, creating a 70-foot wide channel between the two land masses. The names of the victims will be inscribed on one side of the gap and a viewing platform for visitors will be located opposite. “The names will be close enough to see and read clearly, yet ultimately out of reach,” says Dahlberg, “the cut is an acknowledgement of what is forever irreplaceable.” 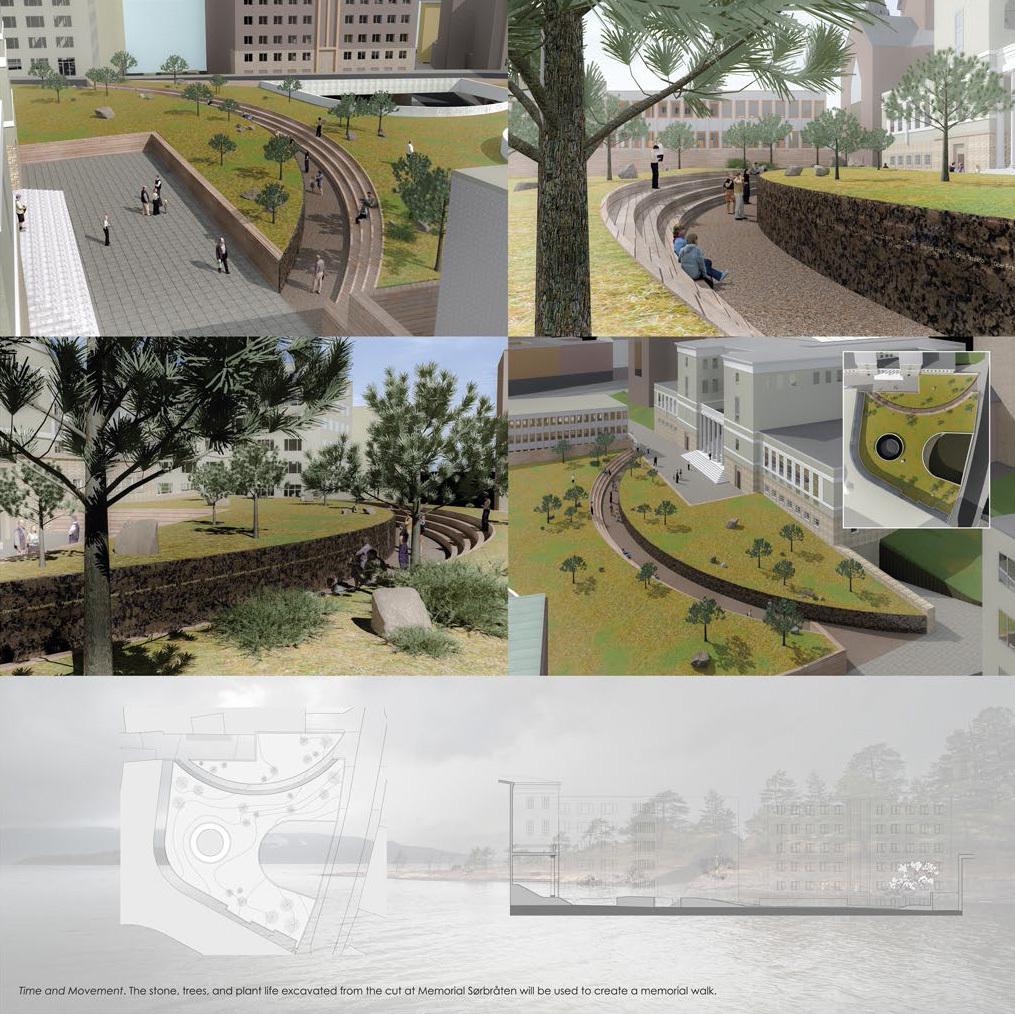 To strengthen the connection between the two memorial sites, Dahlberg proposes using excavated material from the “wound” in Utøya as the foundation for the temporary–and later permanent–memorial in Oslo. Trees and plant life from the rocky island landscape would also be transported to the Oslo site as well.

Similar to the design at Utoya, the Oslo memorial will cut into the land to create another “channel.” One side of the channel is enclosed by a curving wall engraved with the names of those who perished in the attacks, a design reminiscent of the Vietnam Veterans Memorial. The other side would consist of seating or steps that connect to an elevated landscape planted with Utoya trees.

These “symbols of regeneration,” writes Dalhberg, “from the trees along with the inscribed names, will be transferred to the permanent memorial, carrying with them the patina and fullness that comes with the passage of time.”

Images via KORO
Benjamin Boyd is a landscape designer in Baltimore, Maryland. You can follow him on Twitter at @benboyduf.
Published in Blog