When Frederick Law Olmsted unveiled his plans for Central Park in 1858, the young profession of landscape architecture made its debut onto the world stage. Few projects since then have made such an impact on the meaning of parkland until the opening of the High Line five years ago this month.

The 1.45-mile linear park (1 mile completed to date) has literally ‘elevated’ the concept of integrating cities and nature to mainstream status. Where Olmsted established the notion of a municipal park system to serve the needs of city dwellers to enjoy the outdoors, James Corner and his cohorts have proved that the natural and built environment can co-exist on an even more intimate basis. 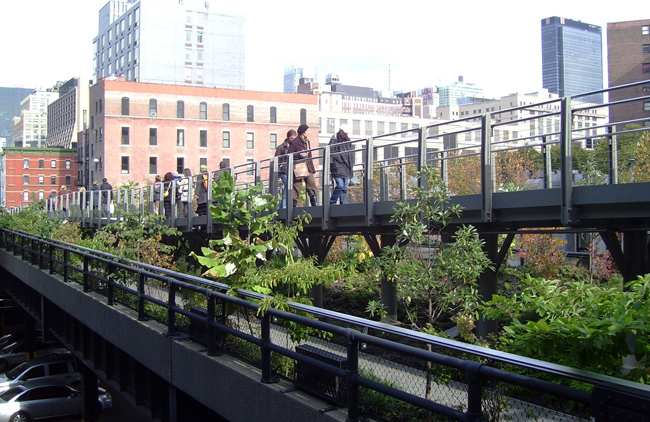 This seamless meshing of architecture and nature has long been a vision of landscape architects, but it took the pro-urban sustainability agenda of ex-mayor Bloomberg, the remarkable creativity of the design team and the recognition by the community that pulled together a project to demonstrate this principle in a meaningful and lasting way to a global audience.

The High Line story goes back to 1934 when it was built to replace the existing street level freight line running through New York’s industrial core on the Lower West Side. By elevating the railway, conflicts with vehicular and pedestrian traffic would be eliminated and the rail structure could be integrated directly with the factories and food processing plants that relied on it. 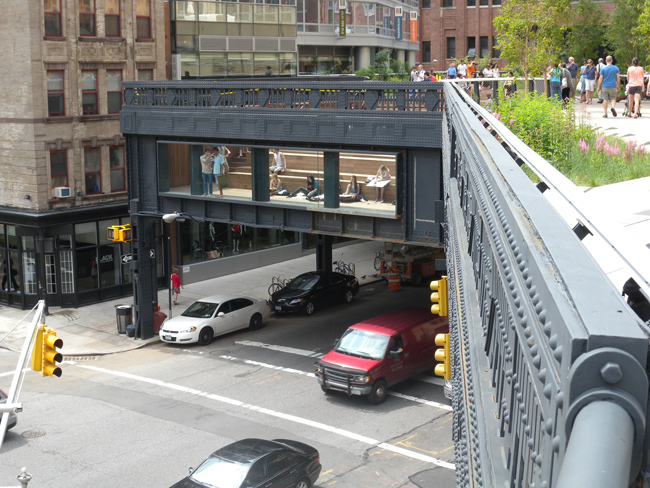 The vertical expansion of urban infrastructure made sense to city planners 80 years ago and the idea has now been transposed to another context: greenspace. Instead of delivering timber, iron ore, produce and livestock to be processed into commodities for distribution to the world, the re-purposed High Line moves New Yorkers to and from a network of condos, office buildings, shops, restaurants, galleries and event venues along a green swath of hanging gardens  and spreads the vision of pedestrian-dominated cityscapes to the world.

Beginning in the 1950s, the predominance of interstate trucking in the freight industry drove the High Line into obsolescence by the early 80s. The plants that colonized the gravel bed of the abandoned tracks later became design inspiration in its reincarnation as a park. Left to its own devices, nature always creeps into cities in an attempt to initiate the process of natural succession that landscape architects must take stewardship of. 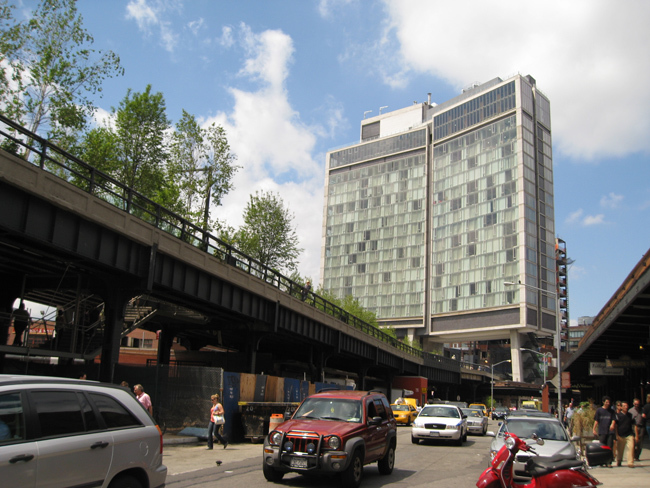 Rather than wiping the slate clean and imposing sterile new infrastructure, the High Line is a prime example of working with the forces of nature and harnessing their ability to improve environmental quality and the quality of human life. It is an expression of the sentiments behind green rooftops, living walls and vertical farms manifested artfully and eloquently in New York City, a global hub for leading innovation and culture. The High Line has helped boost landscape architecture from relative obscurity to one of the leading practices increasingly looked to for solutions to the biggest challenges of the 21st century.

Friends of the High Line celebrated the 5th anniversary of the High Line yesterday at the Pie In the Sky event that offered free pie and lemonade all day. You can join in the celebration of this momentous occasion by attending their tours, events, and the highly anticipated 2014 Summer Party on the High Line kickoff later this month. 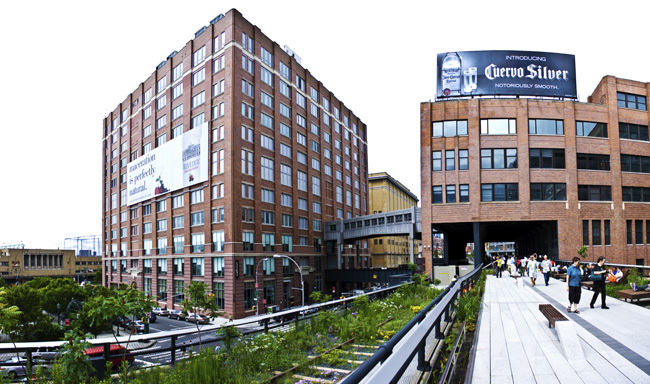