With urban agriculture popping up everywhere, we take a step back and look at some unresolved issues that need to be addressed before we can consider urban agriculture as a permanent solution to our food needs. Urban agriculture — also known as urban farming, guerilla farming, foodscaping, and by many other terms relating to agricultural practices in the middle of the city — is becoming all the rage in societies all over the world. Urban agriculture provides many benefits, including food security for people in the city, a reduction of energy used in conventional agricultural practices and food service, a reduction of carbon footprints, and environmental services for cities in terms of providing open green space. All over the world, people are turning unused lots, back yards, and even rooftops into gardens. Imagine if this movement could grow so massive that cities would no longer have to depend on rural and suburban agriculture to produce food for their own citizens. WATCH: TEDxZurich – Roman Gaus – Urban Farming

The Problem with Urban Agriculture 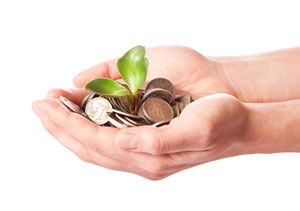 Feasability issues may get in the way of a progressive urban farming soceity. Image credit: 401(K) 2012. Licensed under CC 2.0

As we all know, in a big city there are no more spaces left on which to build; they even sometimes lack open green space. Even when there are still unused public or private lands, the prices are sky high. While urban agricultural practices often put idle land into productive use, in other cases, farmers take over land planned or set aside for other purposes, mostly economic purposes. The government usually believes that where the use of land is not managed and an economic rent is not paid, urban farming may be an economically or environmentally inefficient use of the property. These land rent issues sometimes become the biggest obstacle to urban agriculture when a government does not pay enough attention to regulating land use to encourage farming. Related Articles: 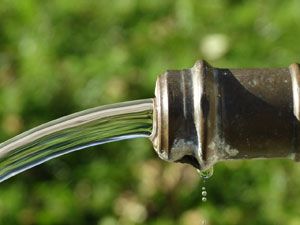 Where exactly will the water be coming from? Photo licensed under CC0

According to Urban Agriculture: Food Jobs and Sustainable Cities, published by The Urban Agriculture Network, some urban farmers are still using water from the potable municipal water supply, which can create water shortages in the city. A survey showed that although four of 10 households active in gardening in Amman, Jordan, use some gray water for irrigation, most households (86 percent) rely on the public water network for at least part of their irrigation needs. Overuse of surface or groundwater can reduce the city water supply. In some of the cities, this problem is well mitigated by using treated wastewater for irrigation. Low-cost water-saving technologies such as underground and drip irrigation also can help to increase water efficiency, as can allowing safe use of low-quality water resources in some cases. Soil and Water Pollution Lead to Waterborne Diseases According to FAO, inappropriate and excessive use of agricultural inputs from pesticides, fertilizer, nitrogen, and raw organic matter can pollute the soil in an urban area. The chemical substances become residues in the soil, making it less fertile or even poisonous in the long term. These residues then may leach or runoff into the main water sources of the city. Chemical and mycobacterial contamination of the water sources can lead to several waterborne diseases, such as dysentery, salmonella, cholera, and schistosomisis. Contaminated Food – Serious Health Problems Urban areas used as farms are highly susceptible to containing toxic substances, such as heavy metals including lead, zinc, copper, tin, mercury, and arsenic. The main sources of metals in urban soils are mainly from emissions from factories, automobiles, and sewage. The high amount of heavy metal substances may lead to a serious health problem for consumers. The contaminated food issue becomes even worse if there is an occurrence of food-borne parasitic disease caused by poor hygiene in an urban area. Air Pollution The old problem of any agricultural practice is still the conventional use of pesticides. For urban agriculture, it becomes even worse, because harmful chemicals applied in the middle of the city travel into the atmosphere of the dense and crowded urban environment, potentially harming a big population. Allergies, cancer, birth defects, male sterility, contamination of breast milk, genetic mutations, respiratory diseases, behavioral changes, and a variety of intestinal disorders could add another problem for the city if the pesticides issue not handled properly. 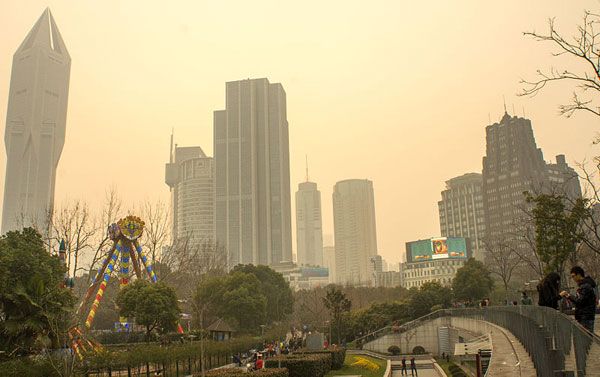 Would you want your food growing in the middle of a polluted city? Image: Sunset over People’s Square on a polluted day, Shanghai. Image creditL Author: HeroicLife. Licensed under CC 2.0

Aesthetic Issues Some people say that urban agriculture is giving an unpleasant view of the city. What do you think? In some cases, the image of a cattle corral, pigs at a town dump, poorly tended vegetable patches in a community park, or chickens in a front yard can be offensive to many. Because urban agriculture is more exposed to public view, it should be well designed to make sure the visual appearance is as sweet as possible. And it goes without saying that this aesthetic issue is a landscape architect’s responsibility, so it is our duty to bring this practice into the city in a beautiful way. 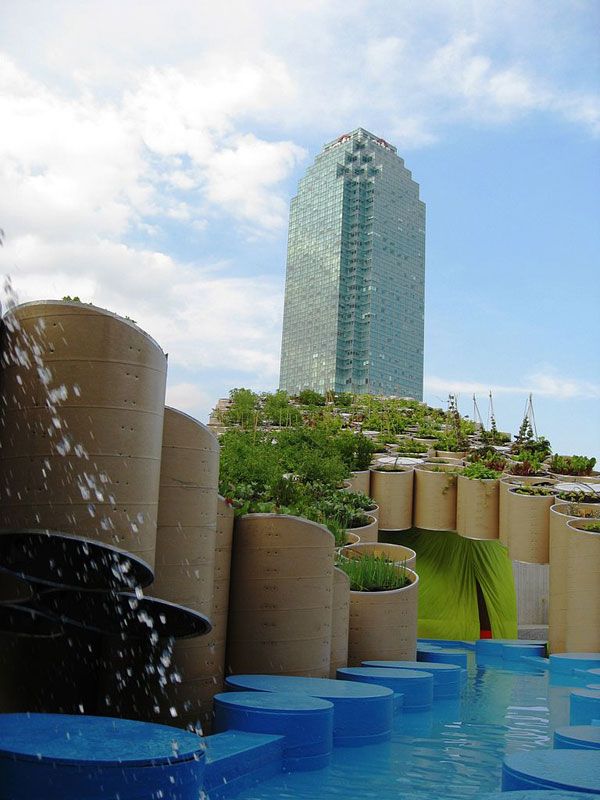 All of these problems can be an obvious reason to ban or stop urban agricultural practices. But can you imagine all the possibilities we could lose as exploding population growth and food security become major issues in the world? It’s just too much. There are a million ways to solve the problem without sacrificing the opportunity to stop world hunger. Recommended Reading: