Are we limited by our landscape? Do the constraints of our habitat force us to conform to nature’s restrictions? Fifty years ago, the answer was a resounding yes. Our ancestral farmers knew the basics to plant fertility: light, water, and nutrients. Without these three elements, there was no hope of developing a landscape. But as the concept of landscape design evolves, there emerges a new frontier for the adventurous innovator: designing the uncharted landscape of mountain, volcano, and desert. Rak Jebel Al Jais Mountain Resort by OMA 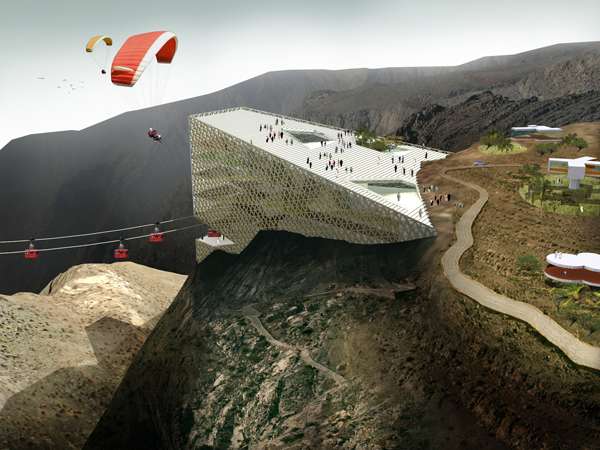 For instance, look at Rak Jebel Al Jais Mountain, Ras Al Khaimah, United Arab Emirates. Not surprisingly, the UAE is continuing its awe-inspiring growth spurt by challenging the most uncompromising mountainous terrain. The construction of a mega resort perched on the edge of the highest mountain range in the UAE is under way, punching the concept of natural constraints in the gut. 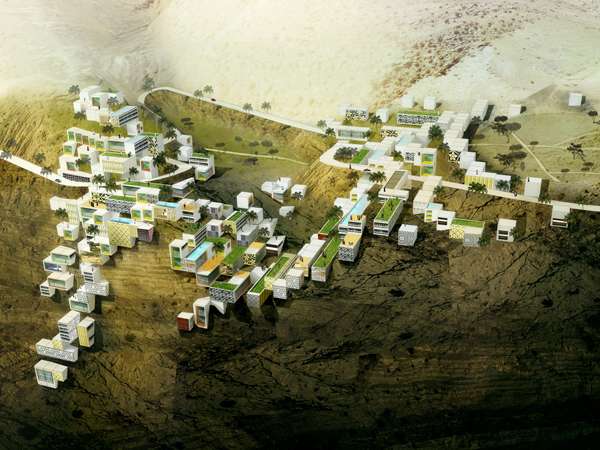 The design includes major attractions for tourists, including lavish rooms, pools, and shopping centers. It also includes a beautifully depicted landscape design; lush, green, and vibrant. The completed resort will be a testament to the UAE’s economic and technological prowess, surpassing even the limits of natural habitat. Enthusiasts of the project are praising its tourism potential and the wonder of human invention, while critics are questioning its sustainability and accessibility. 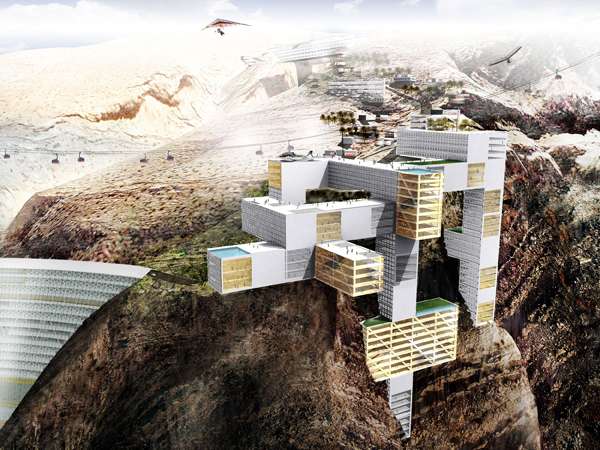 The proposed landscape design for the new resort is ambitious to the point of incredulity. The palms and native shrubs that flourish in the warm climate of the lowlands are not suitable for the wind-swept, barren mountain range. The renderings of the resort give it a tropical, sunny feel, but in reality, temperatures can dip below freezing and there have been reports of snow on the highest peaks. Is this plan overreaching nature’s boundaries? Or will the resort oasis be a miracle of man’s achievements? We’ll keep an eye on the project as it progresses. 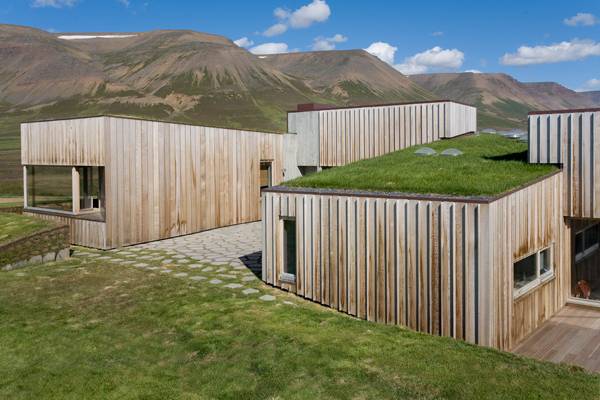 Spin the globe to the northwest and we end up on an island country that has had its share of environmental challenges. Iceland is renowned for its volatile volcanic landscape due to its location on the Mid-Atlantic Ridge. Its sparse and often sandy soil, along with its frigid climate and the threat of volcanic activity, make it a home to only the toughest native plants.  Add into this the constant threat of erosion caused by the early settlers’ deforestation of the island, and you get an idea of the difficulties facing Iceland’s landscape designers. Their solution? Native plantings. Reforestation.

And working with sustainable buildings. In essence, they are slowly rebuilding the destruction caused by previous generations. Leaders in environmentally sustainable buildings such as the passive solar Hof House, Icelandic designers set the standards for landscape architecture. The interplay between the buildings and the landscape is harmonious enough to paint a futuristic model for other countries choosing greener options. Rather than bickering with nature, the Icelandic people have chosen to harness and cooperate with their surroundings, philosophizing that if you can’t beat it, join it. Overview of Alice Springs Park In the southern hemisphere, the island continent of Australia has adopted this approach to landscaping its inhospitable spaces, as well. Australia displays a chunk of each type of climate, from flora-filled jungle to sunburned desert. In the central region of the Northern Territory, Alice Springs Park is the product of an interactive, award-winning design by Hassell landscape architects that exhibits the use of native desert plants. Created to raise awareness of the diverse biology of the “outback”, Alice Springs Park veers away from typical, water-guzzling ornamental plantings and incorporates an often-ignored indigenous plant population for beautification. Highlighting the responsibility of human interaction with the landscape and our contribution to its longevity, Alice Springs Park challenges each visitor to embrace their environment and to create beauty within it. It blurs the lines between the natural and designed landscape to exemplify the potential of arid landscape design. By marrying landscape design with native species, Hassell reinvents the concept of green space in Australia’s desert, and the resulting union is one of graceful sustainability. More and more, landscape architecture is playing a prominent role in society as it adapts humanity’s stark ecological footprint to nature’s impartiality. The interaction of designs with their environment rather than being the cookie-cutter and aiming to produce unrealistic ideas not only breaks through preconceived notions of beauty in the landscape, it makes the impossible possible. Recommended Reading: